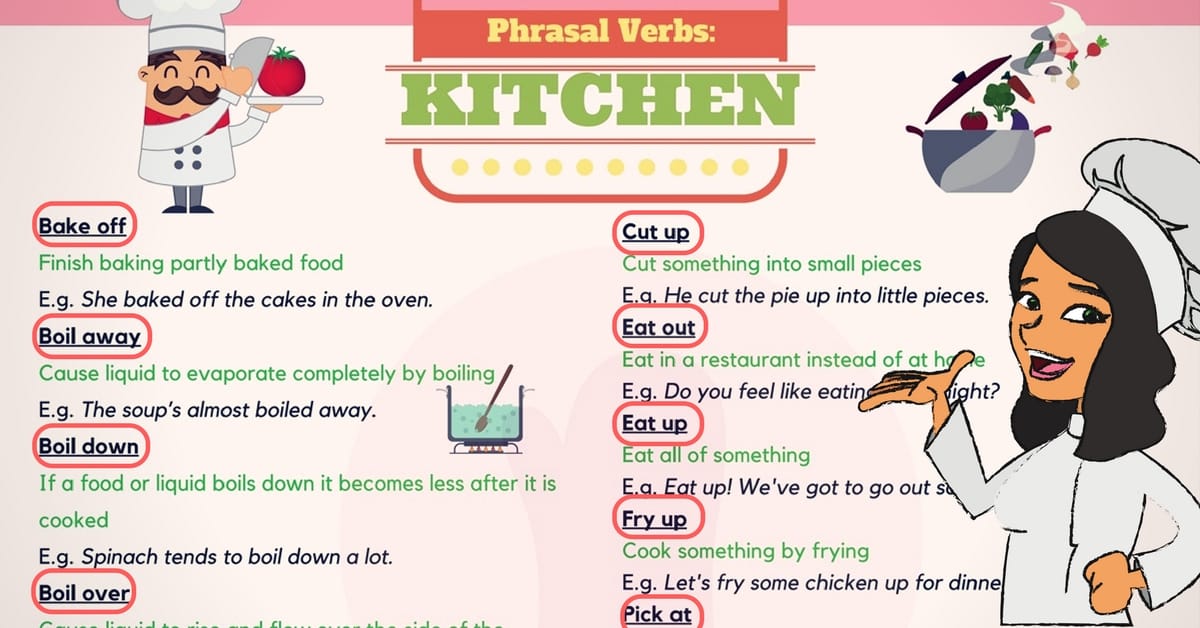 Learn Useful Phrasal Verbs about Food and Cooking with their meaning and examples in English.

Common phrasal verbs that native English speakers use to talk about food and cooking.

Example: She baked off the cakes in the oven.

Meaning: Cause liquid to evaporate completely by boiling

Example: The soup’s almost boiled away.

Meaning: If a food or liquid boils down it becomes less after it is cooked

Example: Spinach tends to boil down a lot.

Meaning: Cause liquid to rise and flow over the side of the container

Example: The milk was boiling over on the stove behind her.

Example: She bolted down her lunch and rushed back to work.

Meaning: Remove something by cutting it

Example: You should cut the tops off the carrots first.

Meaning: Shape or form by cutting

Example: She cut several pieces of pastry out.

Meaning: Cut something into small pieces

Example: He cut the pie up into little pieces.

Meaning: Eat in a restaurant instead of at home

Meaning: Eat all of something

Example: Eat up! We’ve got to go out soon.

Meaning: Cook something by frying

Example: Let’s fry some chicken up for dinner.

Meaning: Eat only small amounts of a meal

Example: Most of the time he just picks at his food.

Example: Kids pigging out on junk food and soda.

Meaning: Cut something from a larger piece

Example: She sliced off a piece of sausage.

Meaning: Quickly make a meal or something to eat

Example: She whipped up a delicious lunch for us in 15 minutes. 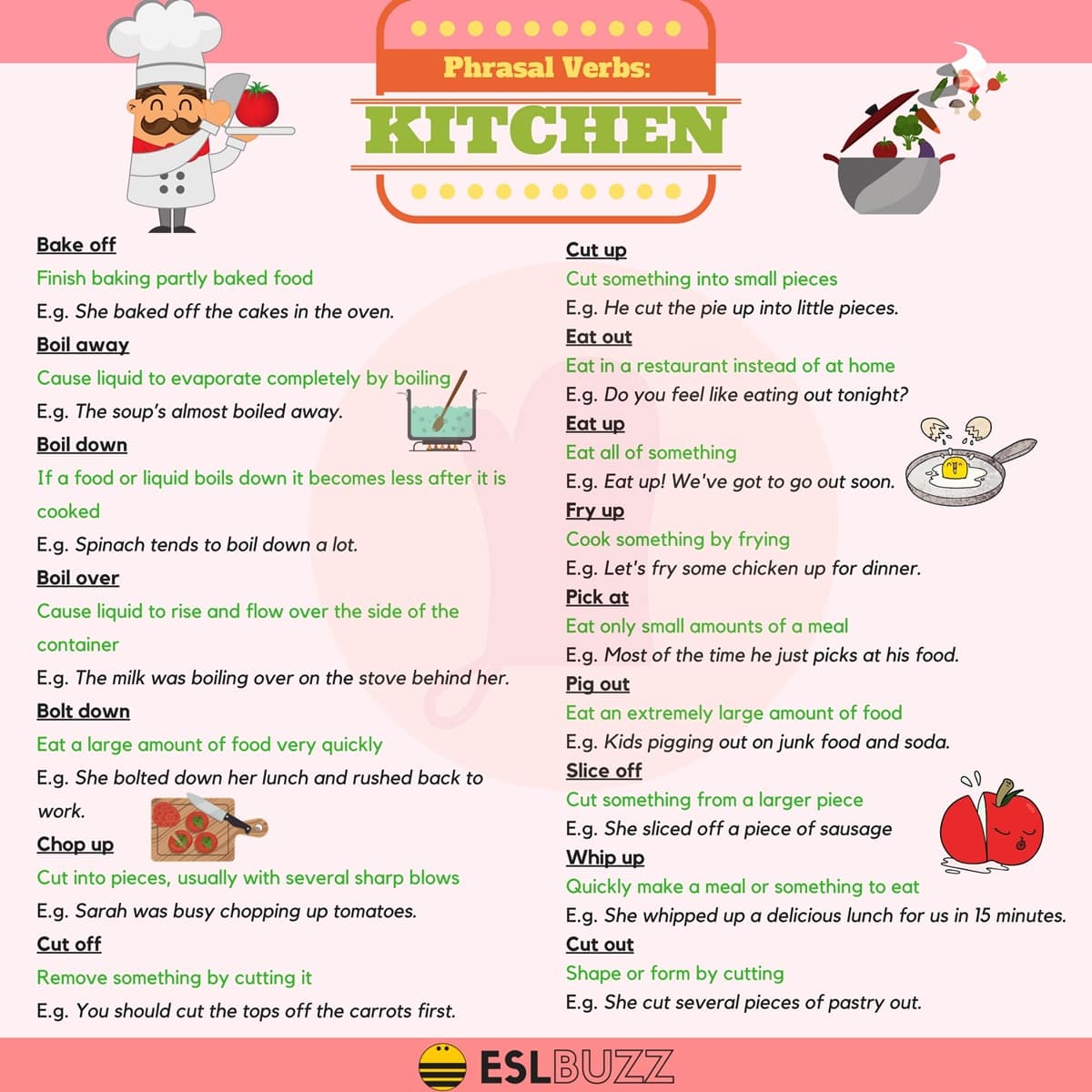