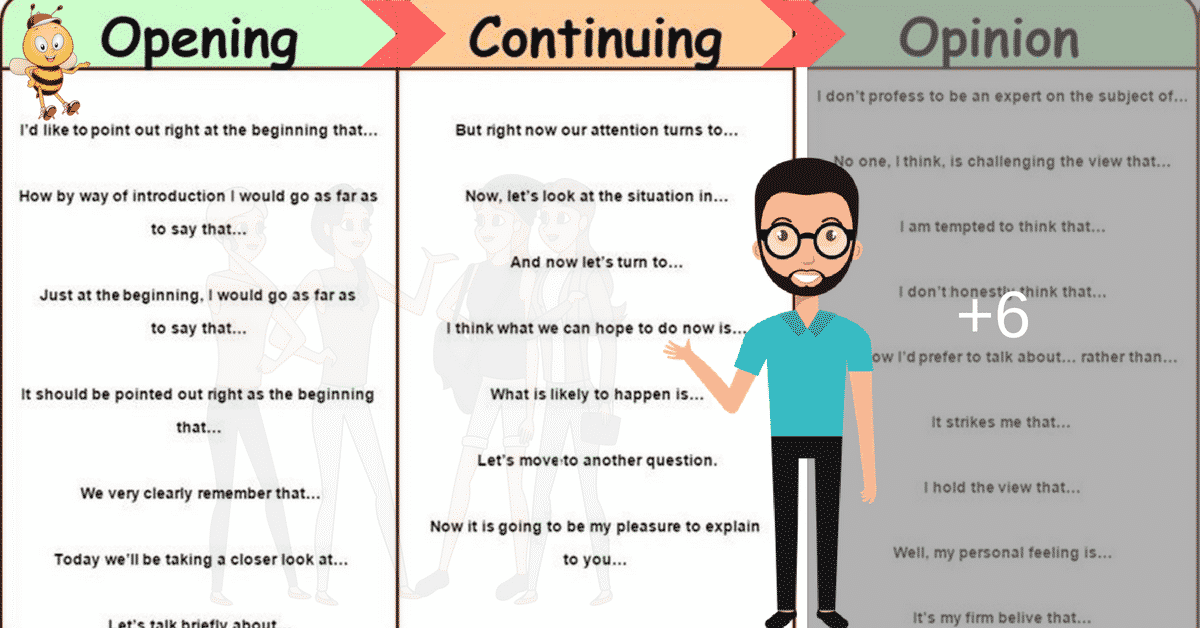 Useful Expressions to Use In Group Discussions

1. When you start saying something / contributing to a conversation

2. What can you say instead of “I think”

3. When you want to stress your “personal opinion”:

5. When you want to say the “opposite” of what someone else said:

6. When you are “quite sure” of something:

9. If you should want to “correct a mistake”:

10. When you want to distinguish one aspect from the other:

12. When you want to “emphasize” something:

Useful Expressions to Use In Group Discussions | Image 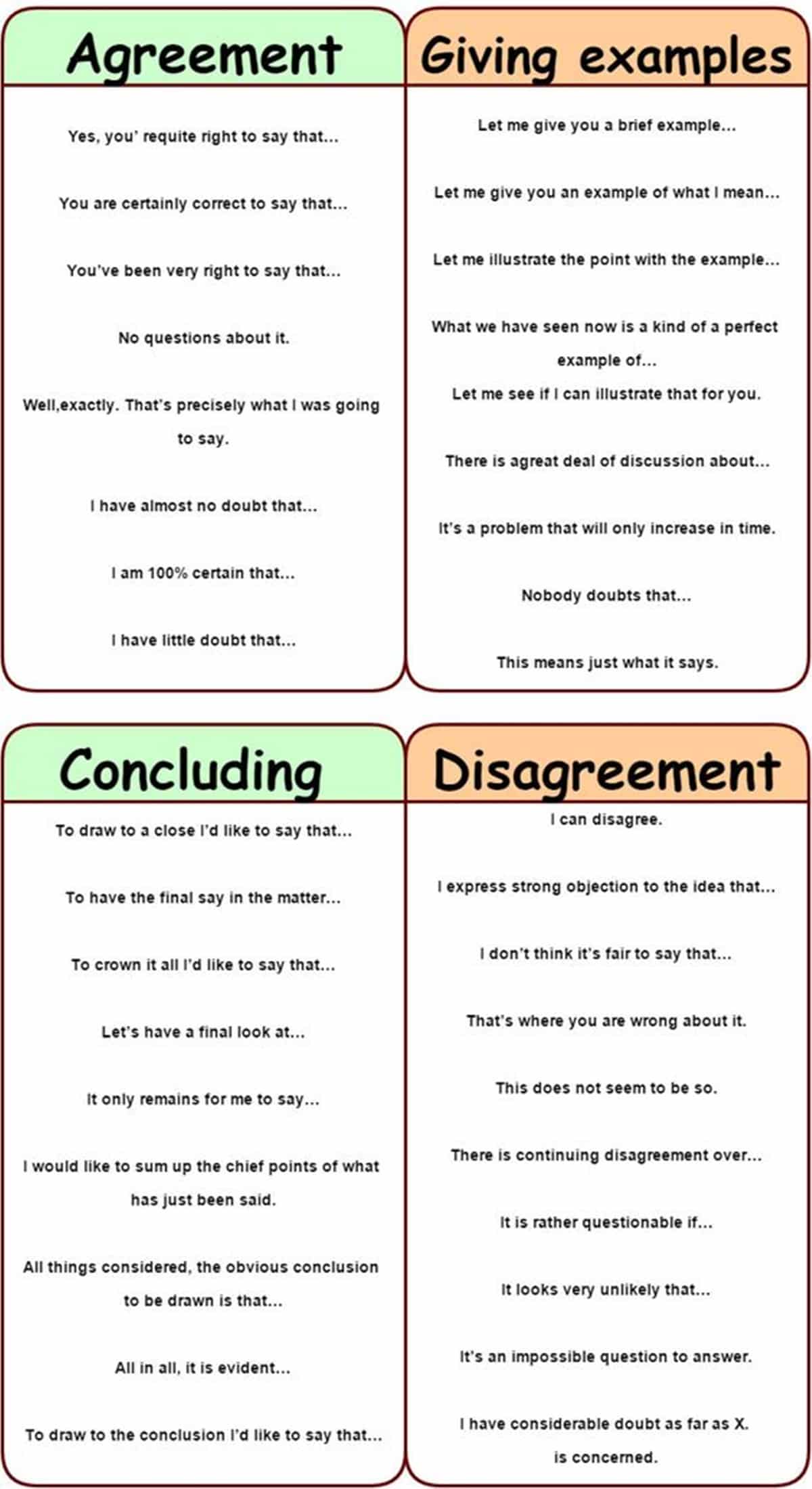 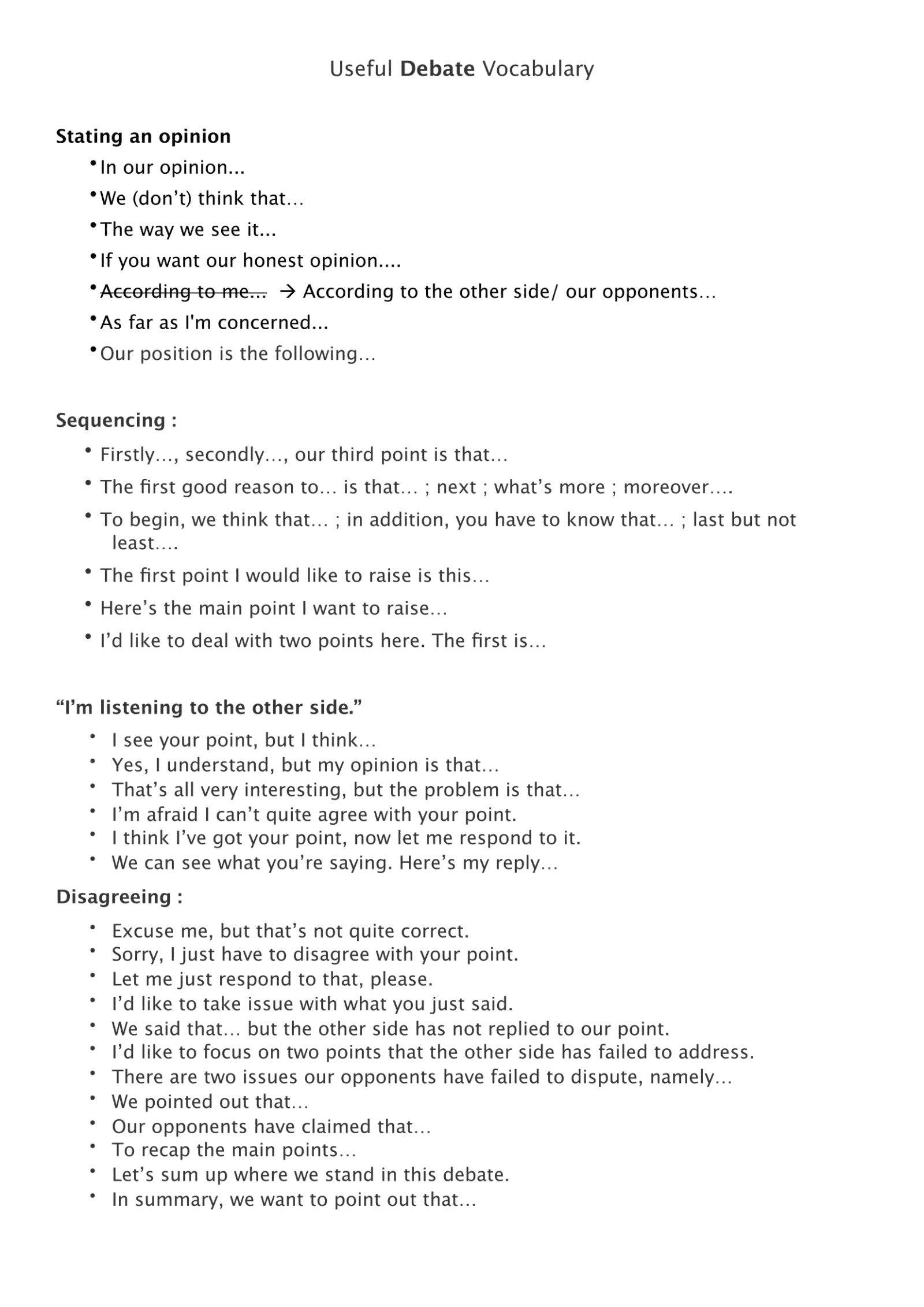 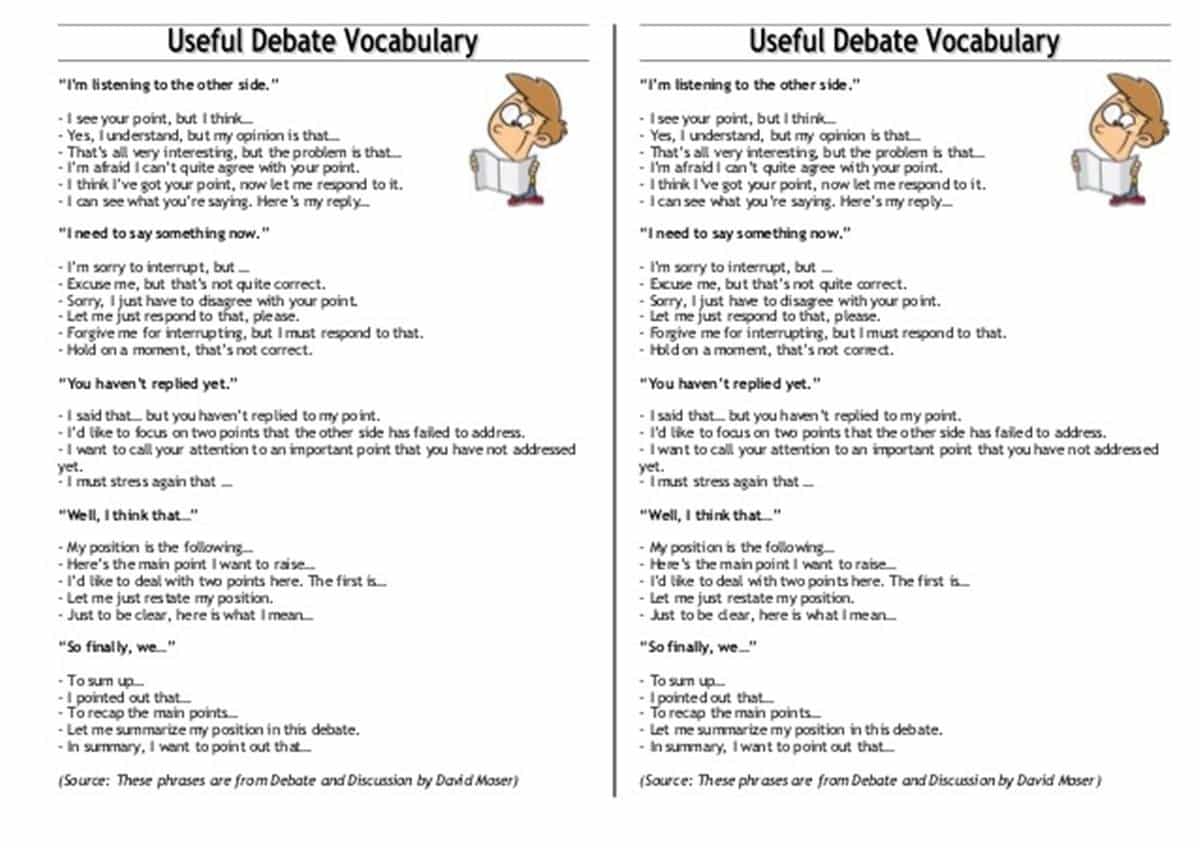