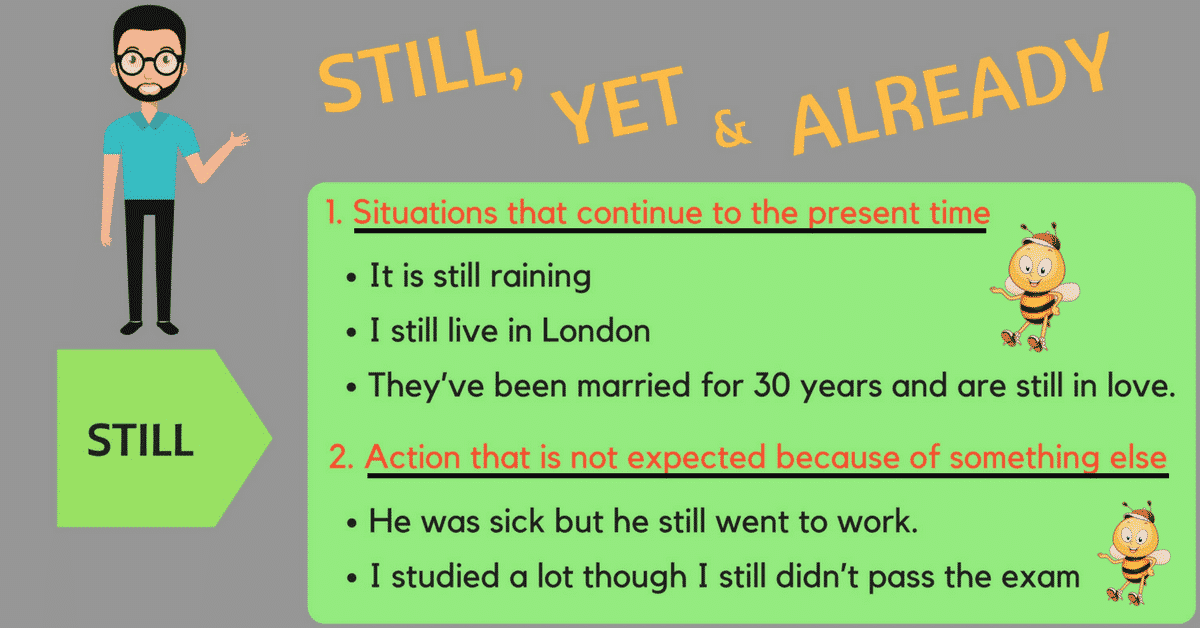 Still vs Yet vs Already! Still, yet and already are words which often cause trouble for students of English. So let’s try and distinguish clearly between them.

Still vs Yet vs Already

When to Use STILL

a. Situations that continue to the present time. It is used in the past present or future. Still is placed in front of the main verb:

b. Action that is not expected because of something else

Still is placed after the verb to be and before an adjective:

When to Use YET

a. To ask if something expected has happened.

b. To say something expected hasn’t happened.

When to Use ALREADY

a. An action has happened sooner than expected.

b. “Already” is placed after the verb to be and before the adjective like “still”:

Still vs Yet vs Already | Image

Difference between Still vs Yet vs Already 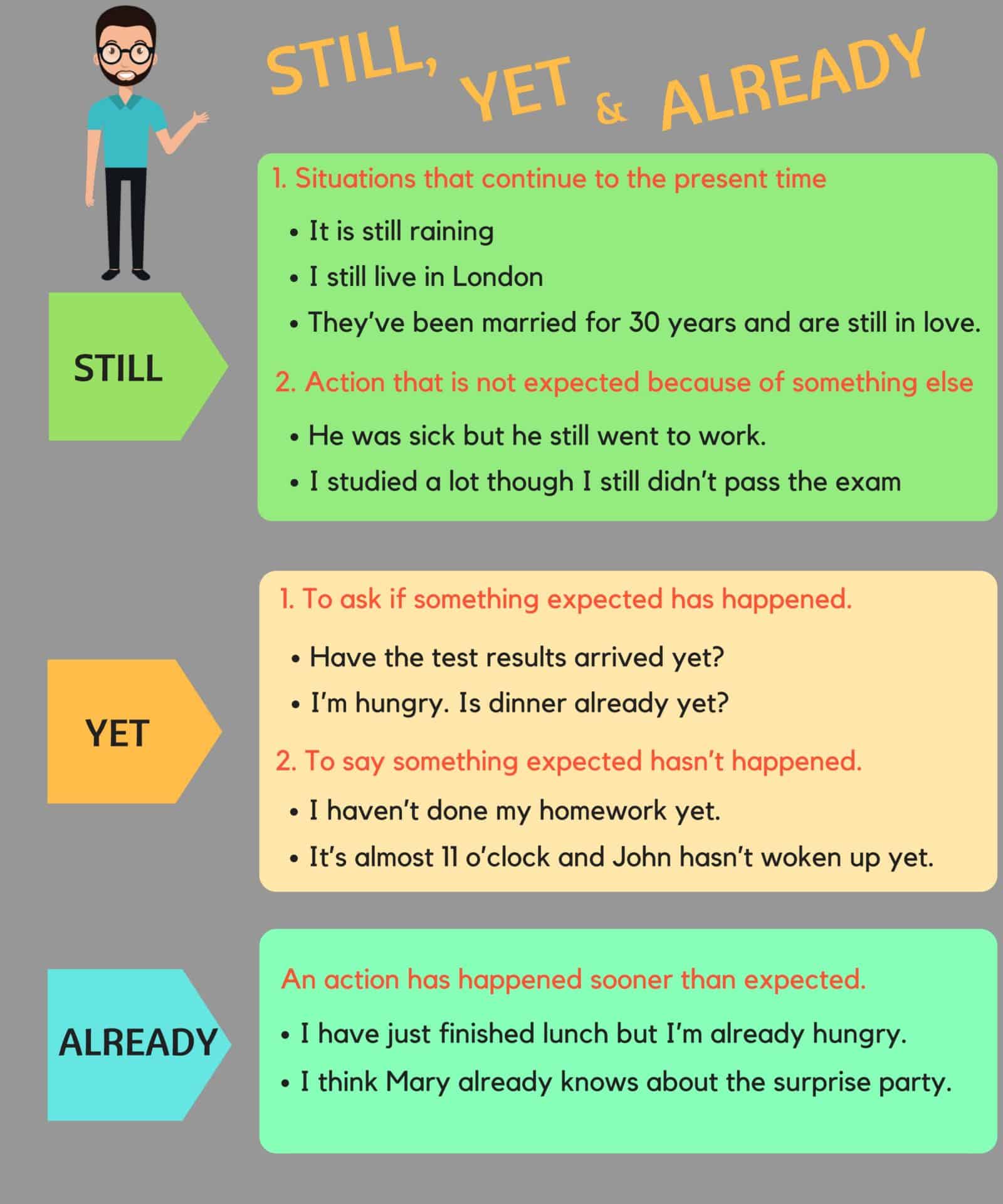 I need Difference anything Words and English