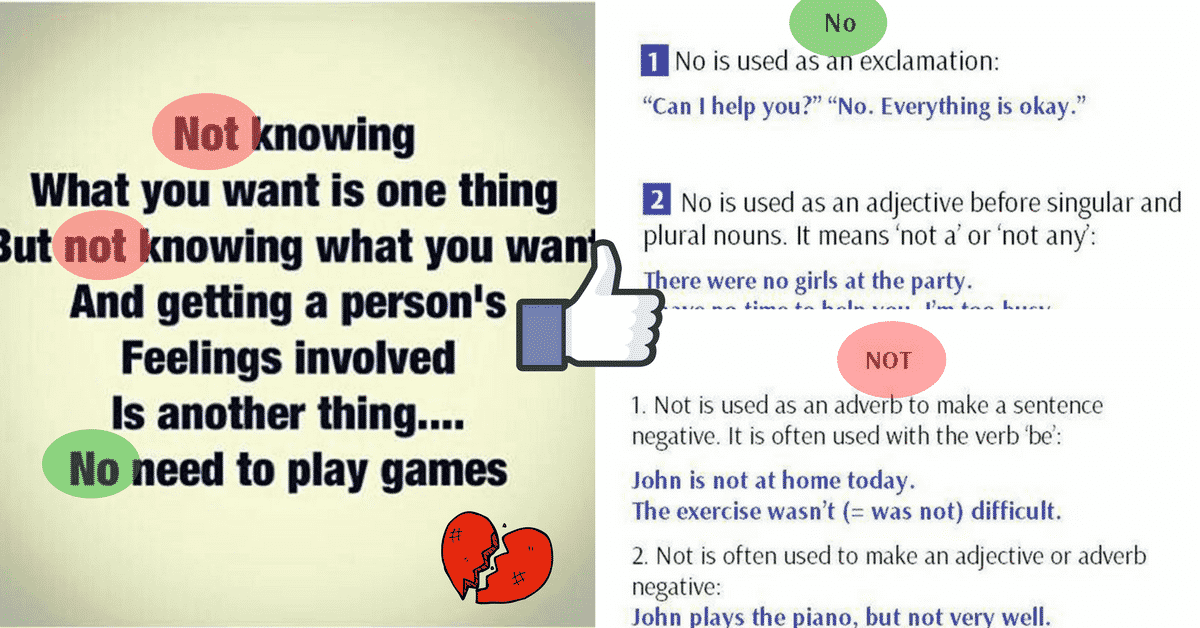 NO and Not are both negative words used in the English language, but they have slightly different meanings and uses. “No” is used as an adverb to indicate the absence of something or to give a negative response to a question. It is usually used in the positive form of the sentence. On the other hand, “not” is used as a conjunction to negate the meaning of the verb that follows it, often in the negative form of the sentence.

Difference between No and Not

While both of these words are used to show the negative, knowing how and when to use “no” and “not” is an important skill and can make a big difference in your English.

No is usually used to mean something like “not any” or “not a/ an”, and usually refers to a noun. It is commonly used in the following situations:

Answering a yes or no question:

Using in an exclamation:

Using ‘no’ for nouns without an article:

Used as adjectives preceding a noun without an article:

Before verbal nouns (ending in -ing): 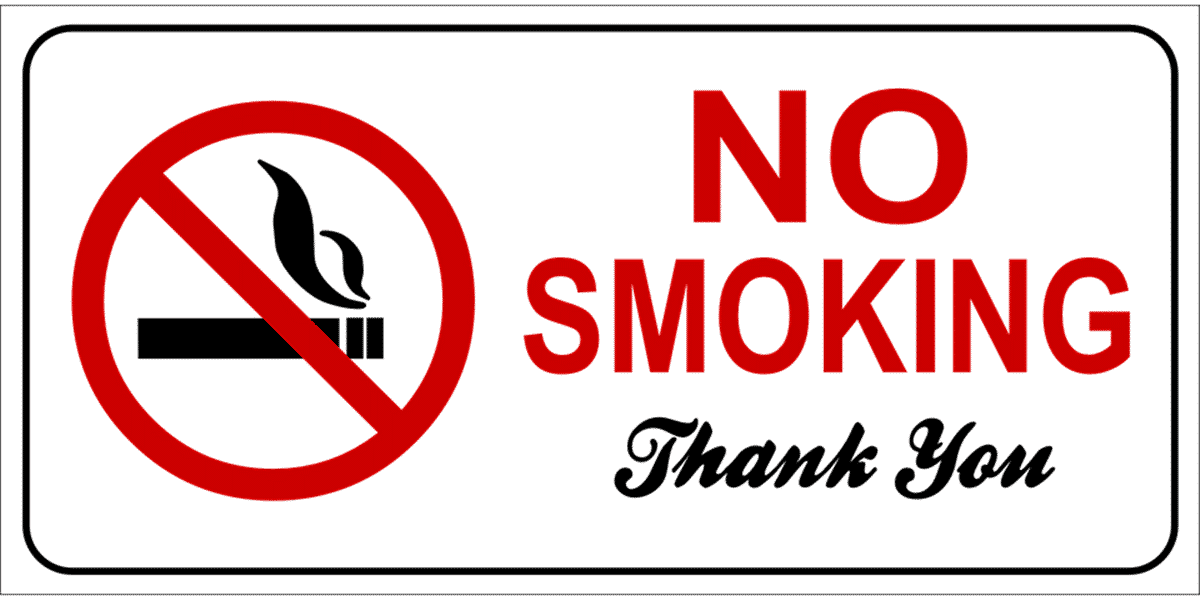 When to Use “Not”

Not is used to express negation in other ways.

For verbs, to show the opposite of an action:

For adverbs which are describing a verb:

For nouns with an article:

(This also includes nouns with an article, which are preceded by an adjective, and adjectives on their own.)

Difference between No and Not | Images 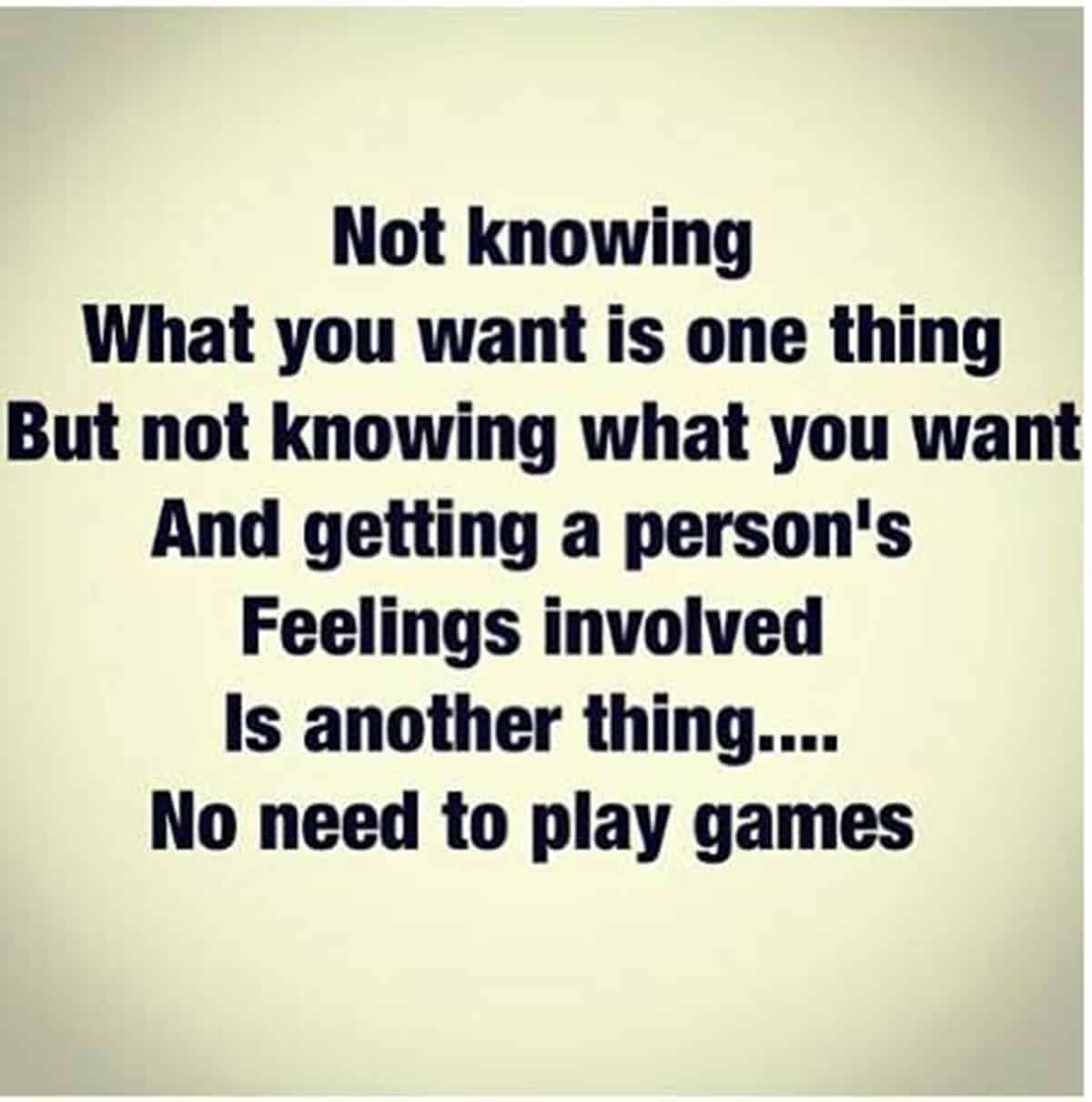 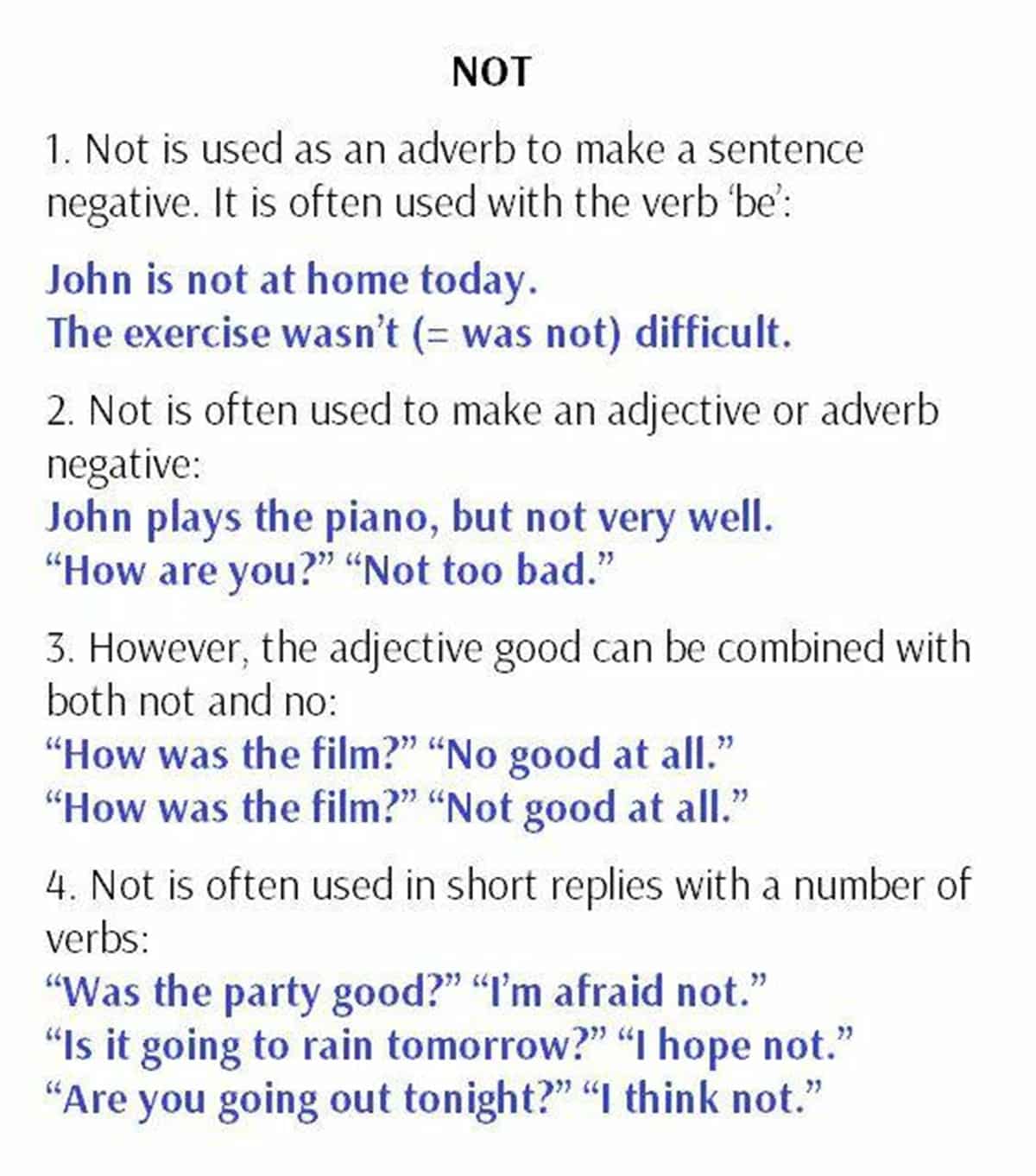 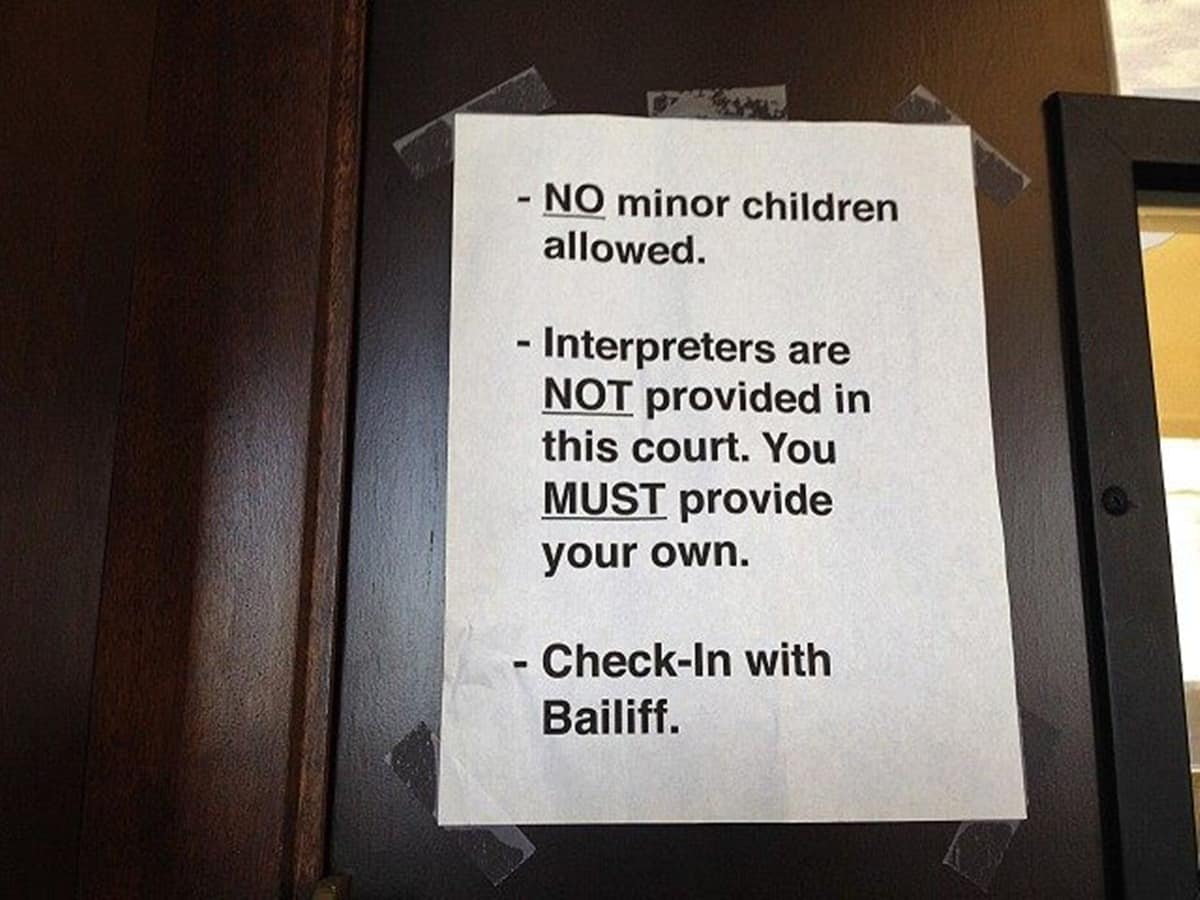