Either vs Neither! The English words neither vs either can cause some problems for native and non-native speakers of English.

Neither Definition and Examples

Neither… nor is equivalent to not… either… or.

Either Definition and Examples

Either… or is used to offer a choice between two possibilities:

3. Not… either… or denies both possibilities:

4. Not… either is used after a negative statement.

When to Use Neither vs Either | Pictures

Difference between Either vs Neither 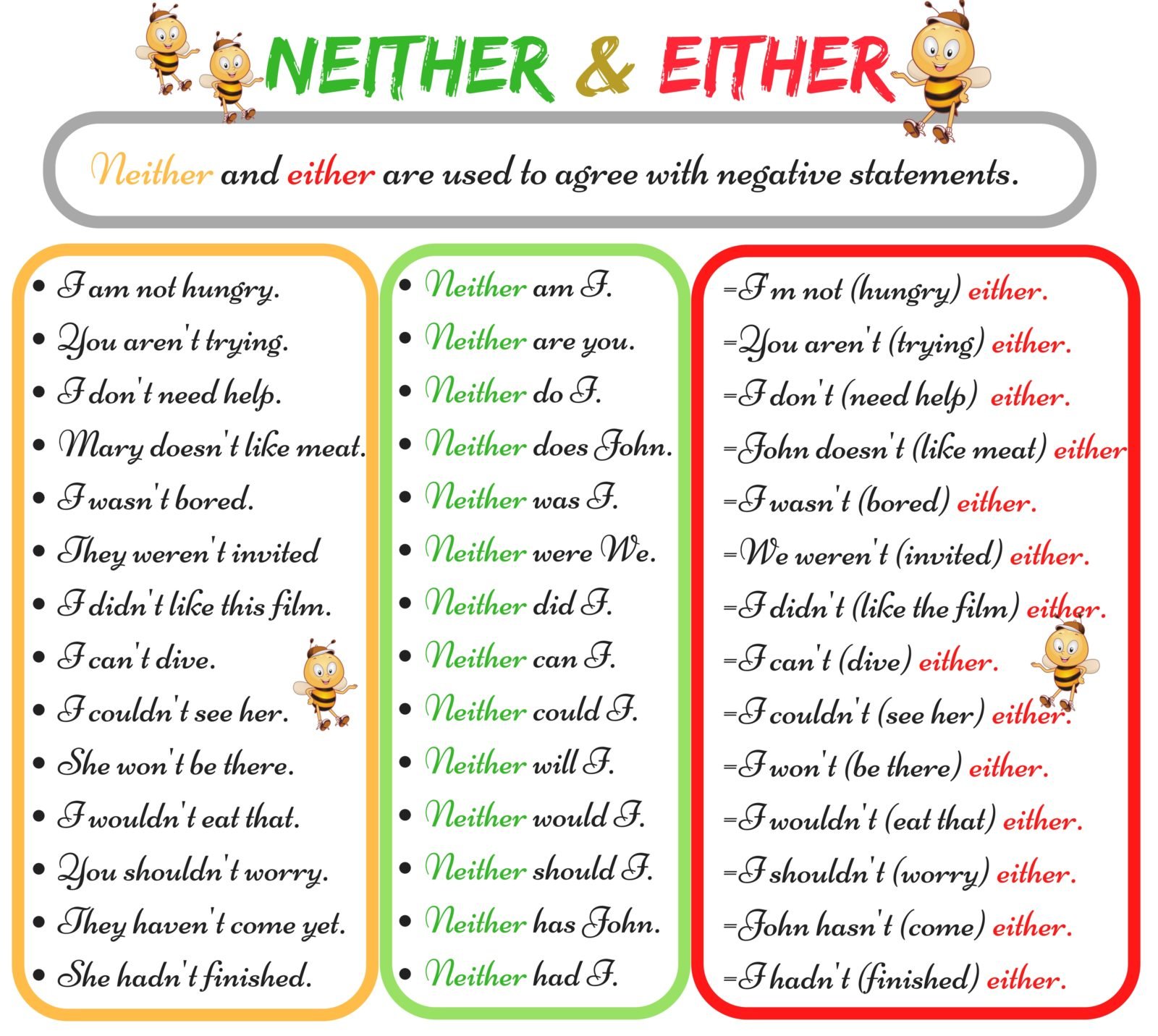 Neither vs Either: What’s the Difference? 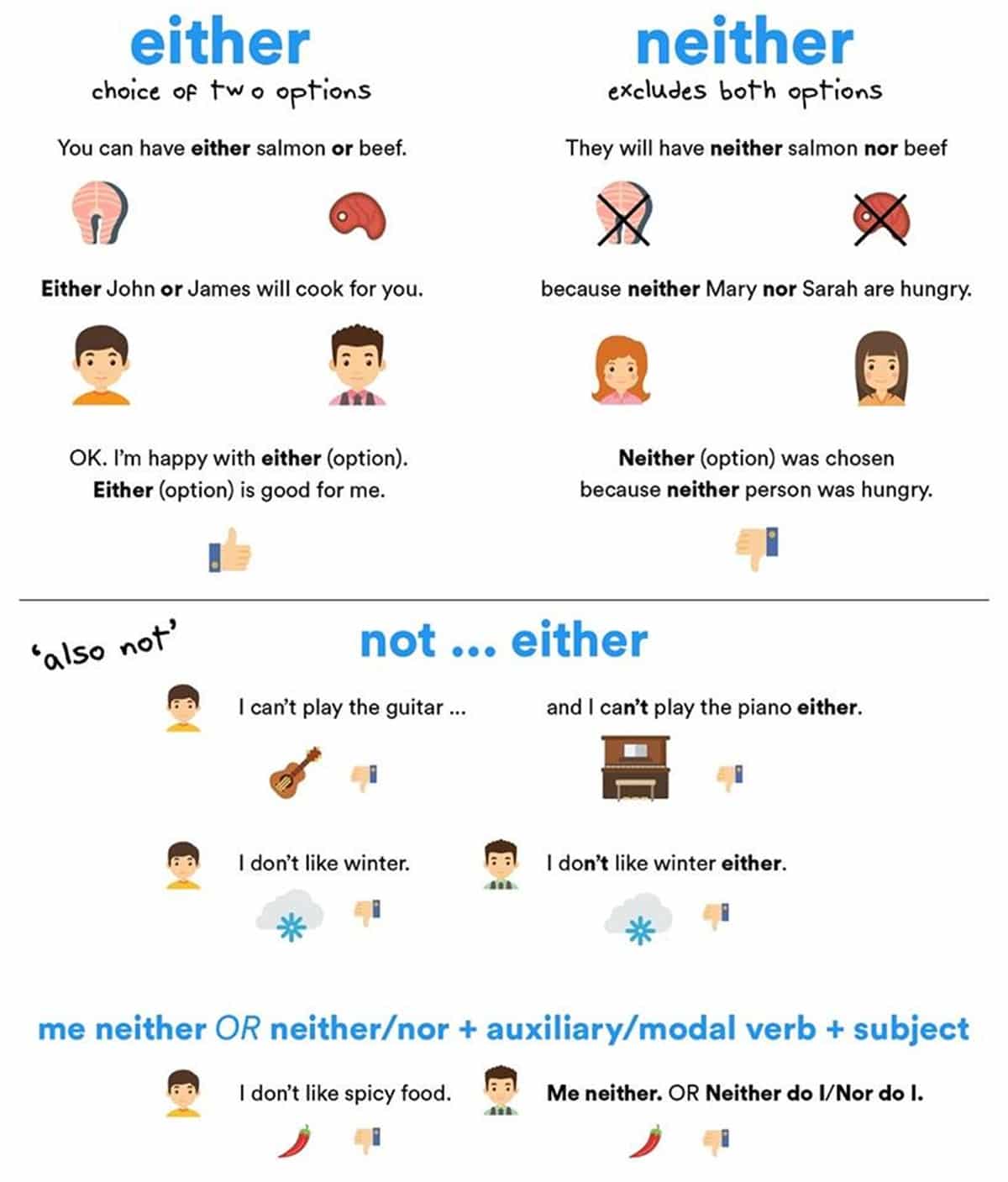