Much vs Many! The choice between many vs much depends on the noun it is describing.

Difference between Much vs Many

Both much vs many are determiners, and have the same or similar definition. They mean ‘a lot of’, or ‘in great quantities’, or ‘a great amount’. They may mean the same, but their usage differs.

Much Definition and Examples

Much is used with uncountable nouns (a large amount of something), such as tea, sugar, water, air, rice, knowledge, beauty, anger, fear, love, money, etc. When using much, the noun will always be singular; it cannot be plural.

Much is often preceded by ‘so’, ‘too’, or ‘as’, in affirmative sentences:

Many Definition and Examples

Many is used with countable nouns(a large number of things) such as book, idea,dog,car,etc. When using many, the noun will always be plural.

You can use many with a noncount noun only if you are talking about different types, kinds, or measured quantities of something:

Difference between Many vs Much | Image

When to Use Much vs Many 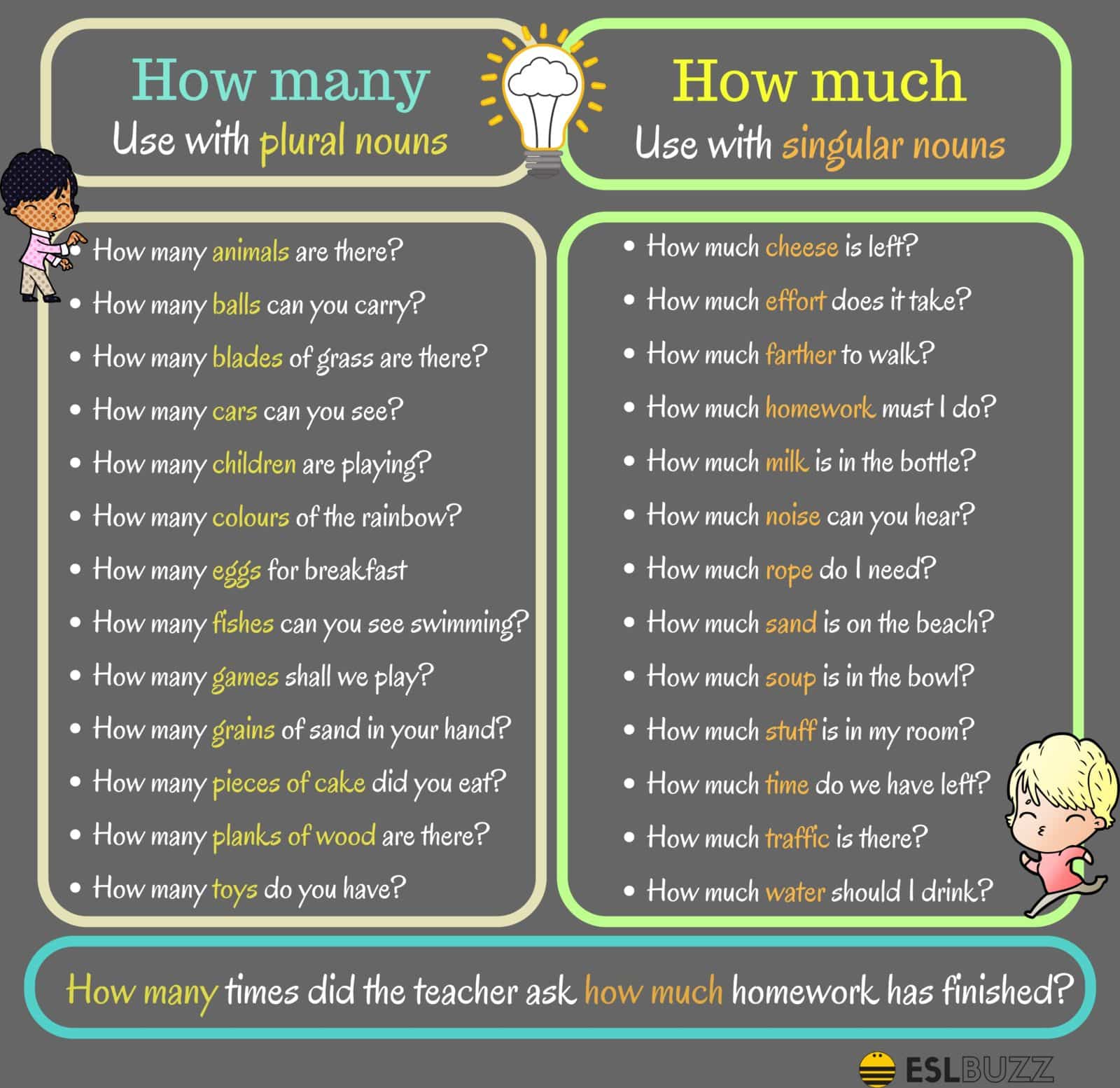 Some special nouns that followed MUCH & MANY

I believe it is more appropriate to say that ‘much’ goes with non-count nouns; this eliminates a potentially incorrect use of a singular count-noun with ‘much’.

Thanks for this entiresting subject..

If there is someone who can send some related questions from this topic.