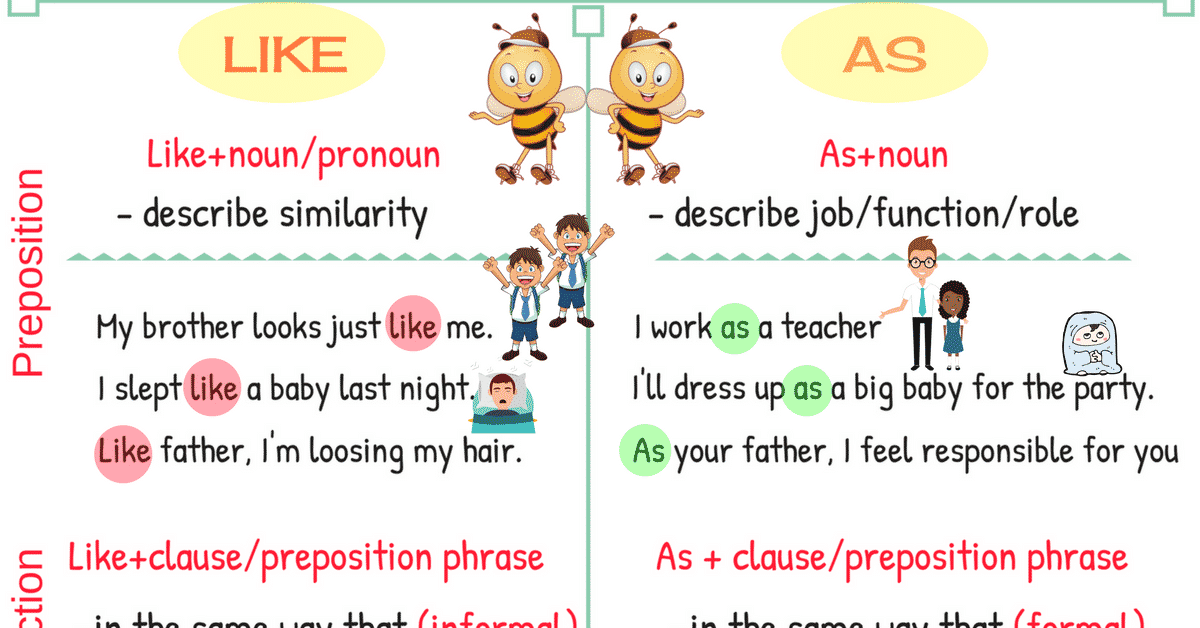 What is the difference between like vs as? The words like and as are often used in similar contexts, but they have distinct meanings and uses. “Like” is used to express similarity or resemblance, while “as” is used to make comparisons or to indicate the role or function of something. It is important to understand the difference between these two words in order to use them correctly in your writing and speech.

“Like” is a preposition, used before a noun or pronoun, to say that two things are similar.

“Like” is sometimes used as a conjunction in daily speech:

How to Use the Word “As”

“As“, as a preposition, before a noun or pronoun, is used to refer to jobs or functions,

the role of a person or the use of something.

“As” is also used as a conjunction, joining two clauses: 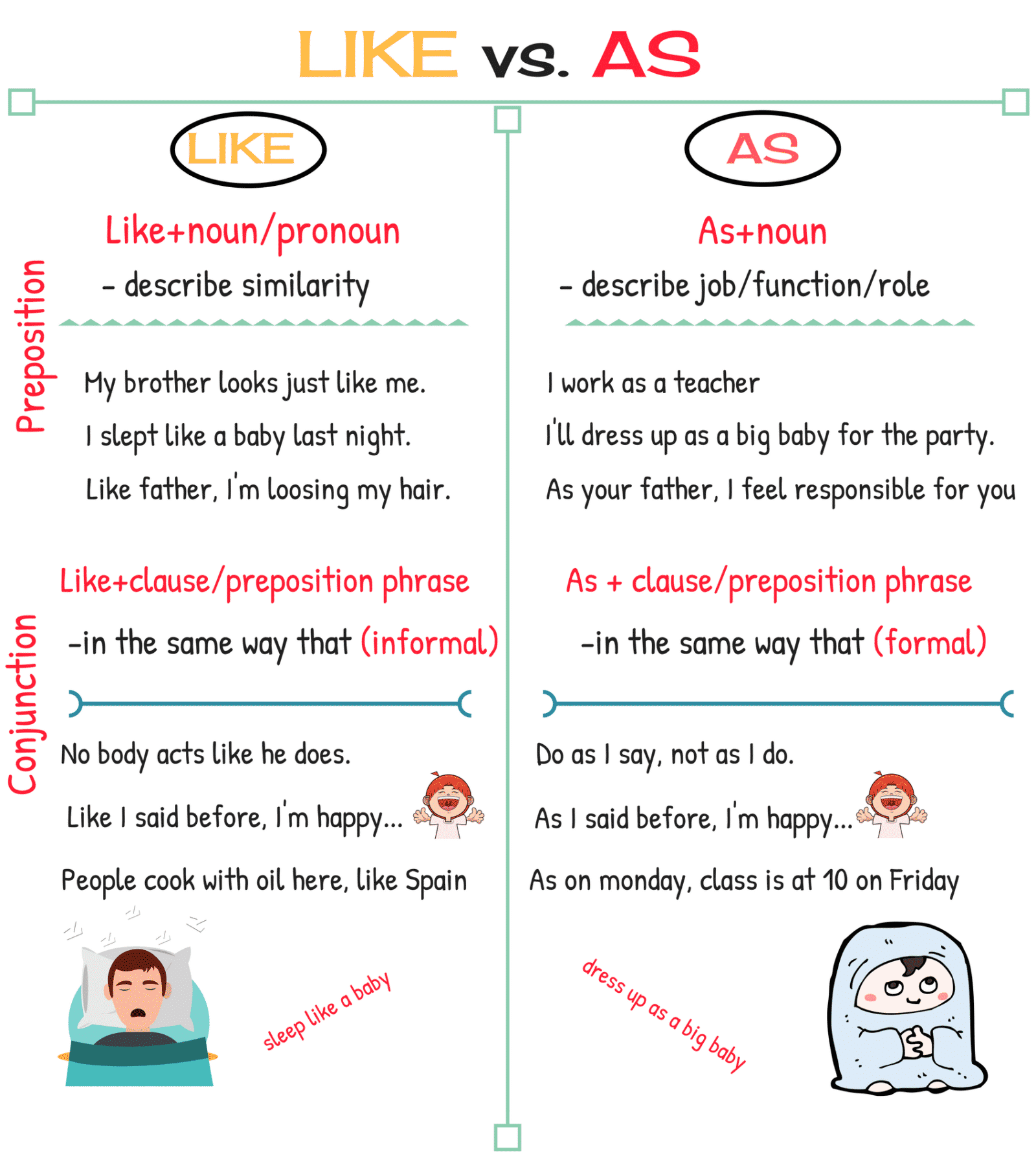 I consider it’s a great lesson, before I don’t really know how to separate it and my students are always asking that’s question, I feel grateful for this lesson.