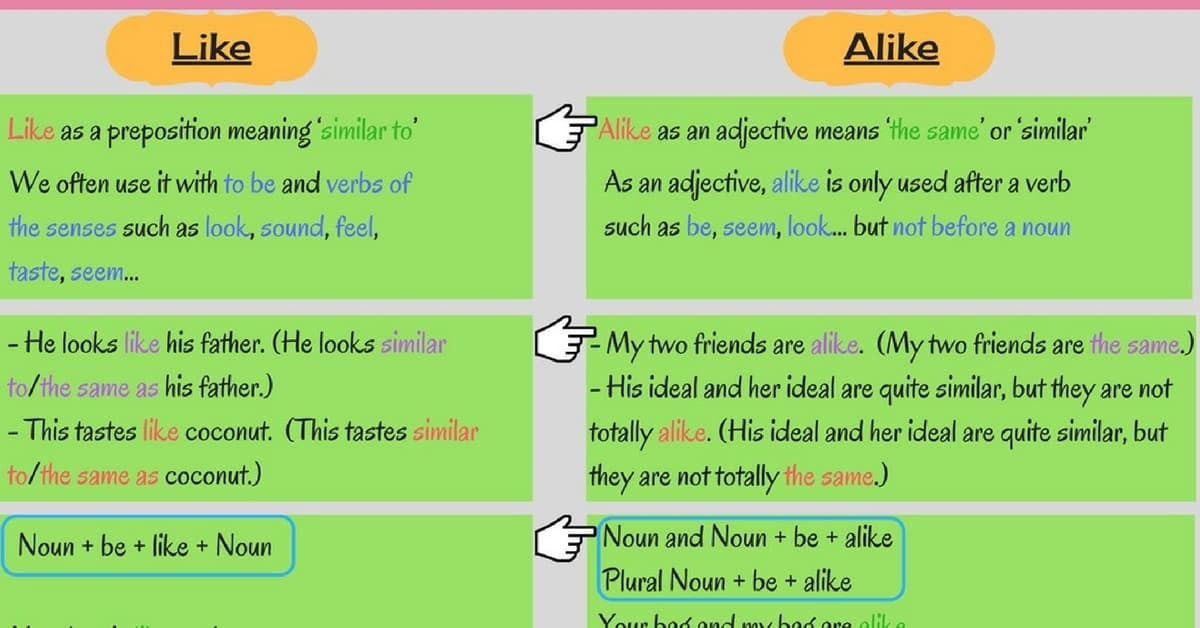 He looks like his father. (He looks similar to/ the same as his father.)

This tastes like coconut. (This tastes similar to/ the same as coconut.)

The car was more like a green than a blue color.

Your bag and my bag are alike.

These bags are alike.

I don’t think you treat both children alike.

Thank you for you help

Your explanation of like and alike is excellent. I am helping a young woman with ESL and yours is the best explanation and illustration I have found. Thank you.

Thank you so much.