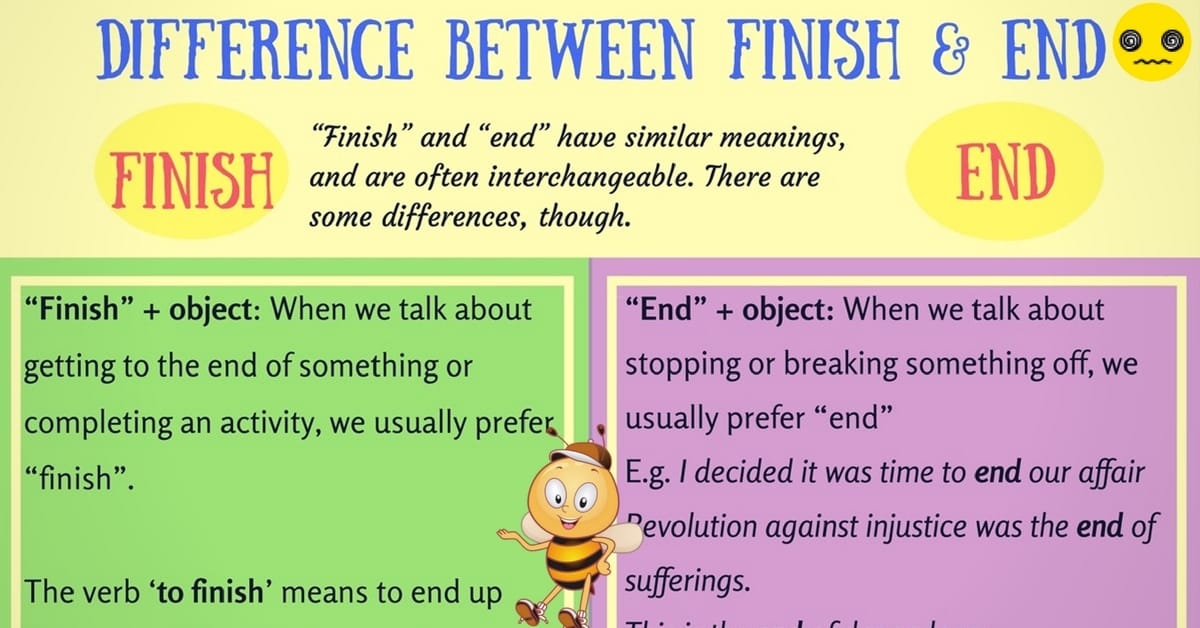 End and Finish! What is the Difference between “End” and “Finish”?

Difference between End and Finish

How to Use FINISH

“Finish” + object: When we talk about getting to the end of something or completing an activity, we usually prefer “finish”.

The verb ‘to finish‘ means to end up doing any relevant task or work.

According to Merriam Webster, the word finish means:

How to use END

“End” + object: When we talk about stopping or breaking something off, we usually prefer “end”

E.g. I decided it was time to end our affair.

This is the end of dependency.

Revolution against injustice was the end of sufferings. (Here, it means there would be no more sufferings after the declared revolution.)

According to Merriam Webster, the word end means:

Both, finish and end are synonyms of each other, but, their meaning is different. Finish relates to end of any stage or part of that task, while end related to the stop or entire termination of that work. More briefly, finish co-relates to completion, but end co-relates to termination.

When to Use End and Finish | Image