What is the Difference Between During and While in English?

During and While are similar in meaning (function), but they are used different grammatically.

How to Use During

During is followed by a noun, which often represents an activity (During + noun)

Incorrect: She slept during watching the movie.

Correct: She slept during the movie.

How to Use While

While is followed by a clause (While + subject + verb…)

Incorrect: She ate while the movie.

Correct: She ate while she was watching the movie.

During vs. While | Picture 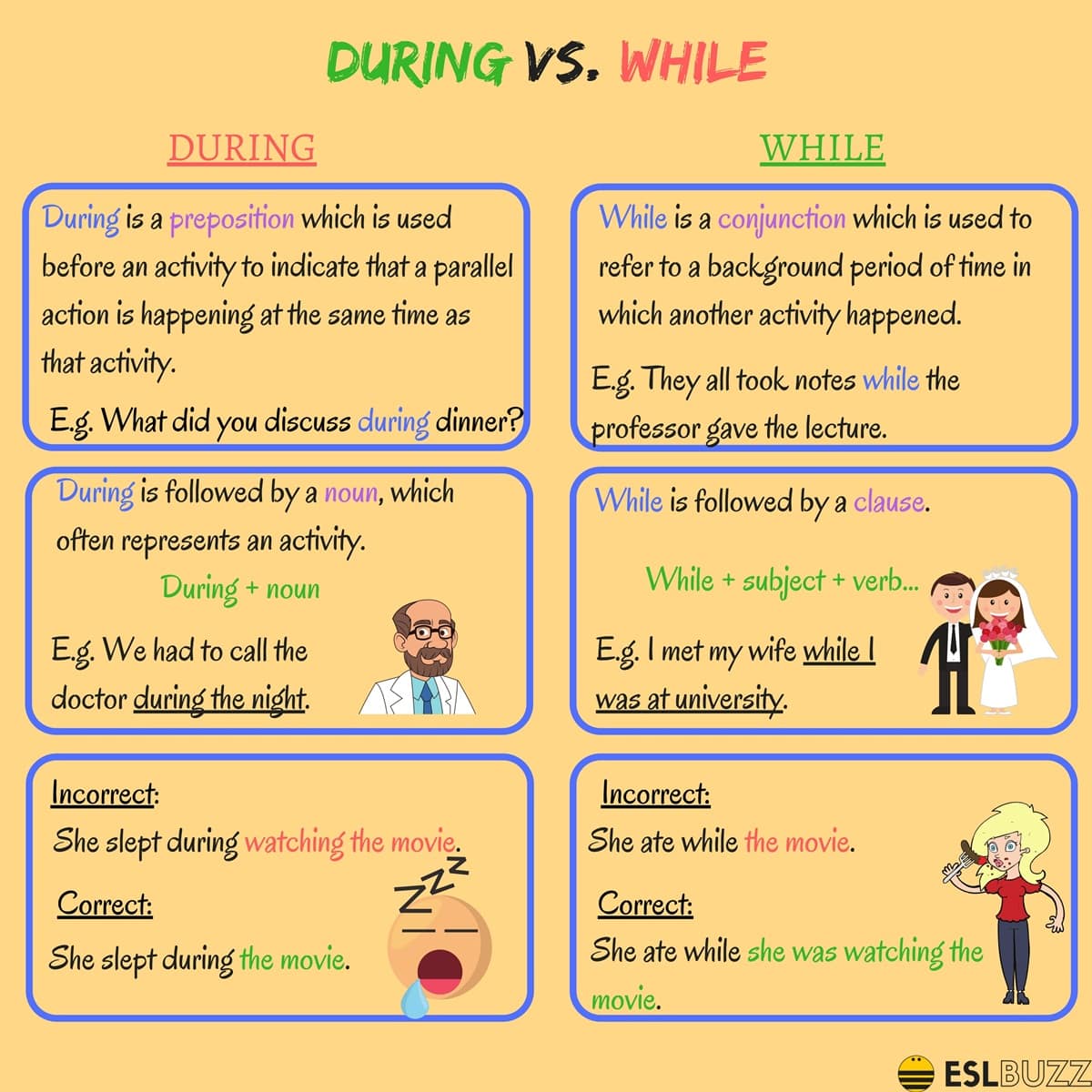 She are while she was WATCHING the movie.
In your explanation, this is “correct”. It is not.

Thanks for the great post!
Keep doing the great job!

I’ll this web with my students.
Teacher -Denny10X