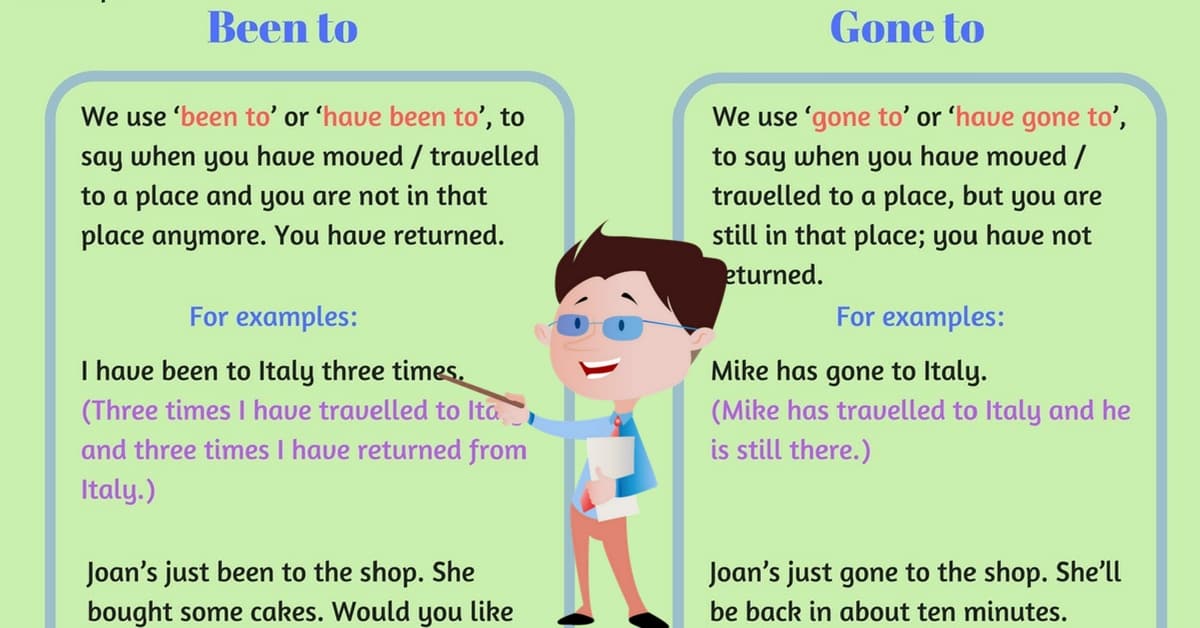 What’s the Difference between BEEN TO and GONE TO?

“Been” and “Gone” both are used in the present perfect tense.

Difference between BEEN TO and GONE TO

In perfect constructions apparently requiring the verb “go“, the normal past participle “gone” is often replaced by the past participle of the copula verb “be“, namely “been“. This gives rise to sentences of contrasting meaning.

Note that  been  is used in such sentences as if it were a verb of motion (being followed by adverbial phrases of motion, such as those starting with  to), which is different from its normal uses as part of the copula verb be.

The above sentences with the present perfect can be further compared with alternatives using the simple past, such as:

As usual, this tense would be used if a specific past time frame is stated (“in 1995”, “last week”) or is implied by the context (e.g. the event is part of a past narrative, or my father is no longer alive or capable of traveling). Use of this form does not in itself determine whether or not the subject is still there.

Difference between BEEN TO and GONE TO | Image 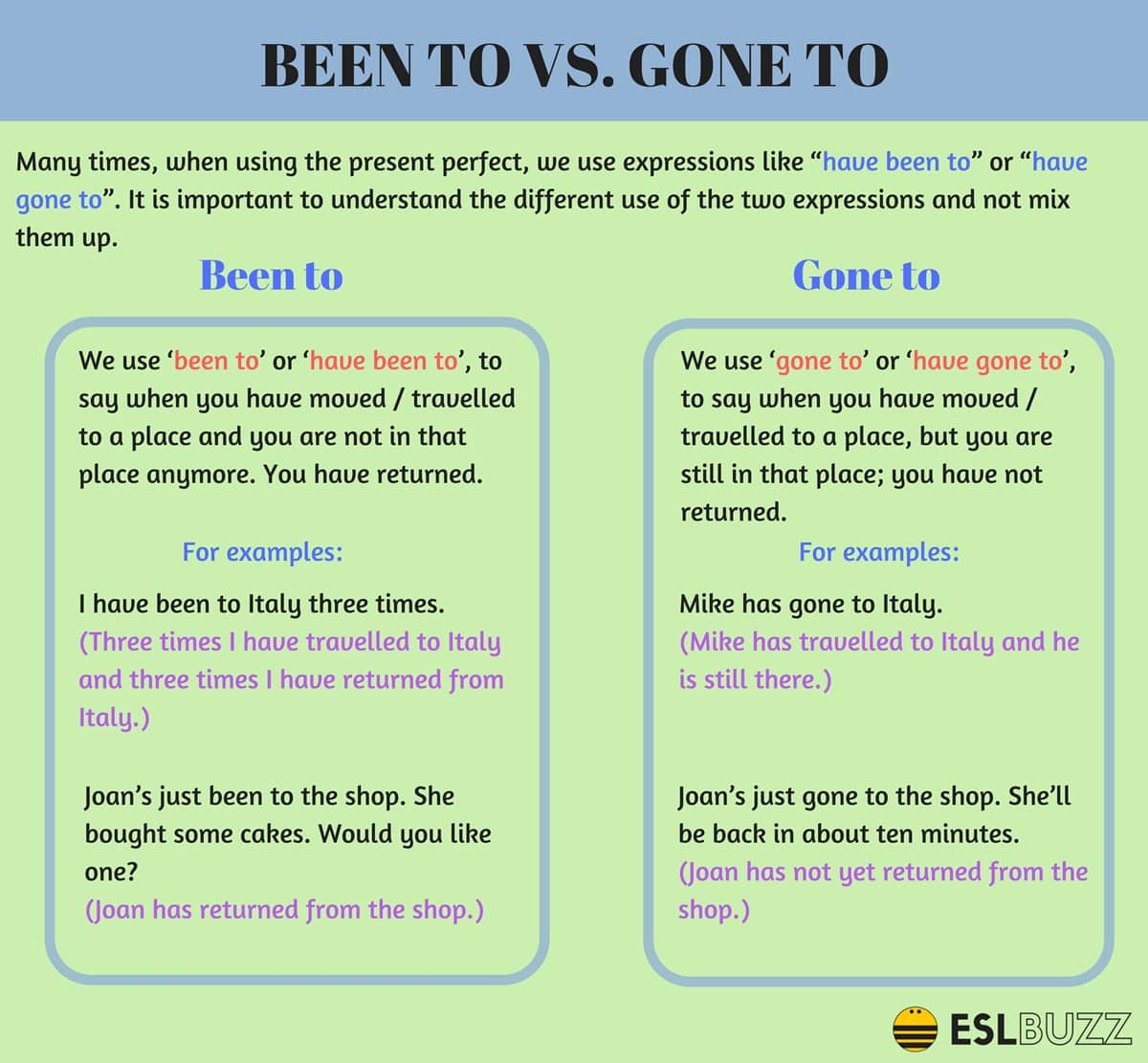