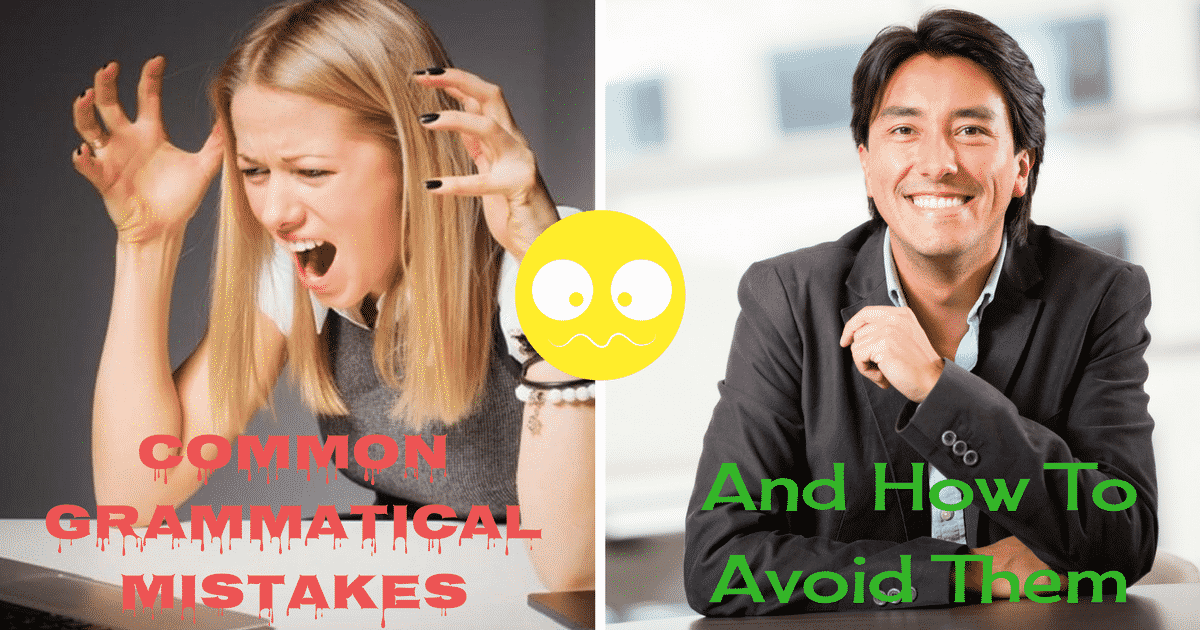 Common Grammar Mistakes! The English Language is a difficult beast to tie down. Even those rules which we consider mandatory may actually change very quickly, especially with words moving into ever more fleeting media. However, there are a few mistakes which – for now at least – can make you look very silly.

‘Adapt’ and ‘adopt’ share similar spellings and similar meanings, but they are not one and the same.

To ‘adapt’ is to become or make something suitable to an environment or condition.

“It took me a long time after college to adapt to life in the office.”

“An inability to adapt will prove an obstacle on the road to success.”

To ‘adopt’ is to take something and use it or make it your own.

“I adopted his policy of neutrality and stayed out of trouble.”

“We are planning to adopt a child.”

“Lose” is a verb, to come to be without something; to suffer the loss of something.

“I do not wish to lose more weight.”

“I was about to lose my earring.”

“She cannot stand the thought of losing him.”

“Loose” is an adjective, free or released from attachment; not bound together; not strict.

“My belt is very loose around my waist.”

“She likes to wear her hair loose and free.”

“That is a loose interpretation of our document.”

“Lose” is a verb, to come to be without something; to suffer the loss of something. “Loose” is an adjective, free or released from attachment; not bound together; not strict. 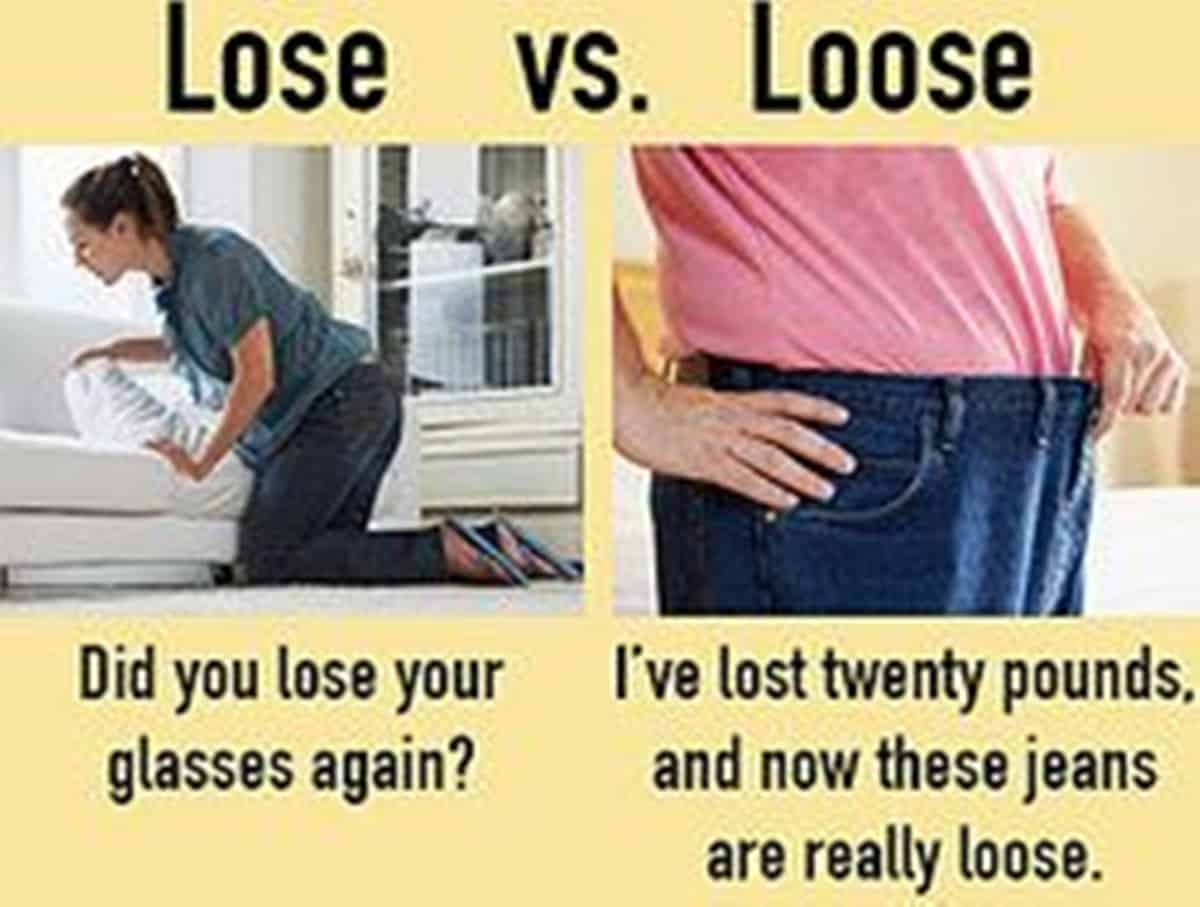 Will vs. Going to

‘Will’ and ‘going to’ are the two forms of simple future used in English. They are used more or less interchangeably, but there are certain subtle differences between them that even many experienced English speakers are not aware of. The main rule to keep in mind is that: if the decision to act was made before the time of speaking, ‘going to’ must be used; if not, ‘will’ must be used.

There are two primary distinct uses for ‘will’:

To express a promise.

“I will come back to work as soon as I make a full recovery.”

“I will call you later tonight.”

There is one primary distinction for use of ‘going to’: it is used to express plans, i.e. the intention of the speaker to do something in the future. This can take two forms:

To state such an intention:

“I am going for the match on Thursday”

“I am going to ensure that we have fun on this trip.”

To ask about such an intention:

“Are you going to watch the match on Thursday?”

“Are you going to the Zoo with the others?”

Both ‘will’ and ‘going to’ can be used when making predictions about the future. 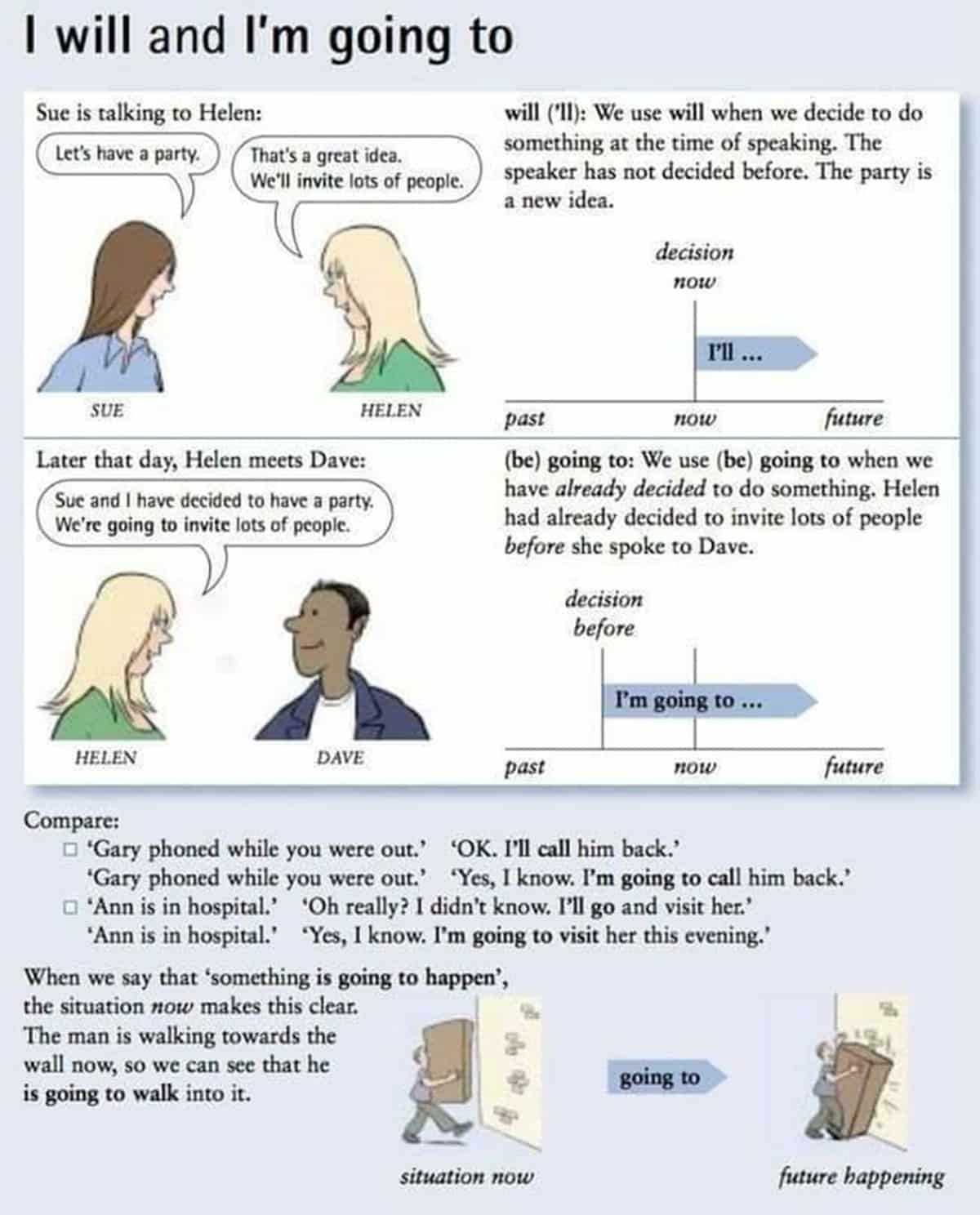 The main rule to keep in mind is that: if the decision to act was made before the time of speaking, ‘going to’ must be used; if not, ‘will’ must be used…

“Write” is a verb, to express in writing.

“I want to learn how to write well.”

“Did you write this? Write a letter to Mom”
“Right” is an adjective, correct, justified, suitable, opposite of left.

“It’s the right way to do things.”

It is easy to confuse ‘ adverb, and although ‘ besides’ is sometimes used in place of ‘beside’, they have distinct meaning.

For example: “He stood beside his new car proudly.”

As a preposition, ‘besides’ means ‘in addition to’ or ‘apart from’.

For example: “What are you working on besides the research project?”

As an adverb, it means ‘furthermore’.

For example: “He was not selected because he did not have a good grasp of his concepts. Besides, he did not seem very keen.”beside’ and ‘besides’, but they are not one and the same thing. ‘Beside’ is a preposition, whereas ‘besides’ works as both a preposition and an

“Here” is an adverb, in this place; in this spot.

“I am here and planning to stay.”

“I wish you were here.”
“Hear” is a verb, to be within earshot; to perceive by ear.

“We do not want to hear the policies one more time.”

Can is used in two cases:

To talk about ability.

“Can you finish your homework tonight?”

To ask or give permission informally (normally between friends)

May is generally used to ask or give permission formally.

Let us take a situation between a student and a teacher.

“May I drink water?

Let us take a situation between two strangers.

“May I borrow your pen?

Can vs. May – Picture 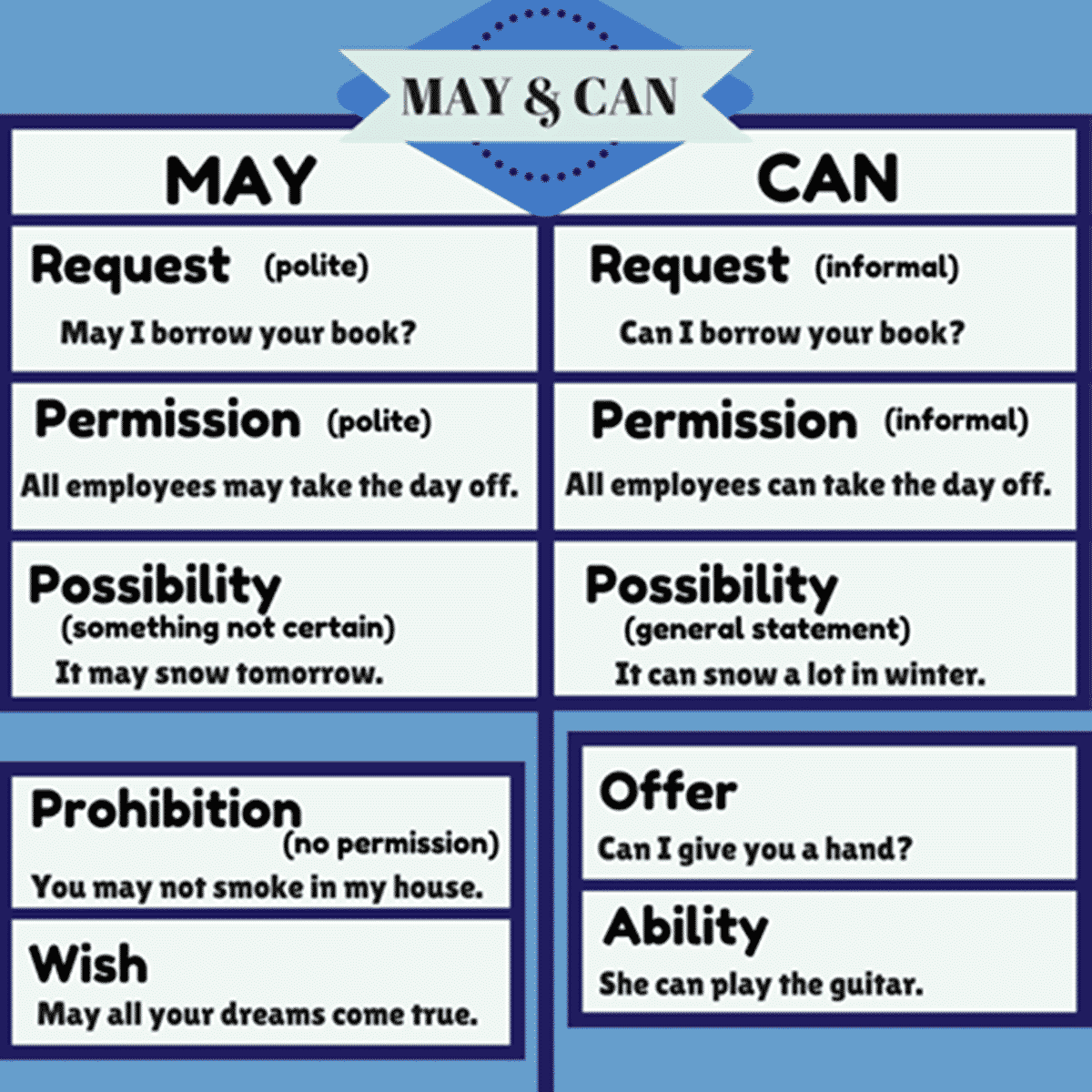 Both words sound the same when pronounced, but their meanings are very different. “Compliment” means to give praise, express admiration or giving congratulations. “Complement”, on the other hand, means completing something or to make something perfect. A good way to always remember the difference is to remember that the word with the “e” means complete. In fact, the word complete is almost entirely spelled within complement.

Complement is used when what you are trying to convey that something is essentially made complete with something else. For example, if you were describing colors that look good together or a relationship involving two people who seem well matched, complement is the correct choice. Complement functions as both a noun and a verb.

Compliment is used when you are aiming to offer praise. For example, you might compliment someone on a new hairdo or on an outfit that is particularly flattering. In its plural form it can mean you are offering multiple expressions of praise, or it can mean best wishes. Compliment functions as both a noun and a verb.

Apostrophes should be used to indicate possession, but there is one exception to this rule, and that is the word “it”. Unsurprisingly, this exception gets lots of people confused. 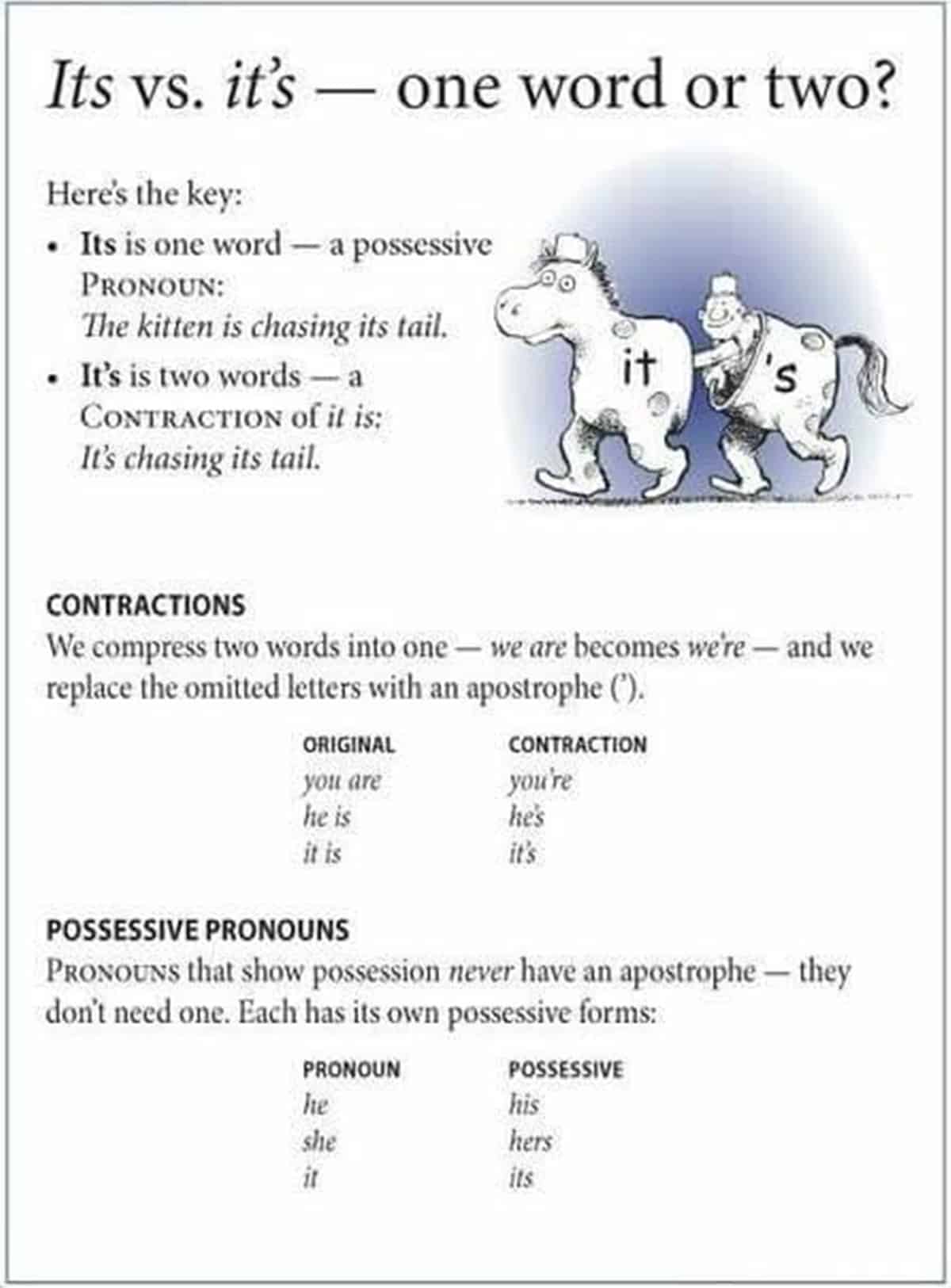 Could/ Would/ Should of

This common mistake arises because the contracted form of “could have” – “could’ve” – sounds a bit like “could of” when you say it out loud. This mistake is made frequently across all three of these words.

We’ve met this one before, too; it’s another example of those pesky homophones – words that sound the same but have different meanings. 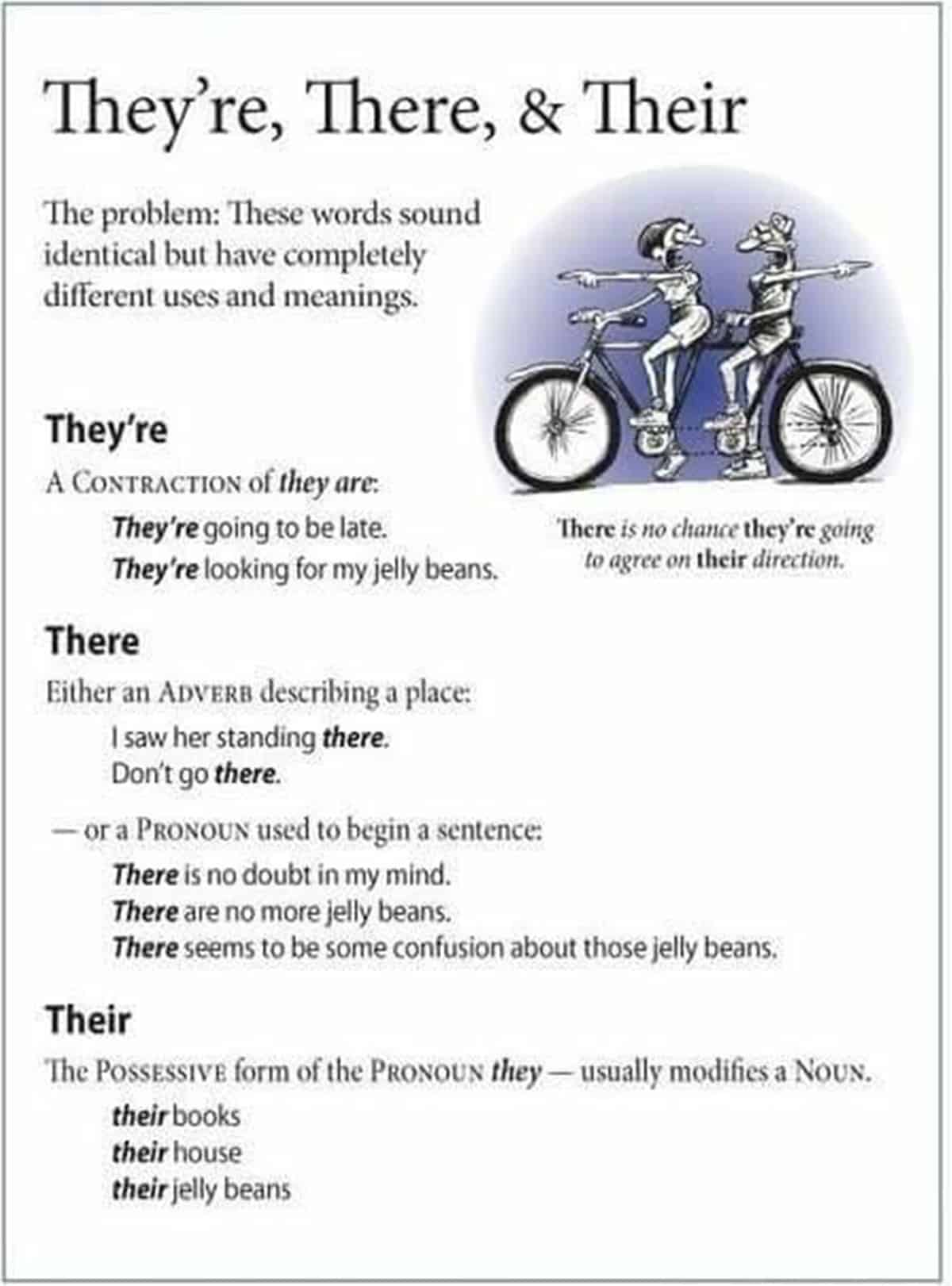 The fact that many people don’t know the difference between “fewer” and “less” is reflected in the number of supermarket checkout aisles designated for “10 items or less”. The mistake most people make is using “less” when they actually mean “fewer”, rather than the other way round. 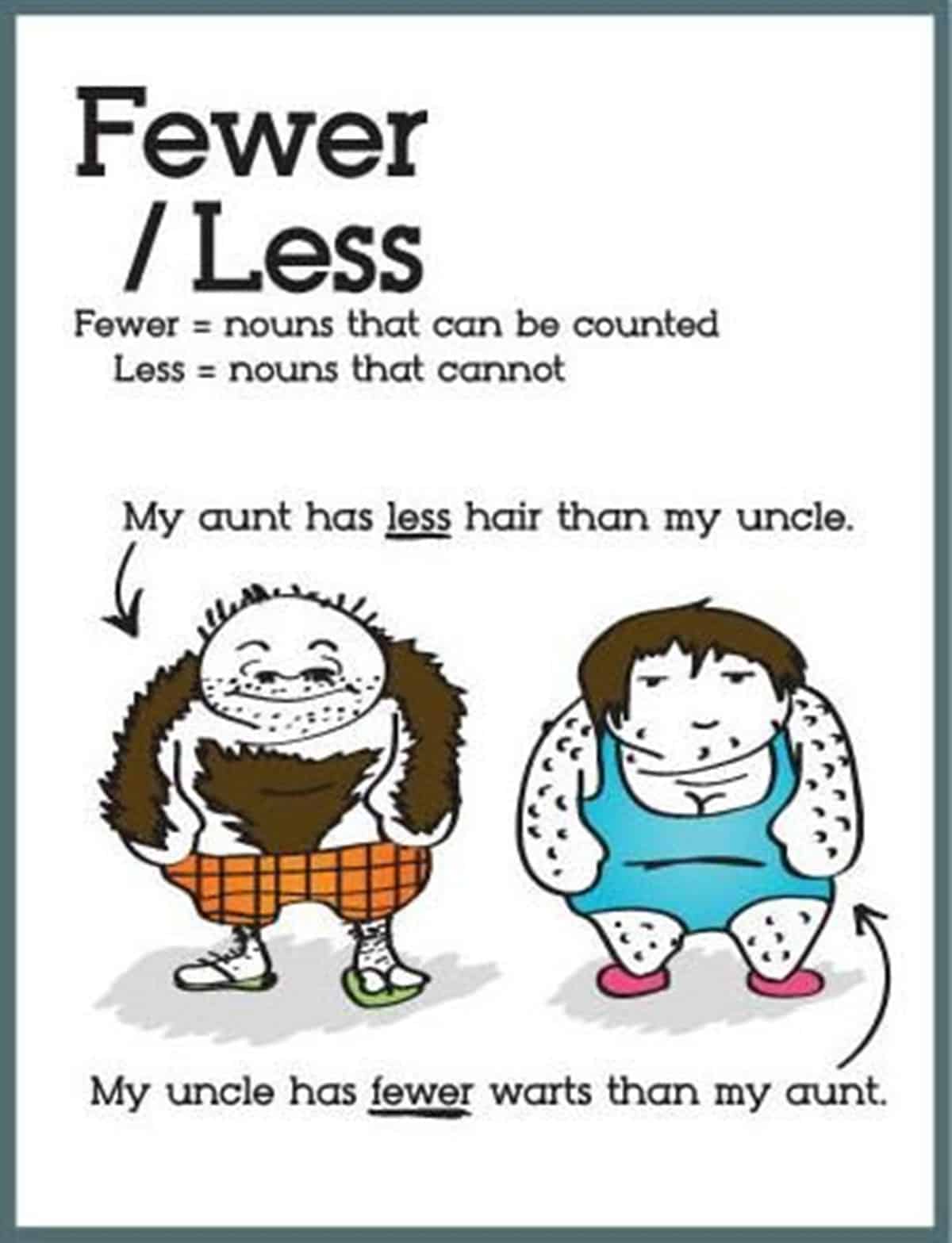 These two work in the same way as “less” and “fewer”, referring respectively to commodities and individual items.

It’s easy to see why people get this one wrong, but there’s no reason why you should.

Confusion between “then” and “than” probably arises because the two look and sound similar.

These two abbreviations are commonly confused, and many people use them interchangeably. However, their uses are very different.

It’s an easy enough mistake to make given how similar these two words look and sound, but there’s a simple explanation to help you remember the difference.

This mistake is now so common that it’s almost accepted as an alternative, but if you really want to speak English properly, you should avoid it.

The matter of how to refer to oneself causes all manner of conundrums, particularly when referring to another person in the same sentence. Here’s how to remember whether to use “me”, “myself” or “I”.

Another conundrum arising from confusion over how to refer to people. There are lots in the English language! 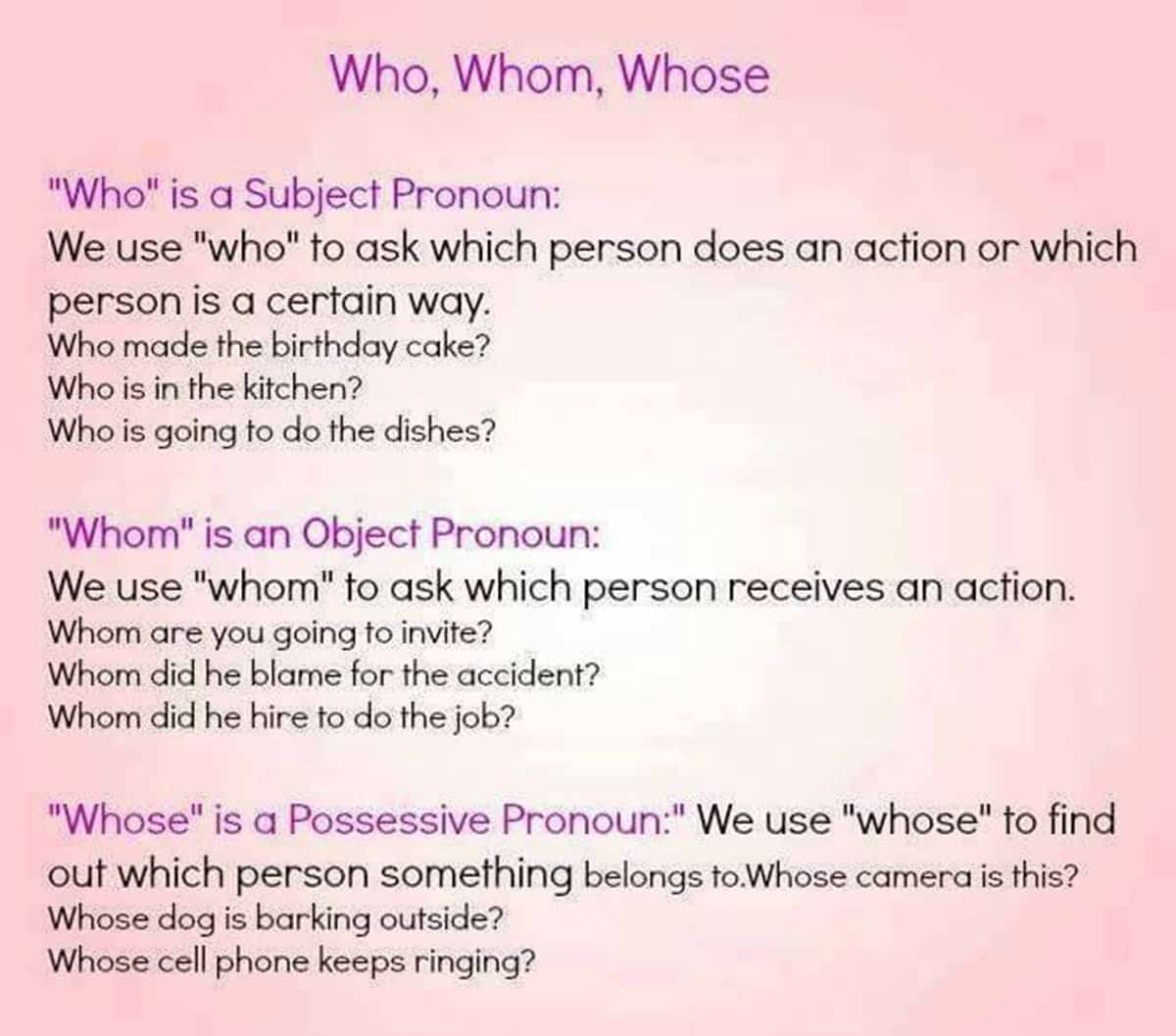 Here is a list of some commonly confused words in English:

Useful post about grammar mistakes, It’s best to learn from other’s mistakes than to feel the urge to commit one by oneself & then think of learning. I think we’ve all made some of these mistakes to some degree or another.