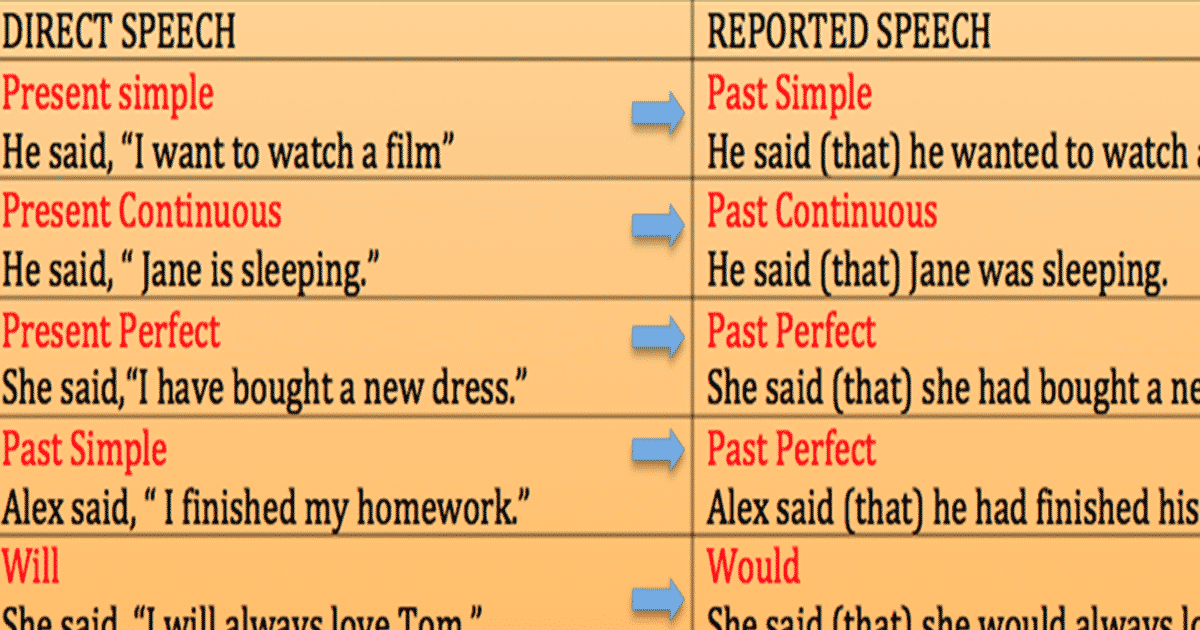 Alex said, “I finished my homework.”

-> Alex said he had finished his homework.

“I was sleeping at that time.”

-> She said that she had been sleeping at that time.

“I have eaten already.”

-> She said that she had eaten already.

She said, “I will always love Tom.”

-> She said that she would always love Tom.

“Everybody must obey the rules.”

-> She said everybody had to obey the rules.

Sometimes there are no tense changes in indirect speech if:

– When the reporting verb is in the present

Eg: Martha says she is arriving around ten.

Eg: Harry told me he still likes you.

– When the message is being repeated immediately after it was said 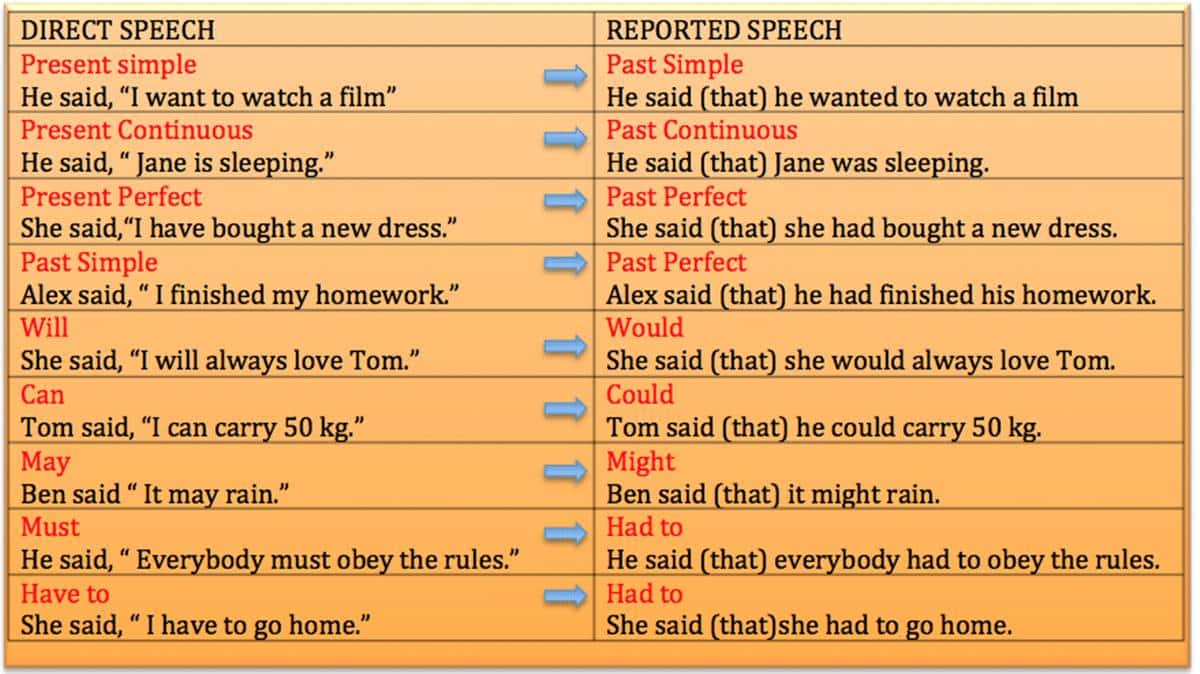 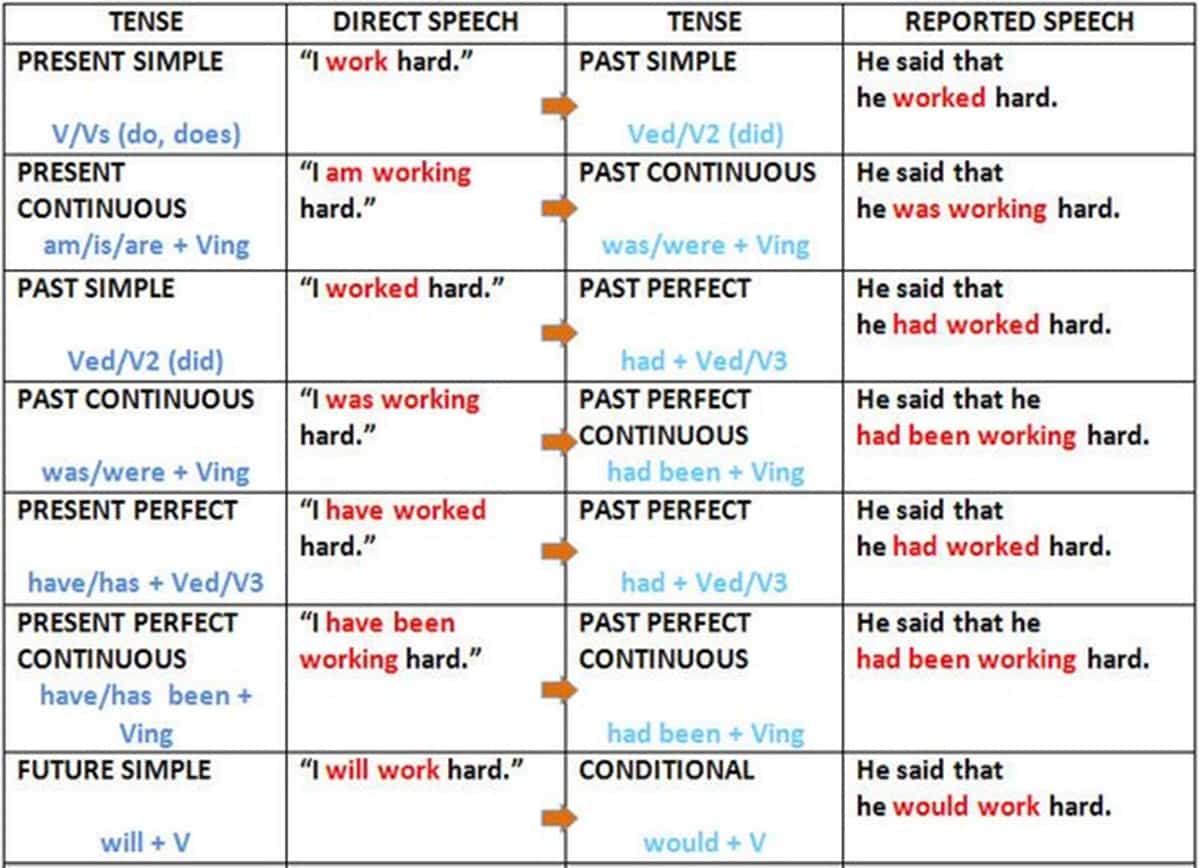 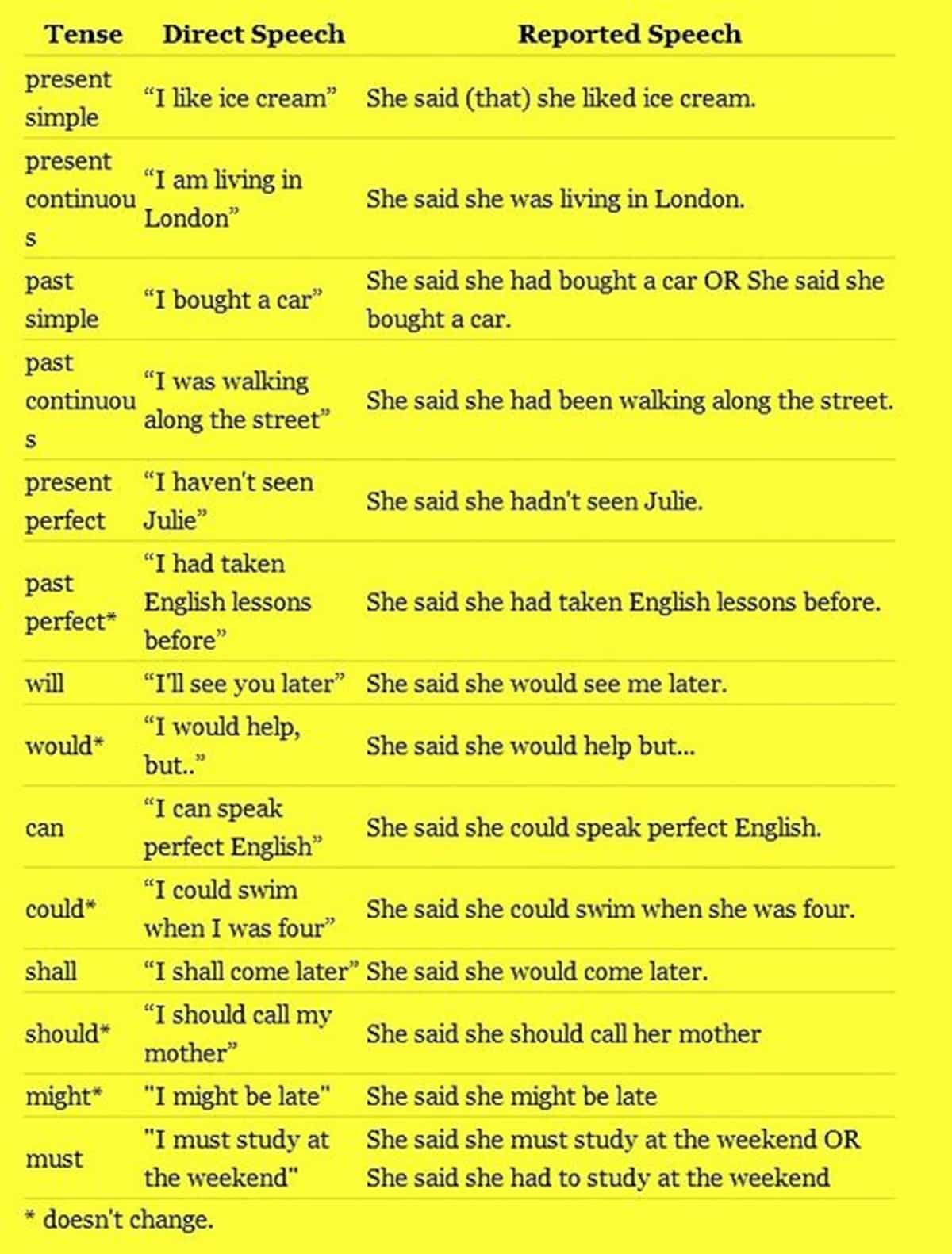 that is why french or even russian is better to learn

Today this great website earned one more subscriber. Thank you very much from your great service.