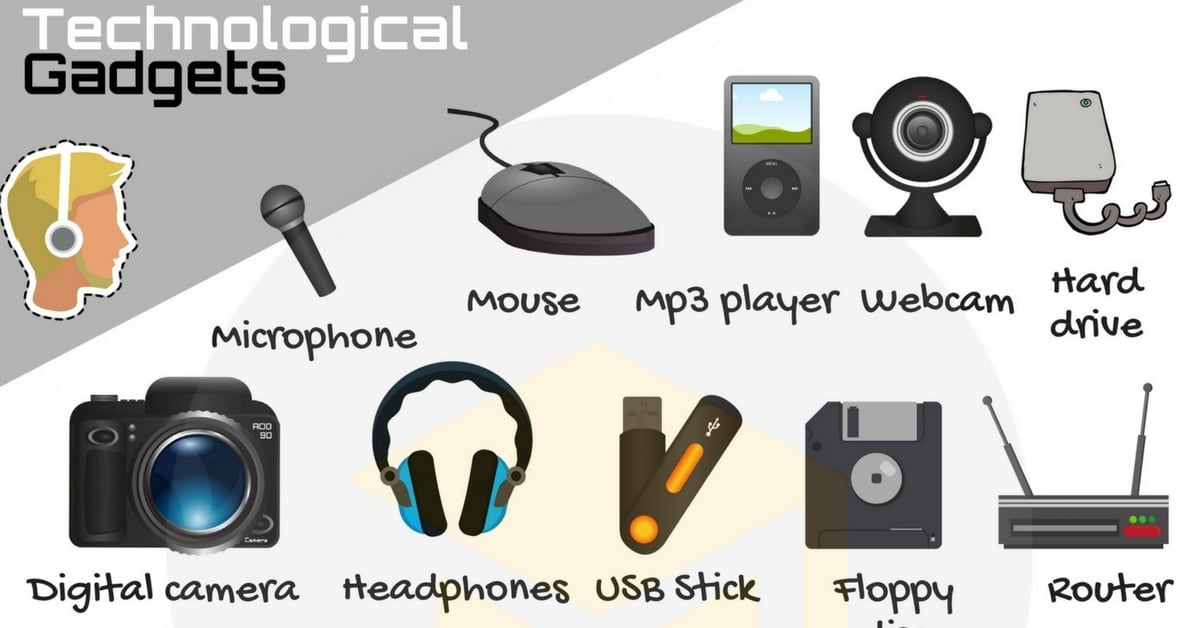 Learn technological gadgets vocabulary in English to expand your vocabulary.

A gadget is a small technological object (such as a device or an appliance) that has a particular function, but is often thought of as a novelty.

A microphone, colloquially nicknamed mic or mike is a transducer that converts sound into an electrical signal.

Example: We need a microphone so that people in the back can hear us.

A mouse is a small rodent characteristically having a pointed snout, small rounded ears, a body-length scaly tail and a high breeding rate.

Example: You can move the cursor by using the mouse.

An MP3 player or Digital Audio Player is an electronic device that can play digital audio files.

Example: I loves listening to the music via Mp3 player.

A webcam is a video camera that feeds or streams its image in real time to or through a computer to a computer network.

Example: You could even watch her on the webcam.

Example: You’ll need to upgrade your hard drive to 4Mb before running this software.

A digital camera or digicam is a camera that captures photographs in digital memory.

Headphones (or head-phones in the early days of telephony and radio) are a pair of small loudspeaker drivers worn on or around the head over a user’s ears.

Example: I had my headphones on so I didn’t hear Tom enter the room.

A floppy disk, also called a floppy, diskette, or just disk, is a type of disk storage composed of a disk of thin and flexible magnetic storage medium, sealed in a rectangular plastic enclosure lined with fabric that removes dust particles.

Example: I can boot up from a floppy disk, but that’s all.

A computer is a device that can be instructed to carry out arbitrary sequences of arithmetic or logical operations automatically.

Example: His latest toy is a personal computer.

How to Larne English