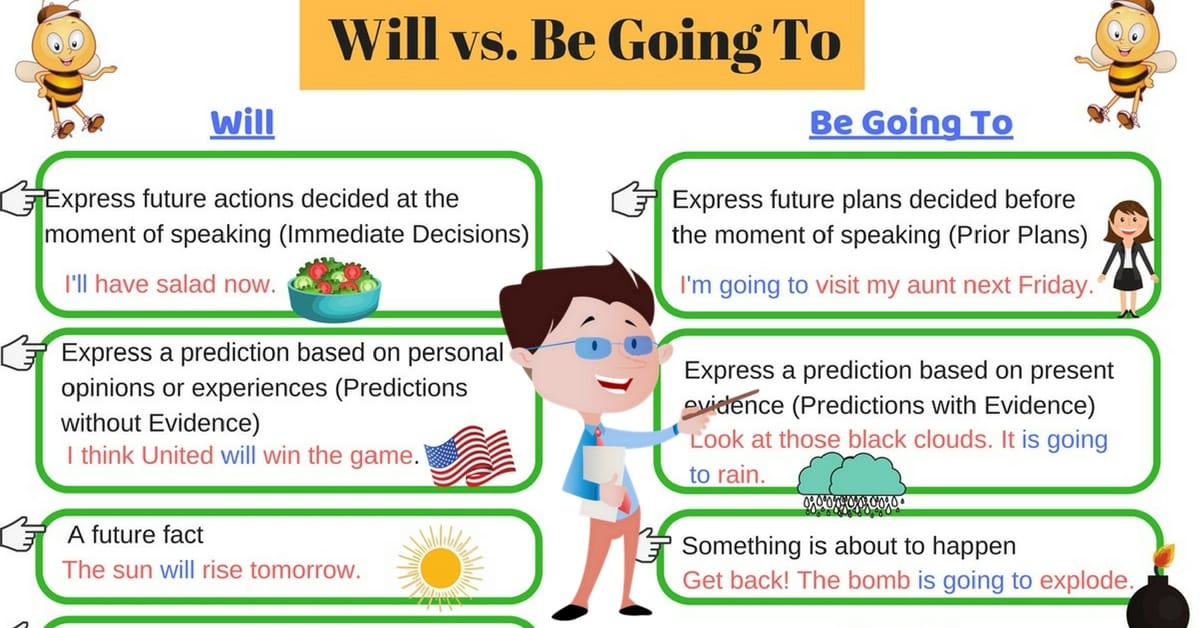 Learn the Difference Between Will vs. Be Going to in English with grammar rules and examples.

Differences Between Will vs. Be Going to

When to use WILL

To make a promise, an offer, a threat or refusal

Other examples of Will

In these examples, “will” is used to express a range of future events and actions, such as arrangements, possibilities, predictions, and intentions. The versatility of “will” makes it a useful tool for talking about the future in many different contexts.

When to use BE GOING TO

Express future plans decided before the moment of speaking (Prior Plans)

Express a prediction based on present evidence (Predictions with Evidence)

Something is about to happen

Here are a few more examples of Be Going to:

Will vs. Be Going to | Image 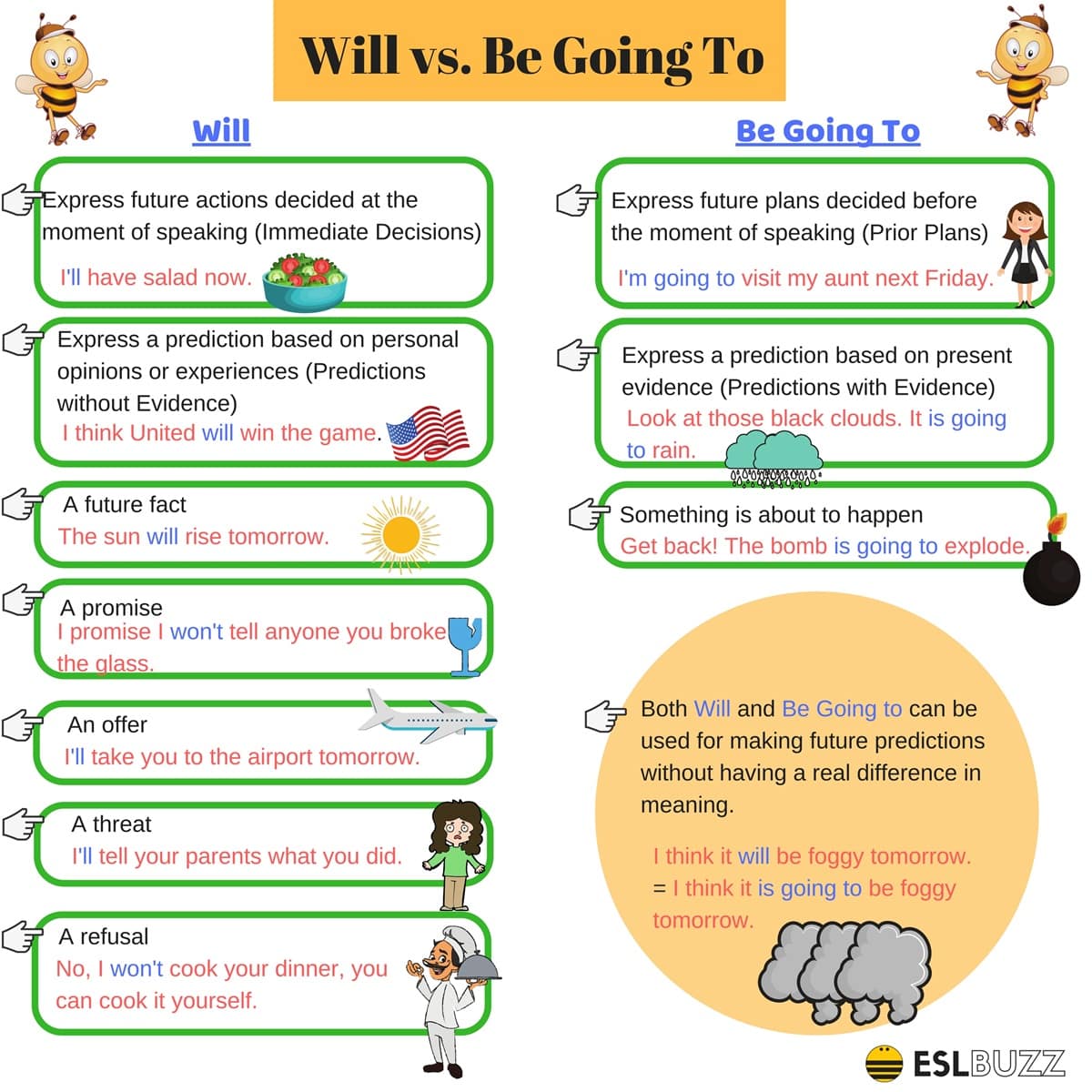