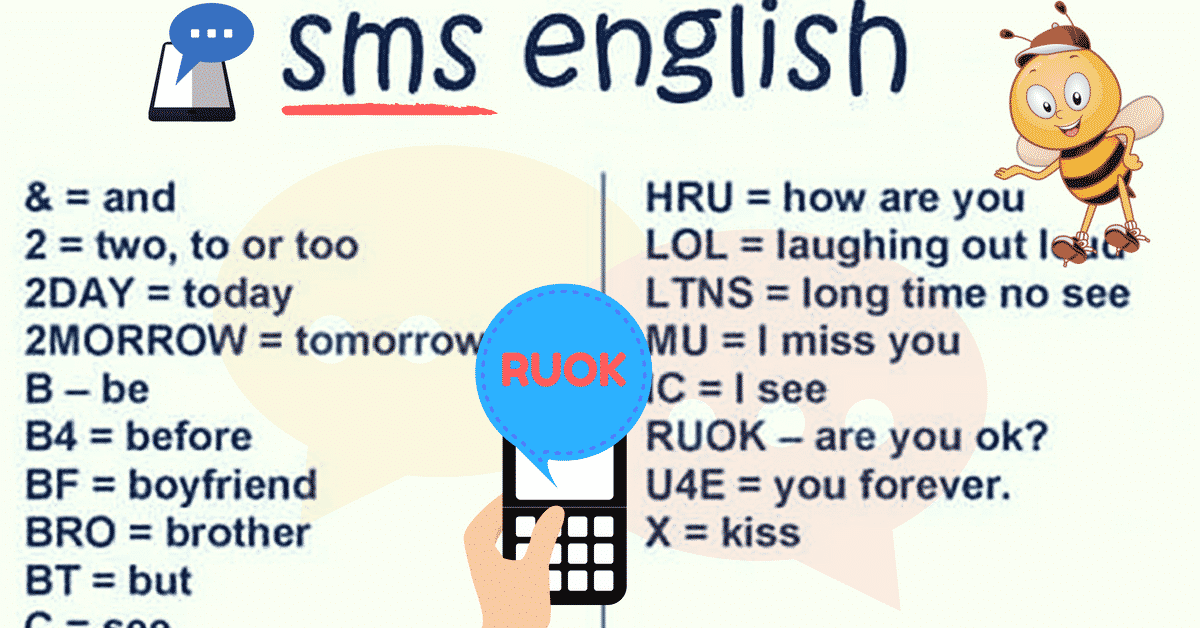 In today’s digital age, text messaging and online chat have become an integral part of our daily communication. Along with this, a new language has emerged – one that is shortened, abbreviated, and full of acronyms. Known as SMS language or textese, this form of communication is characterized by the use of text abbreviations and acronyms to save time and space when sending messages.

What are SMS language?

SMS language, also known as textese or txt language, is a form of communication that uses shortened words, phrases, and symbols to save time and space when sending text messages or instant messages. It is characterized by the use of text abbreviations and acronyms, such as “LOL” for “laugh out loud” or “BRB” for “be right back.” This style of communication is often used in informal, personal conversations and has become increasingly popular with the rise of mobile phones and instant messaging.

SMS language is different from formal written language and it is informal, it may be challenging for some people to understand and it may not be appropriate for all situations, such as in professional or academic contexts. It’s important to be aware of the audience and context when using SMS language and to use it with care.

Why do People Use SMS Language?

Once it became popular it took on a life of its own and was often used outside of its original context. At its peak, it was the cause of vigorous debate about its potentially detrimental effect on literacy, but with the advent of alphabetic keyboards on smartphones its use, and the controversies surrounding it, have receded and died off.

Here is a list of some common chat abbreviations in English:

The origins of SMS language can be traced back to the early days of text messaging and mobile phones. In the early 1990s, when text messaging first became available on mobile phones, the messages were limited to 160 characters, and this limitation encouraged users to find ways to shorten their messages to save space. As text messaging became more popular and the character limit increased, this style of communication continued to evolve.

The first text message was sent on December 3rd, 1992, by a software engineer named Neil Papworth, who sent “Merry Christmas” to the Vodafone director Richard Jarvis.

SMS language also evolved as a way for people to communicate quickly and efficiently using their mobile phones. The small screens and cramped keyboards of early mobile phones made typing difficult, and the limited number of characters allowed in a message further encouraged the use of abbreviations and acronyms. 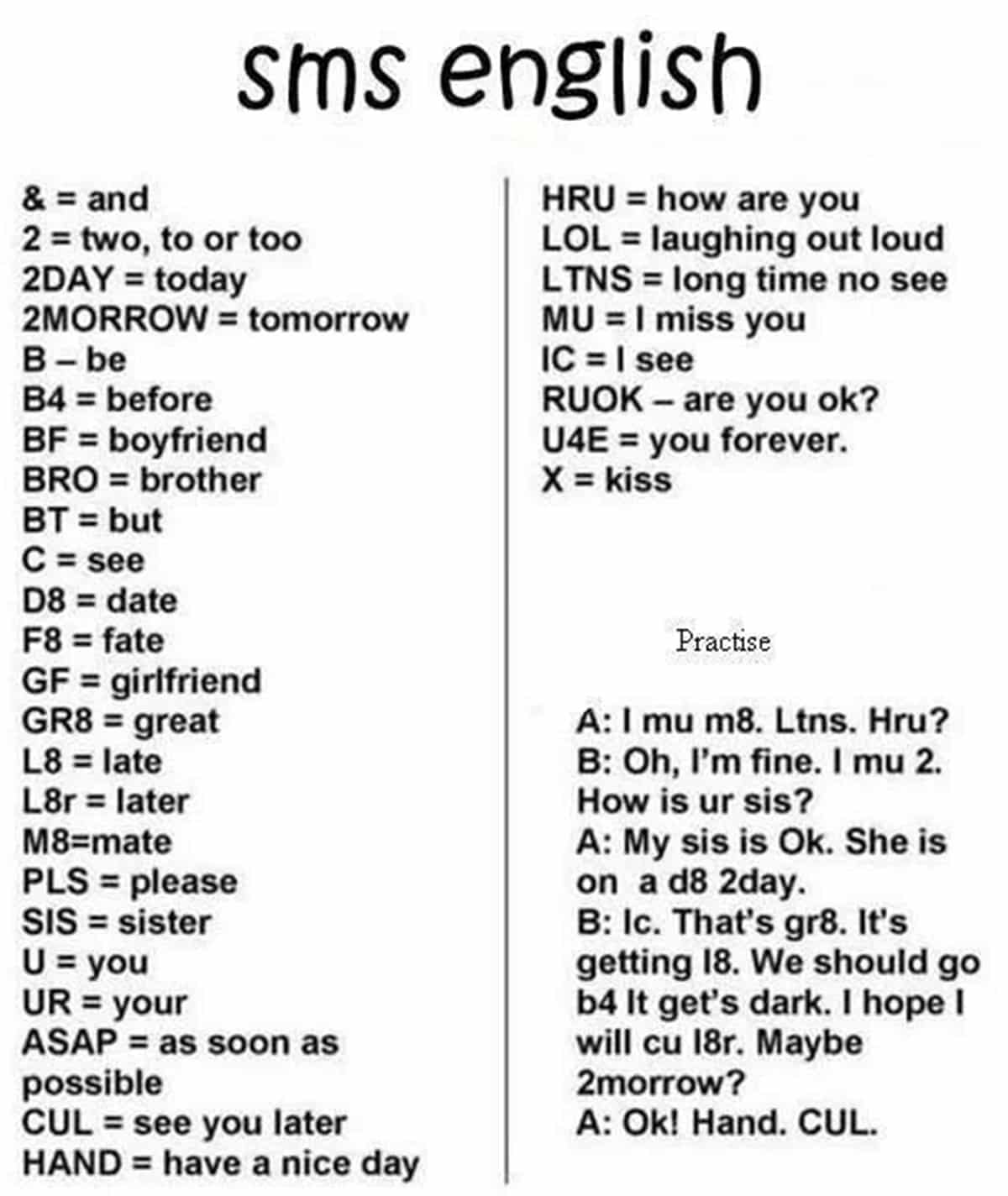 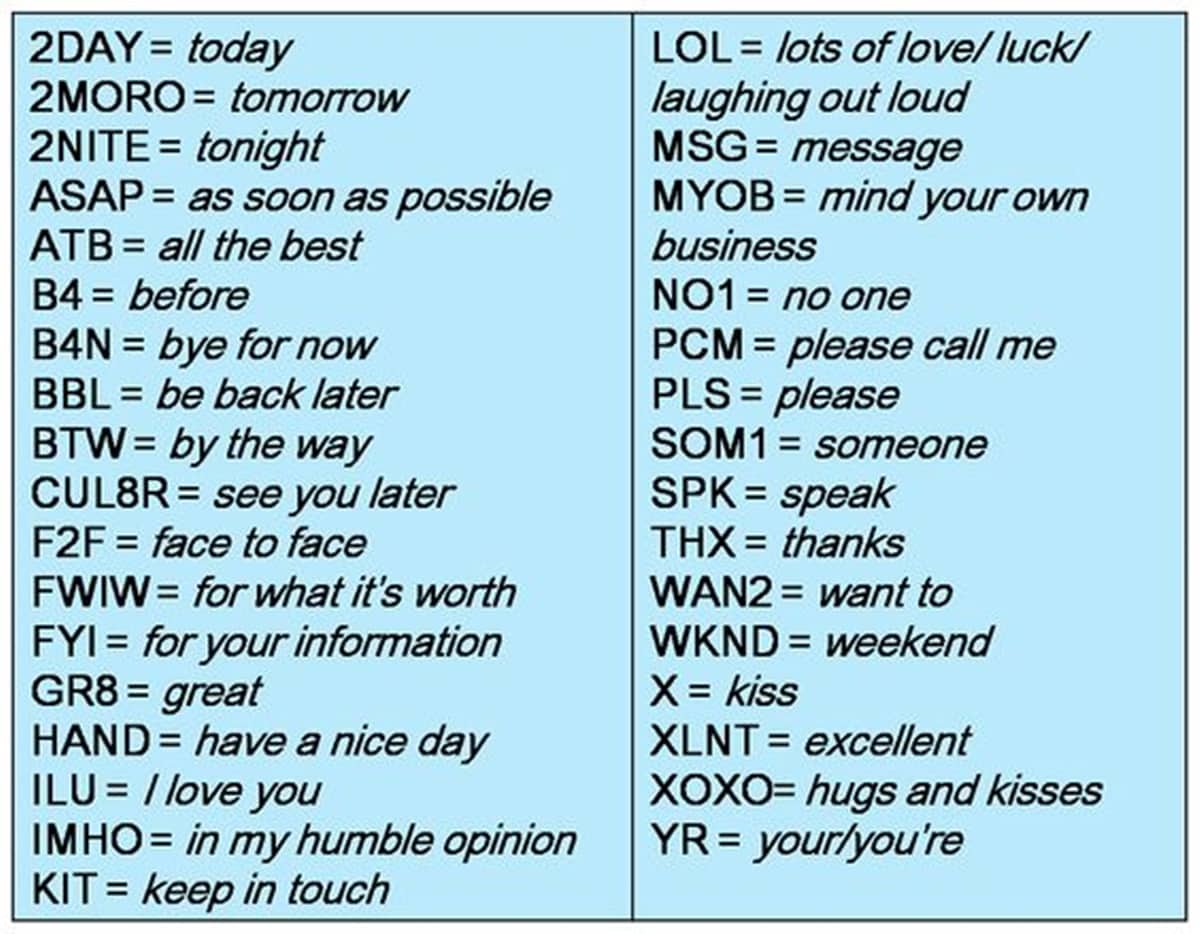 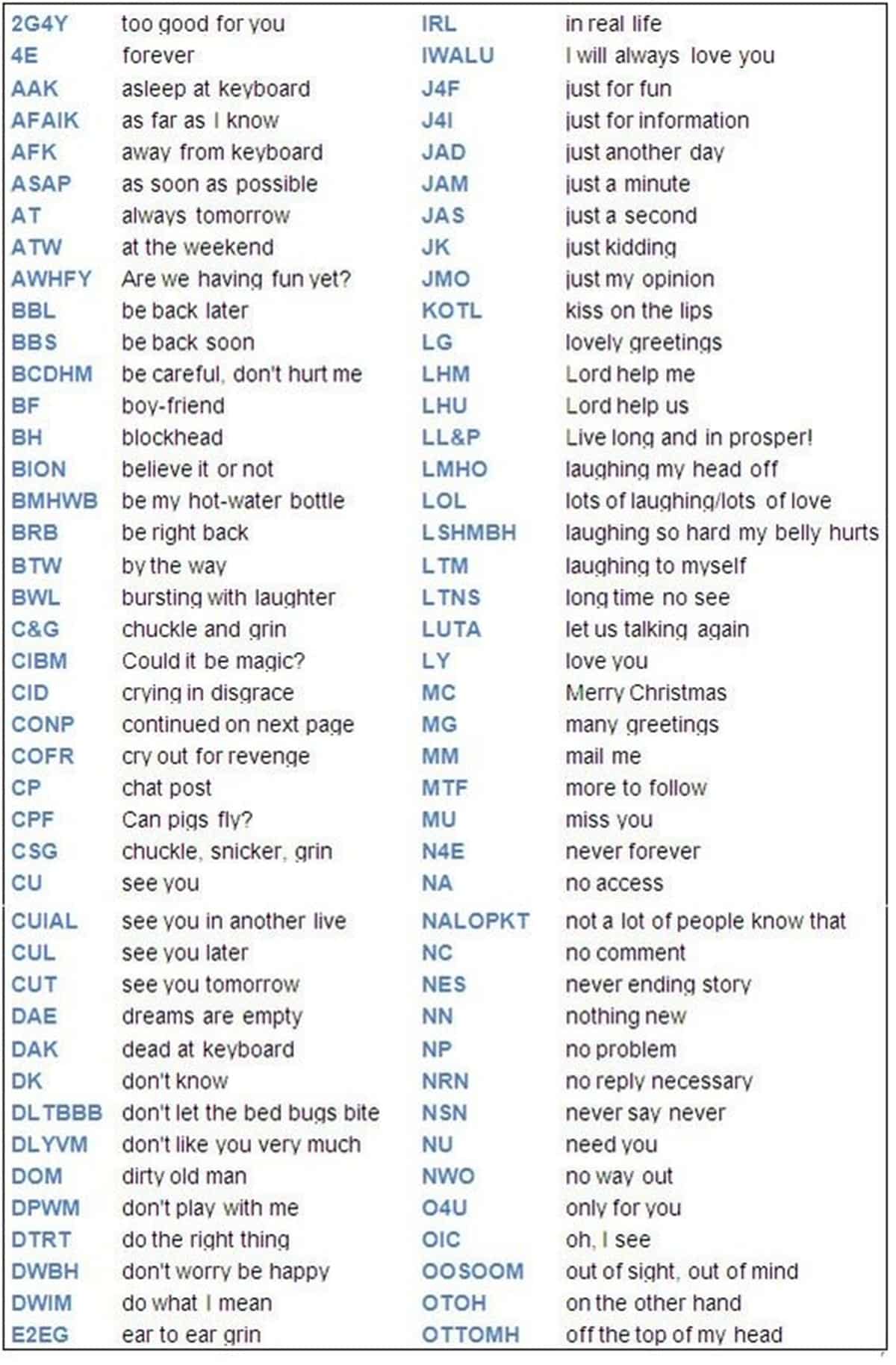 I want to learn english speaking.

I want to say a big shout out, to this wonderful individuals. For their impacts, in the life of many around the world. There’s nothing like knowledge, glad to come across 🙏

What a waste of time

I want to learn english speaking. 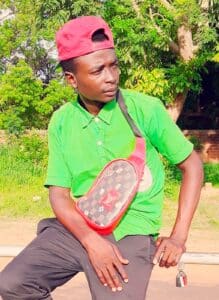