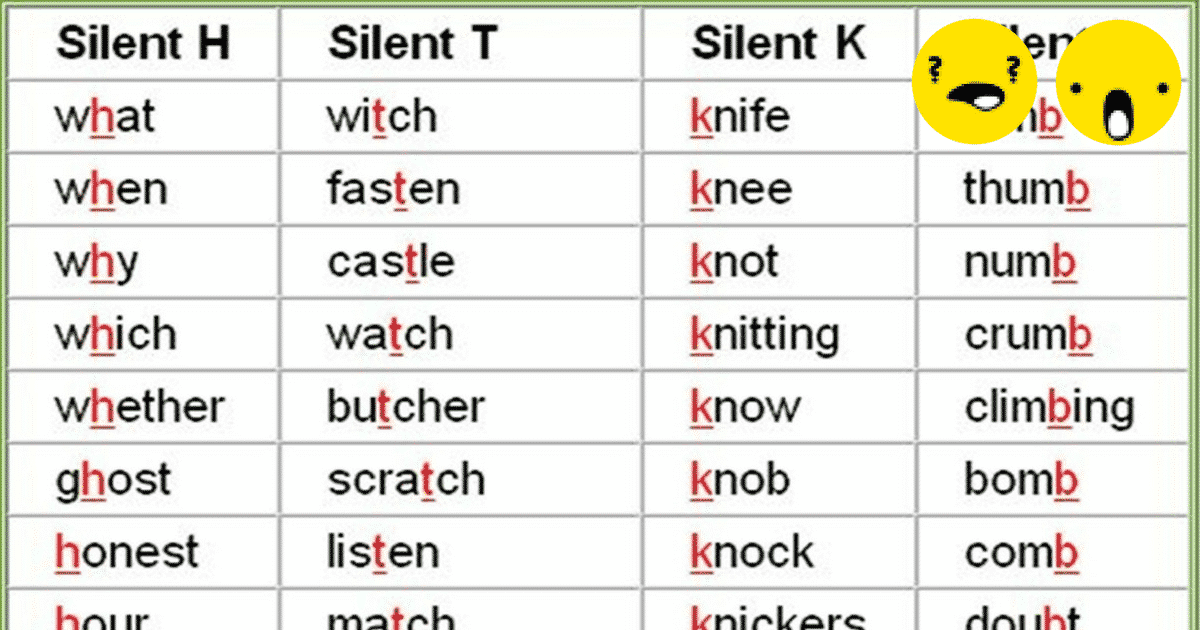 Silent letters in English refer to letters in a word that are not pronounced or sounded out when the word is spoken. These letters can be found in words of all origins and are often used to differentiate similar words with different meanings. Examples of silent letters include “b” in “doubt,” “g” in “gnaw,” “k” in “knee,” and “w” in “wrap”.

Learning to speak another language is hard enough, but students of English have to deal with further issues when they come to the written form of the language, and they soon find that English words do not always look exactly how they sound. In an alphabetic writing system, a silent letter is a letter that, in a particular word, does not correspond to any sound in the word’s pronunciation.

Silent letters cause difficulties for both native speakers and English learners, because they make the spelling of words different from their pronunciation.

Here is a list of common English words that have a silent letter: 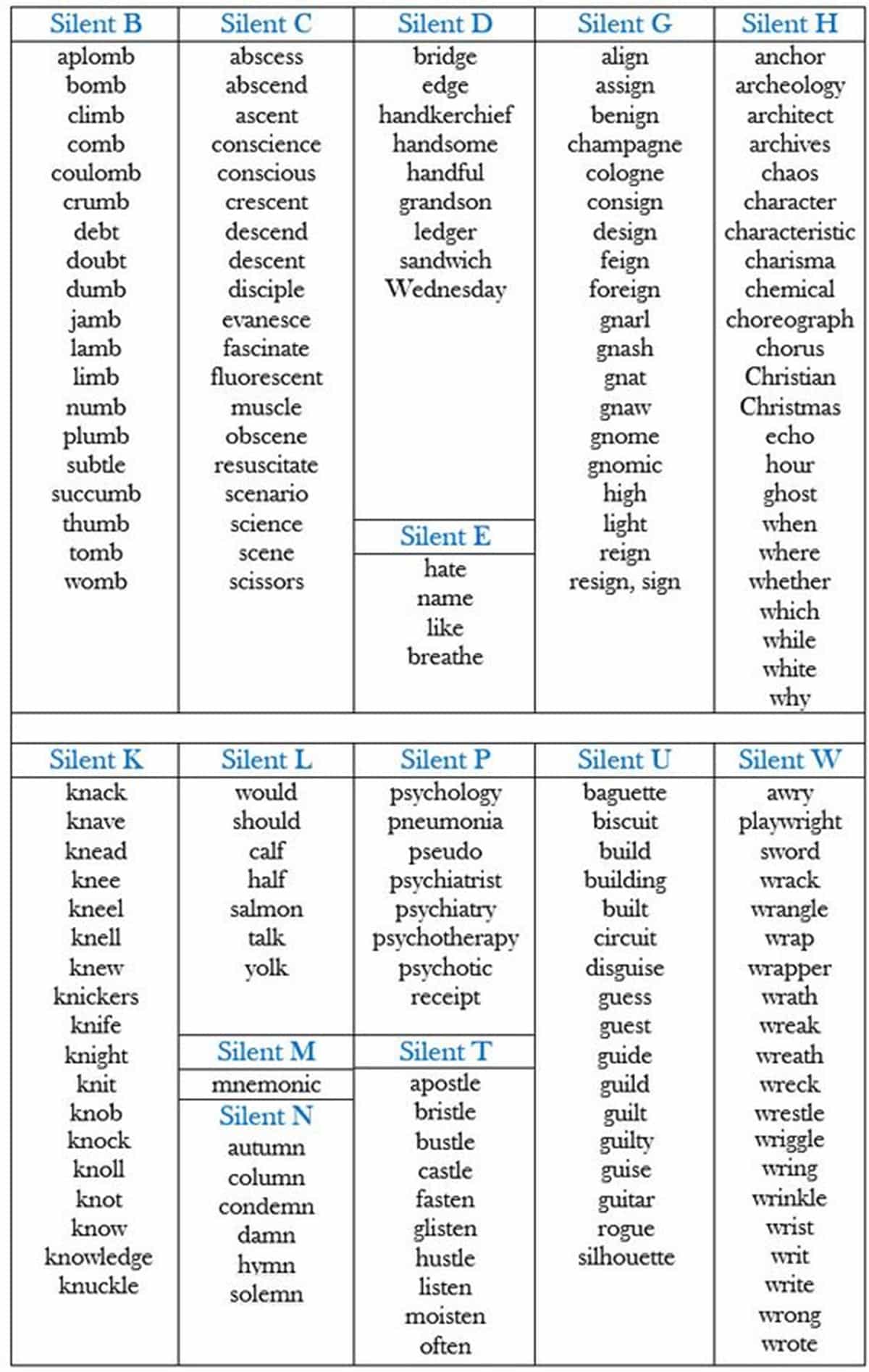 To summarize, English Language Learners may find some aspects of the spelling of English words to be challenging, maybe even confusing, particularly silent letters. The fact that silent letters are so prevalent should be reason enough for teachers to learn more about them. A combination of factors has influenced the English language and will most likely continue to do so. The silent letters often have a purpose, even though it might not be evident at first. At a minimum, this information can be beneficial in clearing up some confusion on why English words are spelled as they are. Identifying these problematic areas of the English language helps to better teach it to students in a way that makes sense to them.

Good kindly notify me the updates

Thanks, it’s so useful

It’s really useful, I appreciate and recommend everyone to sign in this page and will learn very important English words.

Thank you for sharing. God bless!