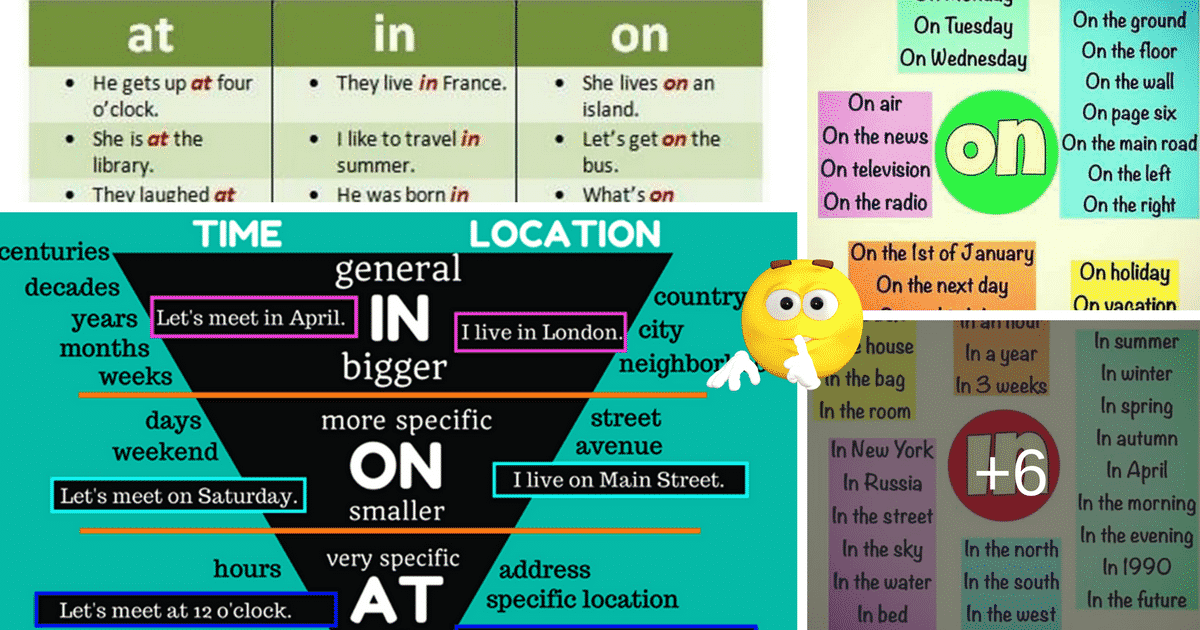 Prepositions of Time and Place At – In – On

When English speakers talk about time and place, there are three little words that often come up: in, on, and at. These common words are prepositions that show a relationship between two words in a sentence.

But these little two-letter prepositions seem to create confusion. Here are a few rules to help you understand when to use in, on, and at in a sentence.

For describing time and place, the prepositions in, on, and at go from general to specific.

Understanding the differences between these prepositions and when to use them correctly is important for clear communication in the English language.

Let’s start by looking at how we talk about time. English speakers use in to refer to a general, longer period of time, such as months, years, decades, or centuries. For example, we say “in April,” “in 2015” or “in the 21st century.”

Moving to shorter, more specific periods of time, we use on to talk about particular days, dates, and holidays . You may hear, “I went to work on Monday,” or “Let’s have a picnic on Memorial Day.”

For the most specific times, and for holidays without the word “day,” we use at. That means you will hear, “Meet me at midnight,” or “The flowers are in bloom at Easter time.”

Understanding the differences between these prepositions and when to use them correctly is important for clear communication in the English language. Additionally, it’s important to note that the same prepositions that are used for time, can be used for place as well, and might have different meanings depending on the context.

When English speakers refer to a place, we use in for the largest or most general places. You can say that “VOA is located in Washington, D.C.” And “for the best food, try the restaurants in Chinatown.”

For more specific places, like certain streets, we use the preposition on. You may know that President Obama lives on Pennsylvania Avenue in Washington, D.C.

Finally, we get to the most specific places. For exact addresses or intersections, we use the preposition at. If I invited you to visit us here at VOA, I would say, “Come to my office at 330 Independence Avenue.” To be exact, it’s at the corner of Independence and 3rd Street.”

In English, though, there is always an ‘exception to the rule.’ When talking about transportation, things get a little hard to understand. We use on for public vehicles like buses or trains, but also for smaller ones like a bicycle. “I rode there on my bicycle.” However, you ride in a car.

Still, it helps to know that English prepositions do have some rules.

Following the “general to specific” rule should help you most of the time.

Prepositions of Time and Place | Images 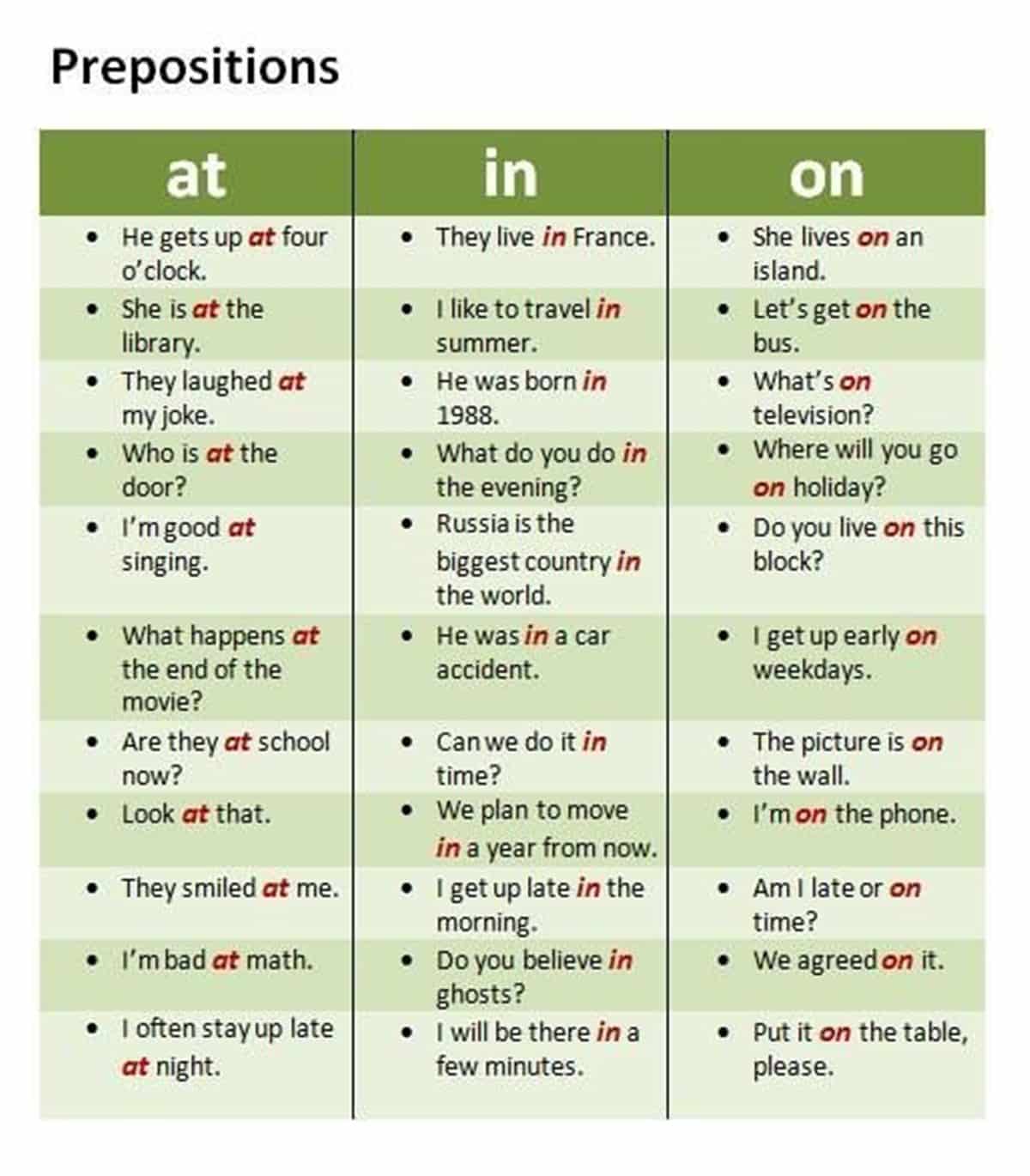 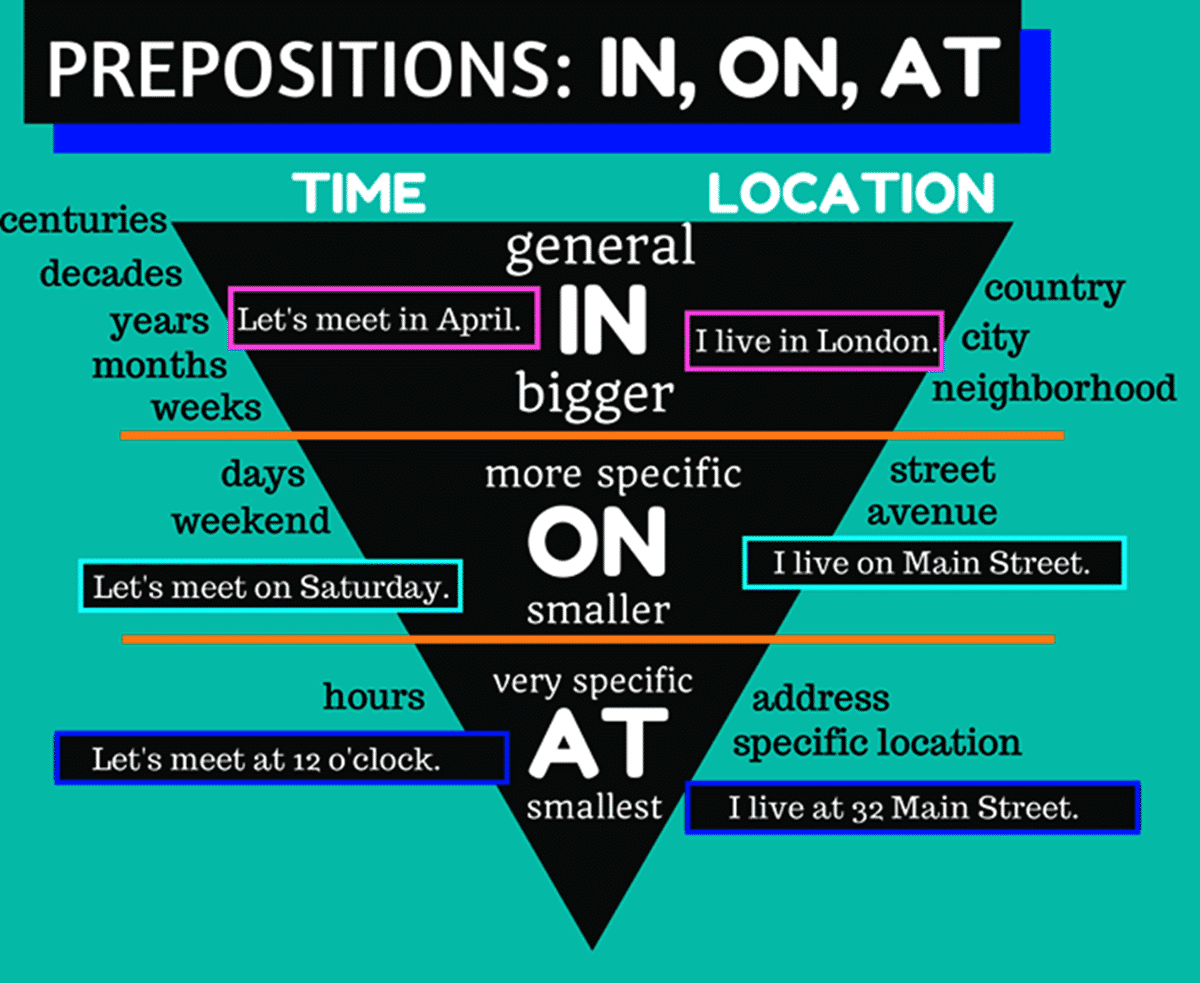 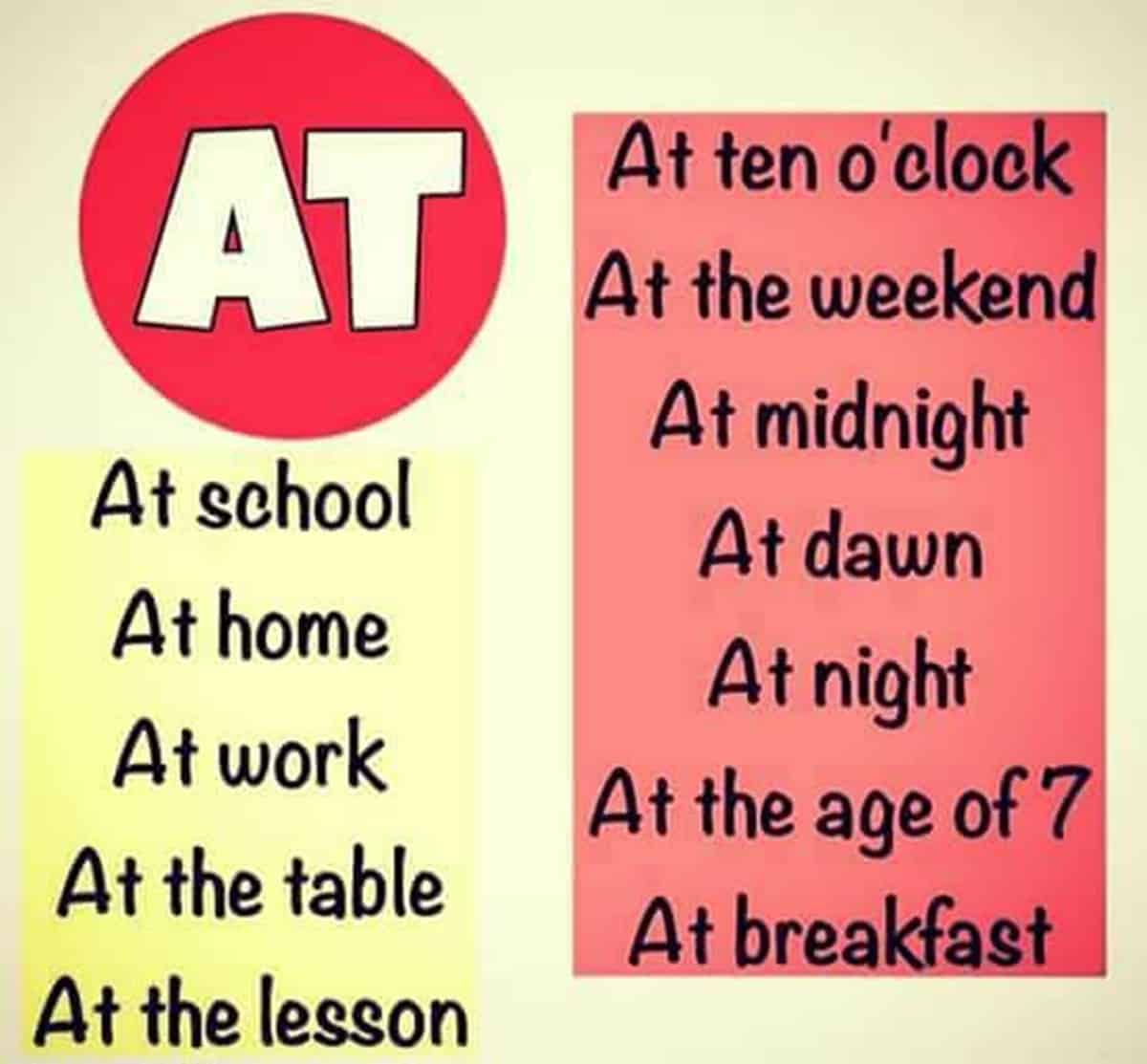 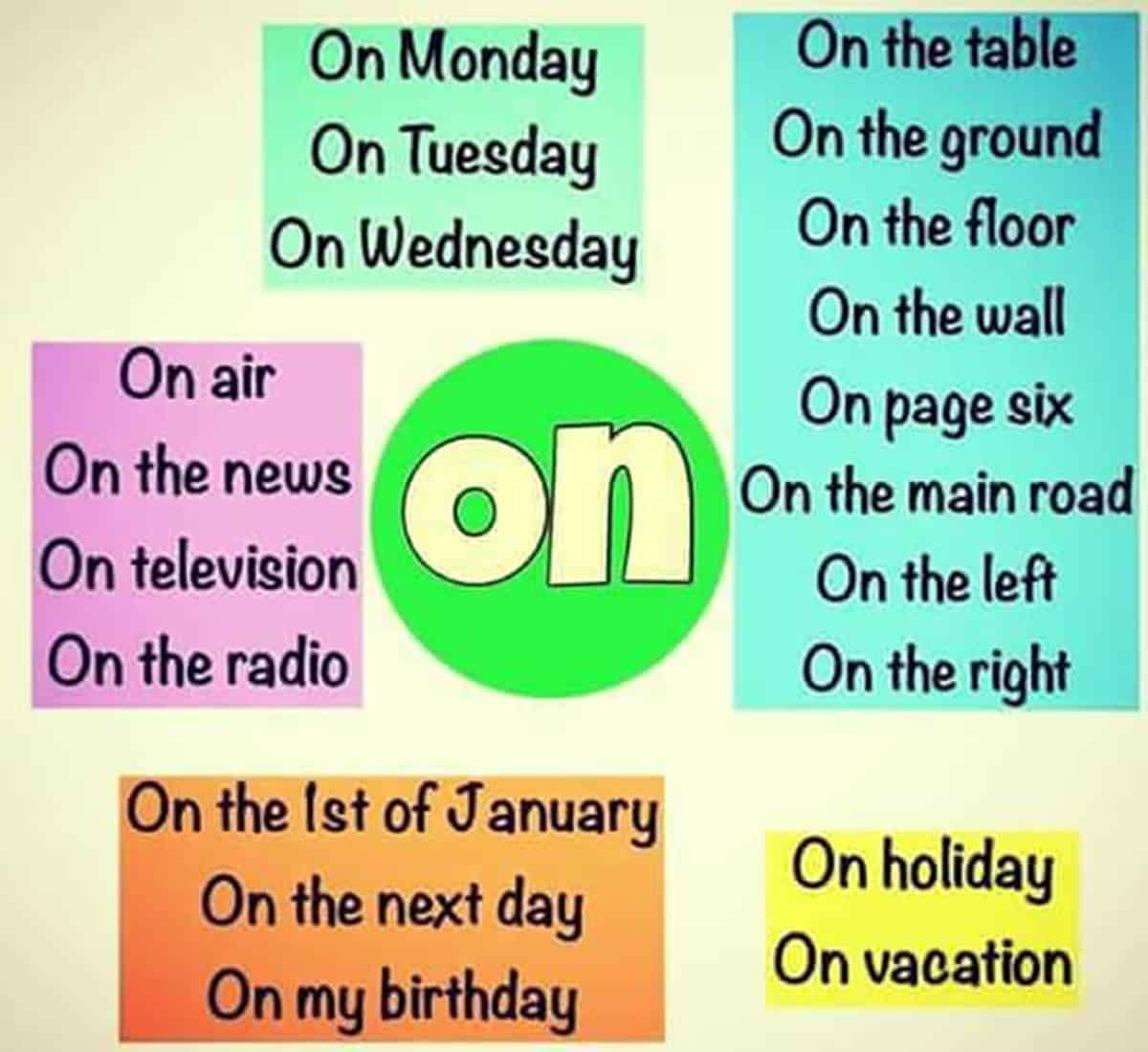 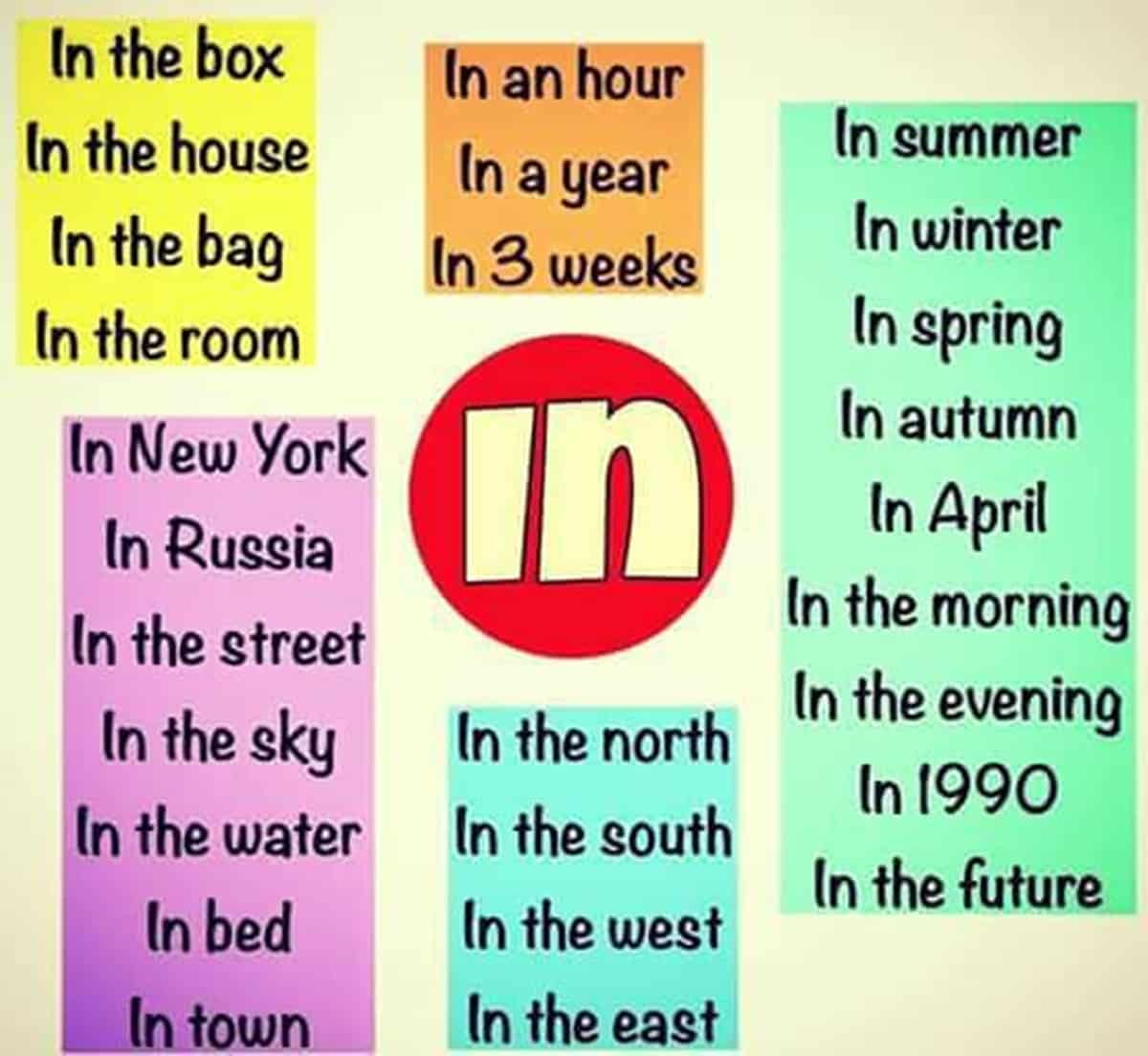 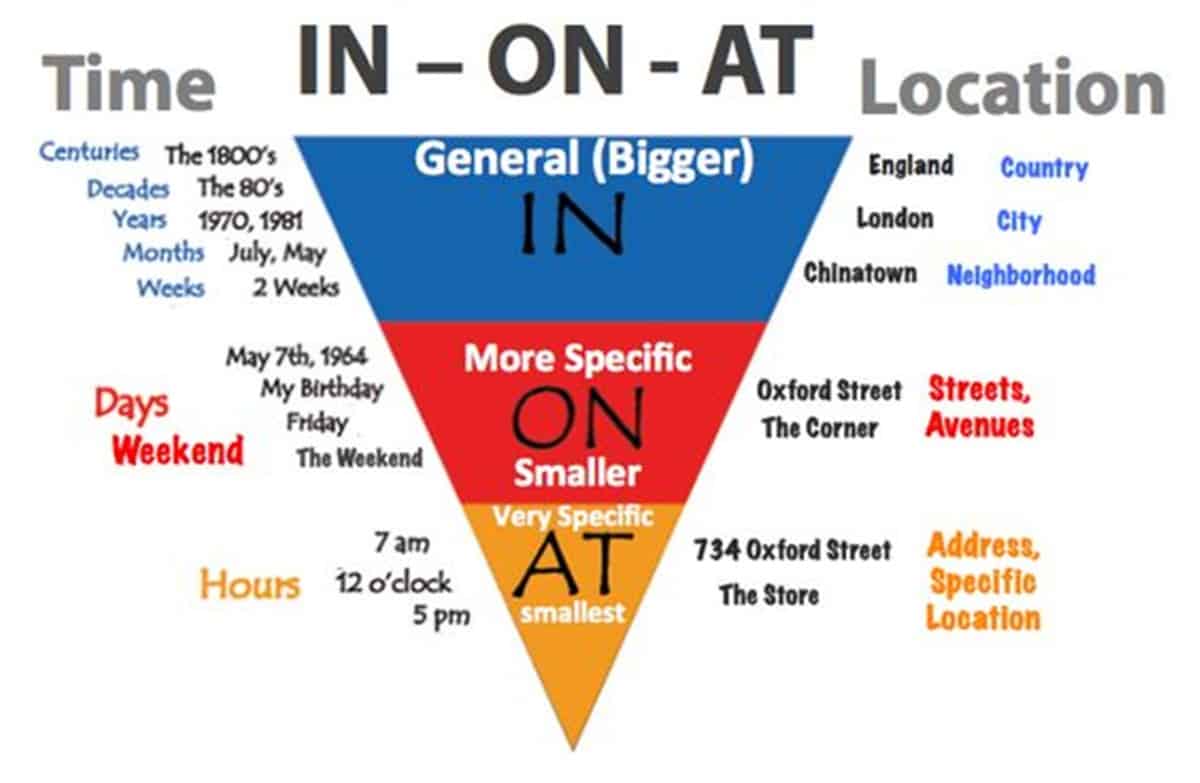 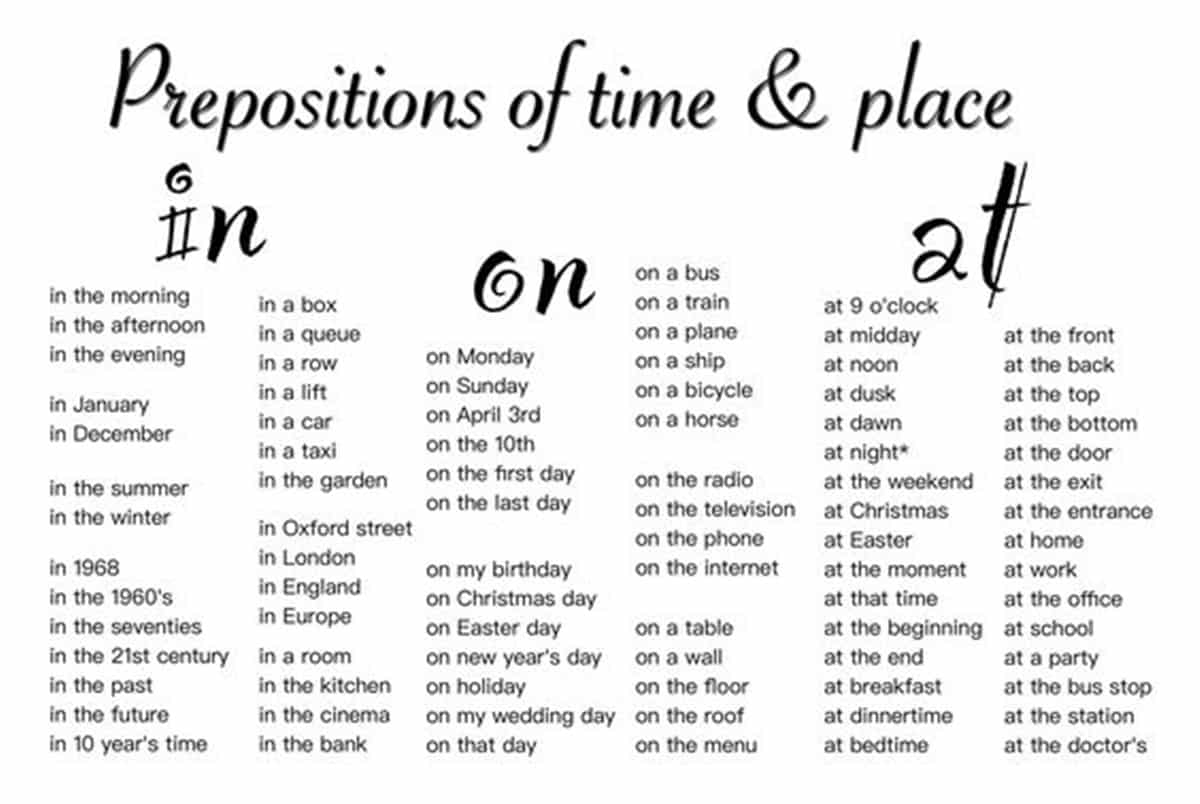 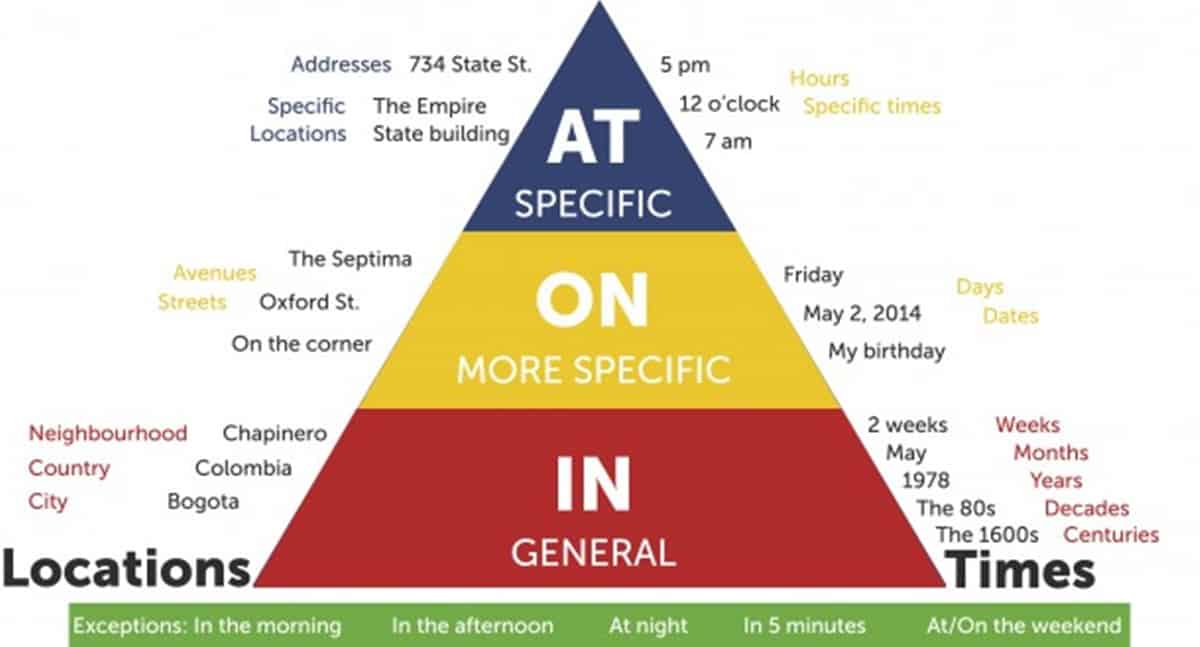 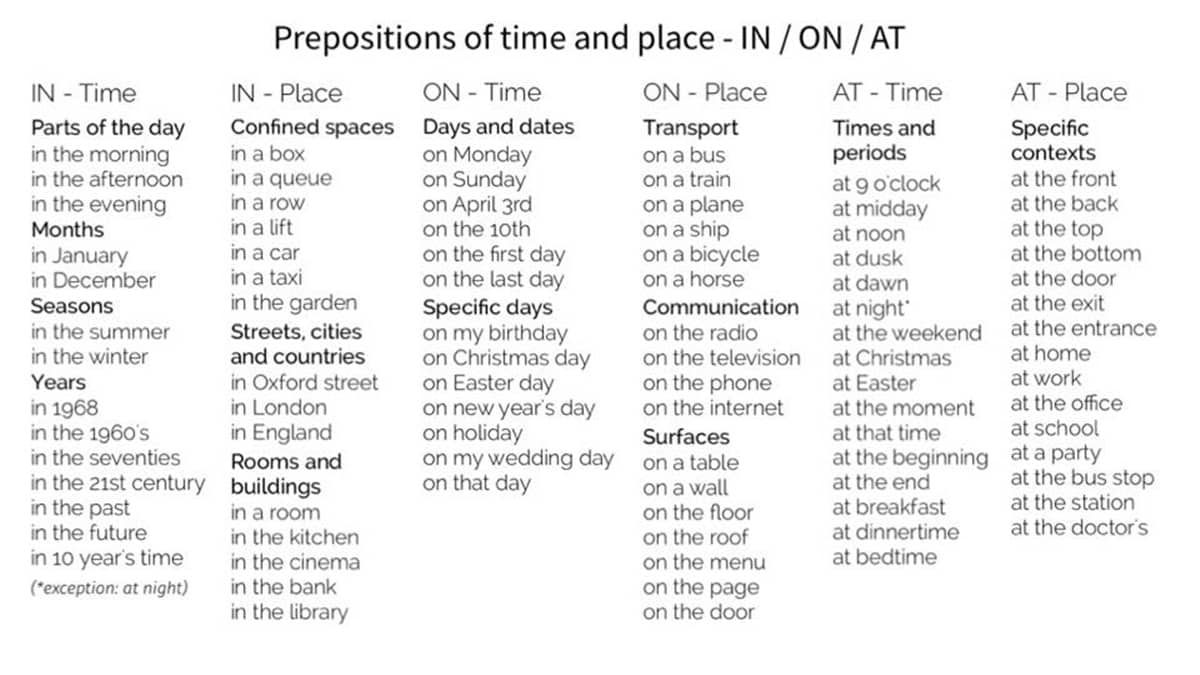 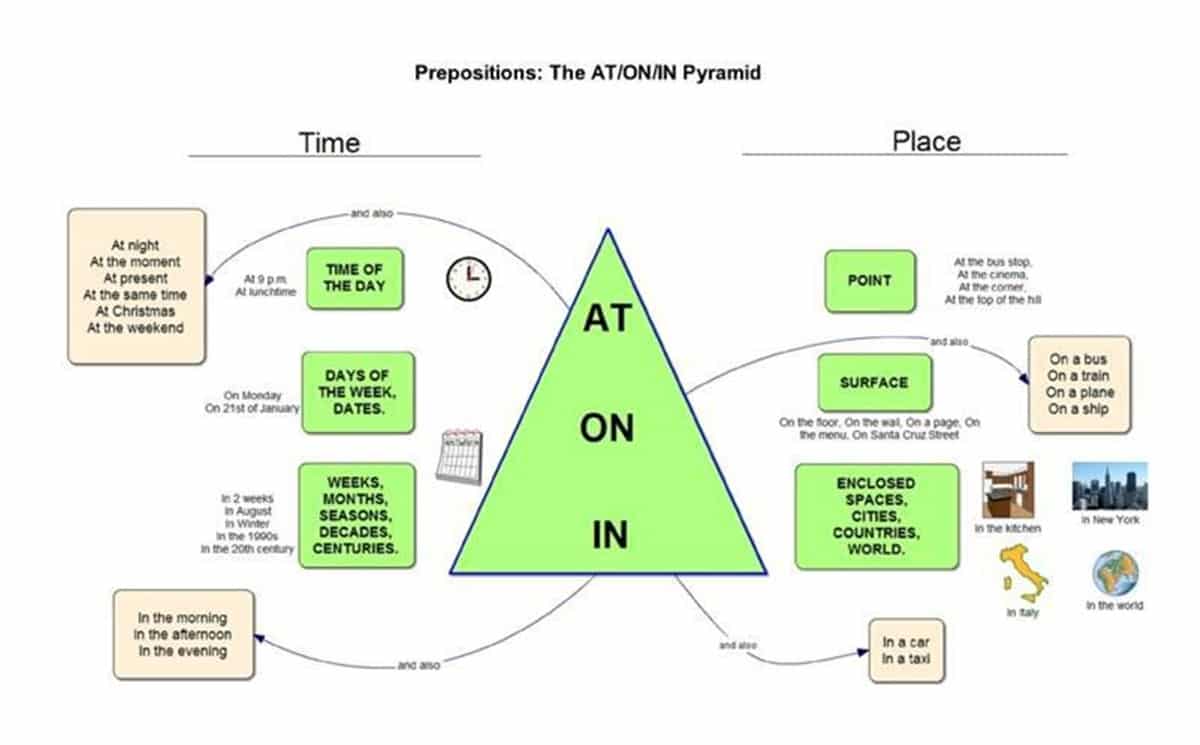 u make me more easy in prepositon sir
﻿