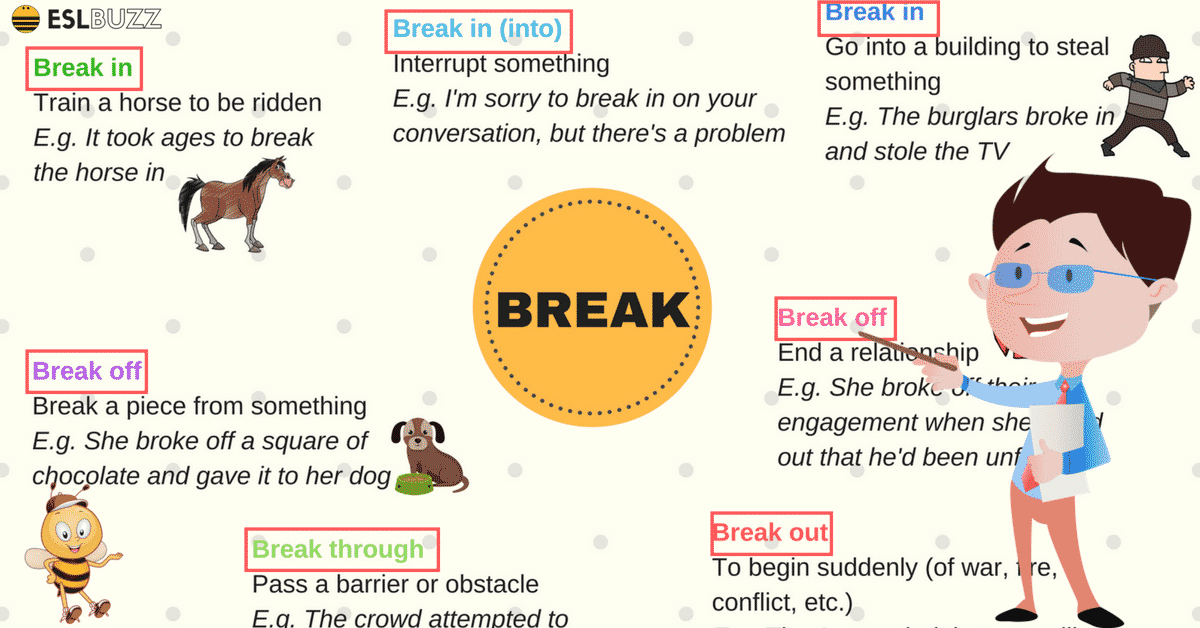 Phrasal Verbs with BREAK in English

Commonly used phrasal verbs that include the verb BREAK.

Phrasal Verbs with Break with their Meaning

E.g. He broke off in the middle of a sentence.

E.g. The back section of the train had broken off.

E.g. They’re worried that war will break out.

Meaning: To escape from a place or situation

E.g. She needed to break out of her daily routine and do something exciting.

E.g. The measles caused me to break out in a rash.

Meaning: Pass a barrier or obstacle

E.g. The crowd attempted to break through police lines.

E.g. Scientists think they are beginning to break through in the fight against cancer.

Meaning: To successfully deal with smt that is stopping you making progress

E.g. She attempts to break through prejudice in the workplace.

Meaning: Break into many pieces

E.g. The cup broke up when he dropped it on the floor.

Meaning: Close an educational institution for the holidays

E.g. Schools break up at the end of June for the summer holidays.

E.g. They had been going out for a couple of years before they broke up.

Meaning: “Become inaudible over the telephone because of interference”

E.g. You’re breaking up so I’ll call you back in a minute. 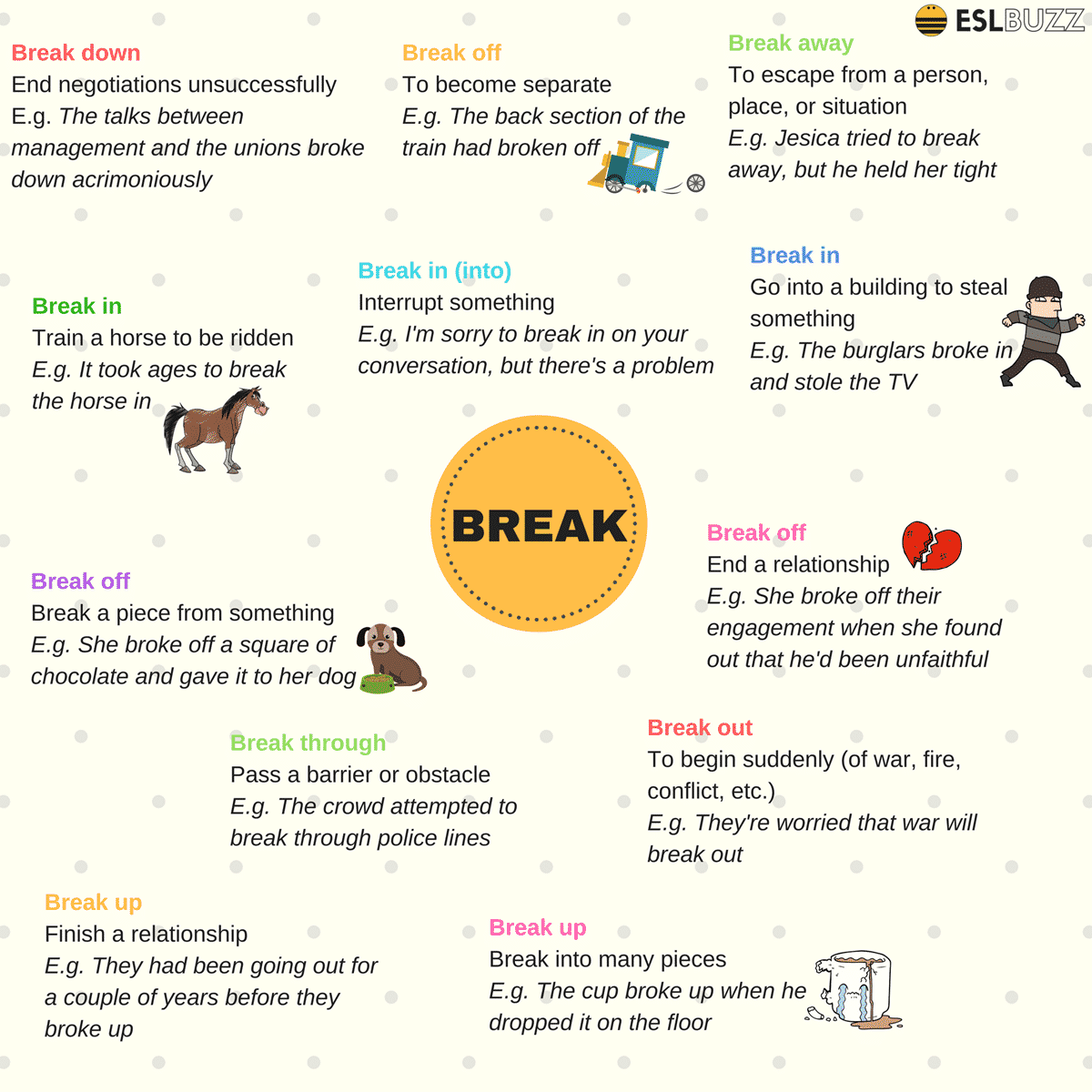 Btw,, would u like to tell me, how to study grammar in 16 tenses with the formula? Give an example