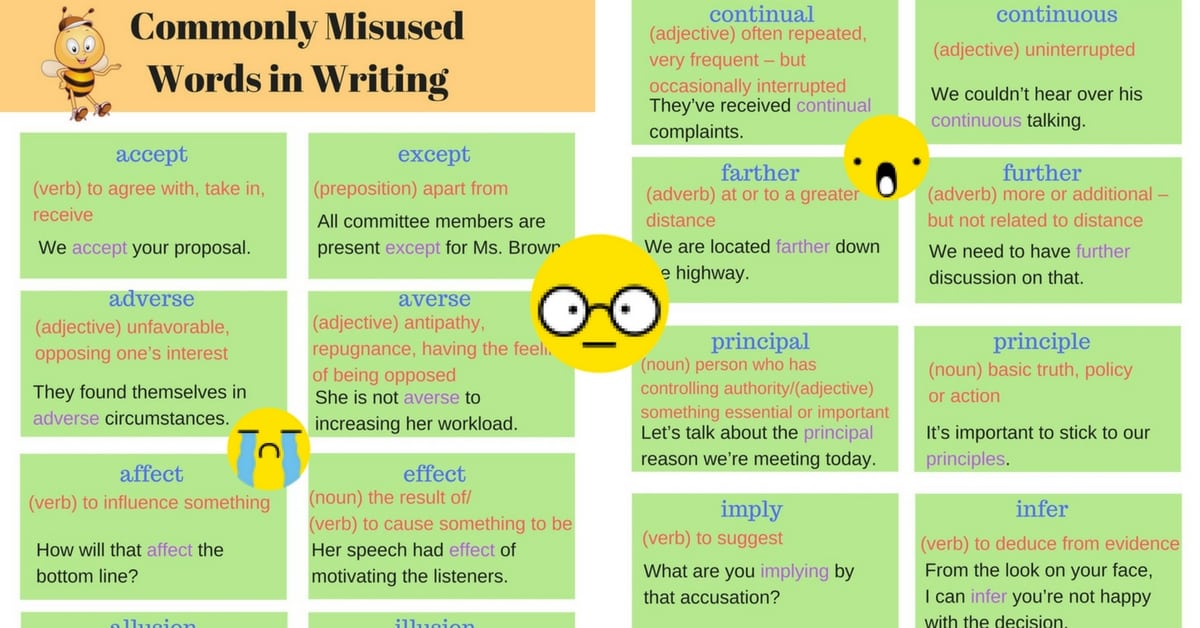 List of Common Writing Mistakes in English! Many words in the English language are commonly misused because they sound similar, yet they have different spelling and meaning (homonyms). Other words may not sound alike, yet might still be confusing.

Affect is a verb meaning “influence, shape” and effect is a noun meaning “result, outcome.” Effect can be used as a verb only when it means to bring about or cause something to happen.

There refers to a place that indicates where something is located and can be used as a pronoun that introduces a sentence. Their is a plural possessive pronoun. They’re is a contraction of they are.

A council is group of people that assembles for discussion; counsel means advice or guidance.

Compliment means a statement of praise; complement means to go well with or perfect something else.

Allusion is an indirectly made reference. Illusion is a misconception or false impression.

Principle means rule or standard. Principal refers to a person who holds a high position or plays an important role; it also an adjective that means chief or leading.

Elicit means to bring out, draw out, or evoke. Illicit means illegal.

Its is a possessive pronoun that indicates ownership or possession; it’s is a contraction of it is or it has. Note: The use of contractions needs to be avoided in formal writing.

The whole comprises (or includes) the parts; and the parts compose (or make up) the whole. 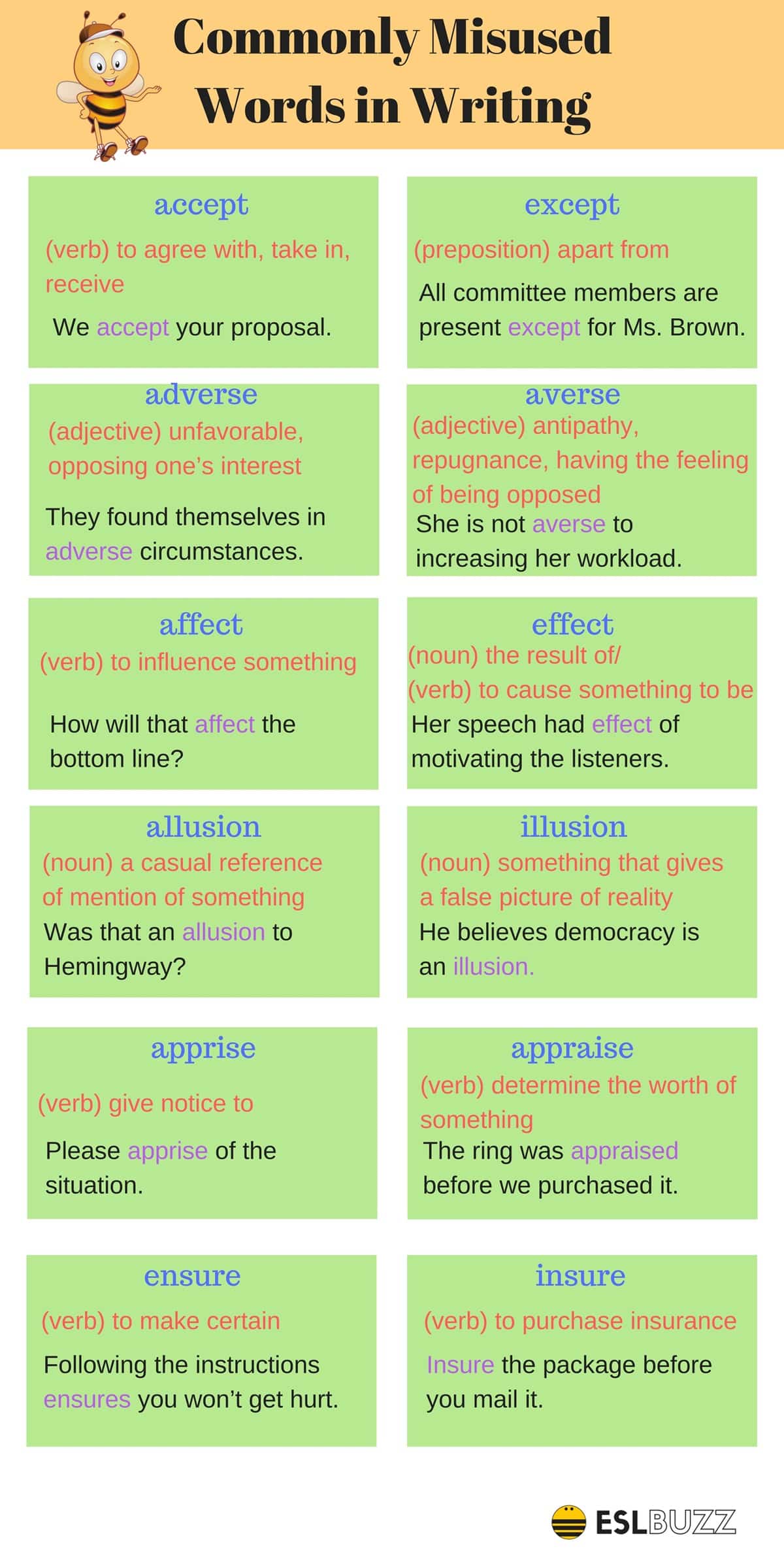 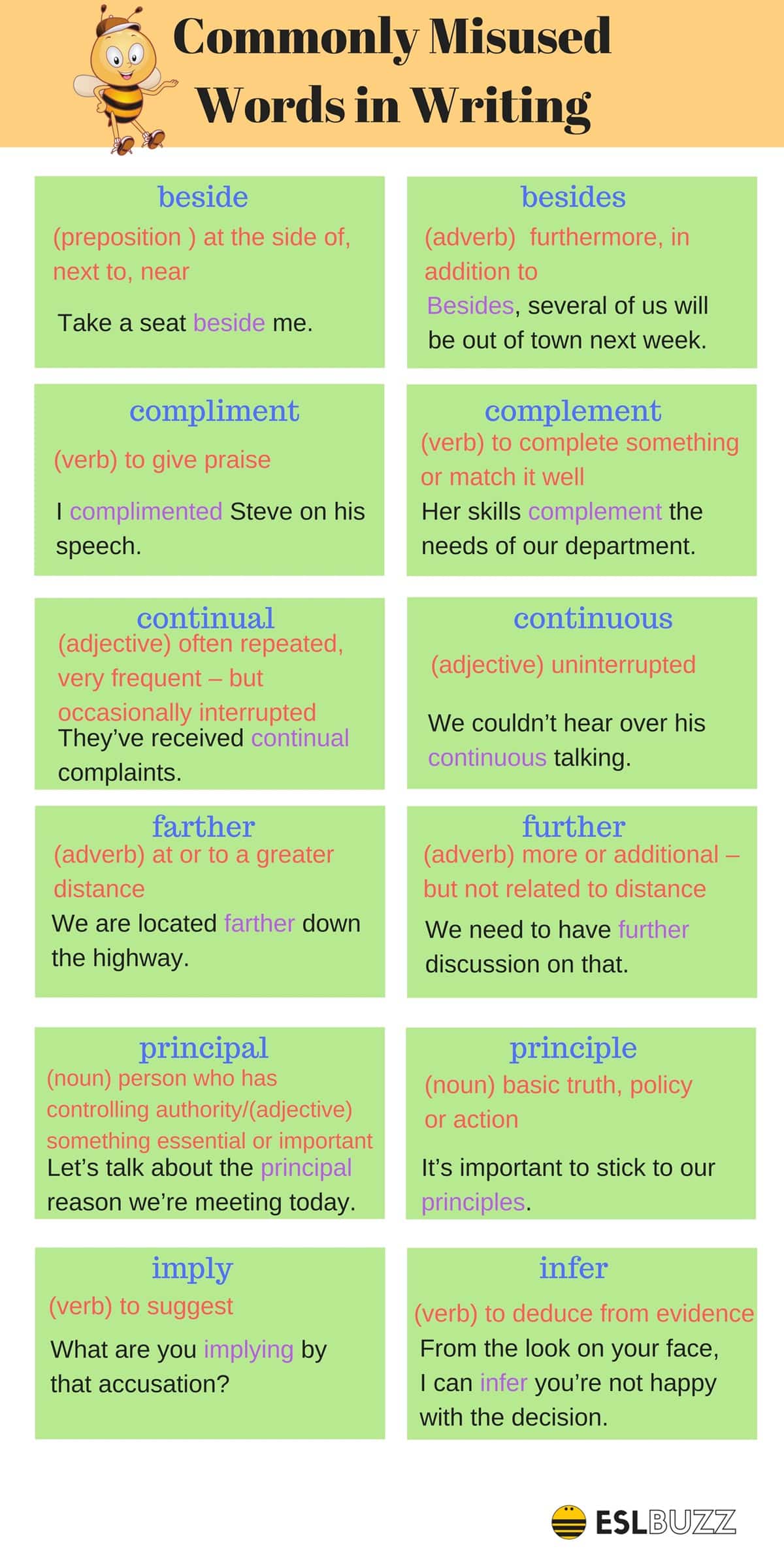