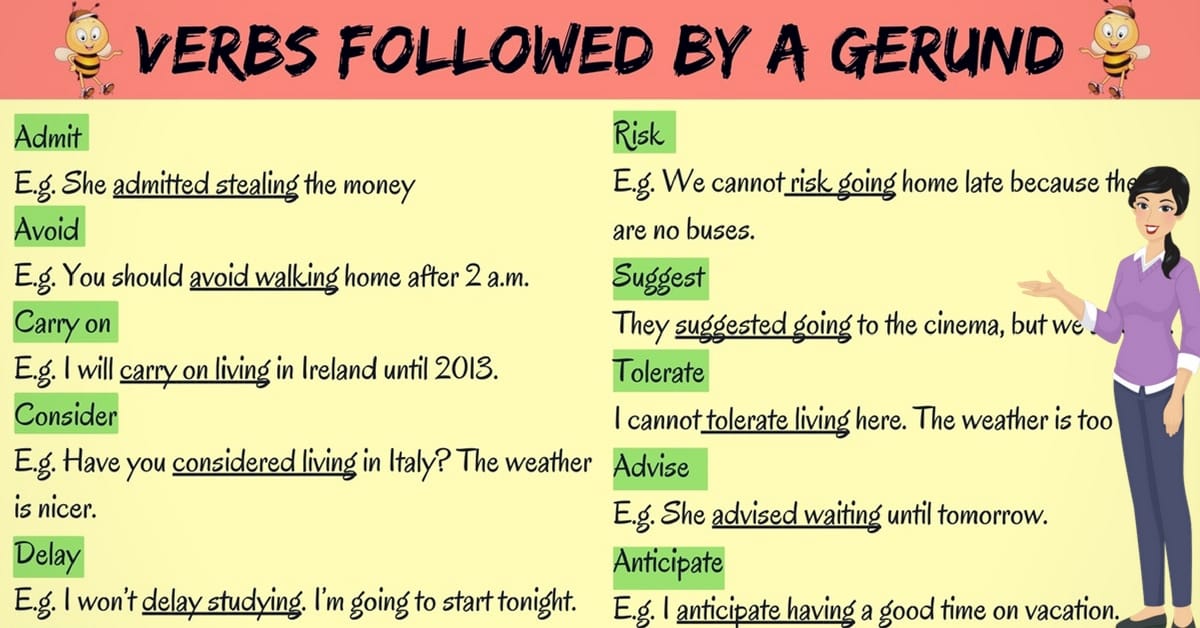 Learn List of Verbs Followed by a Gerund with Pictures and Examples in English.

A gerund is a verb form that functions as a noun.

Although similar to a verbal noun, the two are not identical, as a gerund retains properties of a verb, whereas a verbal noun does not; in English this is most evident in the fact that a gerund can be modified by an adverb and can take a direct object. The term “-ing form” is often used in English to refer to the gerund specifically.

Common Verbs Followed by a Gerund

E.g. She admitted stealing the money

E.g. You should avoid walking home after 2 a.m.

E.g. Have you considered living in Italy? The weather is nicer.

E.g. I don’t mind sleeping on the sofa.

E.g. I enjoy travelling around the world.

E.g. Have you finished cleaning the kitchen?

E.g. I want to give up smoking soon.

E.g. Can you imagine winning the lottery? I would be amazing!

E.g. I miss spending time with my friends in Spain.

E.g. Do you spend a lot of time studying?

E.g. We cannot risk going home late because there are no buses.

E.g. They suggested going to the cinema, but we said no.

E.g. I cannot tolerate living here. The weather is too bad!

E.g. She advised waiting until tomorrow.

E.g. I anticipate having a good time on vacation.

E.g. I appreciated hearing from them.

E.g. I can’t help worrying about it.

E.g. I love going to operas.

E.g. She mentioned going to a movie.

E.g. He quit trying to solve the problem.

E.g. I don’t recall meeting him before.

E.g. I don’t recollect meeting him before.

E.g. I regret telling him secret.

E.g. I can remember meeting him when I was a child.

E.g. I resent her interfering in my business.

E.g. She stopped going to classes when she got sick.

E.g. I tried changing the light bulb, but the lamp still didn’t work 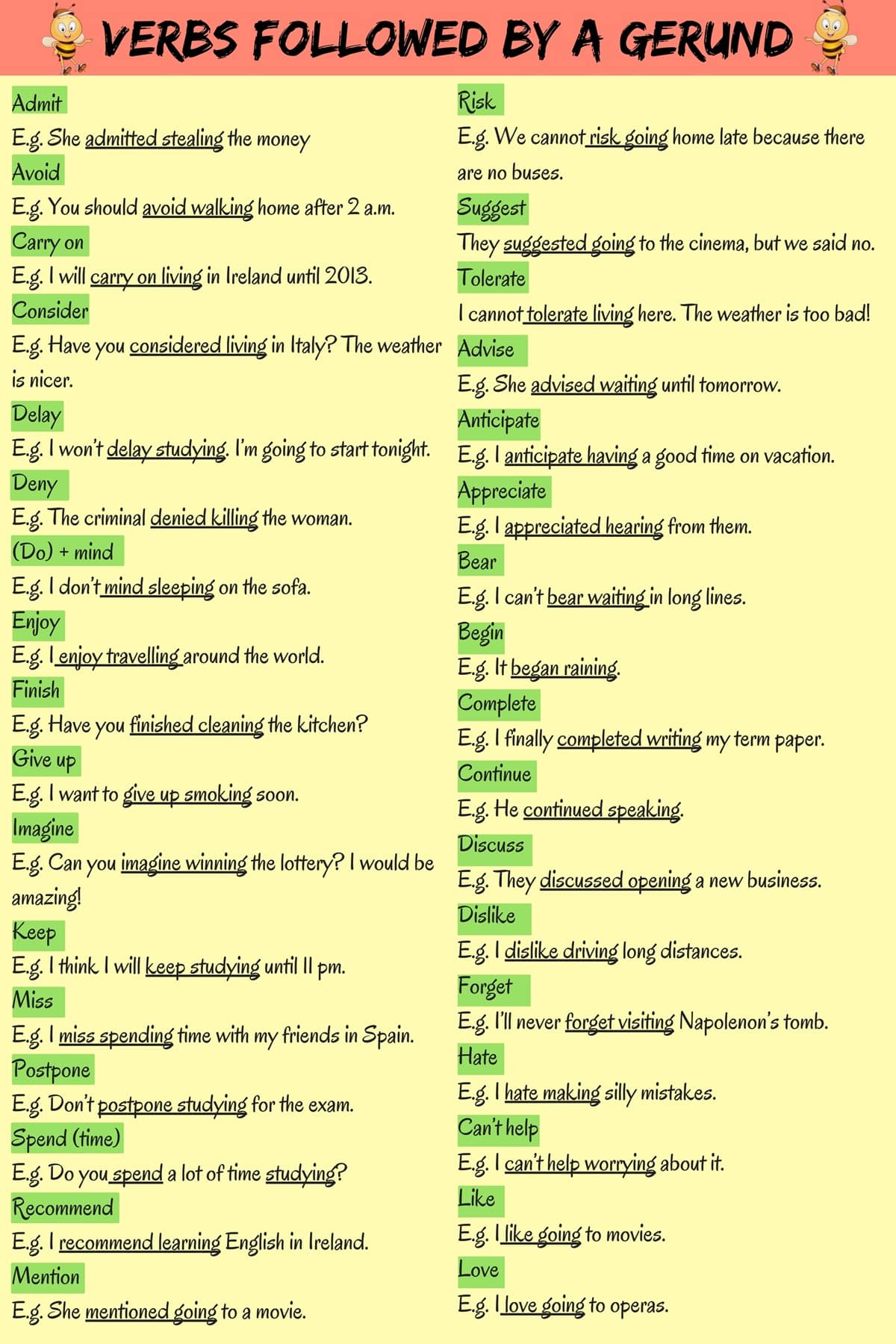 Useful work,as always! Yet, let me suggest my speculation that the wording of the example “The criminal denied killing the woman.” gives air to an ambiguity, shortly.