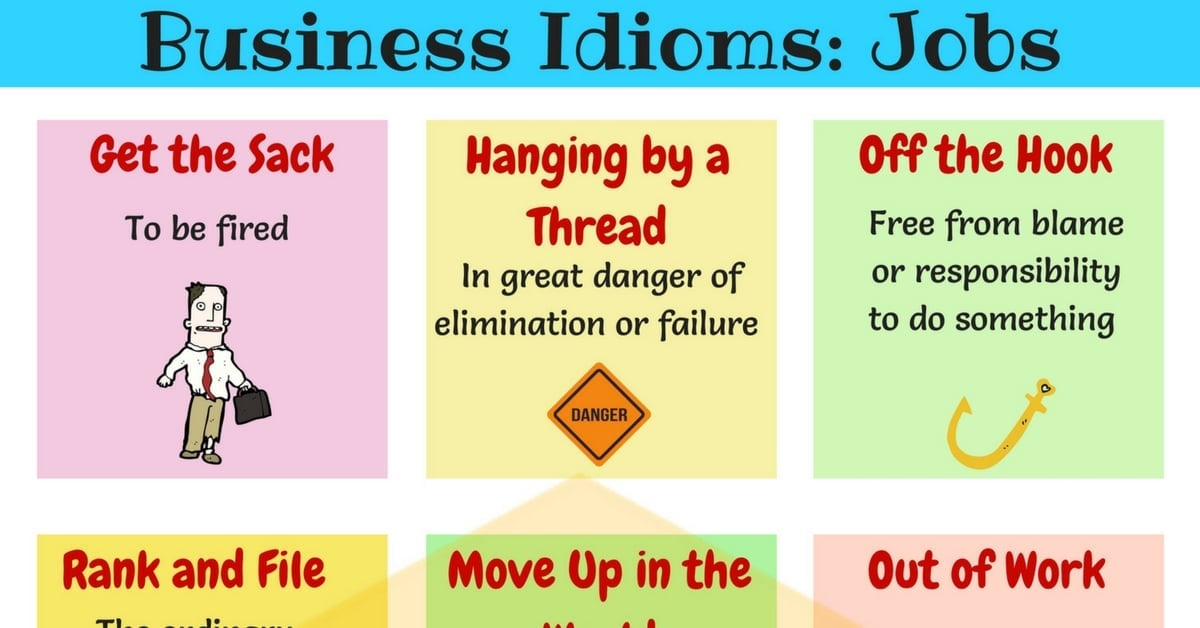 Idioms about Job! The following article provides a useful list of idioms relating to job in English with their meaning and examples and ESL images.

Idioms about Job in English

Idioms about Job with Meaning & Examples

Meaning: Become more familiar with a job or field of endeavor; be trained

Example: It will take me several months to learn the ropes, but I’m sure you’ll be satisfied with my performance.

Meaning: To be fired

Example: I just got the sack, and so did 20 other people. I have three hours pack up my things and leave the office.

Note: “Be sacked” is known and understood on the USA, but “get the sack” is much less common.

Meaning: Free from blame or responsibility to do something

Example: Jason said he’d finish the project tonight, so you’re off the hook.

Meaning: In great danger of elimination or failure

Example: After you botched a third sales presentation, your job is hanging by a thread -you really need to improve.

Example: I’ve been working two jobs so we can buy a car, but I’m very tired. I’m burning the candle at both ends.

Meaning: The ordinary members of an organization

Example: Labor leaders announced that they have agreed to a new contract, but the rank and file still don’t like it.

Meaning: A layoff notice; loss of a job, typically because of layoffs

Example: After teaching for ten years in that district, I got a pink slip last Tuesday.

Example: I’ve been out of work since December. Hope I find a new job soon!

Example: You’re driving a Lexus now. I can see you’re moving up in the world.

Meaning: Fire someone, remove someone from a group or team

Example: Linda hasn’t done a bit of work in months. I think it’s time we gave her the old heave-ho.

Meaning: That’s what I’m here for; although I have accomplished something, it is part of what I’m expected to do .

Example: Jim, you really did well on that presentation! – Oh, all in a day’s work! 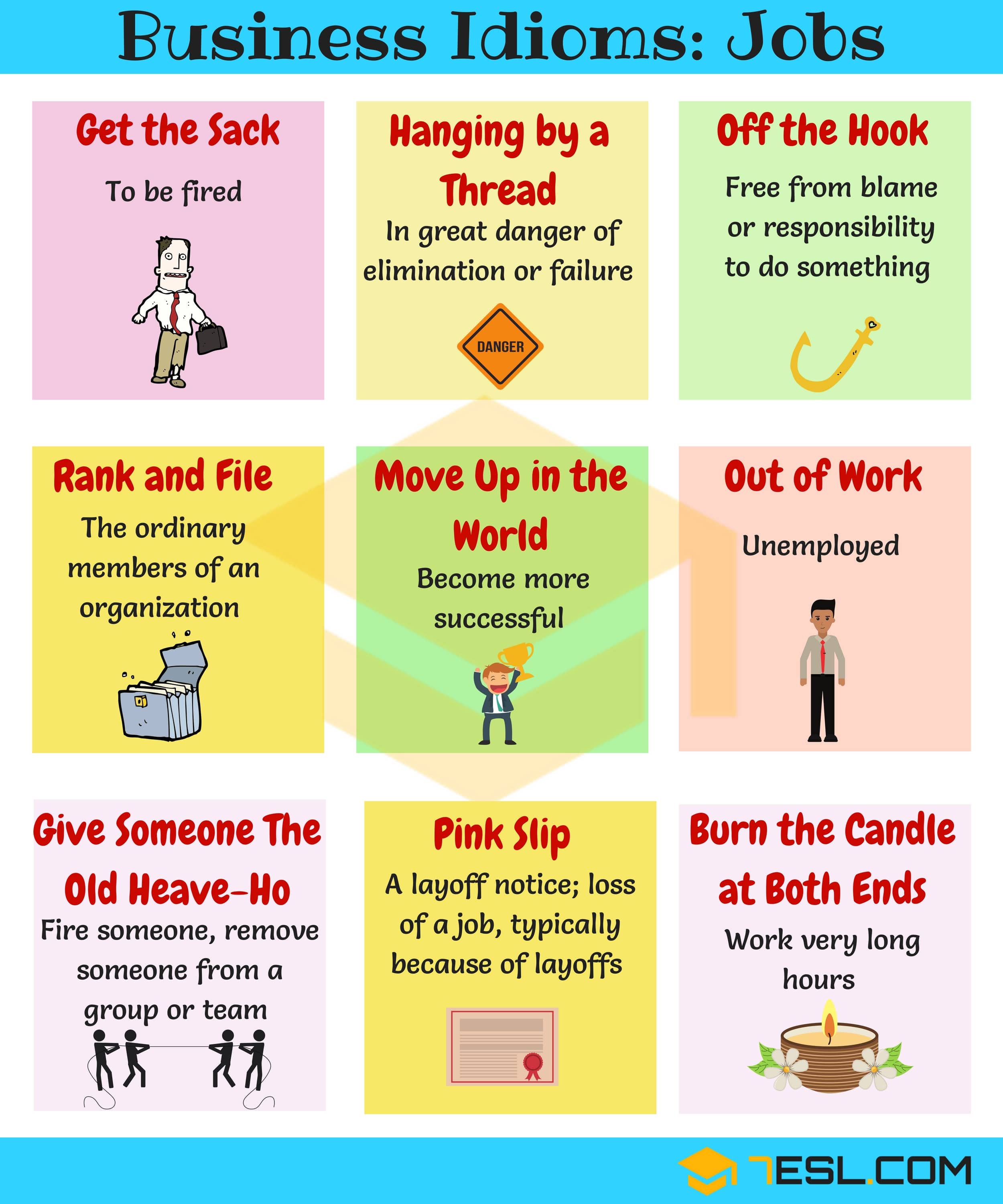