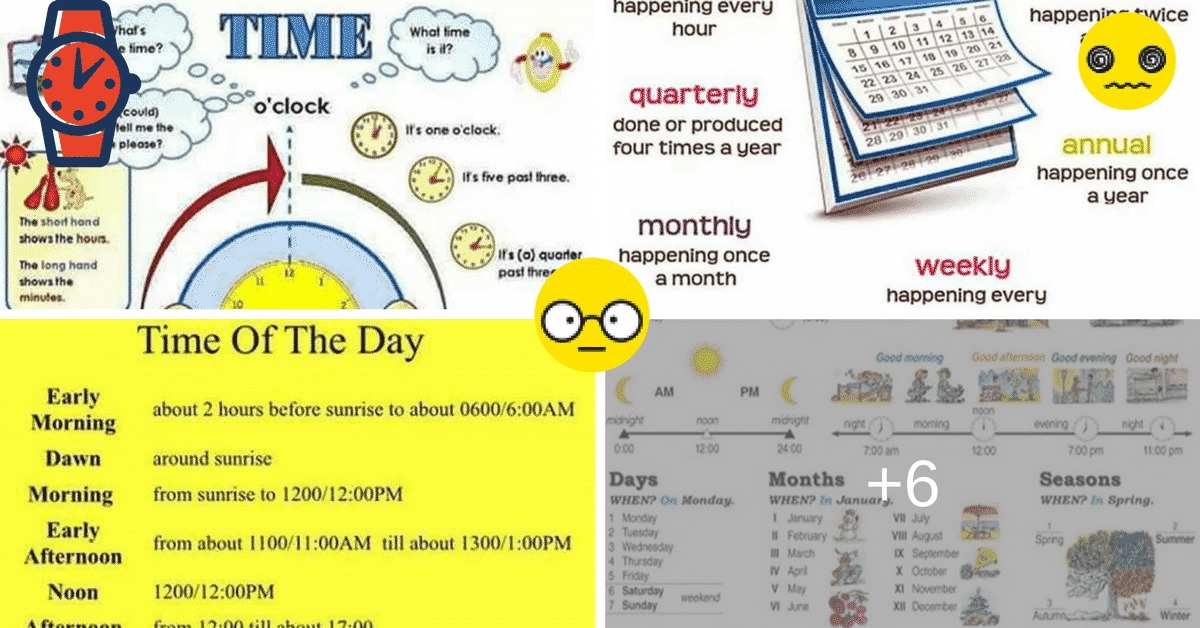 Learn how to tell the time in English. We use the time to sequence events, to compare their duration and the intervals between them, and to quantify the speed at which objects move and things change.

To measure time, we can use anything that repeats itself regularly. One example is the dawn of a new day. Two more are the phases of the moon, and the seasons of the year. Even in ancient times, people developed calendars to keep track of the number of days in a year.

How to Tell the Time in English

What Time Is It? How to Tell Time in English

To tell time in English, you can use the following phrases and expressions:

You can also use “AM” (ante meridiem) and “PM” (post meridiem) to distinguish between the morning and the afternoon/evening respectively. 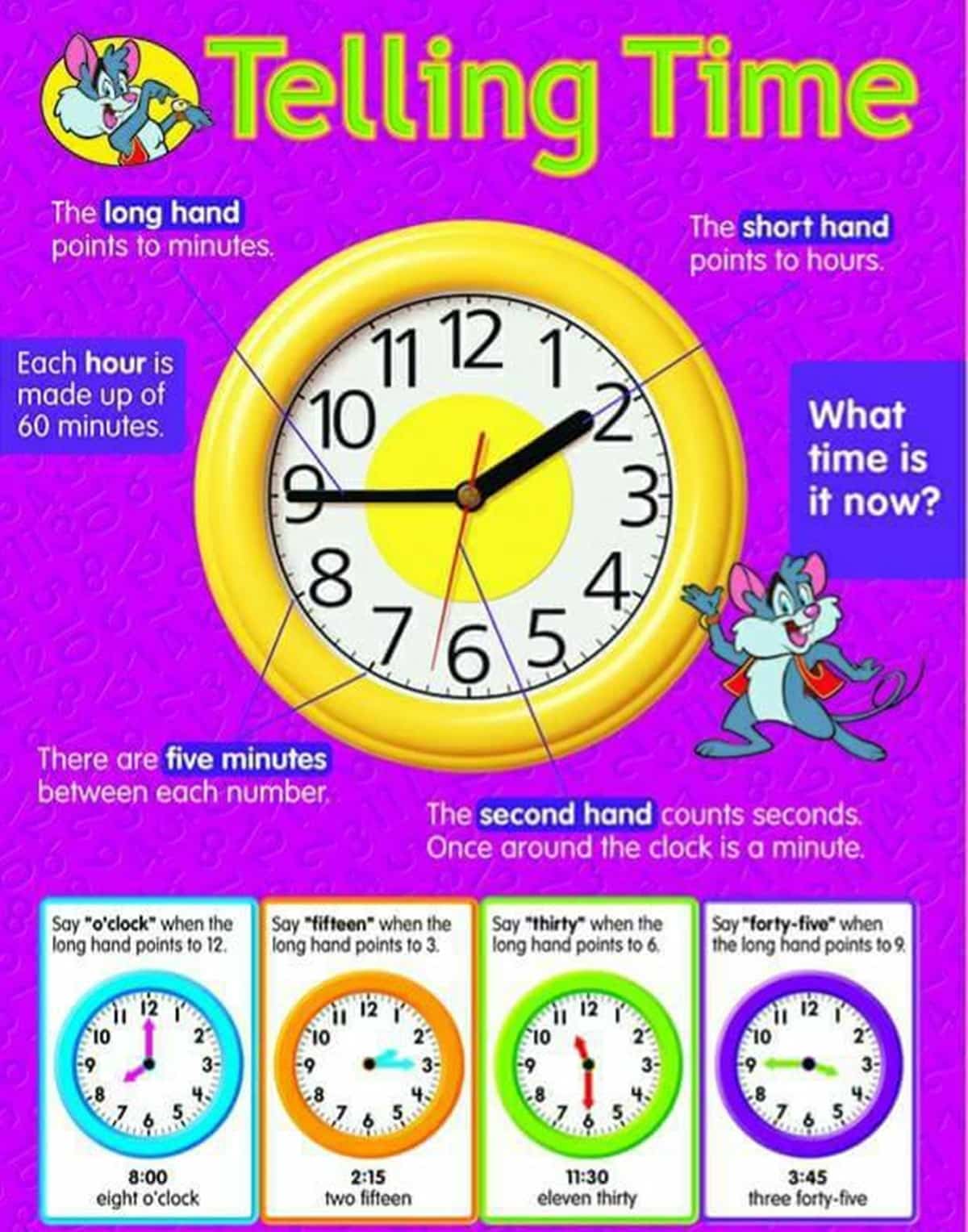 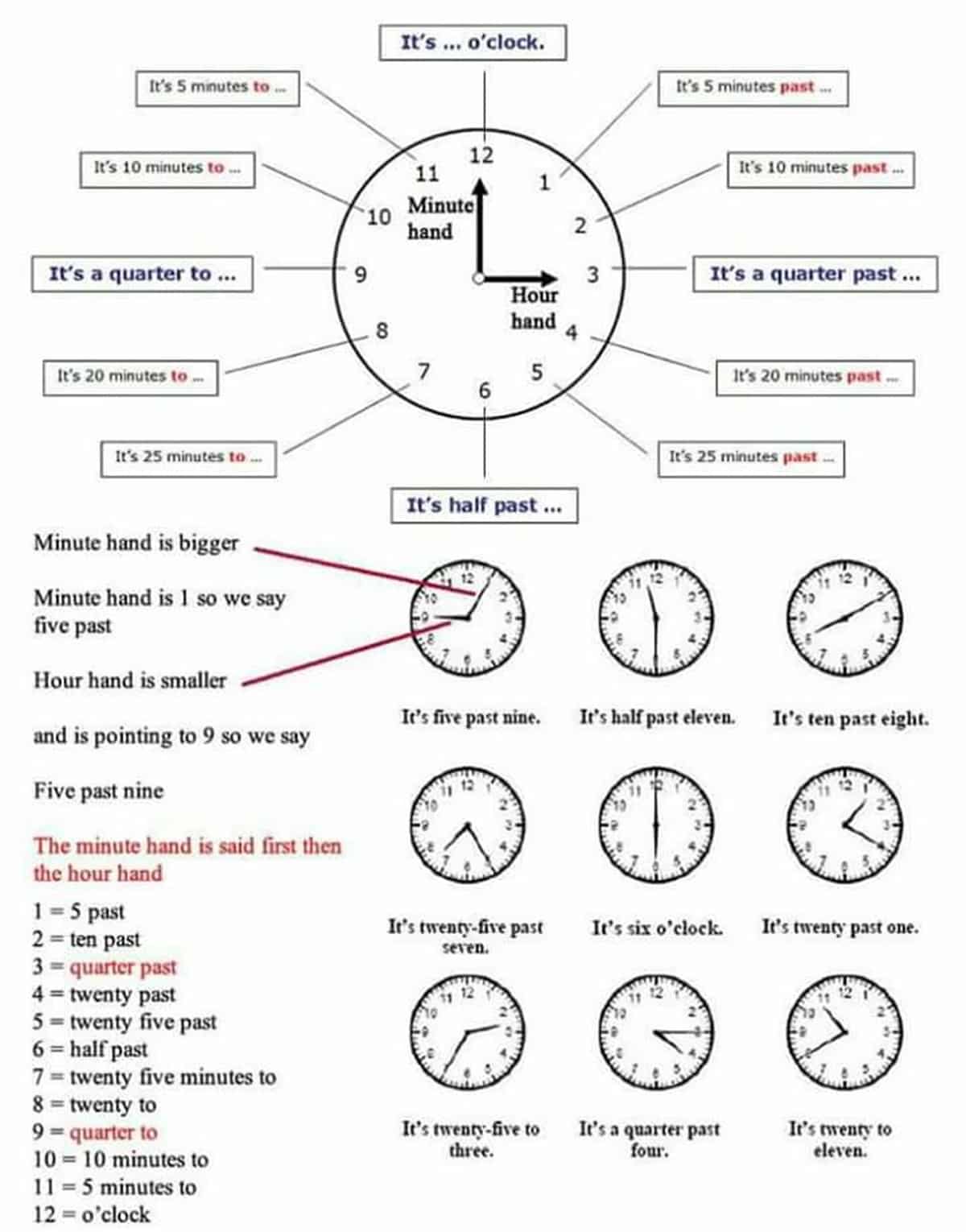 Learn to Talk About the Time of Day

To talk about the time of day, you can use expressions such as:

You can also use specific times or time ranges to indicate when something is happening or has happened, such as: 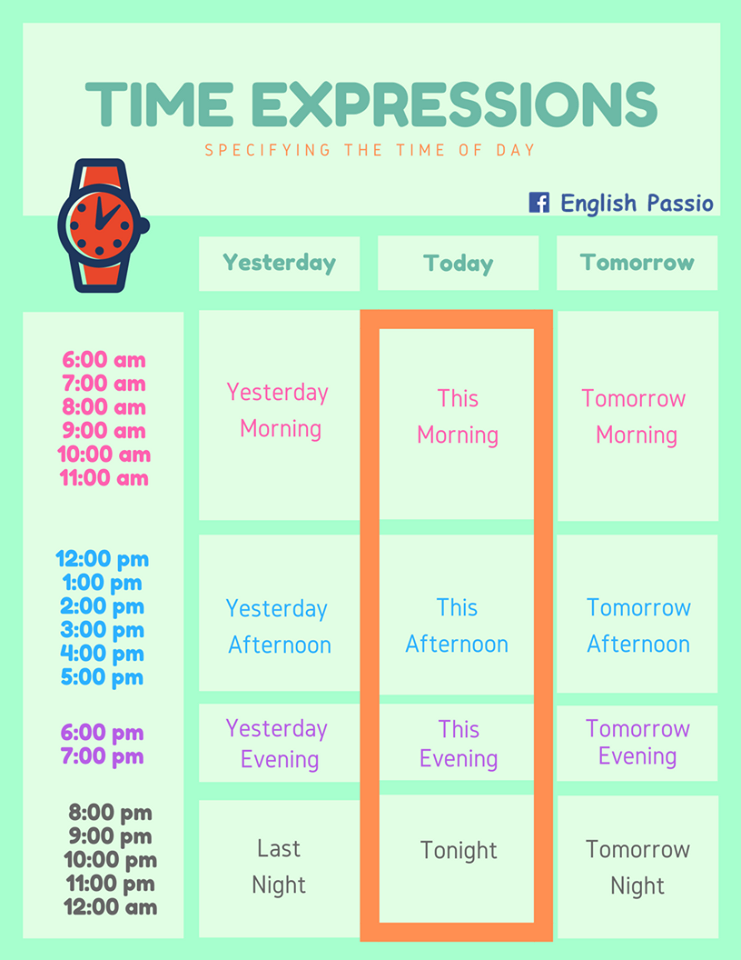 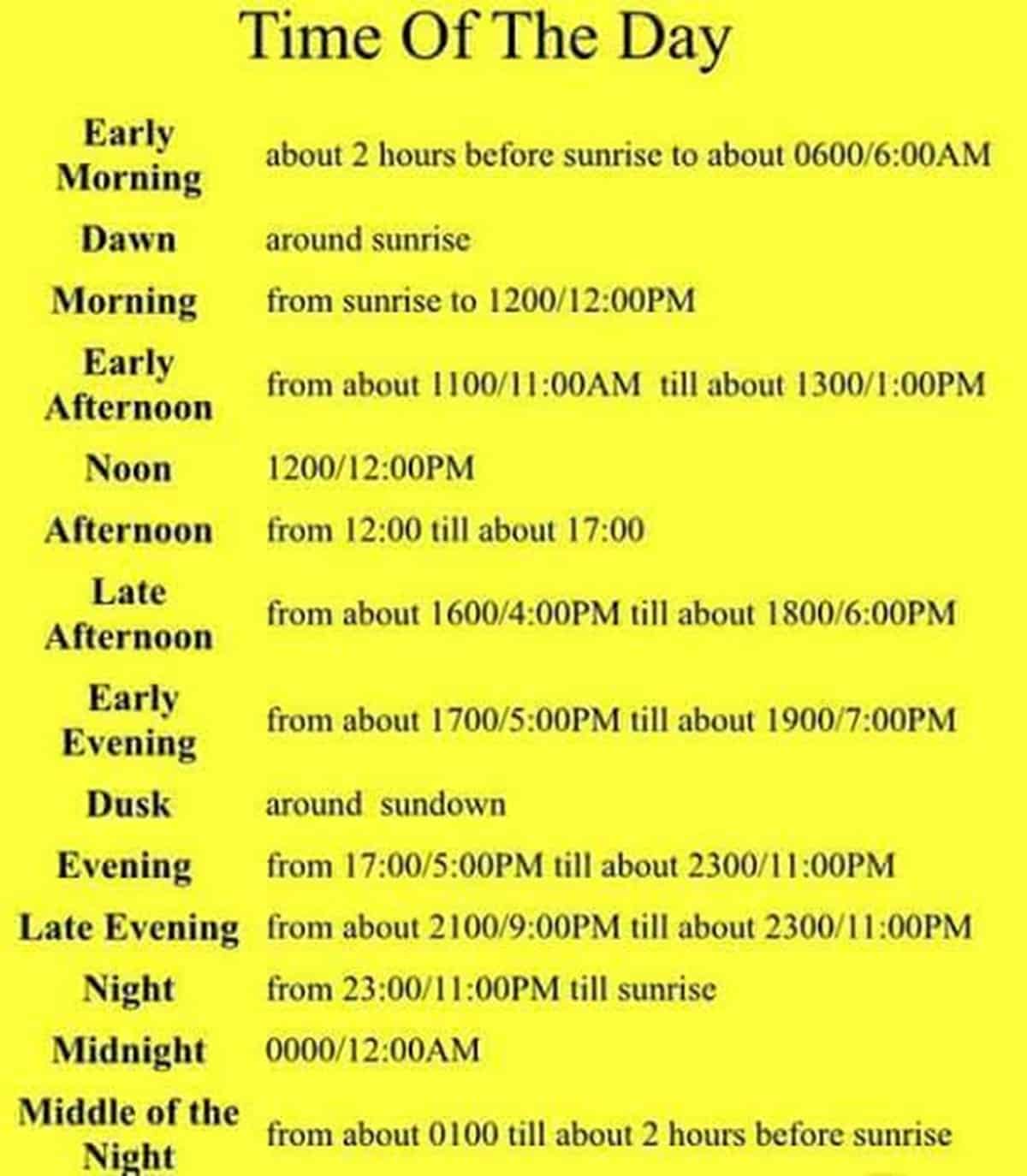 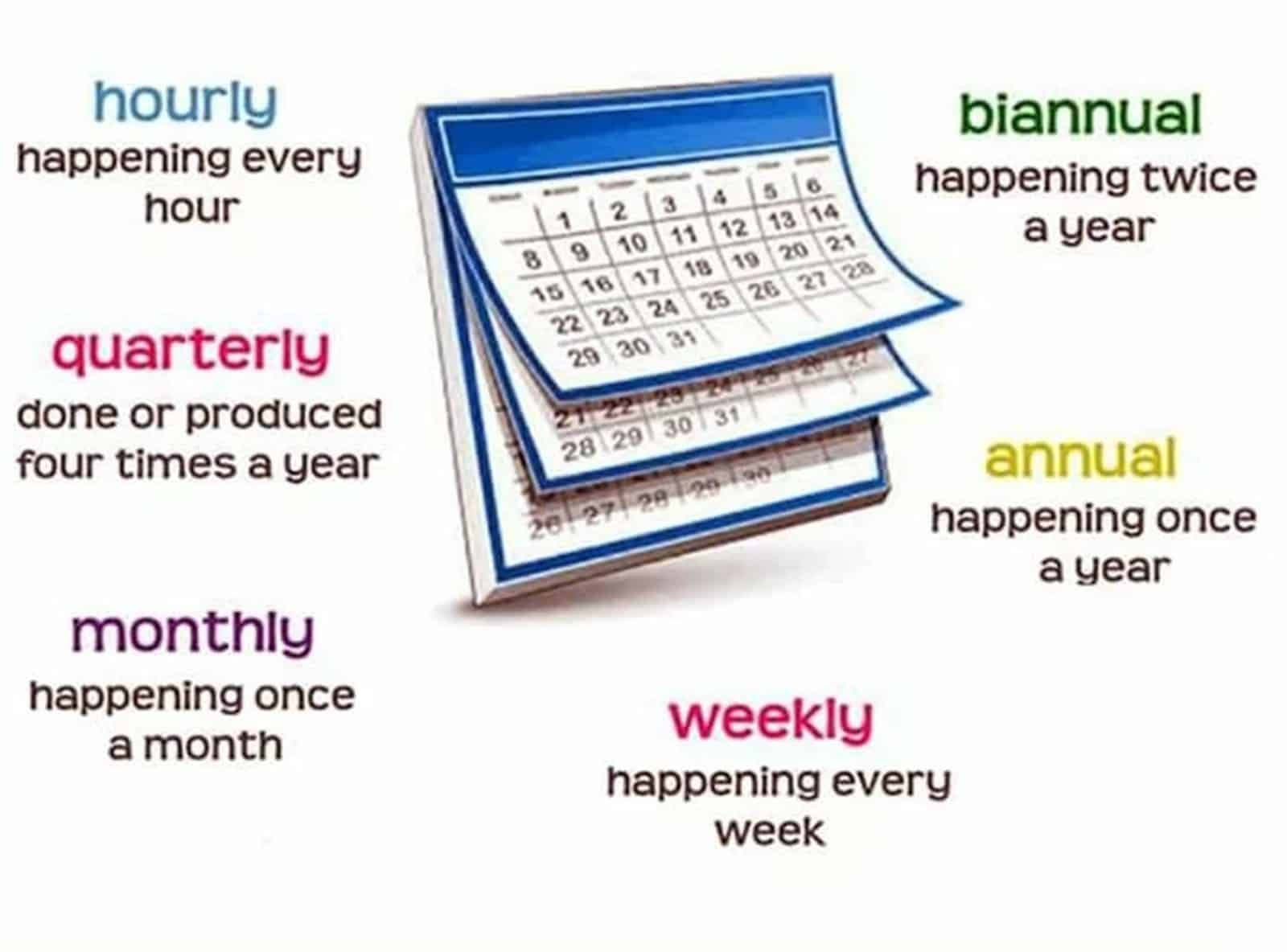 What Time is It in Your Country Now? 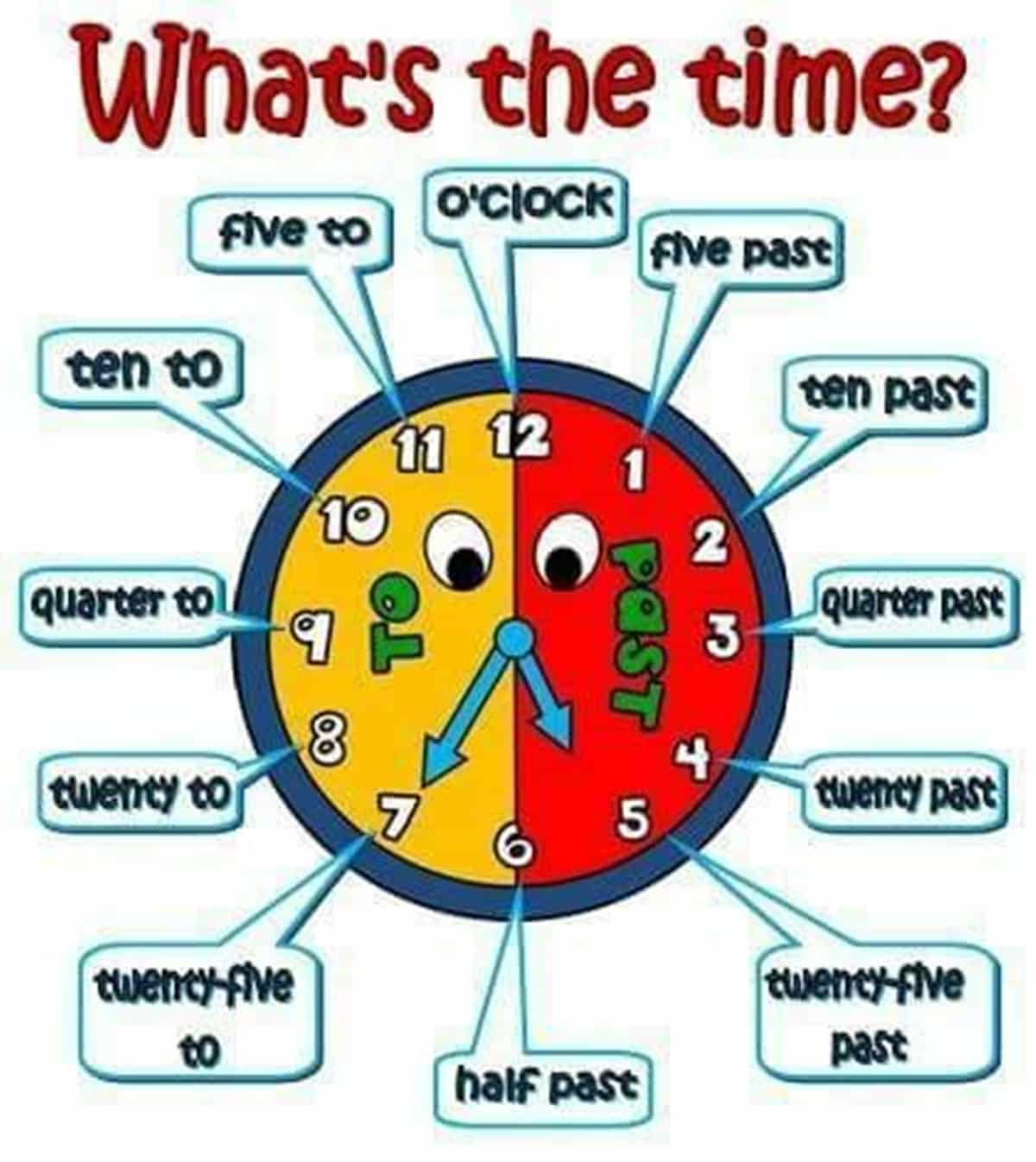 Knowing how to tell the time in English is a valuable skill that can help you in many aspects of daily life, whether you are traveling, working, or studying. Being able to ask for the time and to understand and give time-related information can help you avoid confusion and misunderstandings, and will allow you to better plan your day and schedule your activities.

Additionally, understanding how to use the different phrases and expressions for telling the time, such as “o’clock”, “past”, “to”, and “half past”, as well as the use of “AM” and “PM”, will help you to communicate more effectively with native speakers.

Thank you a lot useful informations

I like the way you represent the time. The only thing is pictures are blurred, can’t use to show the children online.

About parts of body

Well done. But some of the images is blurd.