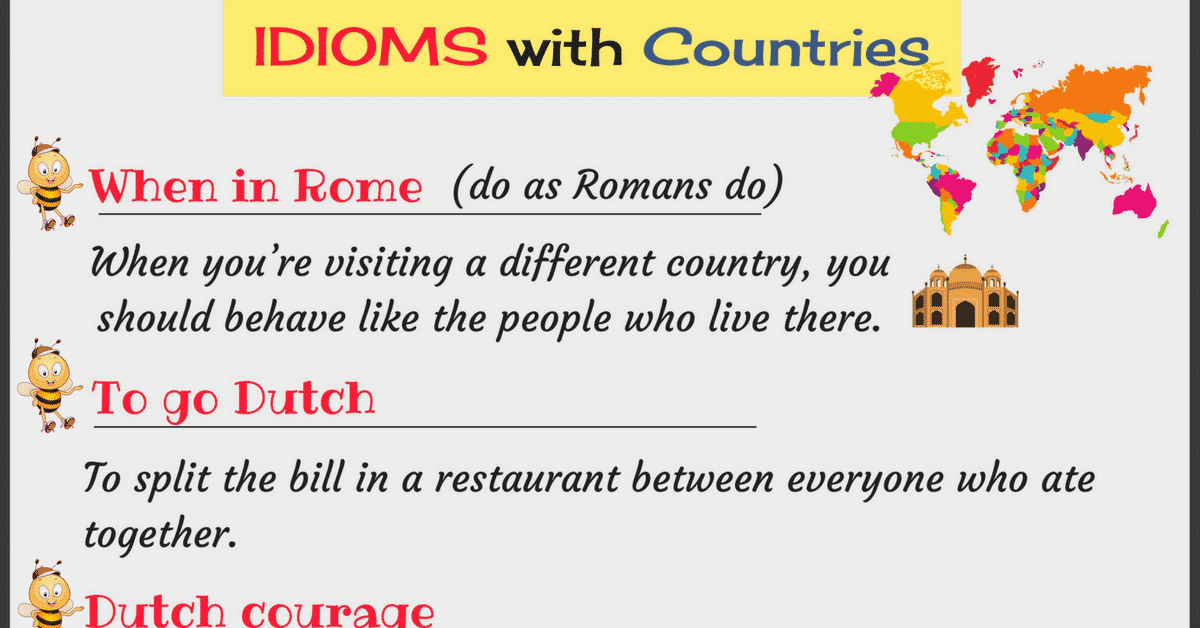 Here is the list of common idioms about Countries with their meanings and examples:

Meaning: To leave work without permission

Meaning: to split the bill in a restaurant between everyone who ate together.

Example: Sally said she wouldn’t let a man pay for her meal on a first date. She prefers to go Dutch.

Meaning: drinking a little alcohol to give you courage (bravery/confidence) before you have to do something.

Example: I think I’ll have a glass of whiskey for Dutch courage before I ask that girl if she wants to dance with me.

Meaning: this phrase is used when you don’t understand or have no knowledge on a topic.

Example: I tried to watch a TV show about physics last night, but I gave up. It was all Greek to me.

Meaning: This expression originally comes from a children’s game. It is often used as a metaphor for mistakes and inaccurate information which comes from rumours or gossip.

Example: All this talk about the President resigning is just Chinese whispers. There’s no truth to this rumour at all.

Meaning: This is expression is used when two groups can not agree on what to do next. Often used to describe a situation in business where there is gridlock.

Example: There seems to be a Mexican standoff in the talks as neither the buyer or seller can agree on a price.

Meaning: When you’re visiting a different country, you should behave like the people who live there.

Example: I don’t love cotton candy, but we are at a carnival. When in Rome, right?

Meaning: when someone can talk for hours and hours

Example: I’m so sorry I’m late. I couldn’t get away from Linda. She can talk for England!

Meaning: a period in late autumn when the weather is unusually warm

Example: Much as I love this Indian Summer,  I wish we had this warm weather in the summer rather than in October. 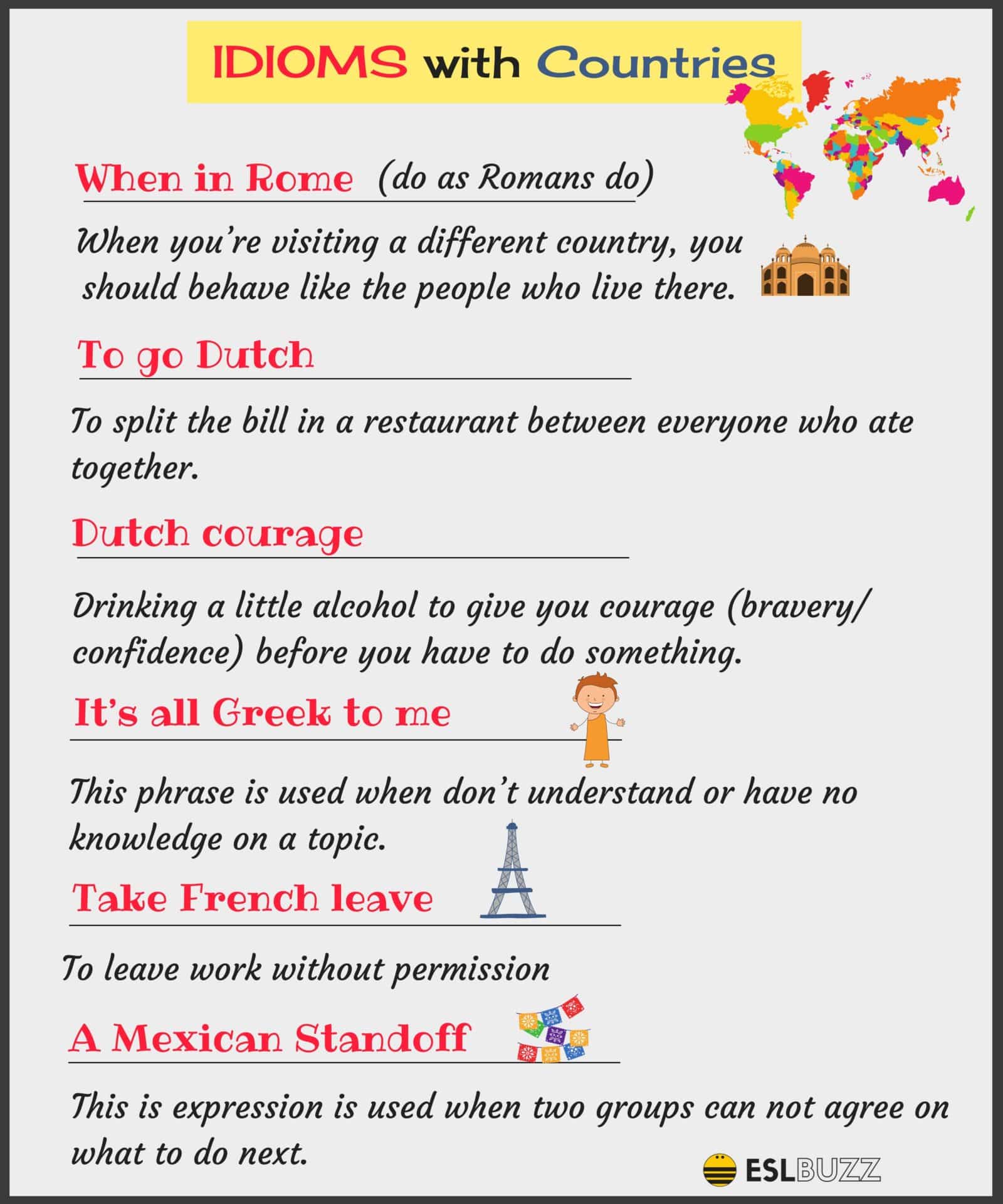 aint nobody got time for that