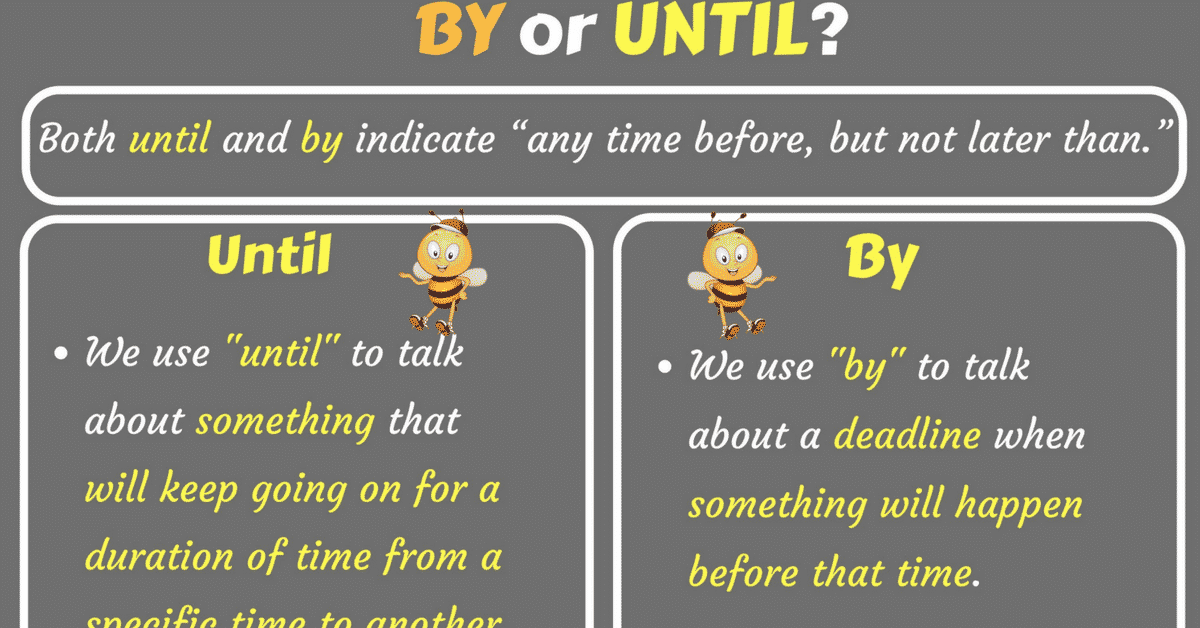 How to Use the Word BY

We use by to talk about a deadline when something will happen before that time.

(August 31 is the last day you can finish; you may finish before this date.)

(This asks if they will be ready no later than December.)

How to Use the Word UNTIL

We use until to talk about something that will keep going on for a duration of time from a specific time to another.

(Alan is with us at the moment and he is going to stay with us during the time from now to weekend.)

(They stopped living there in September.)

(I will be back on Wednesday.)

We also use until in negative sentences.

(January is the earliest you can expect to receive the details.)

Sometimes we can use both by and until in a sentence but their meanings differ from one another.

(He is already in bed and he needs to stay in bed.)

(He is not in bed but for his goodness he needs to go to bed latest at 10 o’clock.)

Difference between By and Until | Image 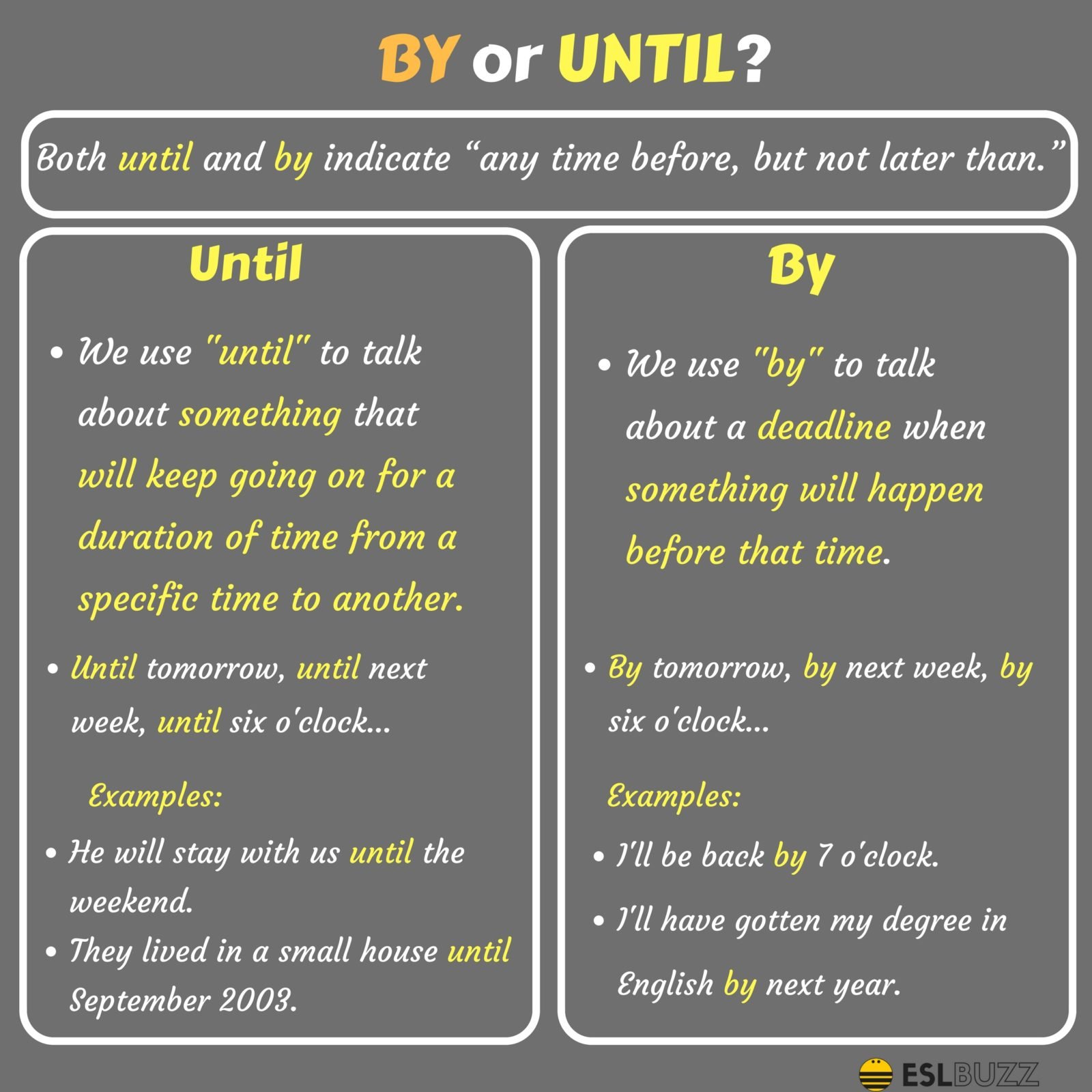 I didn’t know usage of “BY” before this…

I understand it.
Thank you sir..

It’s nice explanation.. easy to use from now

Is the sentence “by 10 o’clock yesterday night my homework was done and dusted” correct?

Thank you very much for the clear visual aids.