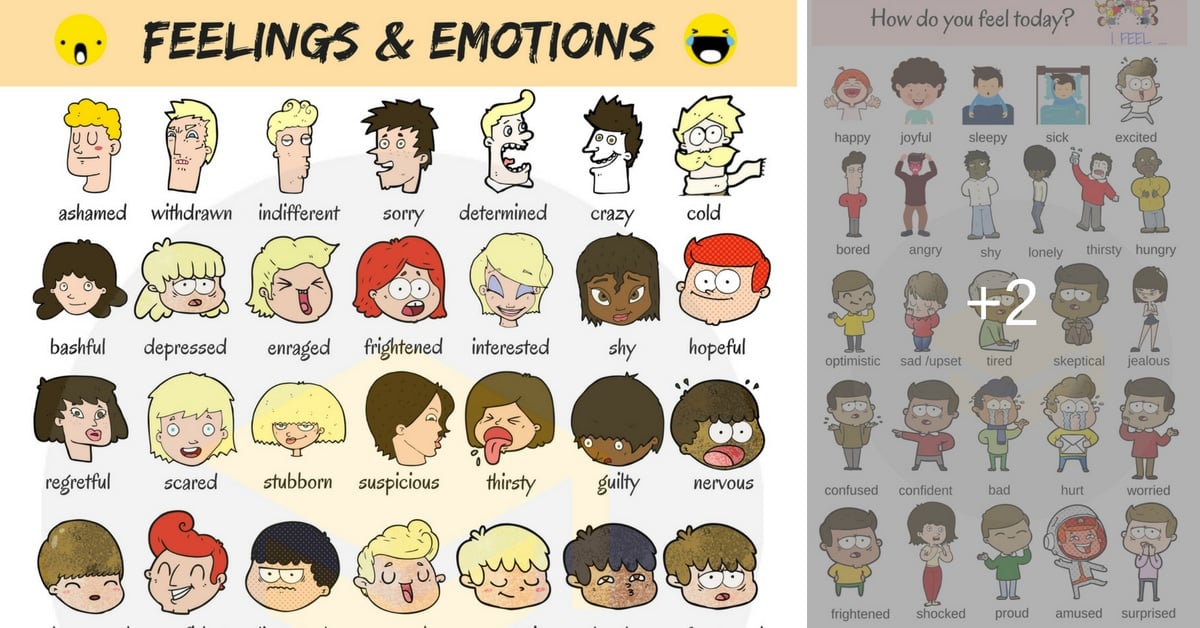 Adjectives are used to describe someone’s feelings and emotions.

Many times the same adjectives are used to express feelings and emotions.

Feelings and emotions are very similar; however, emotions tend to refer to that which is not tangible, while feelings tend to be more tangible.

It can be difficult to find the right word to describe someone’s feelings or emotions.

Here are some adjectives to help you describe feelings & emotions. 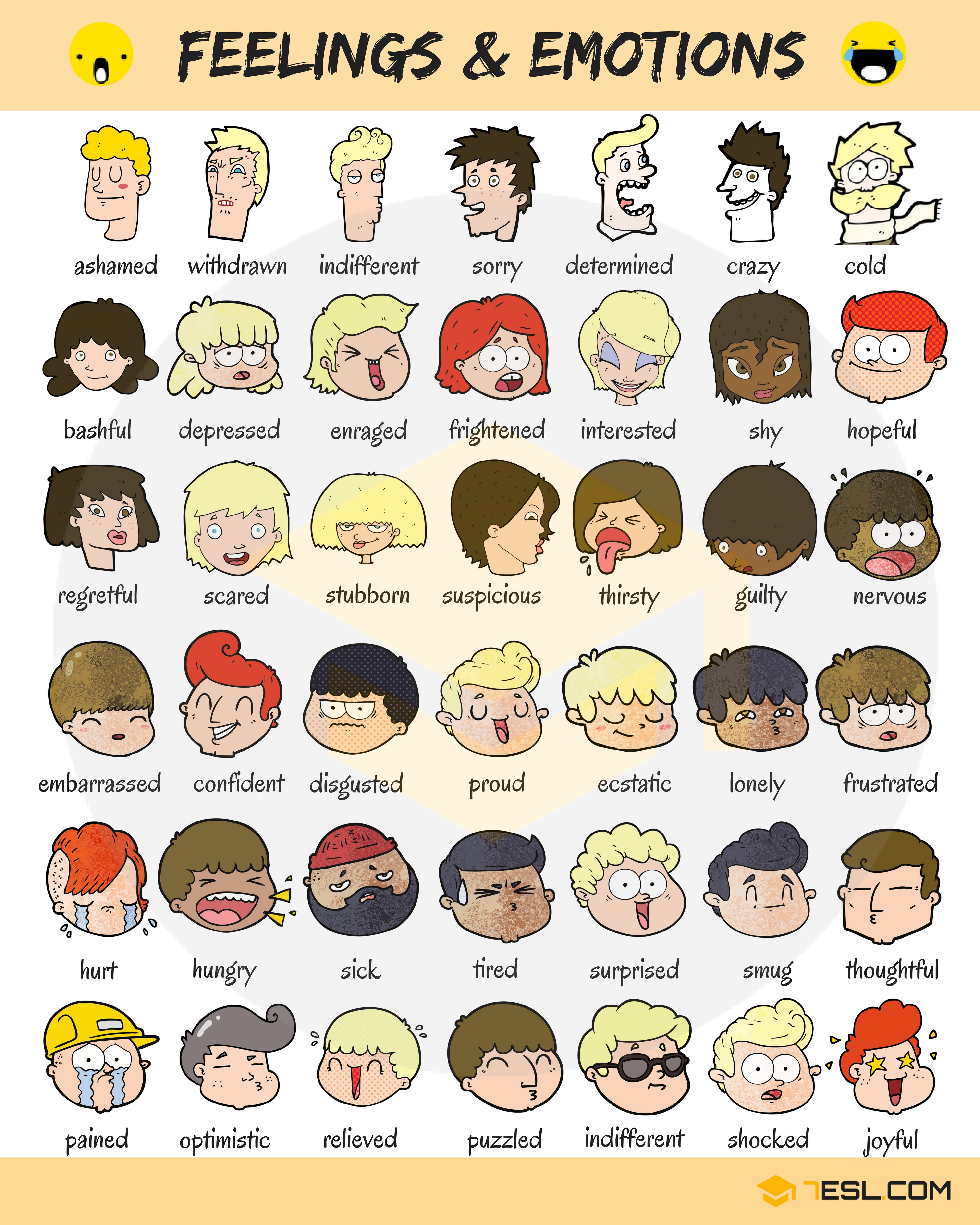 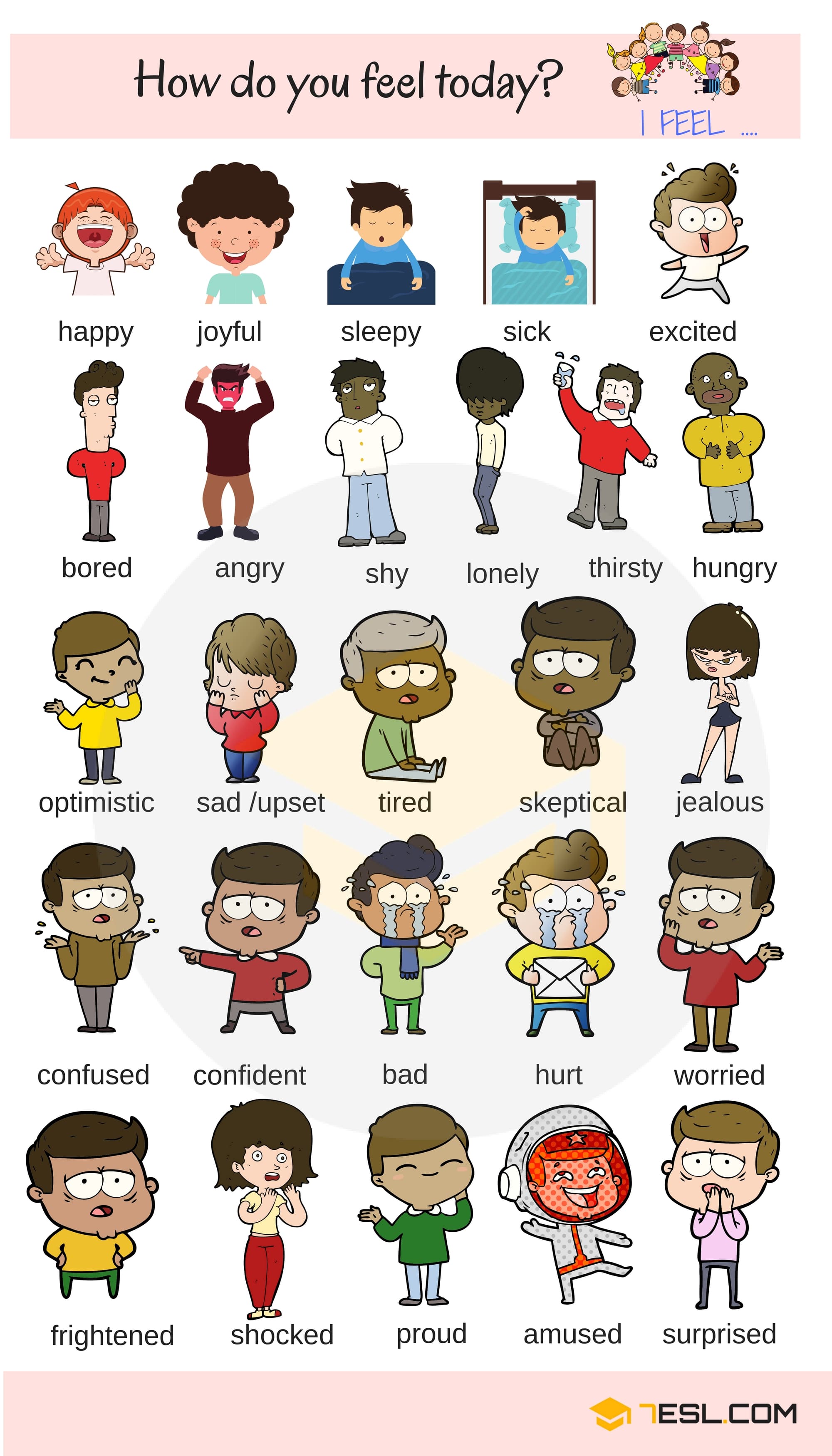 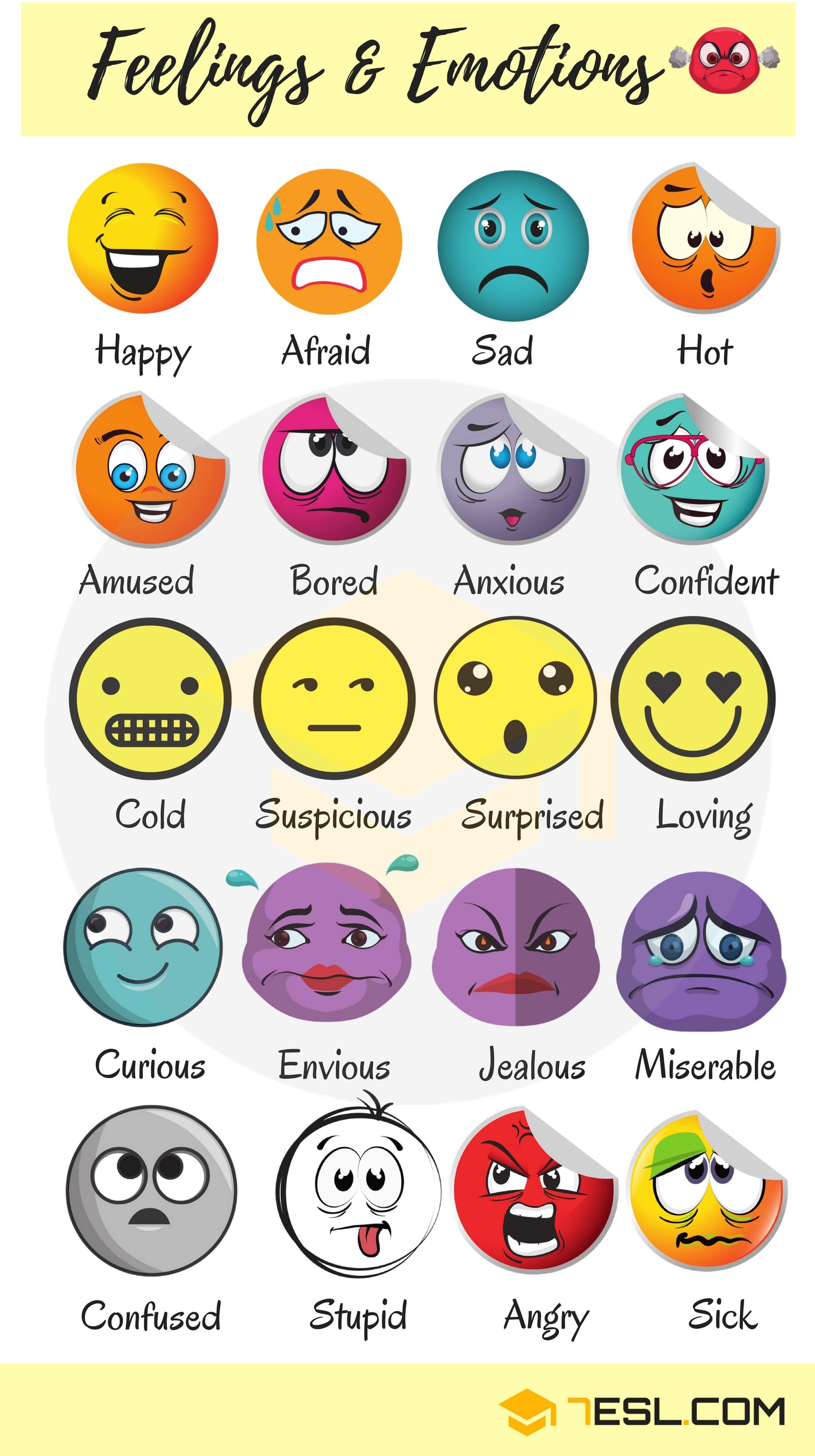 The mataererials is Realy helpful for me as English teacher

Thanks so much! This really good to learn free expression! Cool!

This is really helful. Thanks

I’ve just knowledge this page,. to me as student is great
Thank you

Very helpful and interesting it help US to improve our english

some of the adjectives above are actually adverbs in your examples ( She was feeling sad – how was she feeling?sad – it refers to the verb not to the person) . I think for children you need to use adjectives strictly as referring to nouns if you want them to grasp the concept. he is a sad little boy – here ‘sad’ is adjective because it refers to the ‘boy’.