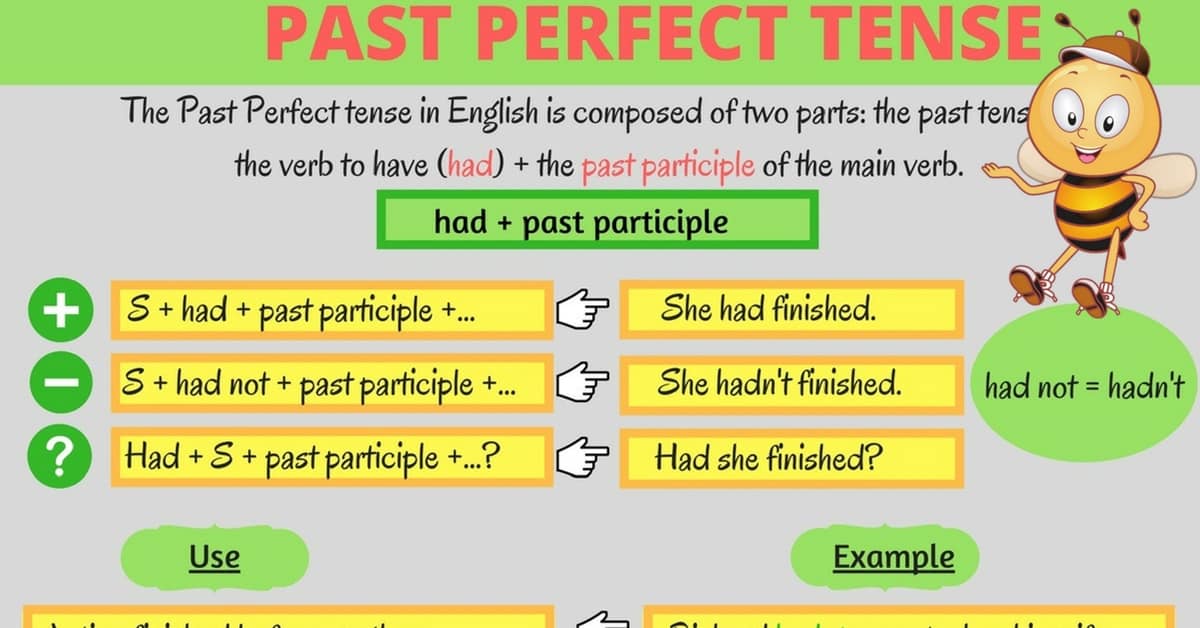 Forming the Past Perfect Tense

The Past Perfect tense in English is composed of two parts: the past tense of the verb to have (had) + the past participle of the main verb.

E.g. She had finished.

E.g. Had she finished?

When do We Use the Past Perfect Tense

E.g. Richard had gone out when his wife arrived in the office.

E.g. Christine had never been to an opera before last night.

E.g. We had owned that car for ten years before it broke down.

E.g. I got stuck in traffic because there had been an accident.

E.g. I had been to London twice by the time I got a job in New York.

Time Expressions in the Past Perfect Tense 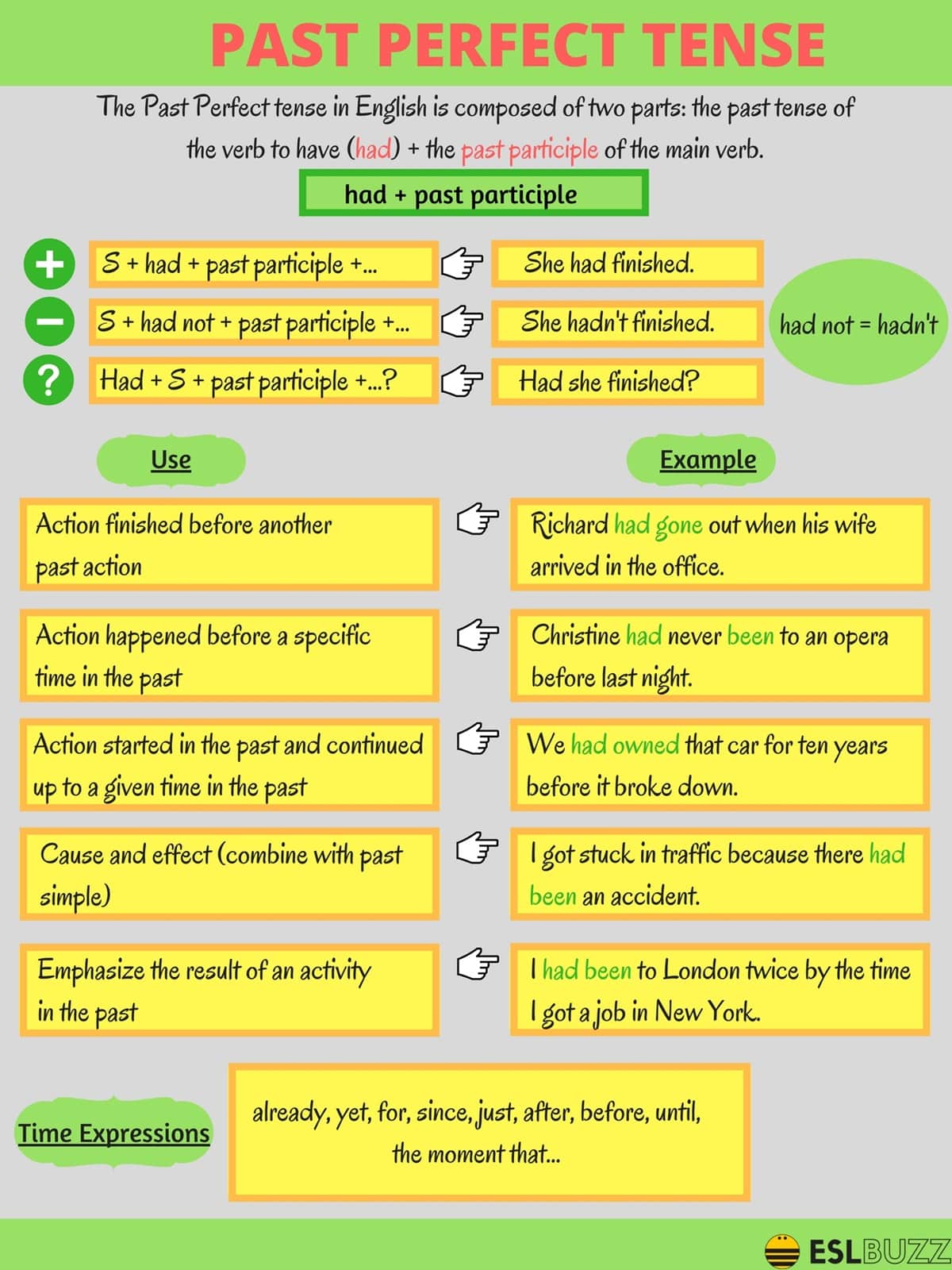