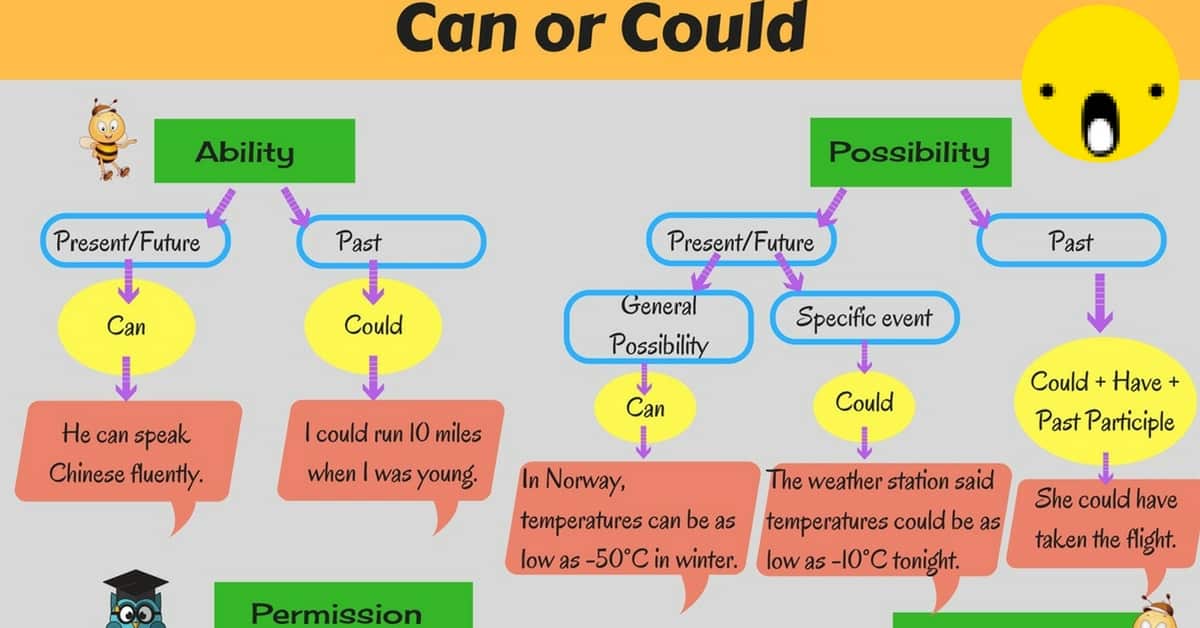 Can or could? Both can and could are modal auxiliary verbs.

In some cases, ‘could’ functions as the past tense of ‘can’, but there are some important usage differences between the two.

Differences between Can and Could

In some cases, ‘could’ functions as the past tense of ‘can’, but there are some important usage differences between the two.

The modal verb ‘can’ expresses possibility in either a dynamic, deontic or epistemic sense, that is, in terms of innate ability, permissibility, or possible circumstance.

The preterite form ‘could’ is used as the past tense or conditional form of can in the above meanings. It is also used to express possible circumstance: We could be in trouble here. It is preferable to use ‘could’ rather than ‘can’ when expressing possible circumstance in a particular situation (as opposed to the general case, as in the “rivalry” example above, where ‘can’ is used).

Both ‘can’ and ‘could’ can be used to make requests:

It is common to use ‘can‘ with verbs of perception such as see, hear, etc., as in I can see a tree. Aspectual distinctions can be made, such as I could see it (ongoing state) vs. I saw it (event).

The use of ‘could‘  with the perfect infinitive expresses past ability or possibility, either in some  counterfactual circumstance (I could have told him if I had seen him), or in some real circumstance where the act in question was not in fact realized: I could have told him yesterday (but in fact I didn’t). The use of ‘can‘ with the perfect infinitive, ‘can have’…, is a rarer alternative to may have…

The negation of ‘can‘ is the single word ‘cannot’, only occasionally written separately as ‘can not’.

Though ‘cannot’ is preferred (as ‘can not’  is potentially ambiguous), its irregularity (all other uncontracted verbal negations use at least two words) sometimes causes those unfamiliar with the nuances of English spelling to use the separated form. Its contracted form is ‘can’t’ (pronounced /kɑːnt/ in RP and some other dialects). The negation of ‘could’ is the regular ‘could not’, contracted to ‘couldn’t’.

The negative forms reverse the meaning of the modal (to express inability, impermissibility or impossibliity). This differs from the case with ‘may’ or ‘might’ used to express possibility:  it can’t be true has a different meaning than  it may not be true. Thus ‘can’t’  (or ‘cannot’) is often used to express disbelief in the possibility of something, as must expresses belief in the certainty of something. When the circumstance in question refers to the past, the form with the perfect infinitive is used:

Occasionally  ‘not’  is applied to the infinitive rather than to the modal (stress would then be applied to make the meaning clear):

Differences between Can and Could | Image 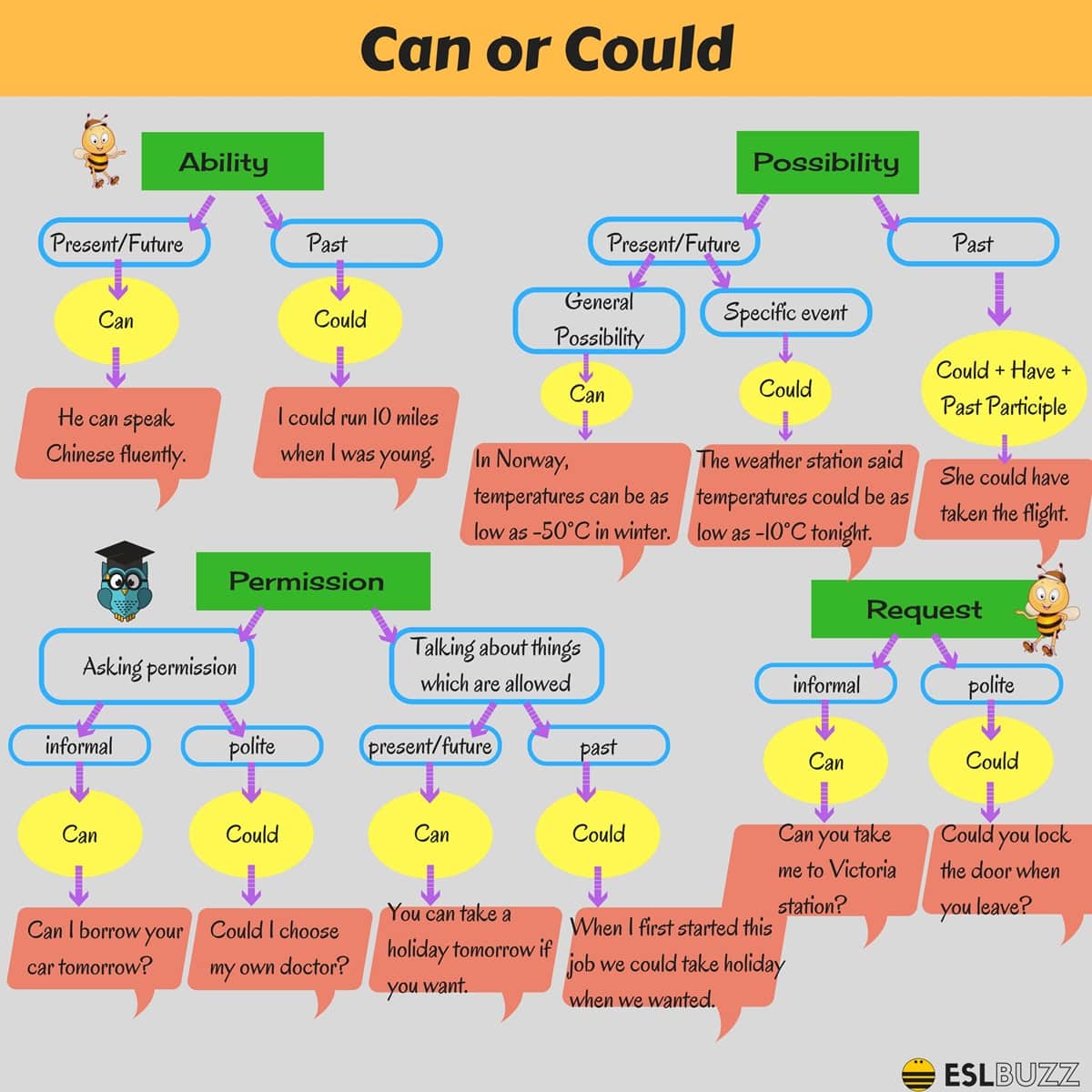 it is a very a good lesson!