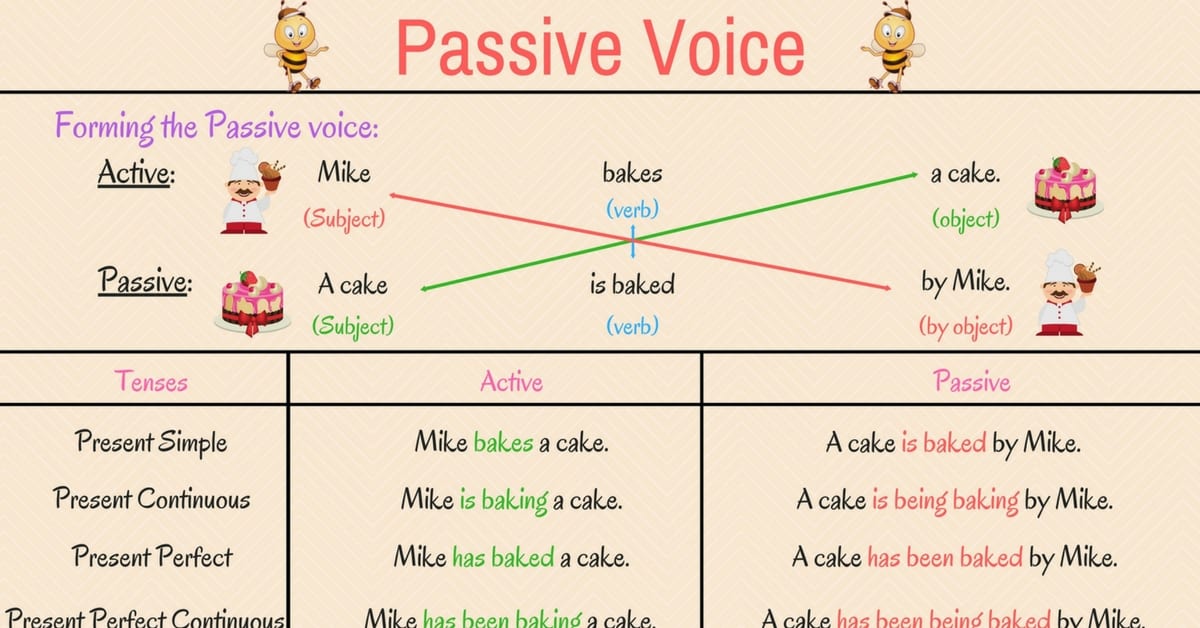 Learn how and when to use Passive Voice in English with examples.

Passive voice is a grammatical voice common in many languages. In a clause with passive, the grammatical subject expresses the theme or patient of the main verb.

– The exercises must be done by Jose.

– The letter will be written tonight.

– “A Hard Day’s Night” was written by the Beatles.

– The hall was being decorated when I arrived.

– The building had been restored.

– The old library is going to be knocked down.

– The keys have been read by my son.

Sometimes we use the passive voice because we don’t know or do not want to express who performed the action.

– It will be made tomorrow.

– A song has been recorded by Lisa.

– A cake is being baked by Mike.

– News reports are written by reporters.

– A book can be written by her.

The passive voice in English is composed of two elements: “to be” + past participle

Active: He was writing a letter.

+ A letter was being written by him.

– A letter wasn’t being written by him.

? Was a letter being written by him? 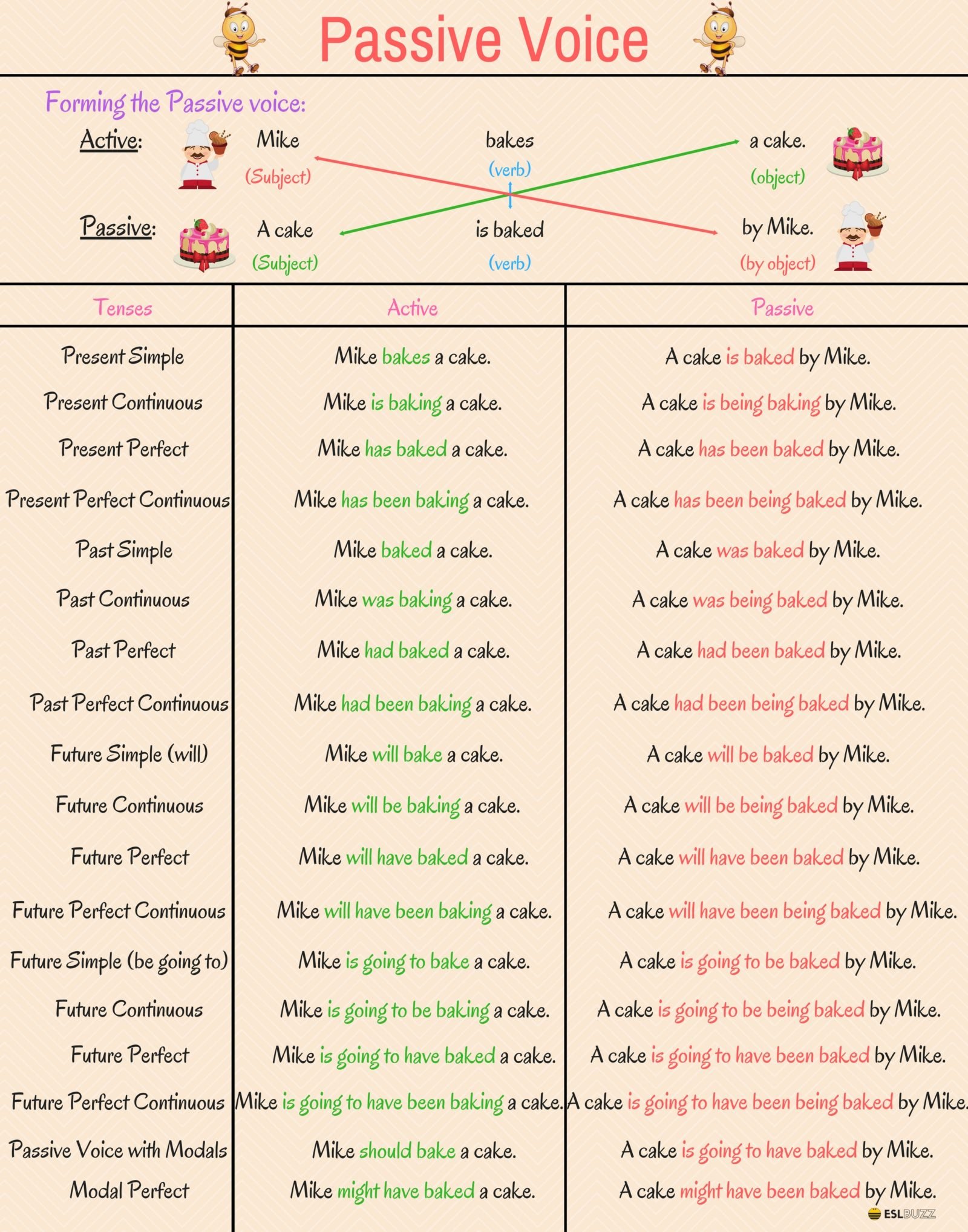 A cake is being baked (PP) by Mike