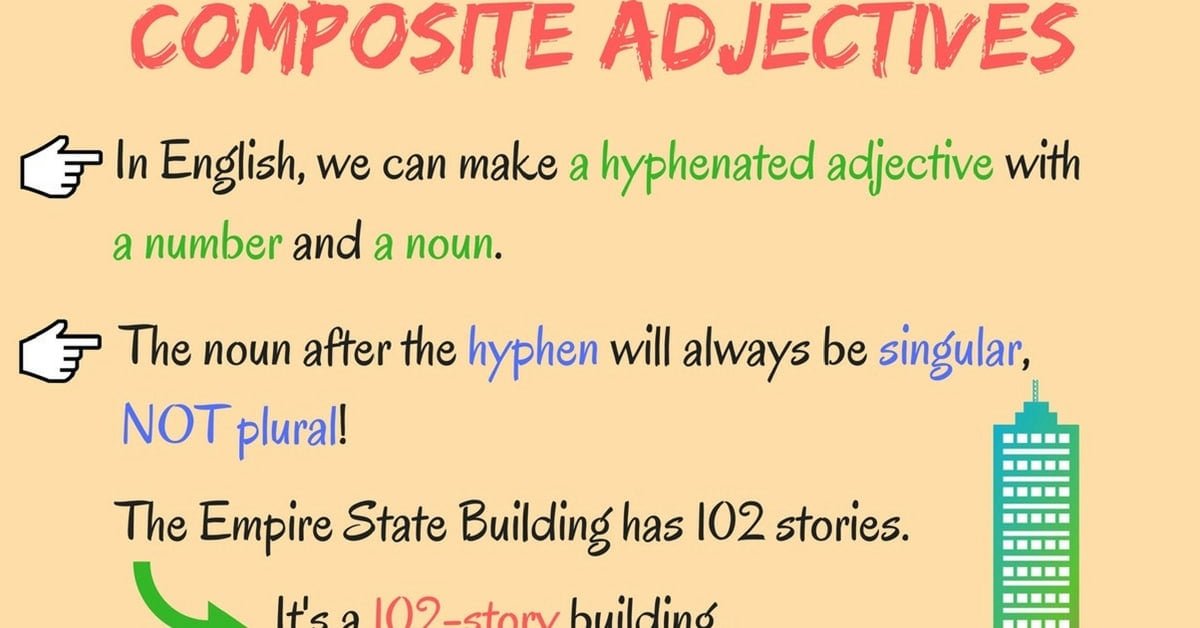 What Is a Compound Adjective? Composite adjectives/ Compound adjectives with numbers.

The noun after the hyphen will always be singular, NOT plural!

The Empire State Building has 102 stories.

There are nine men on the team.

Two cars fit in my garage.

My daughter is three years old.

The building is thirty years old. 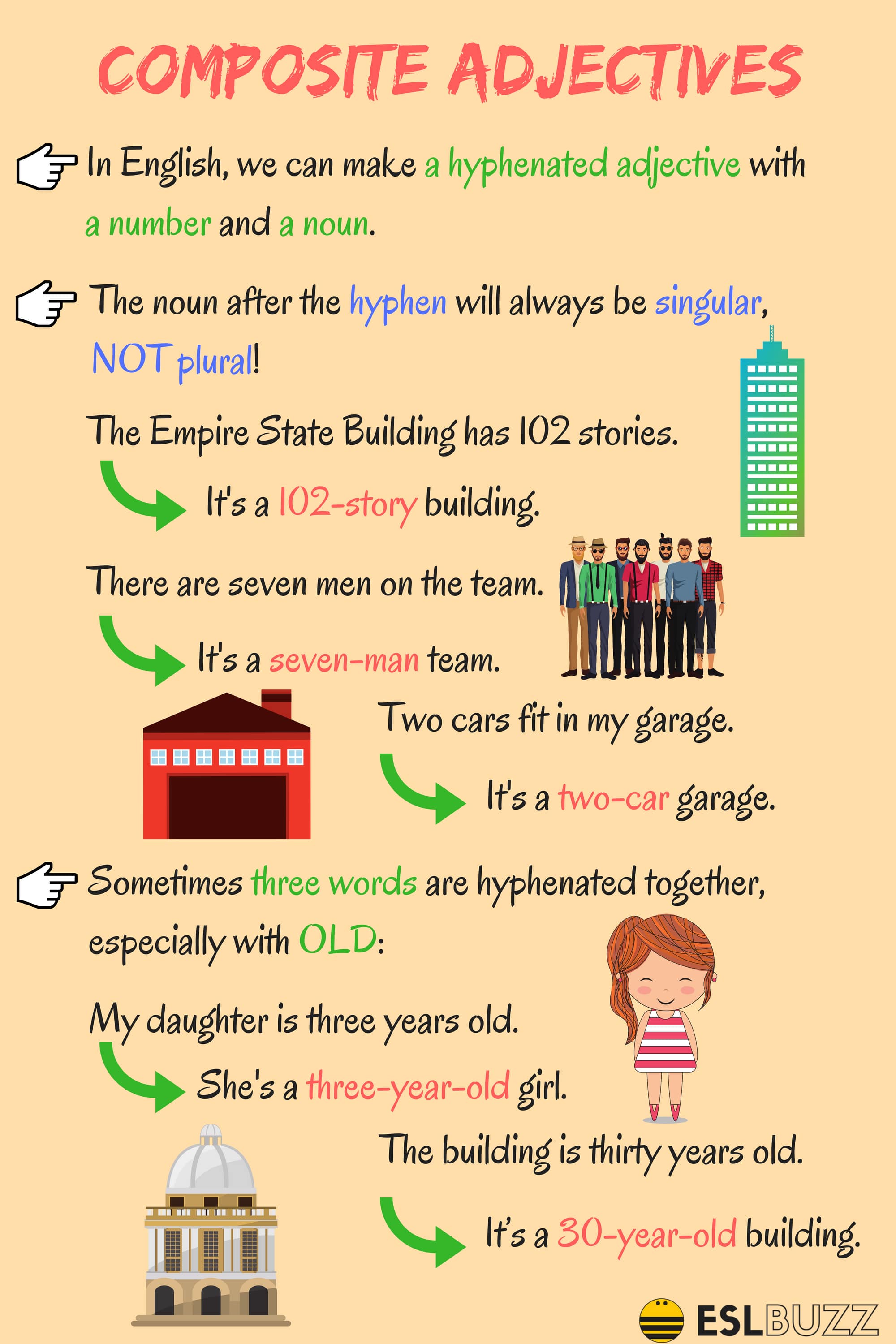