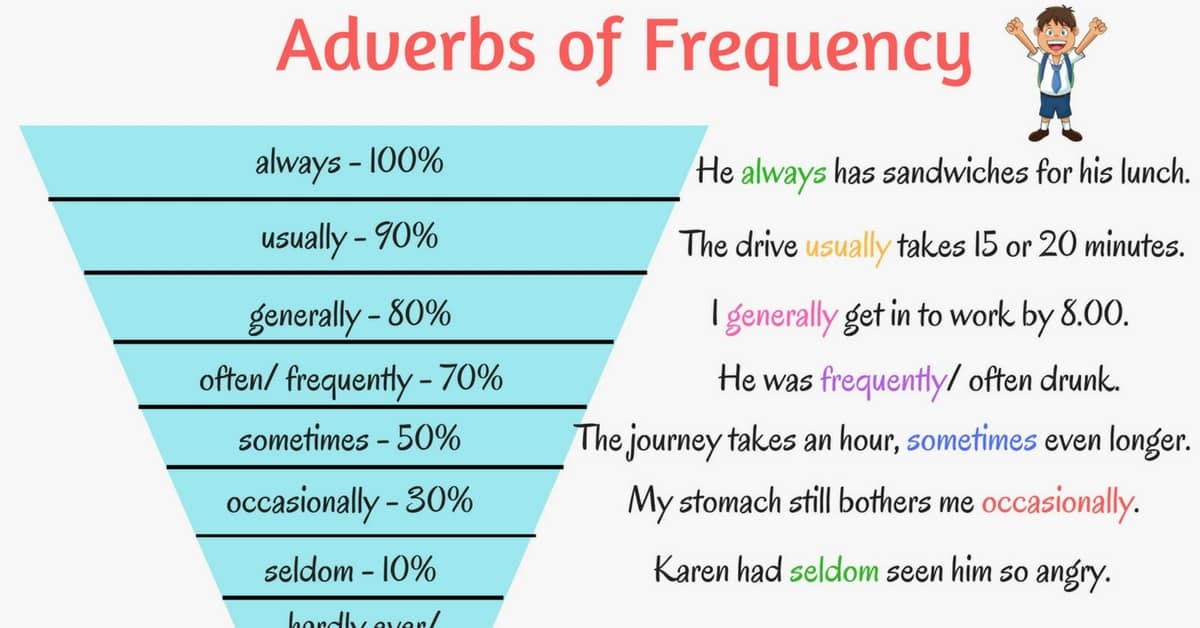 Adverbs of frequency show you how often something happens. This can be always = 100%, or never = 0%.

Adverbs of Frequency in English

He always has sandwiches for his lunch.

The drive usually takes 15 or 20 minutes.

He was frequently drunk.

If you wash your hair too often, it can get too dry.

The journey takes an hour, sometimes even longer.

My stomach still bothers me occasionally.

Karen had seldom seen him so angry.

We hardly ever go out.

He’s never been to Australia.

Positions of Adverbs of Frequency

– At the beginning of the sentence: occasionally, often, sometimes, usually

– At the end of the sentence: frequently, occasionally, sometimes

– Between the subject and the main verb: always, often, usually, seldom, rarely, never

– Immediately after the verb “to be”: always, often, usually, seldom, rarely, never 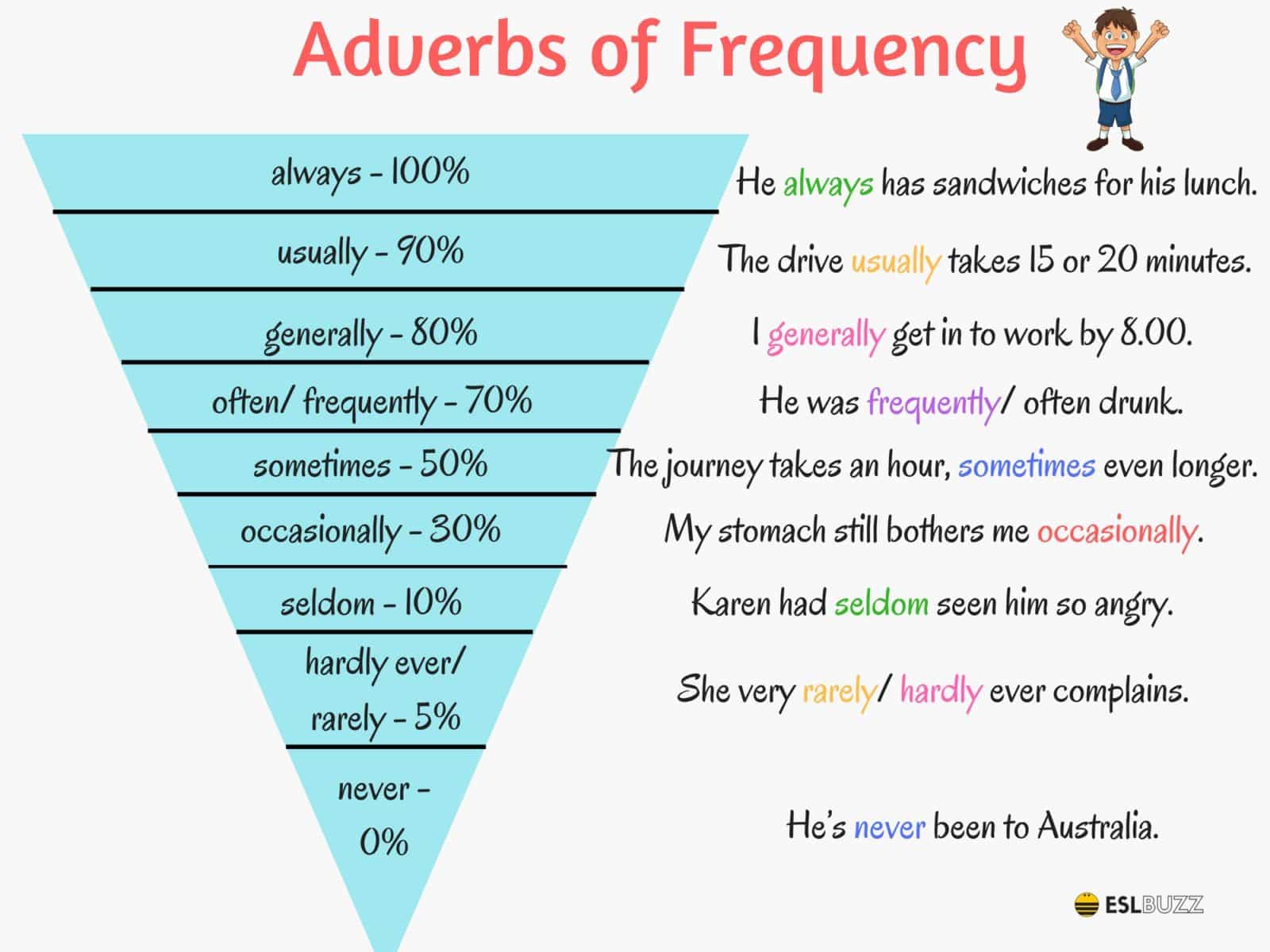 Very important and i apreciate it so all my acknowledgement