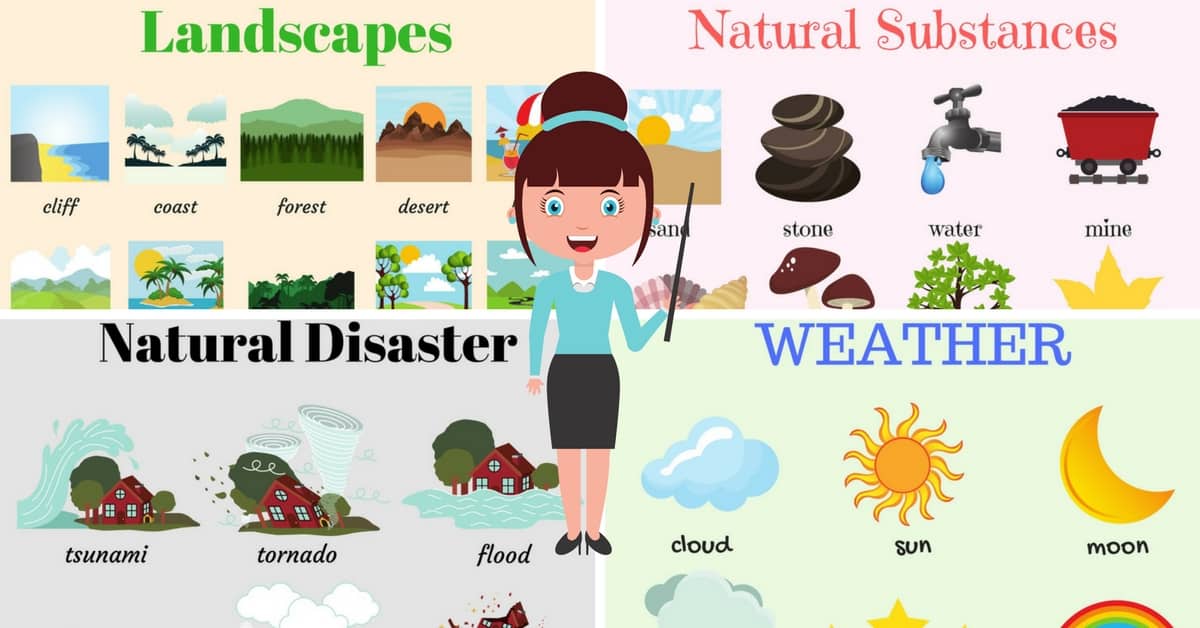 Nature, in the broadest sense, is the natural, physical, or material world or universe …

“Nature” can refer to the phenomena of the physical world, and also to life in general. The study of nature is a large part of science. Although humans are part of nature, human activity is often understood as a separate category from other natural phenomena.

A large area of rock or a mountain with a very steep side, often at the edge of the sea or a river

The area where the land meets the sea

A large area of land that is covered with trees

A large area of land where it is always very dry, there are few plants, and there is a lot of sand or rocks

An area of land that is higher than the land around it, like a mountain but smaller

A piece of land completely surrounded by water

An area of lower land between two lines of hills or mountains, usually with a river flowing through it

a structure built over a river, road, …

A field with wild grass and flowers

A large open area with grass and trees, especially in a town, where people can walk, play games, …

A mountain with a large hole at the top, through which lava is sometimes forced out 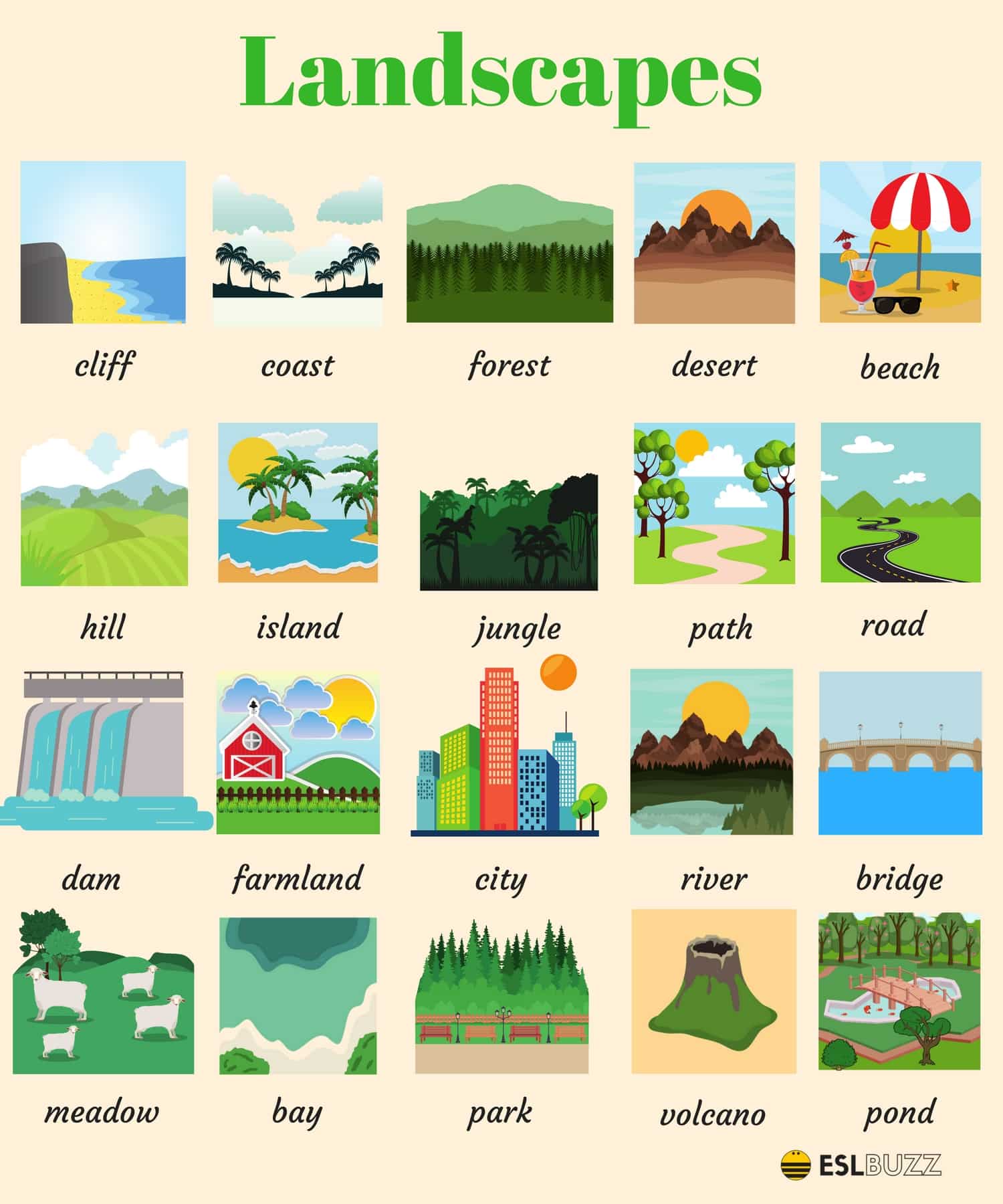 A substance consisting of very small pieces of rocks and minerals, that forms beaches and

the clear liquid without colour, smell, or taste that falls as rain and that is used for drinking, washing, …

a deep hole or holes in the ground that people dig so that they can remove coal, gold, tin, …

The empty shell of a small sea creature

One of several kinds of fungus with stems and round tops, some of which can be eaten

A very tall plant that has branches and leaves, and lives for many years 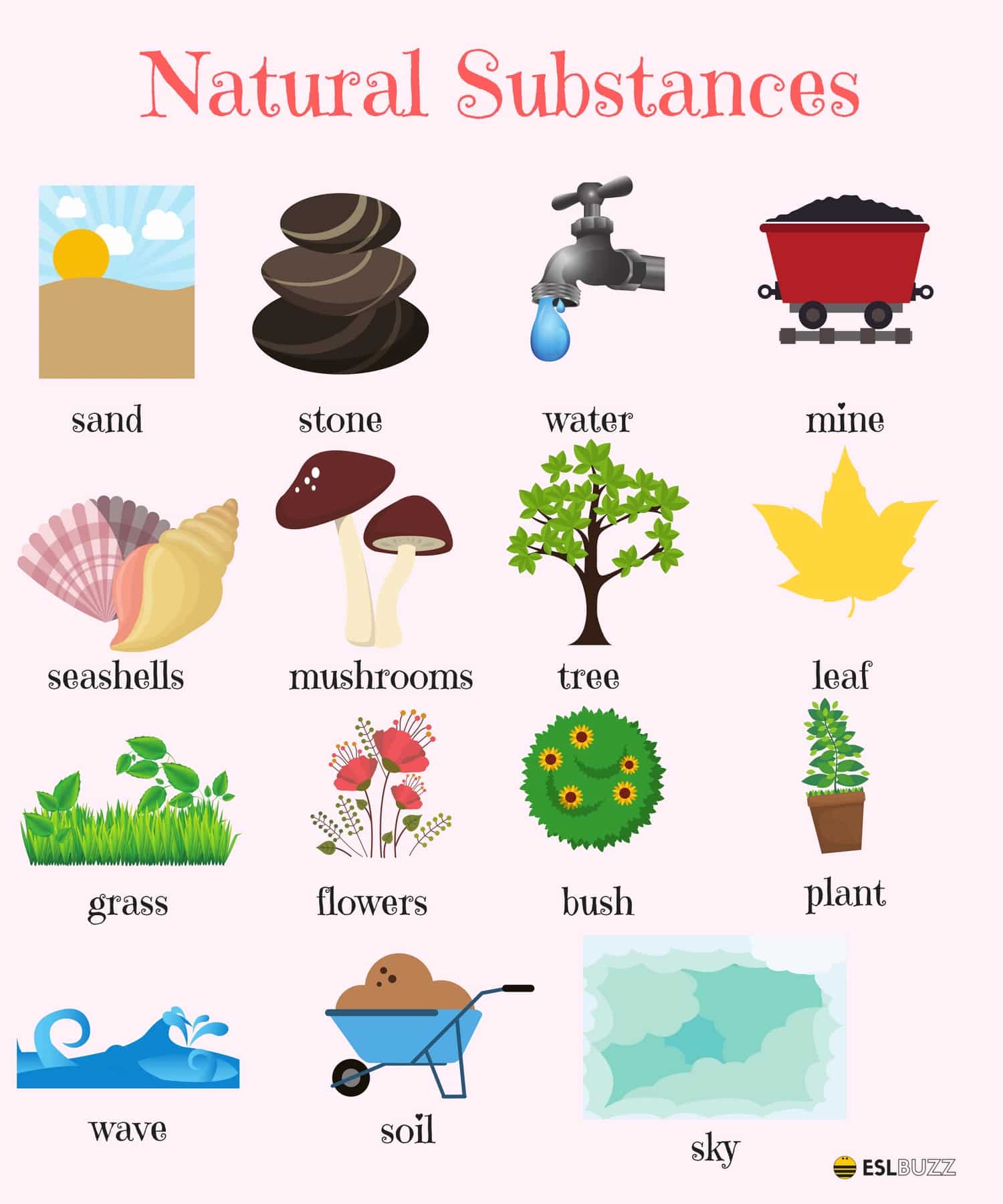 Water that falls in small drops from clouds in the sky 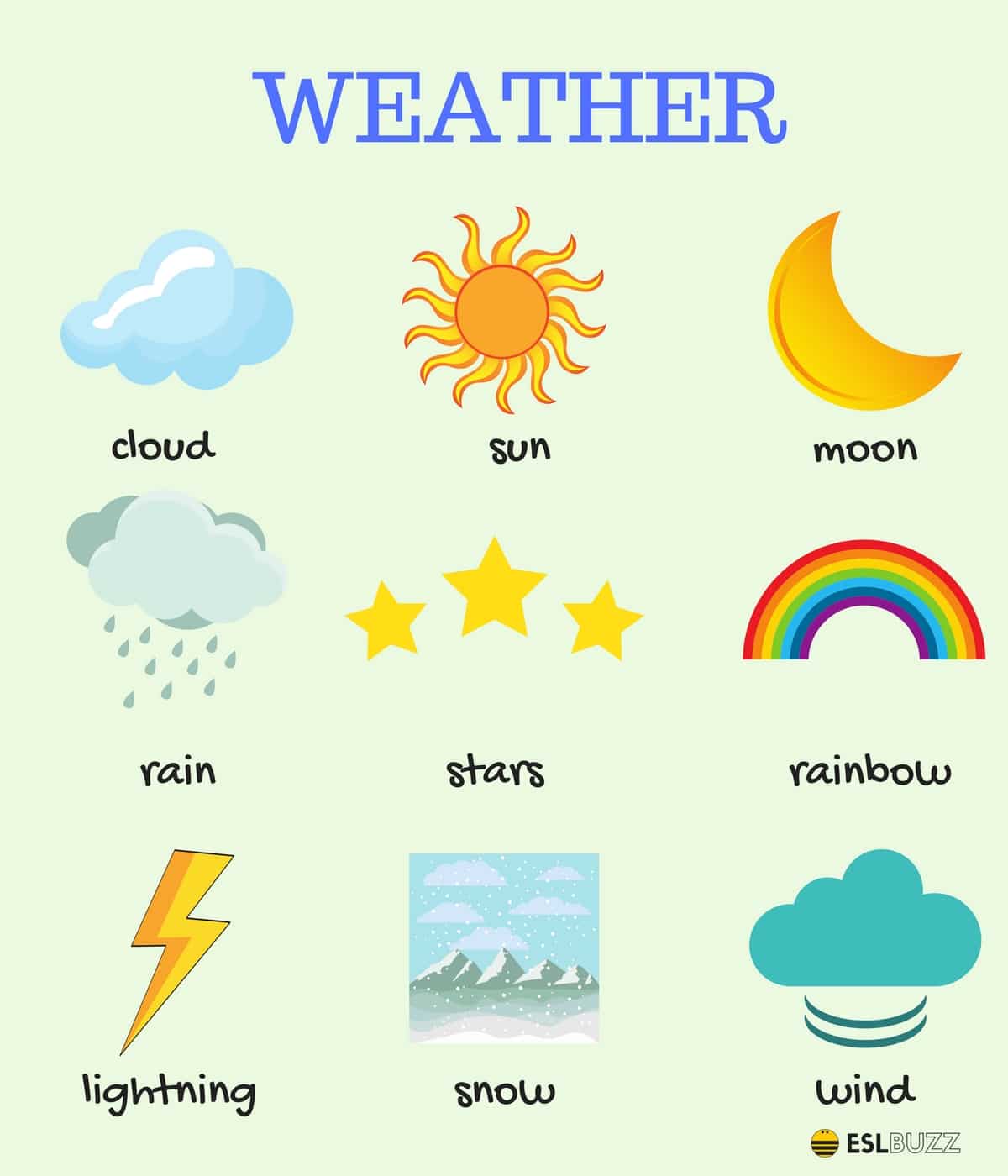 A very large wave, caused by extreme conditions such as an earthquake, which can cause a lot of damage when it reaches land

A period of very bad weather when there is a lot of rain or snow, strong winds, and often lightning

A type of winter storm characterized by freezing rain, in some parts of the United States, as a silver thaw.

A volcanic eruption occurs when hot materials are thrown out of a volcano. 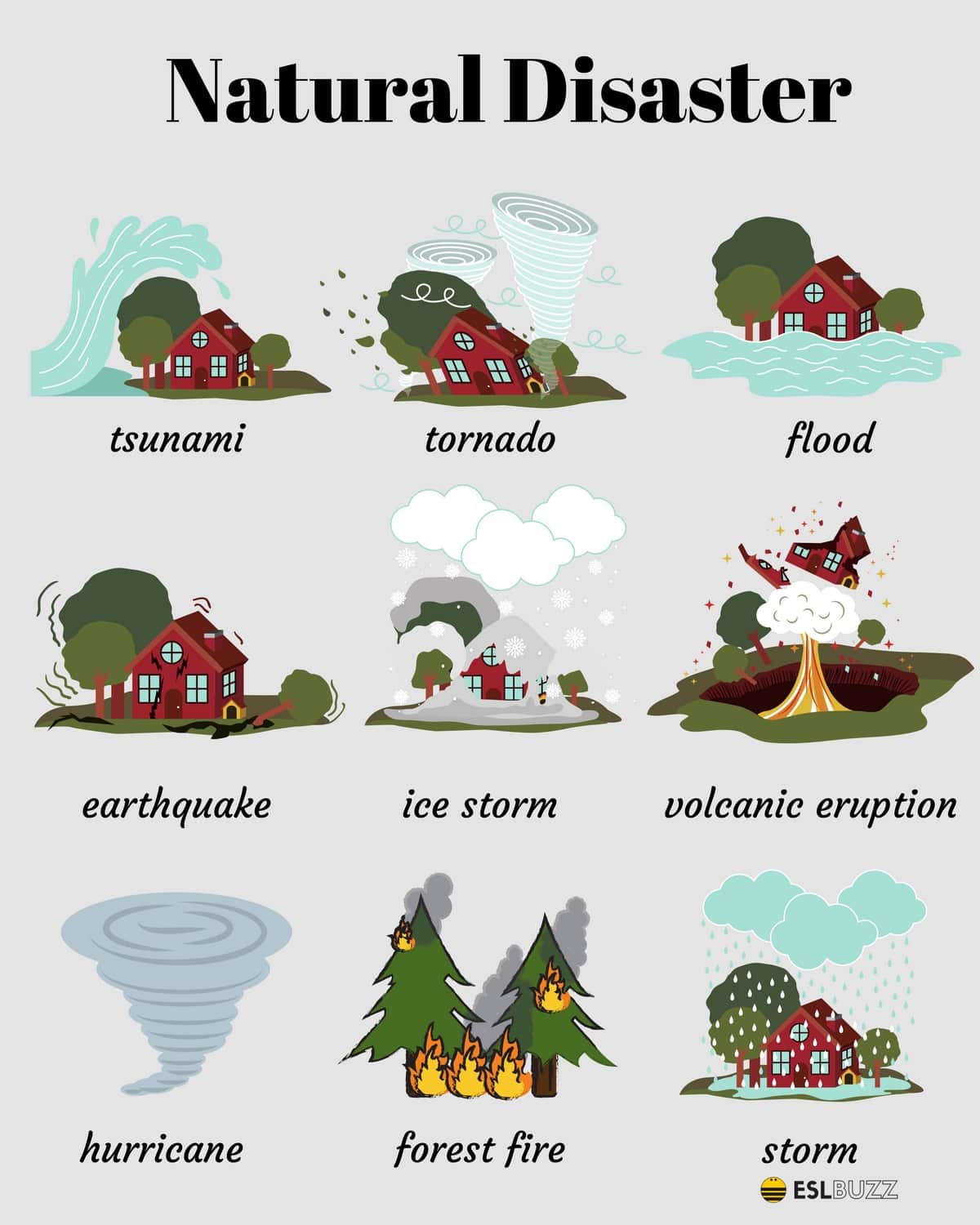