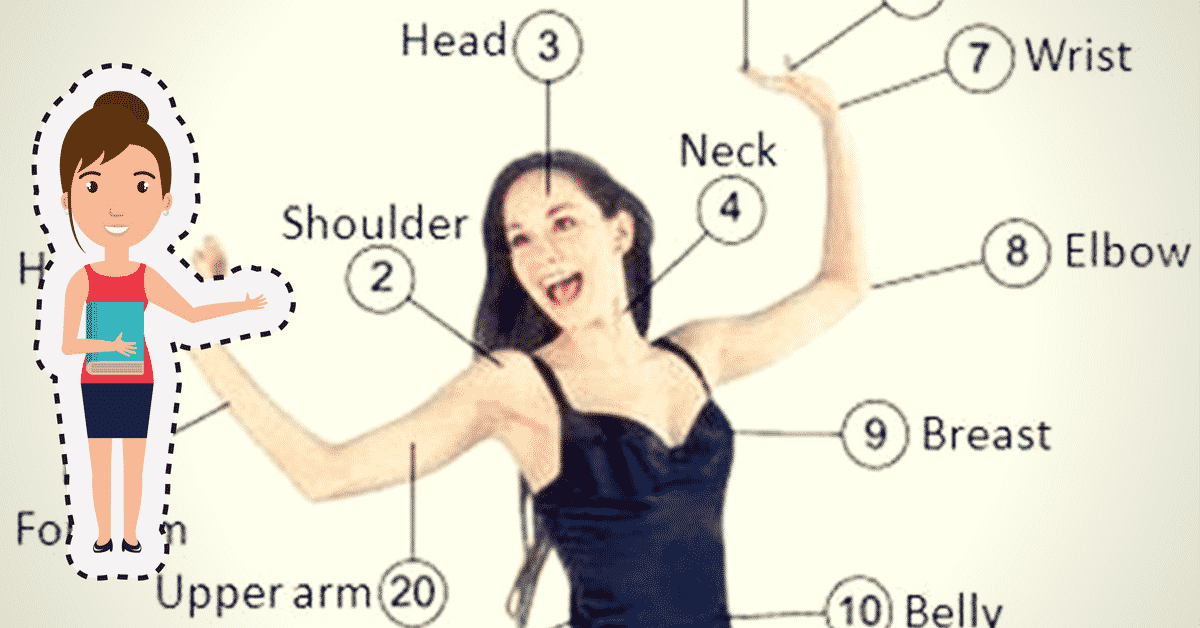 The human body is an incredibly complex and fascinating system of parts that work together to keep us alive and functioning. From our heads to our toes, there are a variety of different parts of the body that all have specific roles and functions.

In this lesson, we will be exploring the different parts of the body, including the major organs, bones, muscles, and more. By the end of this lesson, you will have a solid understanding of the basic vocabulary related to the human body.

Parts of the Body Vocabulary

These internal and external body parts have various functions in the body, such as digestion, excretion, breathing, circulation,reproduction.

Parts of the Body Vocabulary with Example Sentences

Head: The head is the uppermost part of the body, containing the brain, eyes, ears, nose, and mouth.

Neck: The neck is the part of the body connecting the head to the torso.

Shoulders: The shoulders are the joints where the upper arms connect to the torso.

Arms: The arms are the parts of the body extending from the shoulders to the hands.

Elbows: The elbows are the joint connecting the upper arm to the lower arm.

Hands: The hands are the body parts at the end of the arms, consisting of the fingers and palms.

Fingers: The fingers are the digits of the hand used for grasping and manipulating objects.

Torso: The torso is the central part of the body, between the neck and the legs, containing the organs of the chest and abdomen.

Waist: The waist is the part of the body located between the chest and the hips.

Legs: The legs are the parts of the body extending from the hips to the feet.

Knees: The knees are the joints connecting the thigh to the lower leg.

Feet: The feet are the lowermost parts of the legs, used for standing and walking. 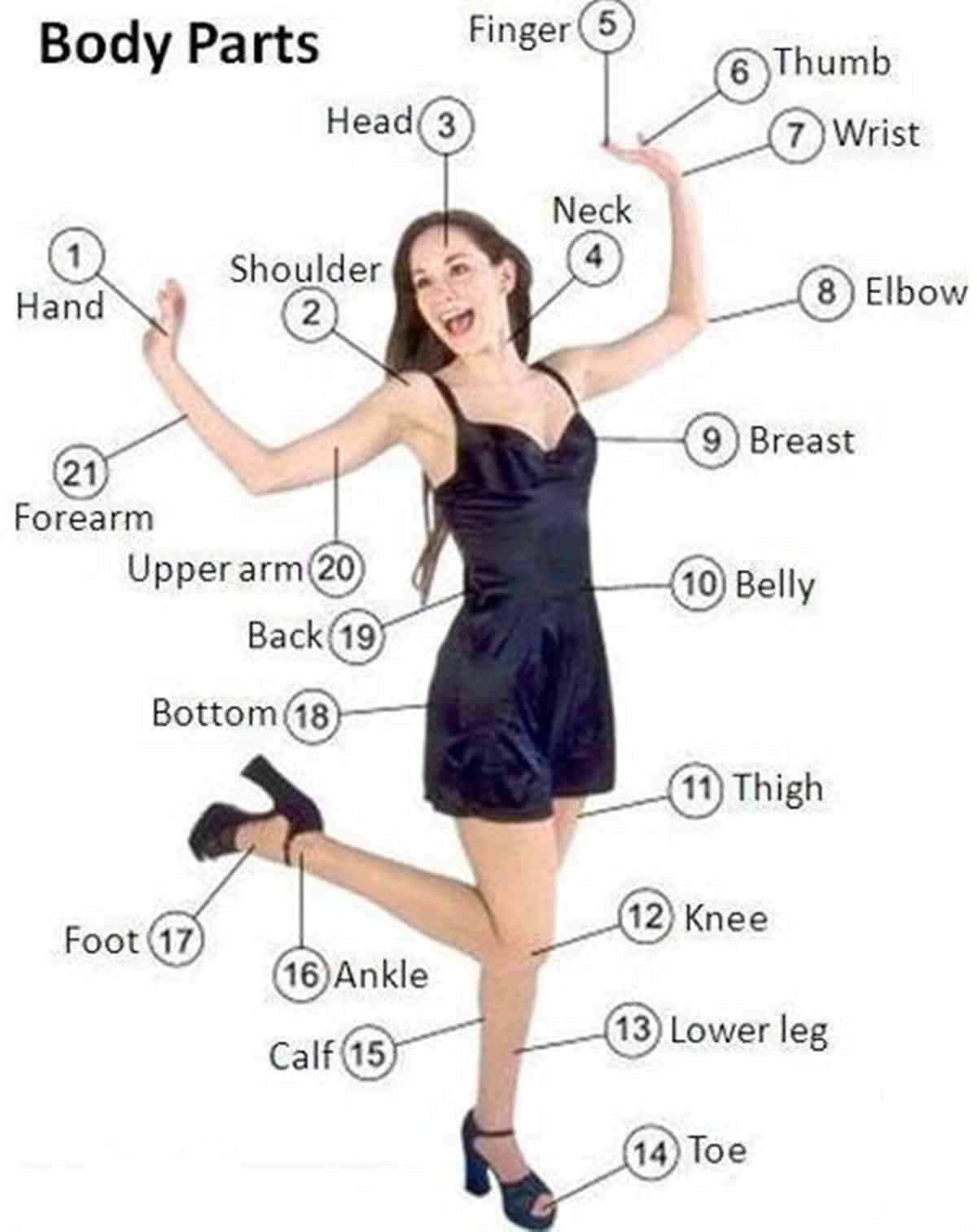 External body parts are those parts located outside the body and can be seen:

How to Describe Someone’s Appearance 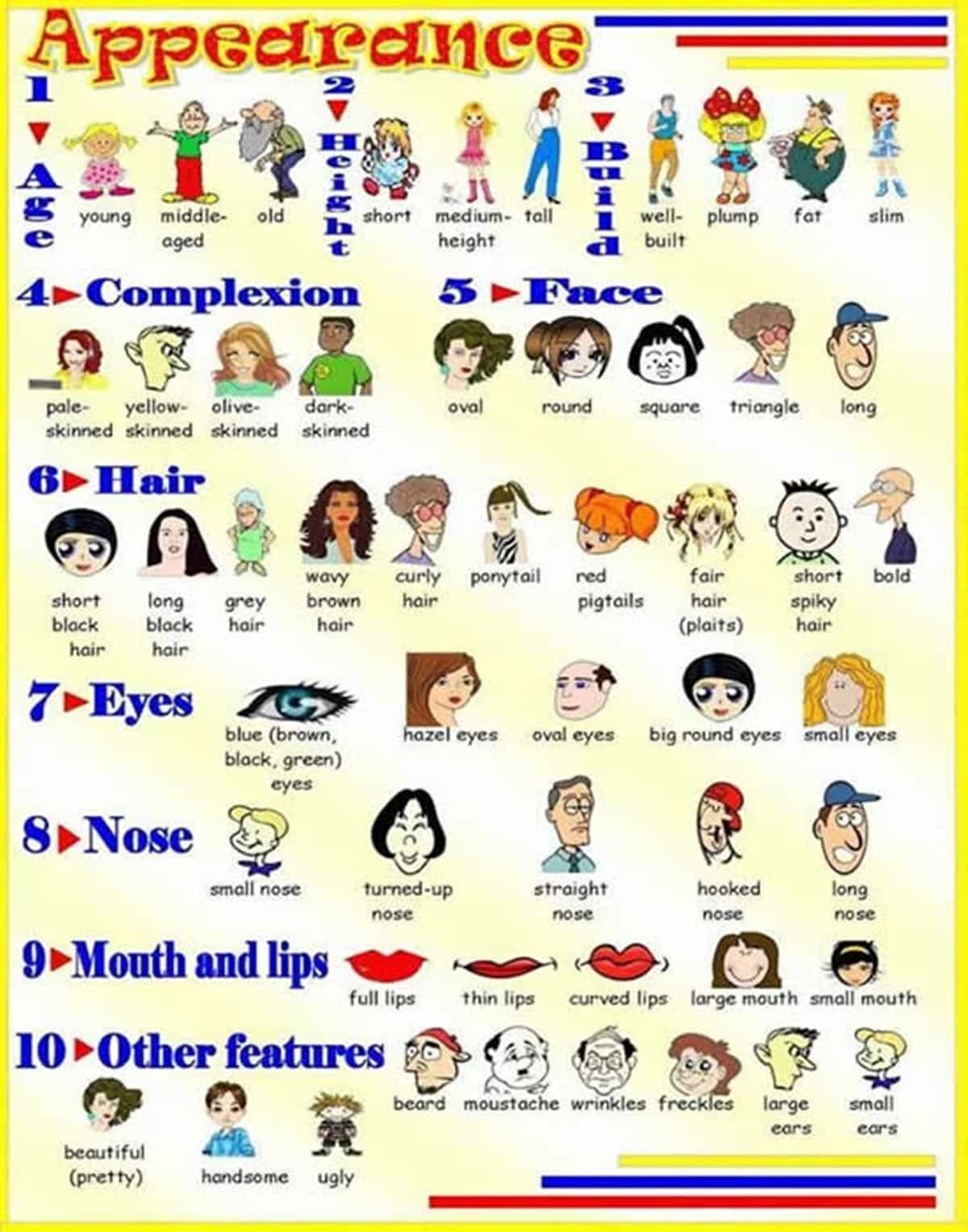