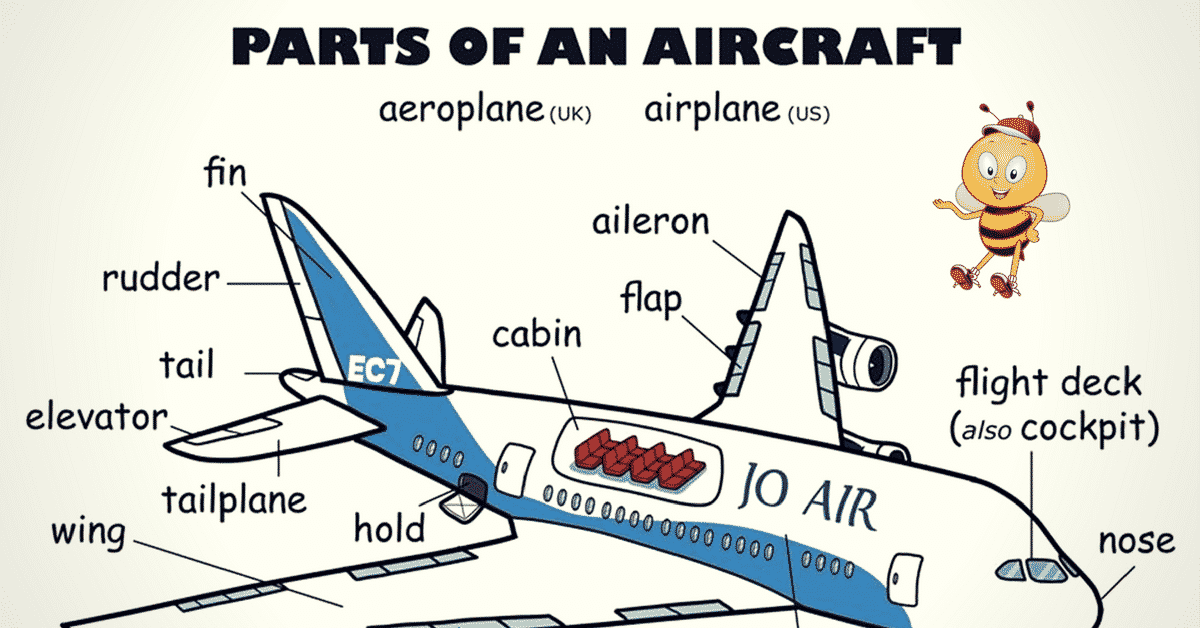 Learn Parts of an Aircraft Vocabulary in English.

Parts of an Aircraft Vocabulary

An aircraft is composed by many different parts such as wing, cockpit, slats, spoiler… Each part has each own function.

Parts of an aircraft & their functions:

Pilot sit here to control and command the plane.

Holds all parts together

To increase airplane lift during takeoff and landing

Roll the wings side ward direction

Increase lift and drag of airplane during takeoff and landing

Deflect the tail of the airplane up and down motion

Deflect the tail direction to the left and right side

Different Parts of an Aircraft | Image 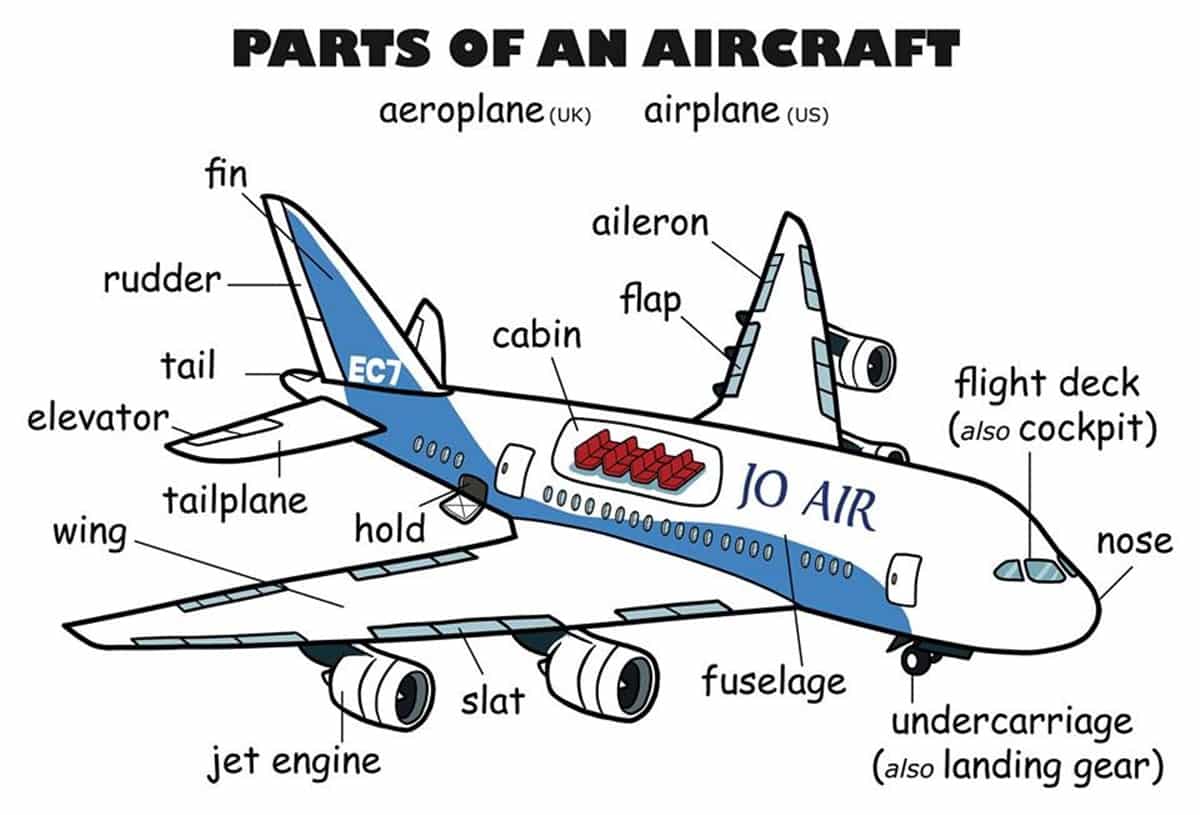 Obbasdwiss is the meaning to life