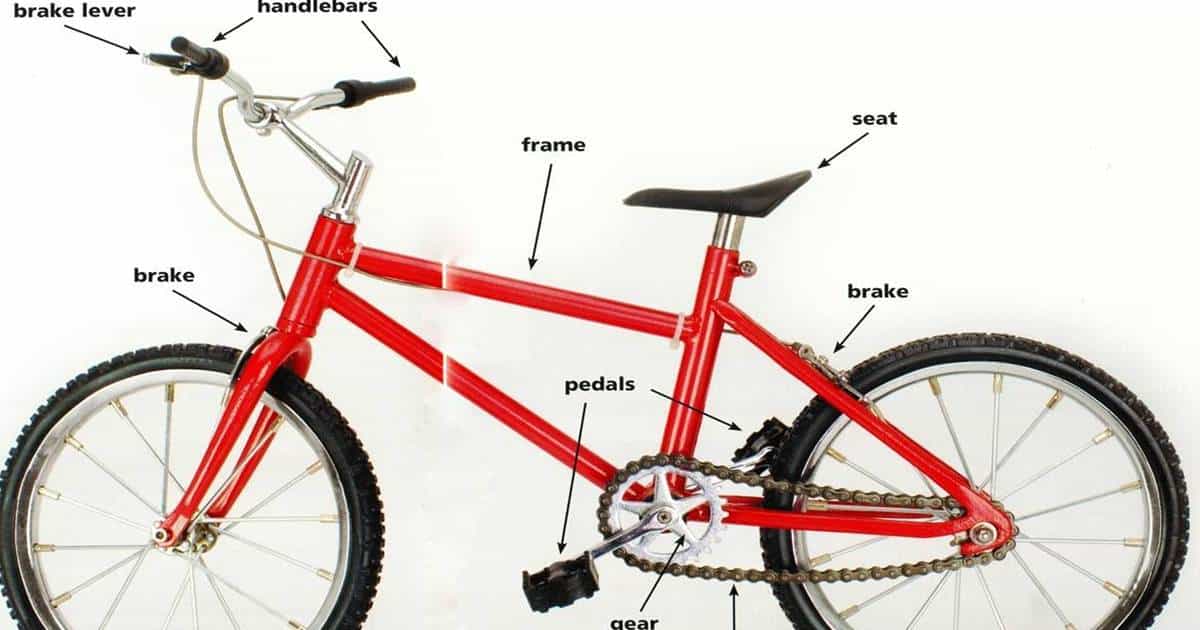 Learn Parts of a Bicycle in English.

A bicycle, also called a cycle or bike, is a human-powered, pedal-driven, single-track vehicle, having two wheels attached to a frame, one behind the other. 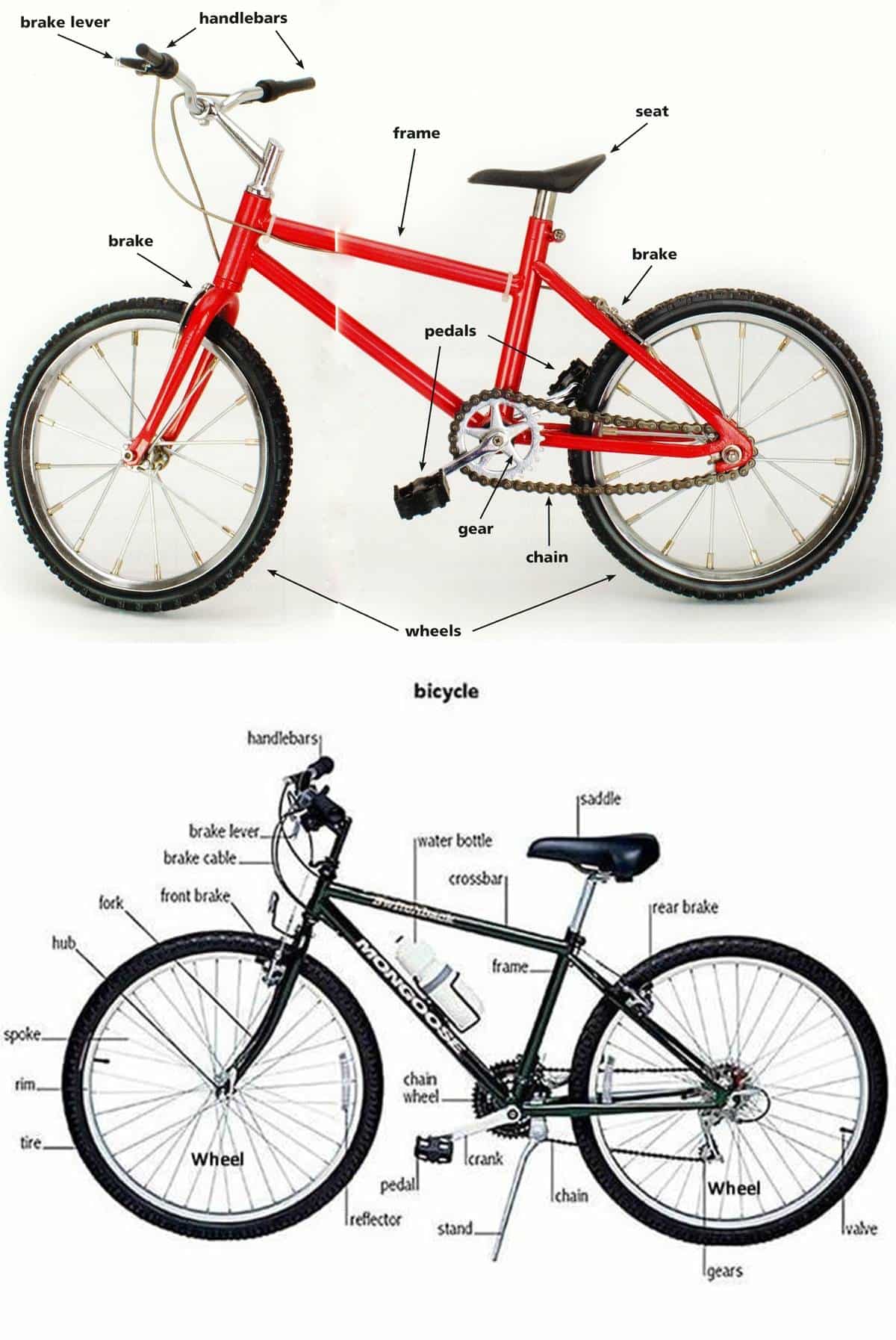