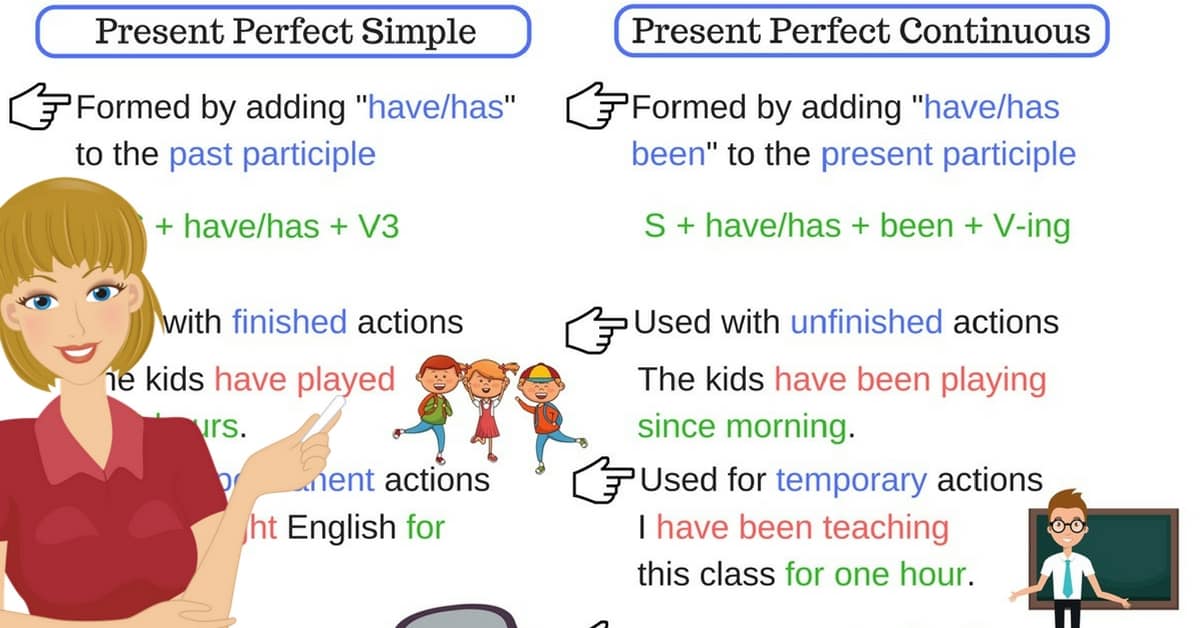 This article will provide a comprehensive explanation of these two tenses and highlight the differences between them. It will help English learners and native speakers alike understand when to use each tense and how to form them correctly.

The Present Perfect Simple tense is used to express an action that started in the past and has a connection to the present. It is formed with the present tense of the verb “to have” followed by the past participle of the main verb. It is used to talk about life experiences, changes, or actions with undefined time frames, or to describe the result of past actions.

Formed by adding “have/has” to the past participle

The kids have played for 2 hours.

I have taught English for 12 years.

He has repaired the car.

It has taken six years to write this book.

The Present Perfect Continuous Tense is used to describe an action that started in the past and is still ongoing or has just finished.

Formed by adding “have/has been” to the present participle

Emphasis on the duration of the action

Indicates “How long something has been happening”

Always use the present perfect simple (not continuous) with the verbs believe, know, understand, like/dislike, belong, own:

It is important to understand the distinction between these two tenses to effectively communicate in English. In conclusion, the choice between the present perfect simple and continuous depends on the specific action being described and its duration and relevance to the present. 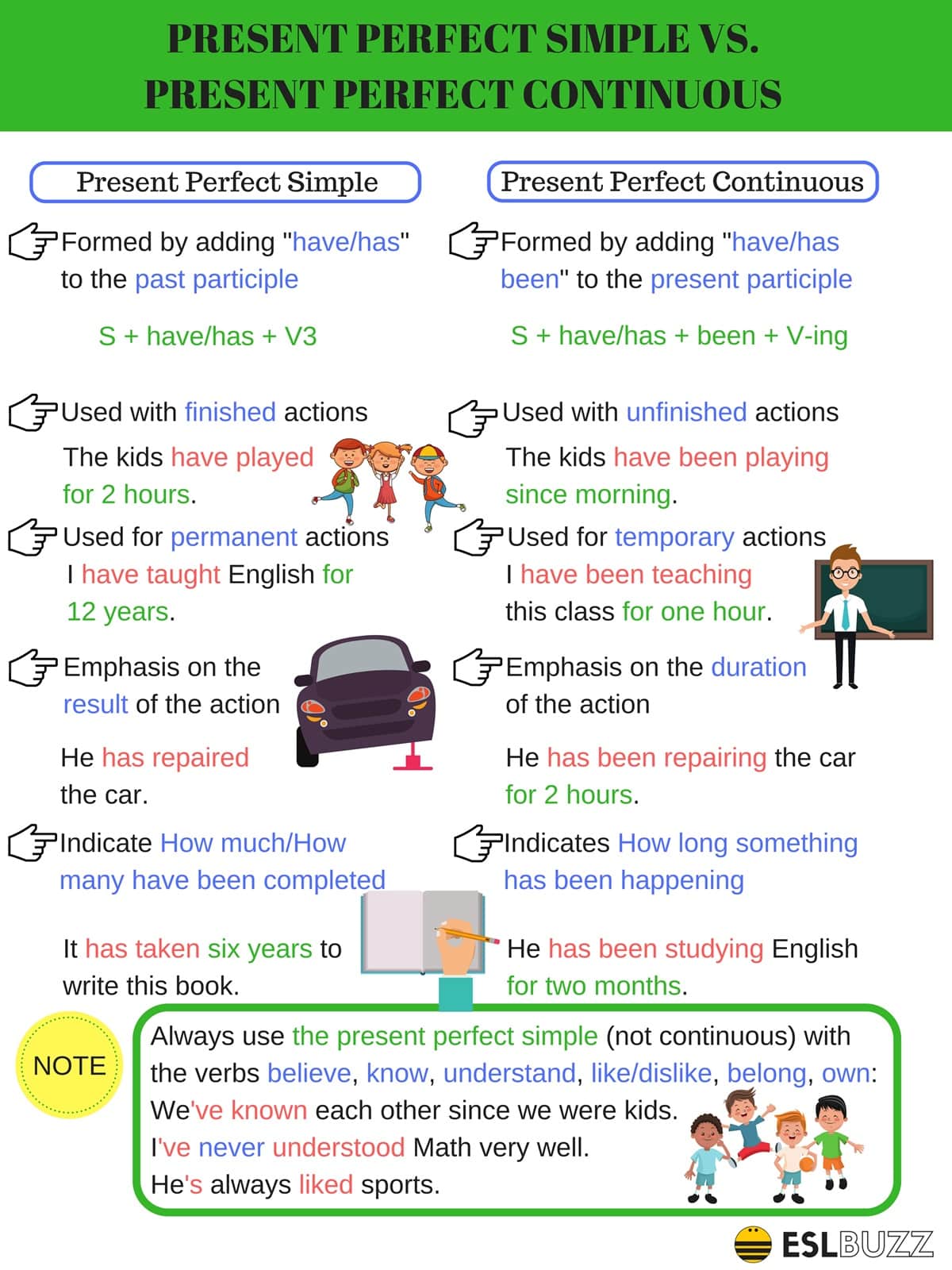