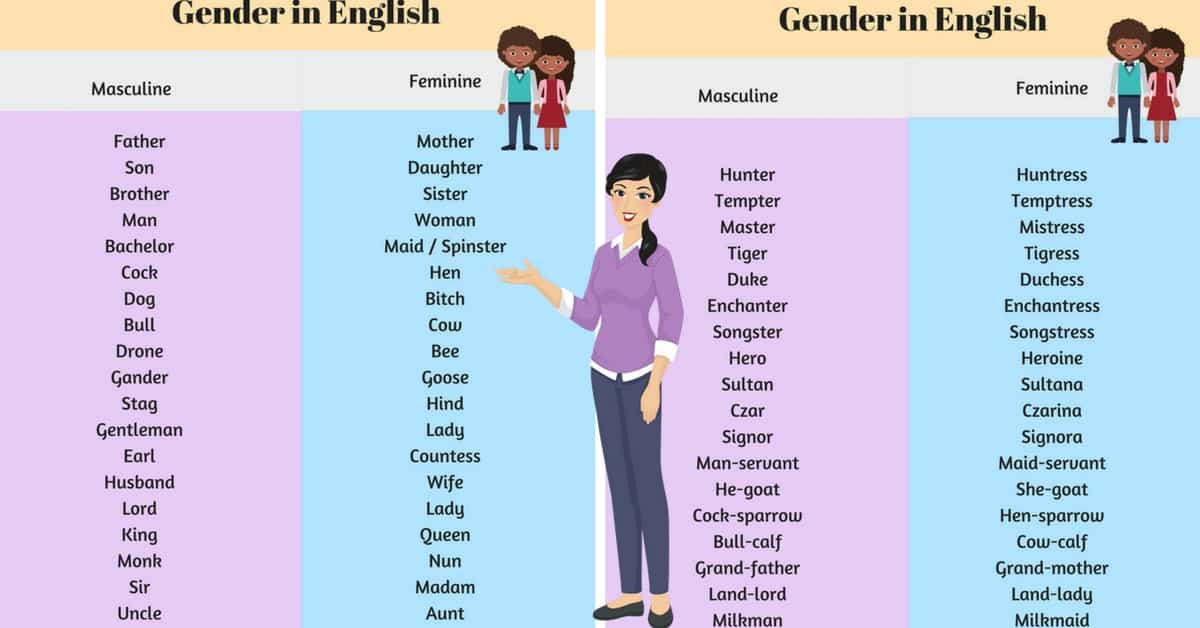 Old English had a system of grammatical gender similar to that of modern German, with three genders: masculine, feminine, neuter. Determiners and attributive adjectives showed gender inflection in agreement with the noun they modified. Also the nouns themselves followed different declension patterns depending on their gender. Moreover the third-person  personal pronouns, as well as  interrogative and relative pronouns, were chosen according to the grammatical gender of their antecedent.

Learn the Gender of Nouns and useful list of Masculine and Feminine words in English. 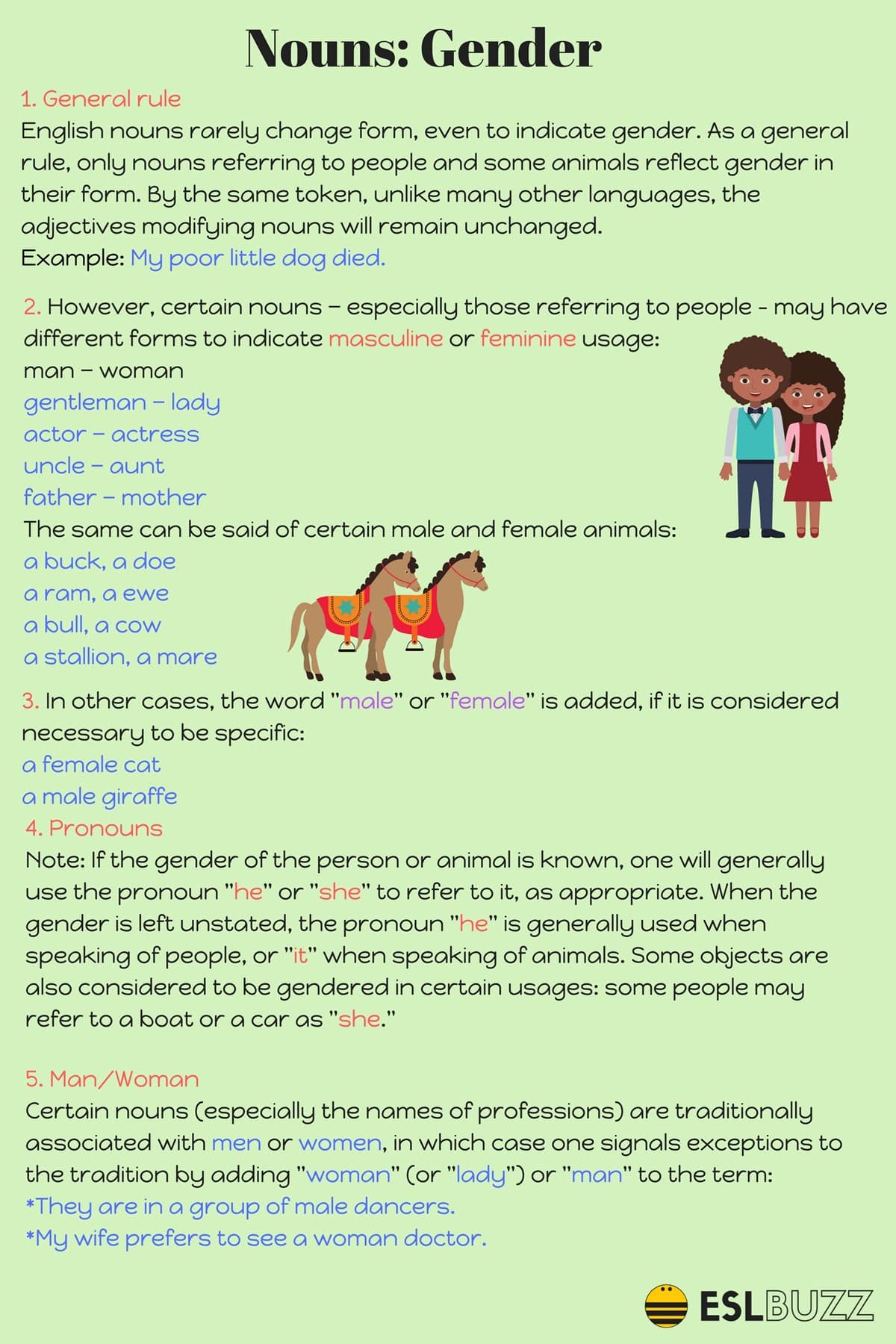 The personal pronouns he, she, it and the relative pronouns who, which are gender-sensitive:

Here the choice of pronoun is determined by the sex of the person being referred to. However, this distinction is lost in the plural.

The natural distinctions reflected in such pairs as brother/sister, nephew/niece, and king/queen have no consequence for grammar.

While they refer to specific sexes, these words are not masculine or feminine in themselves.

Gender of Nouns in English | Images 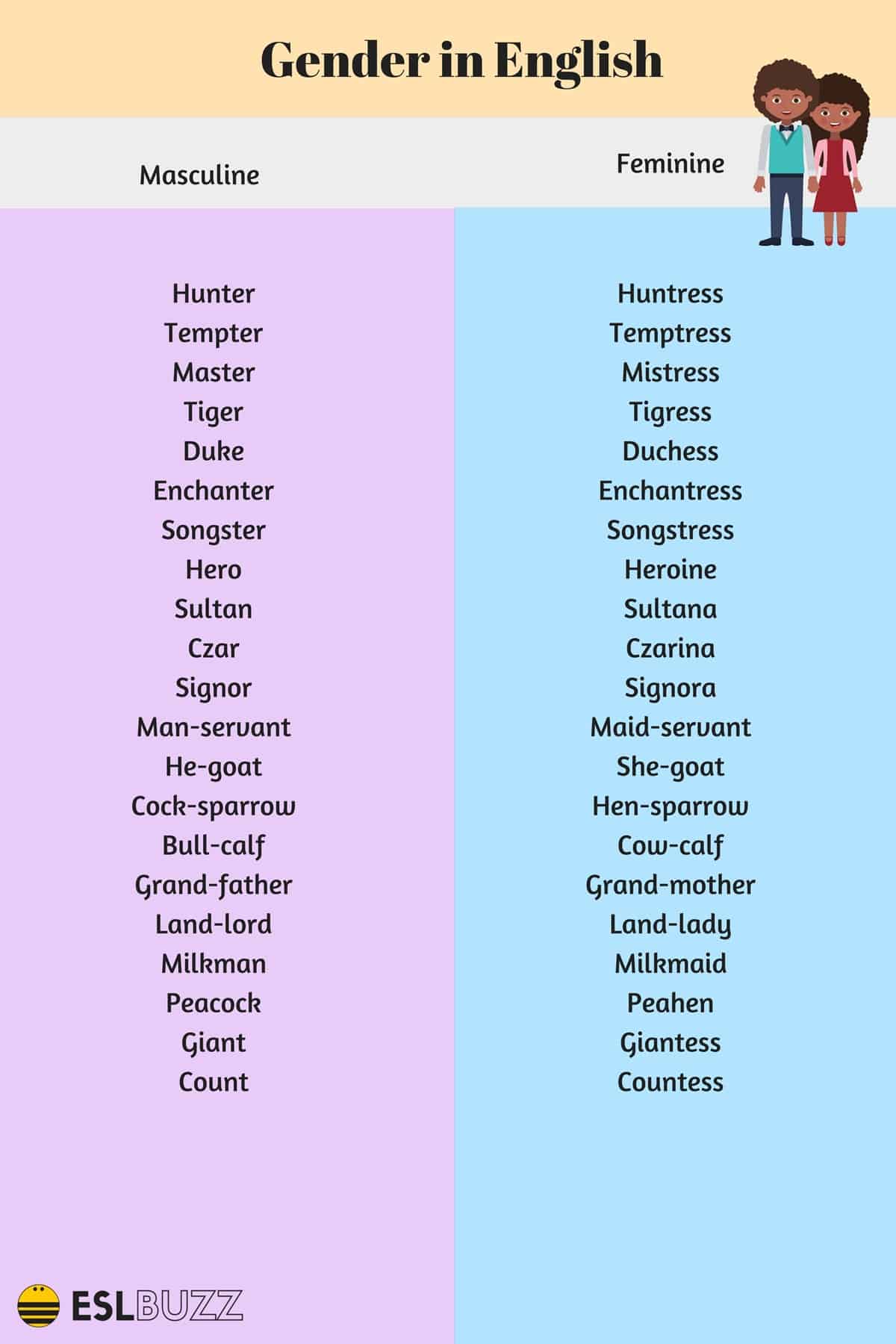 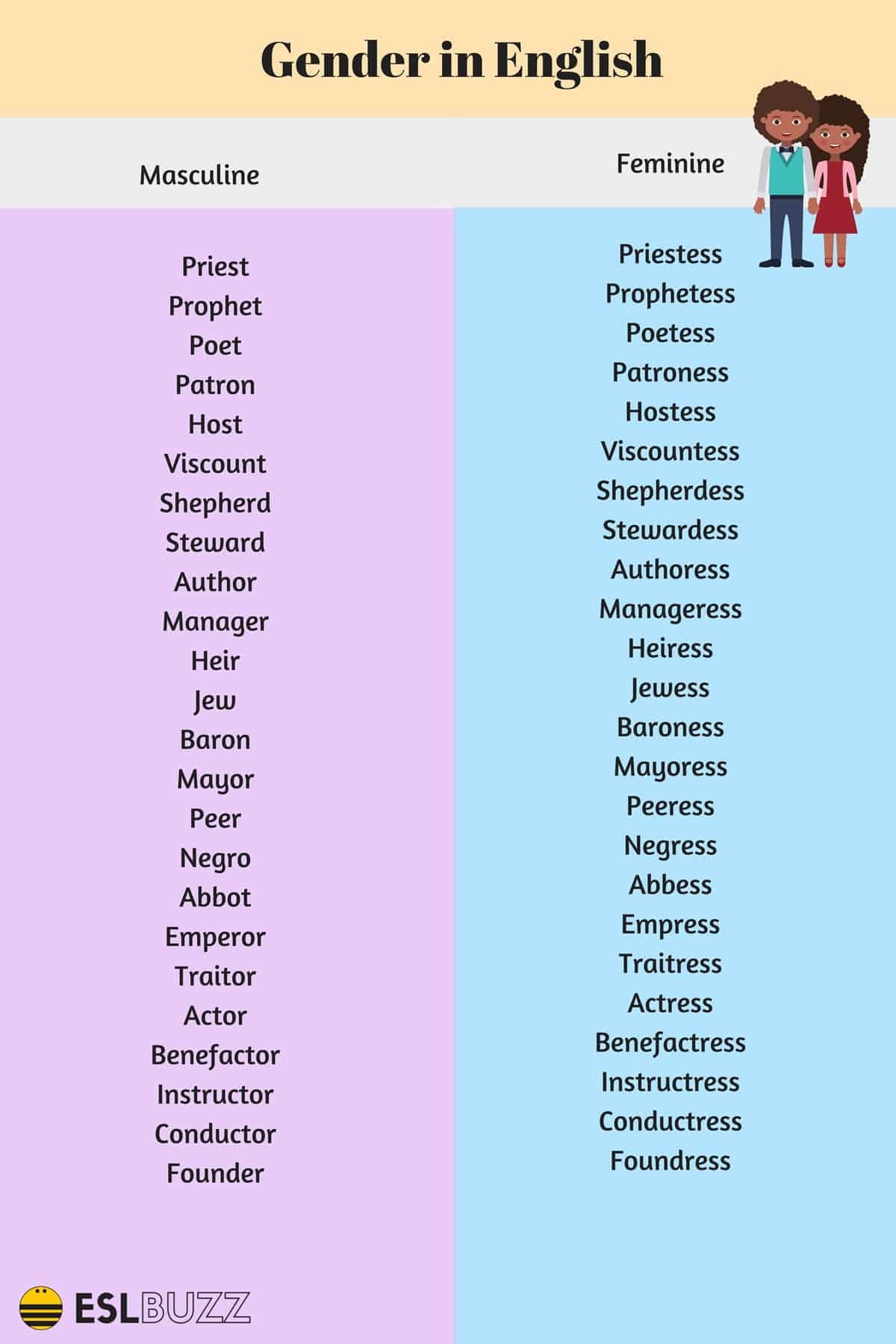 Negro and Negress? How on earth was that published? It’s very distasteful, please remove.