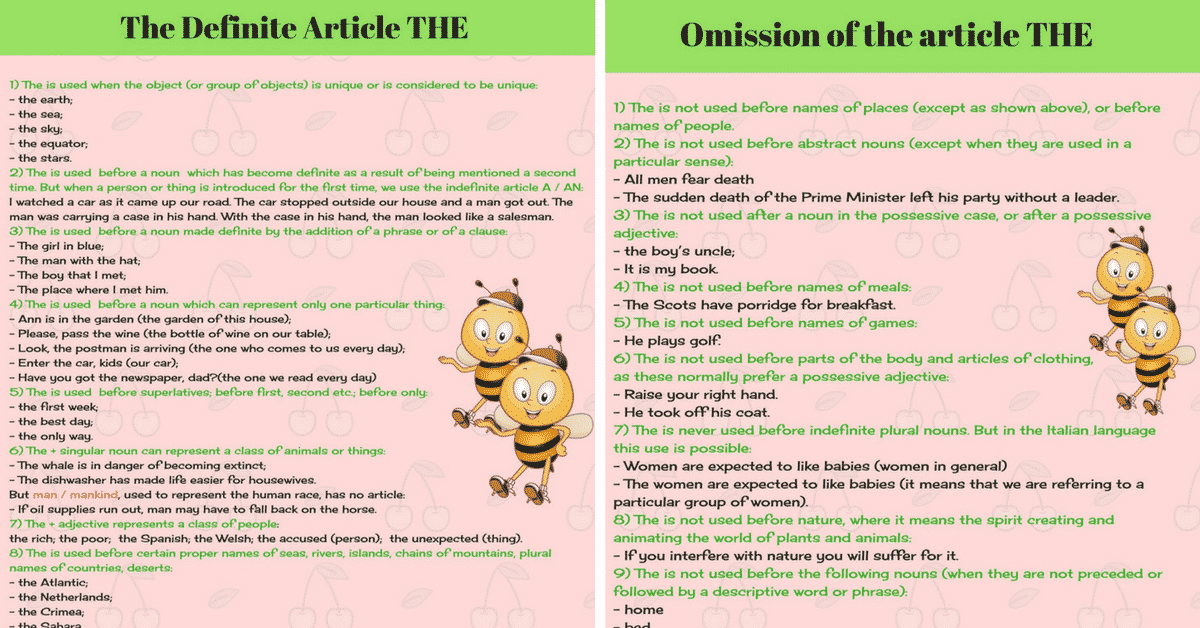 The definite article The is an important part of the English language. It is used to indicate that a noun refers to a specific person, place, thing, or idea that has been previously mentioned or is already known to the listener or reader. The use of “the” implies that the listener or reader has some prior knowledge or understanding of the noun being referred to. It is also used to indicate that the noun is one of a kind or unique. Understanding when and how to use “the” is essential for clear and effective communication in English.

How to Use Definite Article THE

“The” can be used with both singular and plural nouns, with nouns of any gender, and with nouns that start with any letter. This is different from many other languages which have different articles for different genders and/or numbers.

The definite article the is used when the referent of the noun phrase is assumed to be unique or known from the context.

For example, in the sentence:

The word “the” is also used with comparatives.

The definite article is not used:

An area in which the use or non-use of the is sometimes problematic is with geographic names.

However, there are certain exceptions:

How to Use Definite Article THE | Image

The Definite Article THE 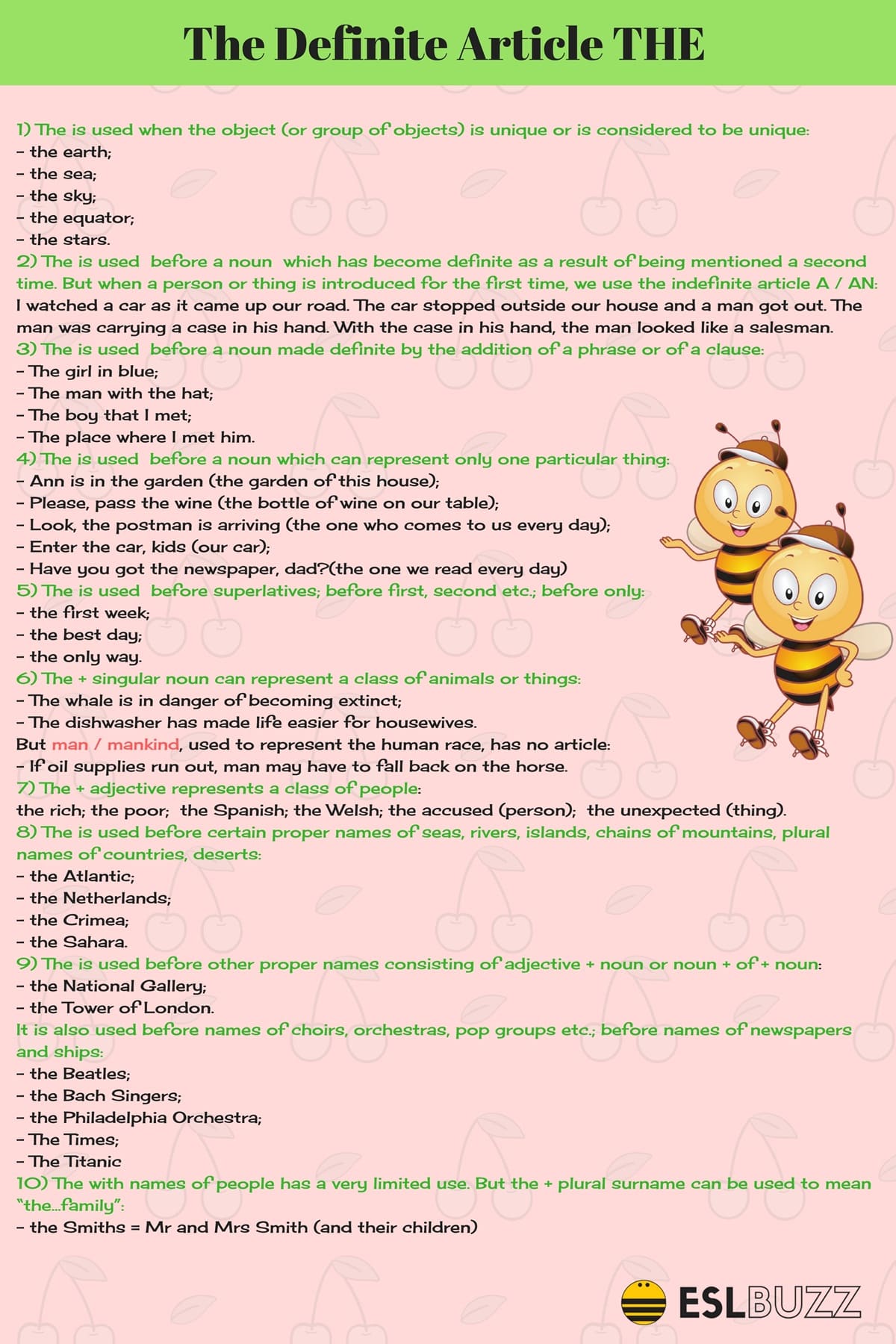 Omission of the Definite Article THE 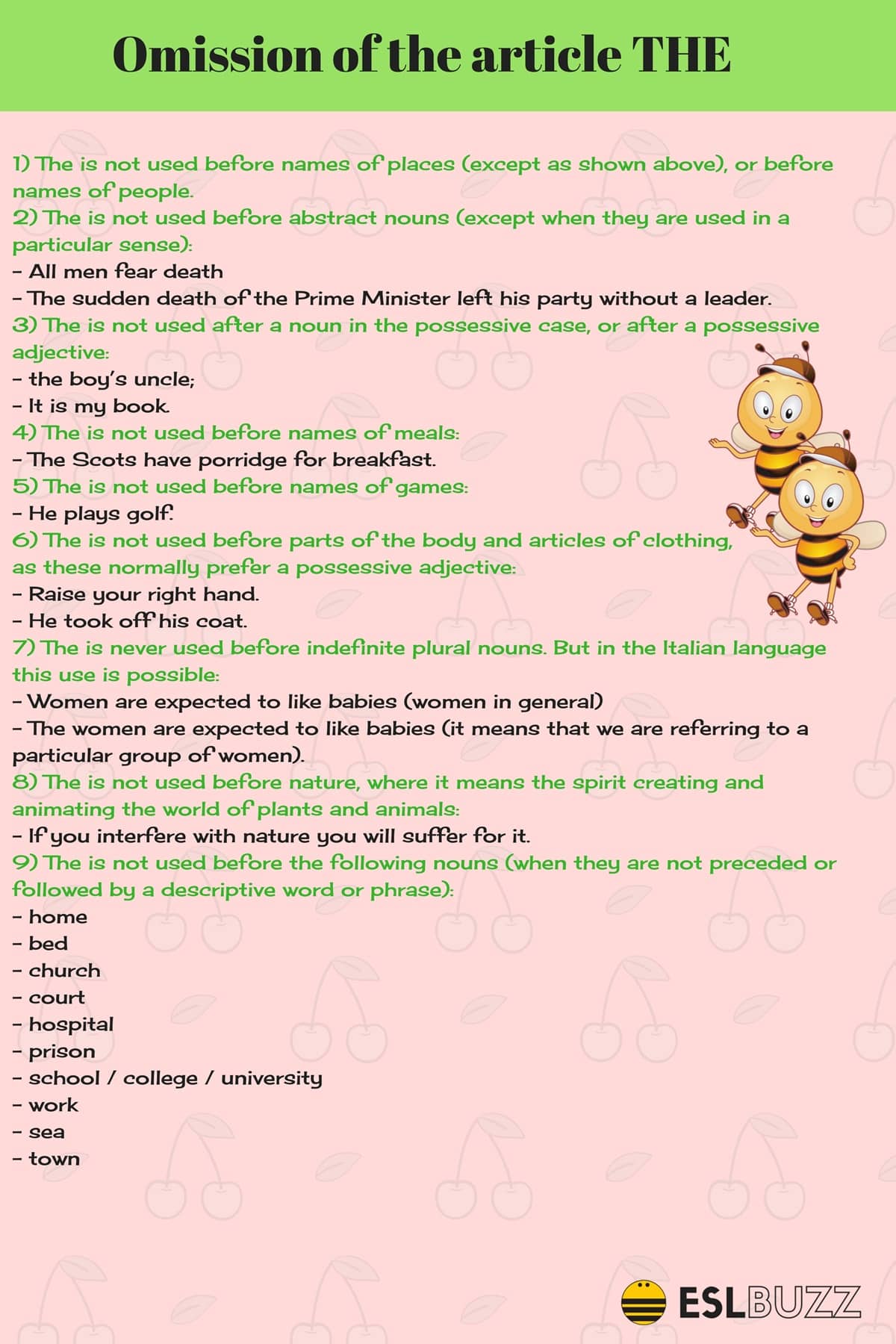