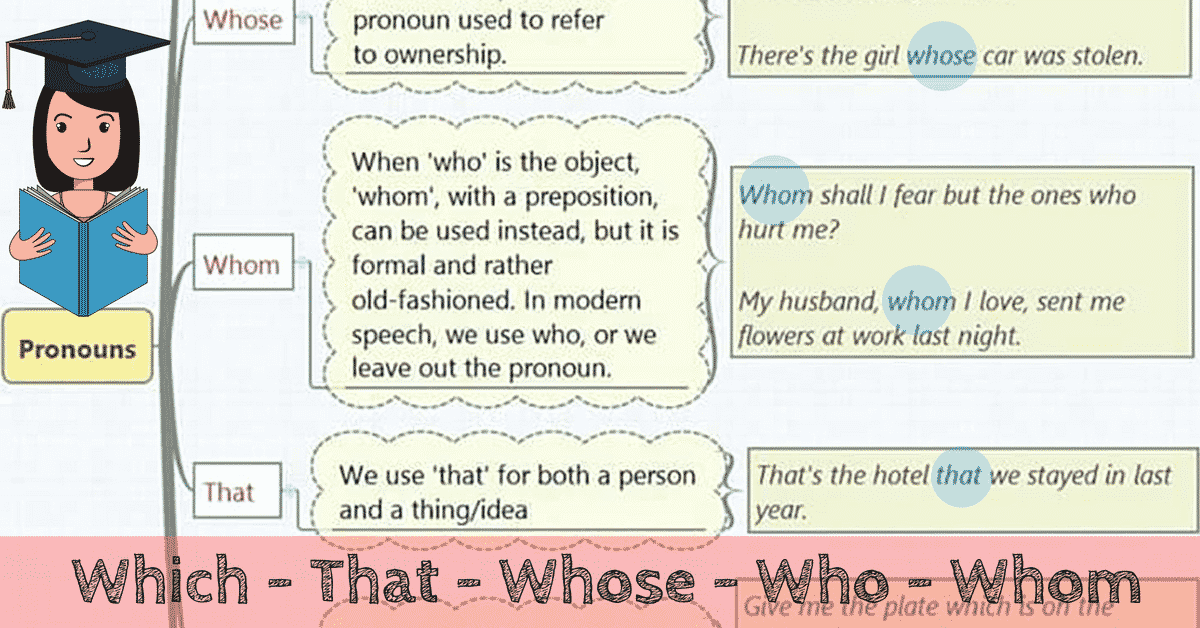 A relative pronoun is one which is used to refer to nouns mentioned previously, whether they are people, places, things, animals, or ideas.

There are only a few relative pronouns in the English language. The most common are which, that, whose, who, and whom. Relative pronouns can be used to join two sentences. 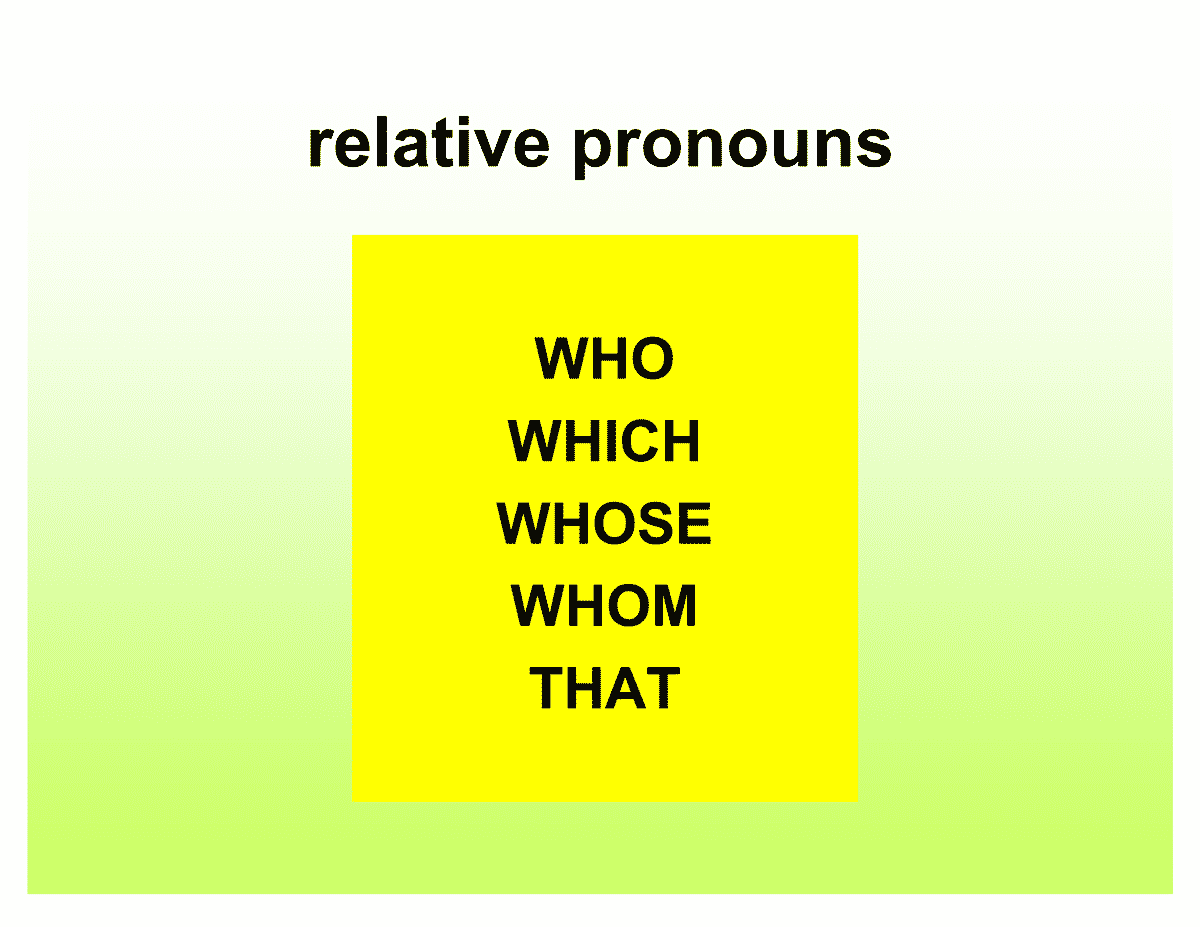 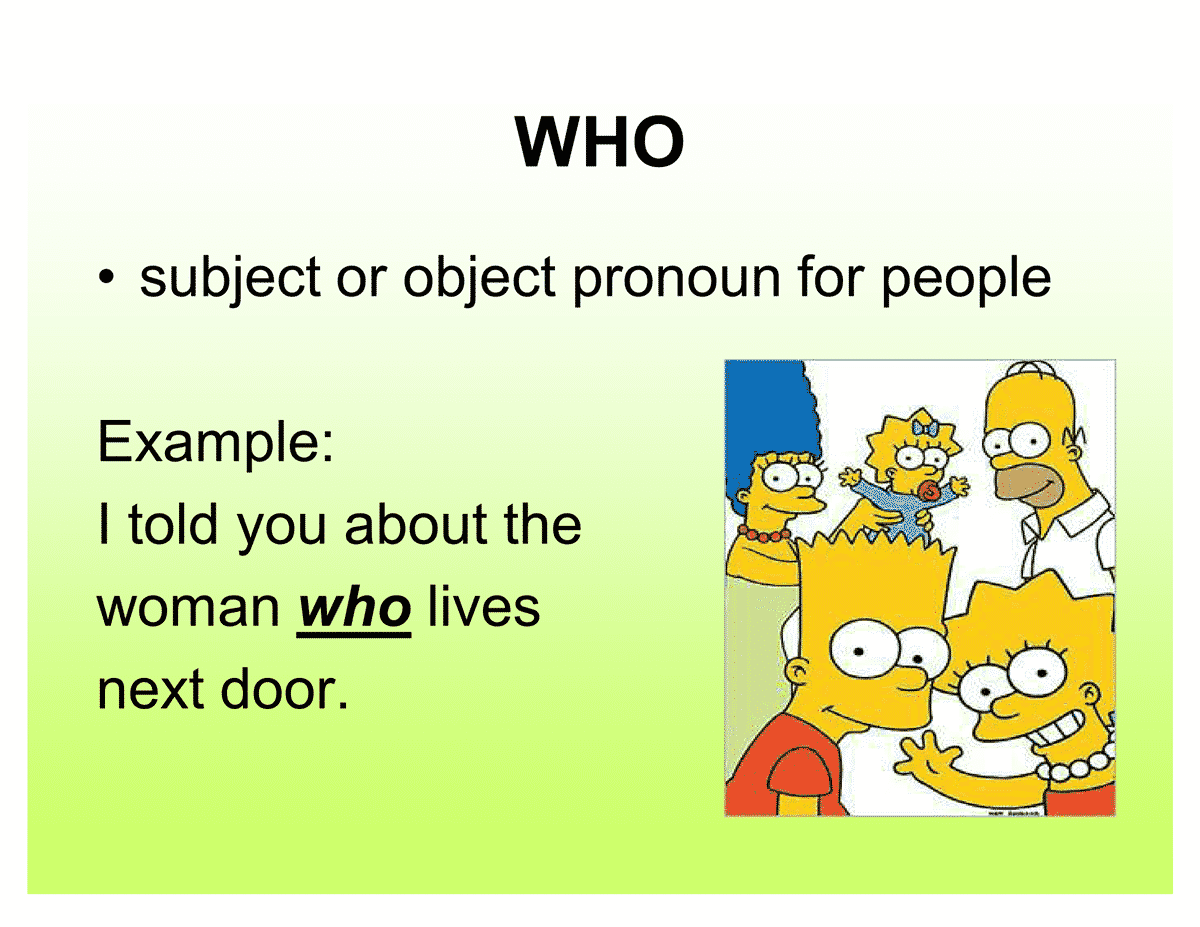 We use whom in formal styles or in writing to refer to people when the person is the object of the verb. It is much more common in writing than in speaking. 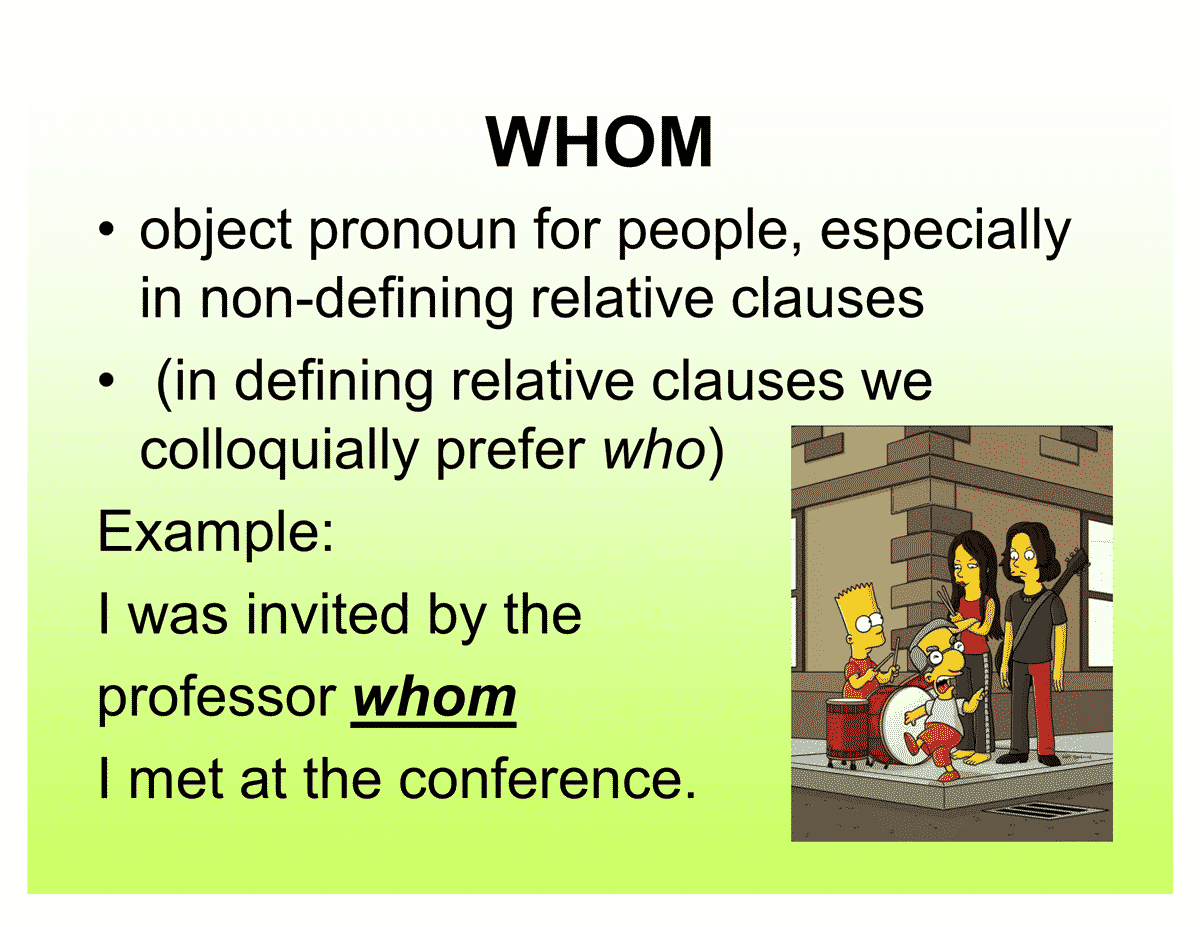 We usually use whose as a relative pronoun to indicate possession by people and animals. In more formal styles we can also use it for things. We use whose before nouns instead of a possessive expression (my, your, his, her, its, our, their, x’s). 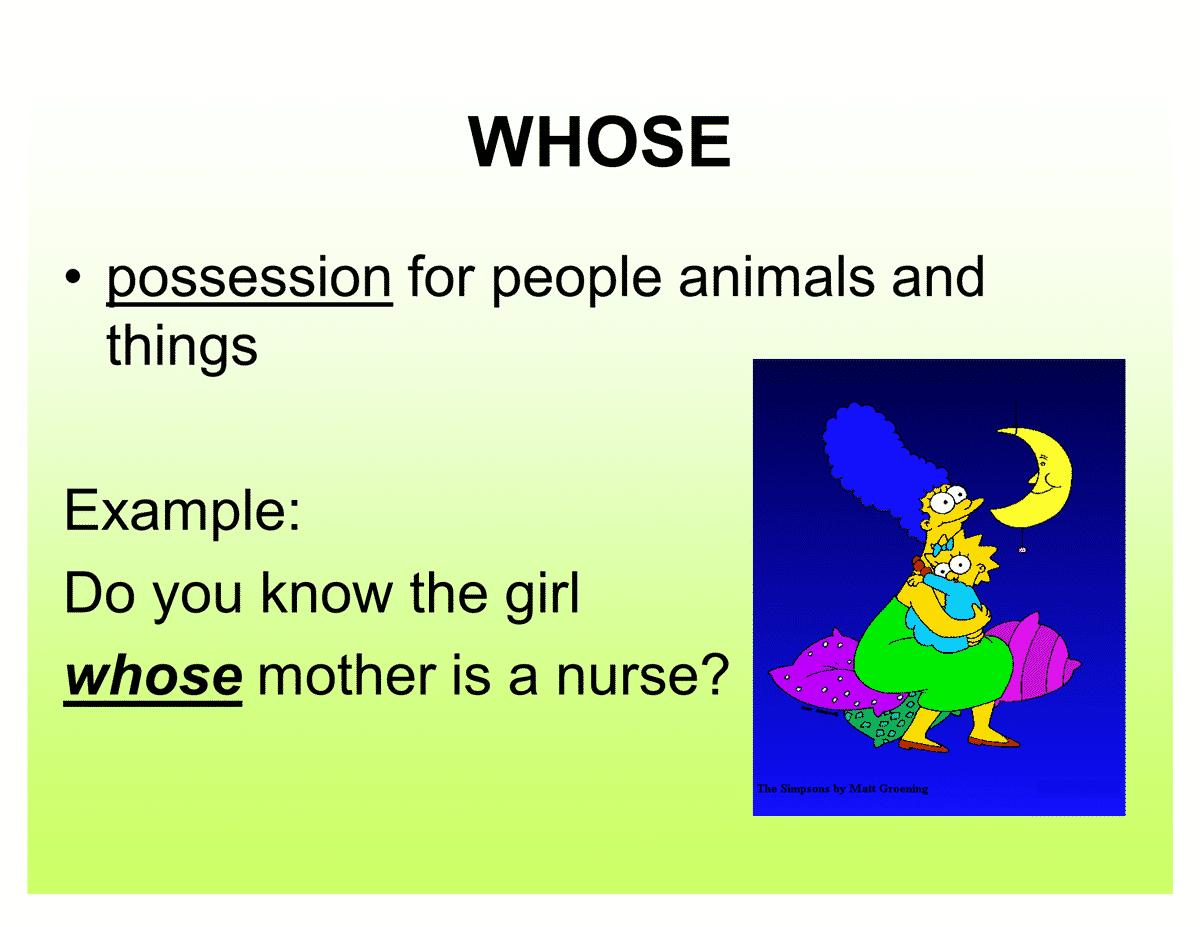 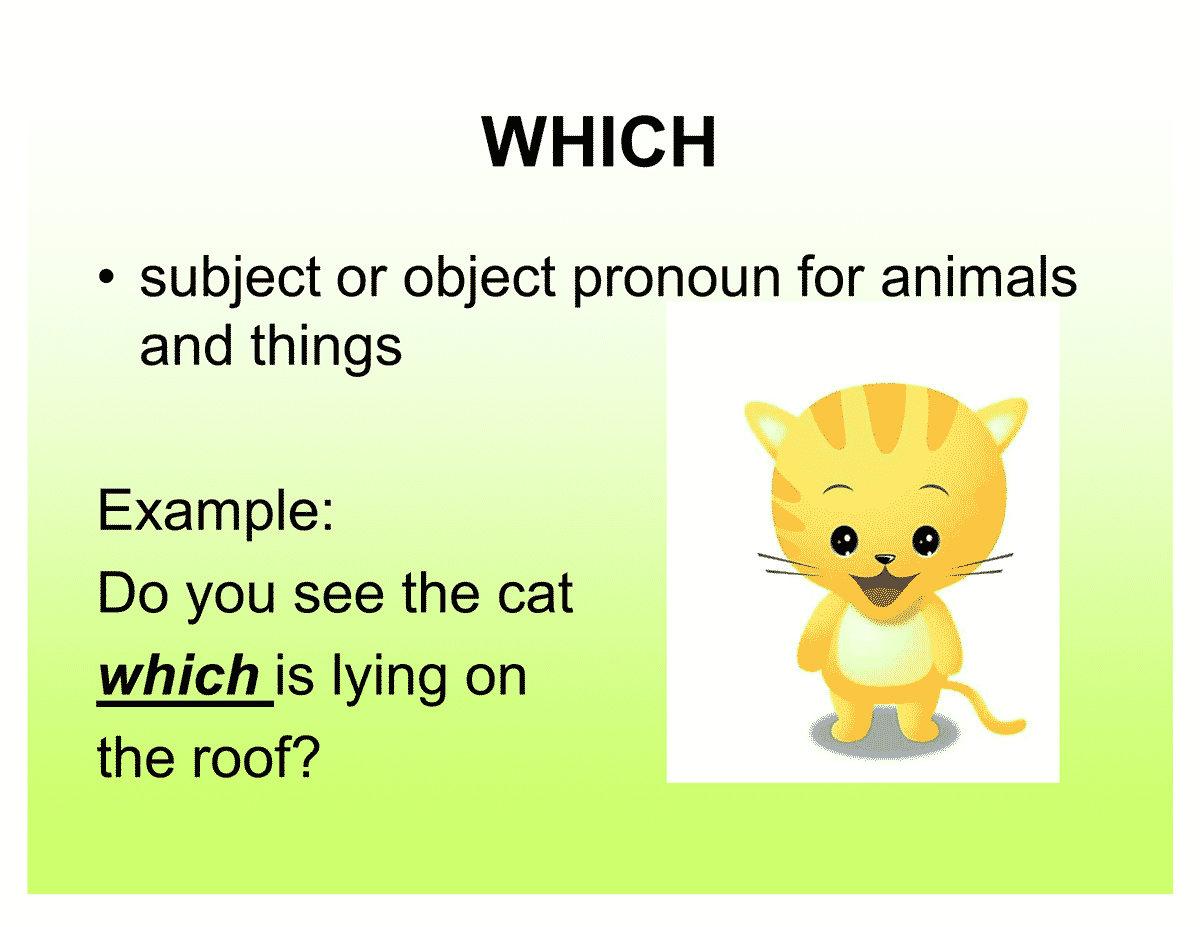 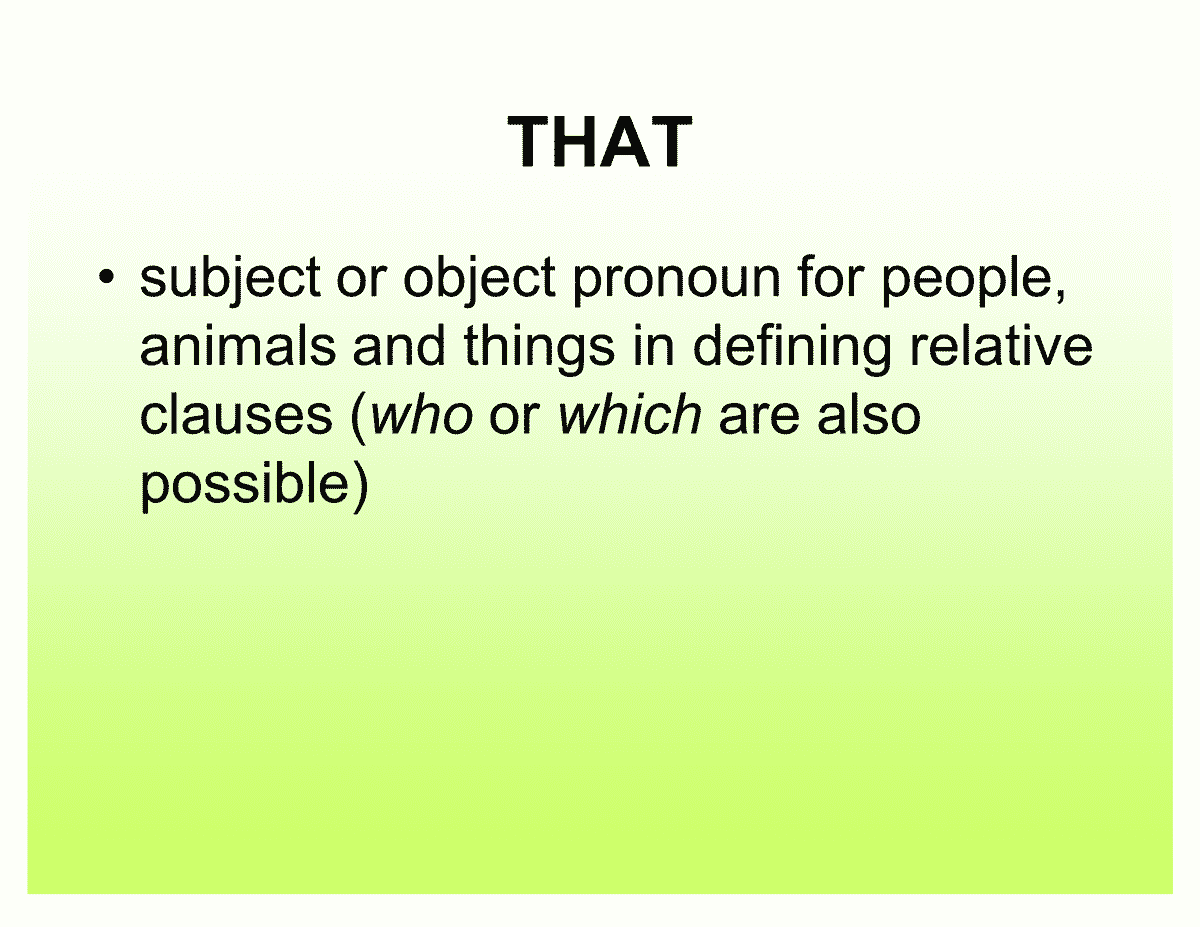 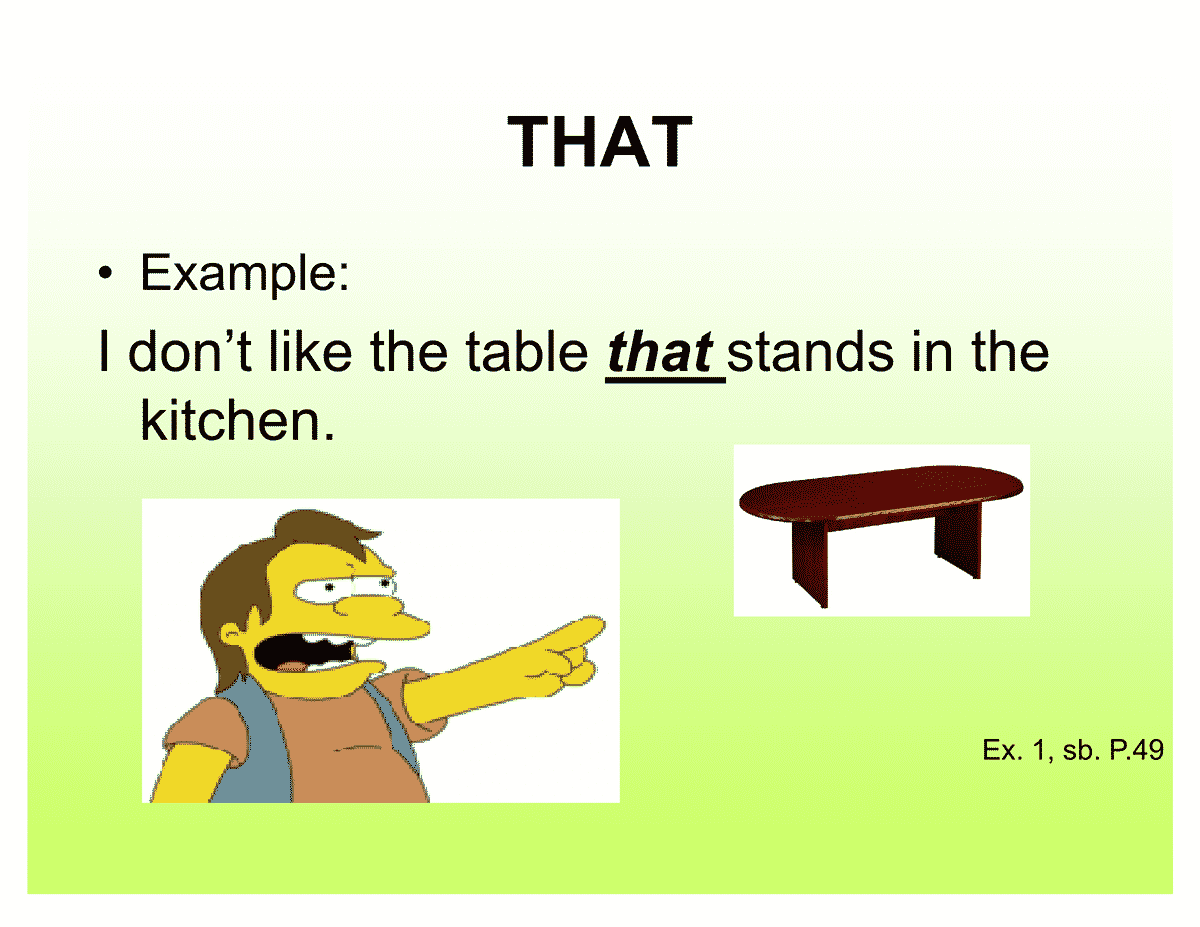 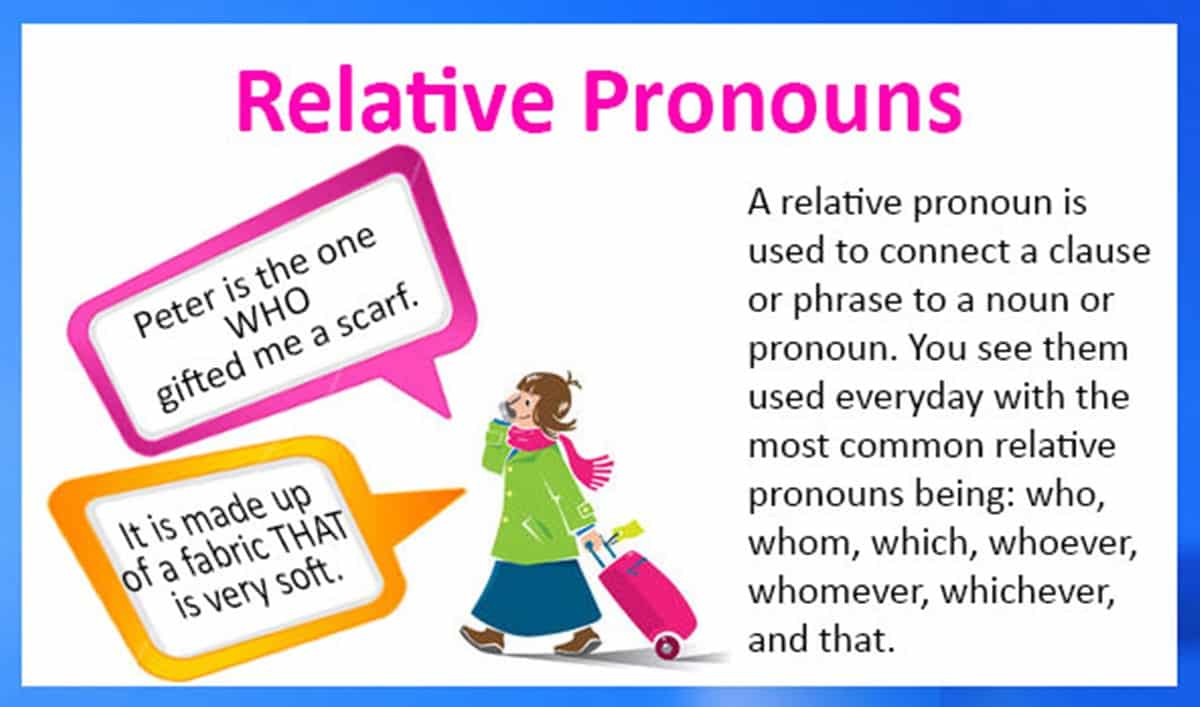 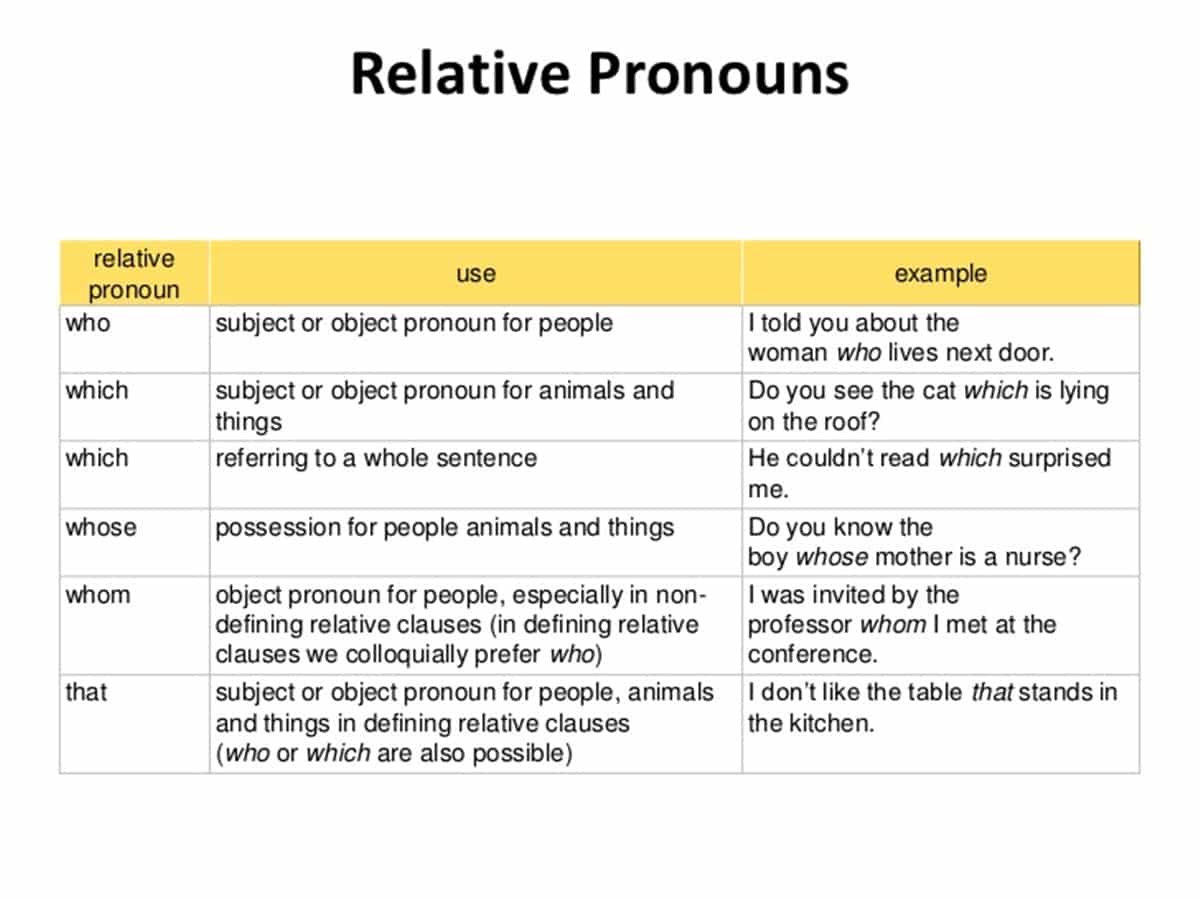 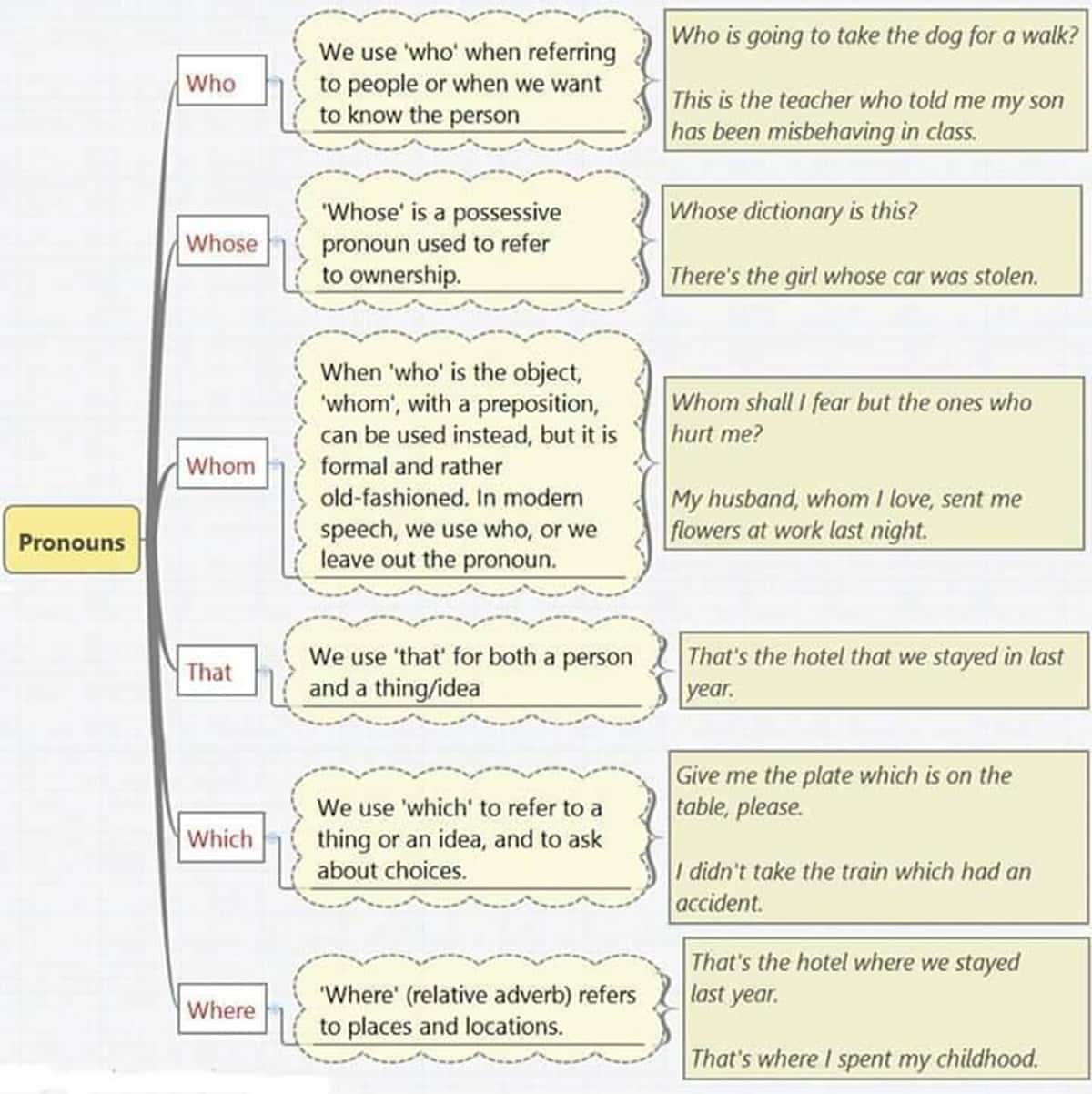 This was very helpful !