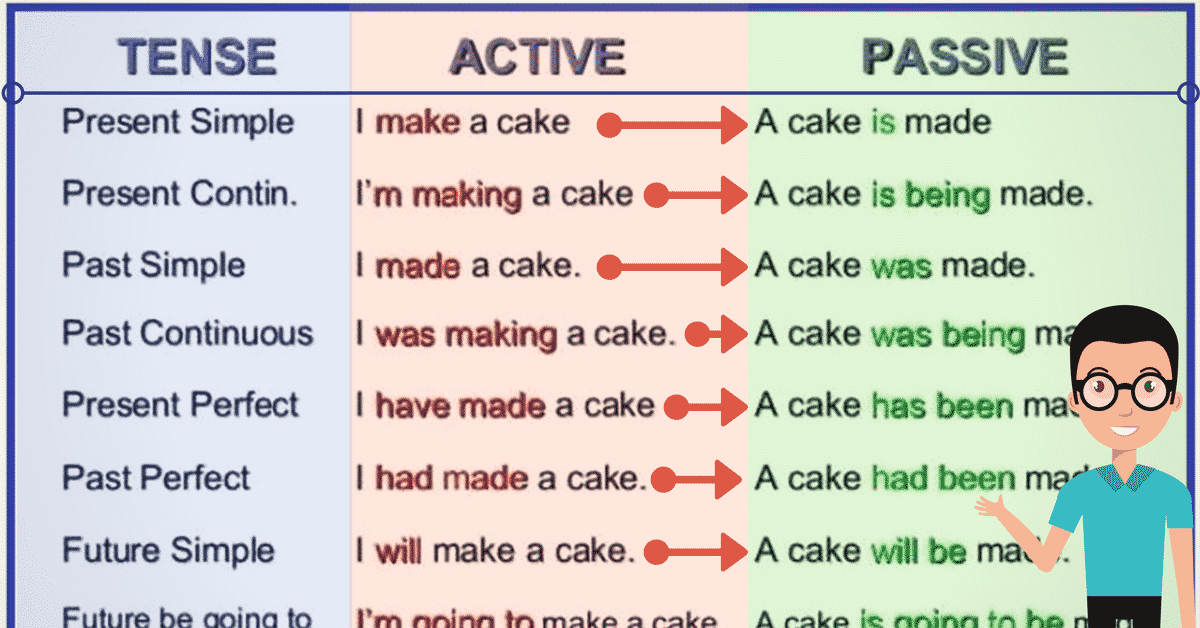 Passive Voice is a structure we use in English where the subject becomes the object.

1.   Passive voice is used when the agent (doer of an action) is obvious, unknown, or unnecessary.

2.   Passive voice is used when the agent is known, but the speaker/writer does not want to mention it.

3.   Passive voice is often used when the agent is very general such as people or somebody.

4.  Passive voice is used when the speaker/writer wants to emphasize a result or emphasize the receiver of the action instead of the performer. 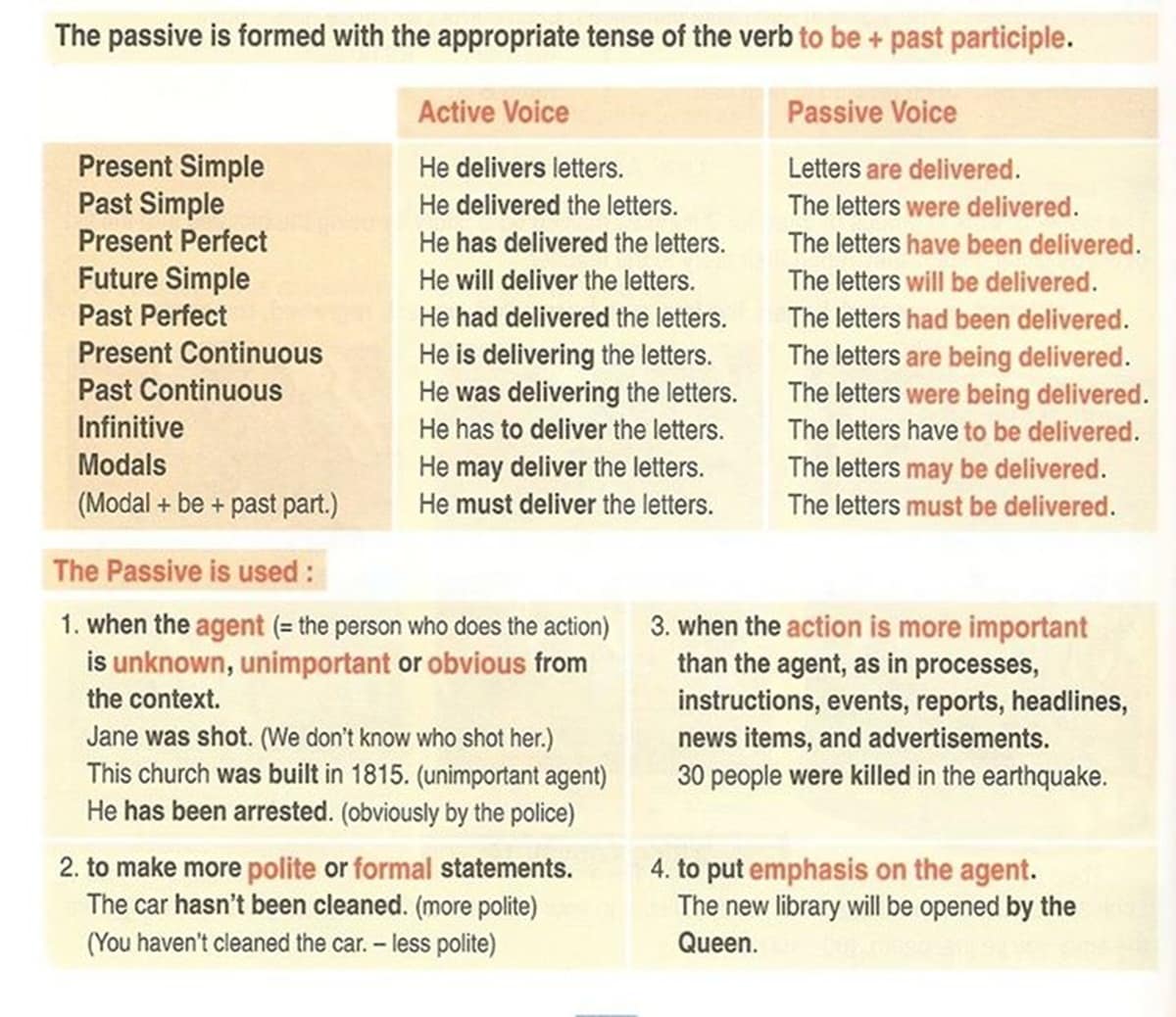 I want to learn English

I need proved my speak English

I want to learn English..

I am learning English and this tips are greats. Thank you so much.

I love the topic it’s really interesting and I appreciate the effort of the person that wrote the page .More strength in Jesus name .Amen