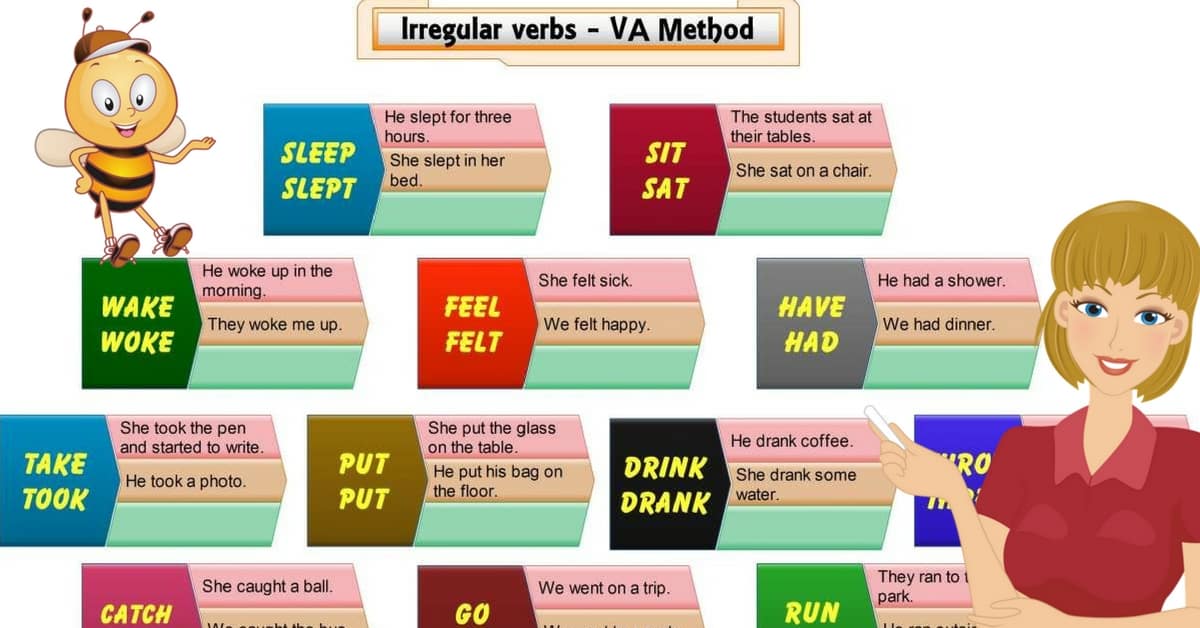 The English language has a large number of irregular verbs. In most cases, the irregularity concerns the past tense (also called preterite) or the past participle.

The other inflected parts of the verb – the third person singular present indicative in V(s)/V(es), and the present participle and gerund form (V-ing) are formed regularly in most cases. There are a few exceptions: the verb be has irregular forms throughout the present tense; the verbs have, do and say have irregular -(e)s forms; and certain defective verbs (such as the modal auxiliaries) lack most inflection.

The irregular verbs include many of the most common verbs: the dozen most frequently used English verbs are all irregular. New verbs (including loans from other languages, and nouns employed as verbs, such as to facebook) follow the regular inflection, unless they are compound formations from an existing irregular verb (such as housesit, from sit).

Irregular verbs in Modern English typically derive from verbs that followed more regular patterns at a previous stage in the history of the language. In particular, many such verbs derive from Germanic strong verbs, which make many of their inflected forms through vowel gradation, as can be observed in Modern English patterns such as sing–sang–sung. The regular verbs, on the other hand, with their preterites and past participles ending in -ed, follow the weak conjugation, which originally involved adding a dental consonant  (-t  or-d). Nonetheless, there are also many irregular verbs that follow or partially follow the weak conjugation. 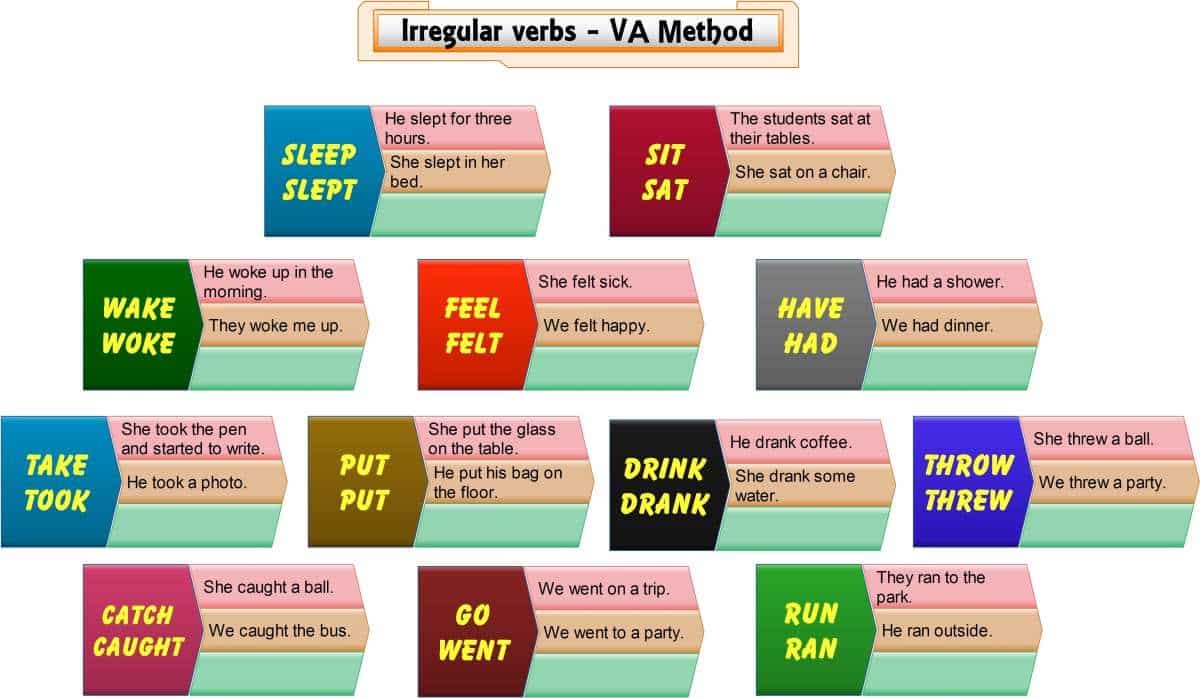 Groups of Irregular Verbs in English

These can be broadly grouped into two classes – the Germanic weak and strong groups – although historically some verbs have moved between these groups. There are also a few anomalous cases: the verbs be and go, which demonstrate suppletion; the verb do; and the defective modal verbs.

A large number of the irregular verbs derive from Germanic strong verbs, which display the vowel shift called ablaut, and do not add an ending such as -ed or -t for the past forms. These sometimes retain past participles with the ending  -[e]n, as in give–gave–given and  ride–rode–ridden, but in other cases this ending has been dropped, as in come–came–come and  sing–sang–sung. This verb group was inherited from the parent Proto-Germanic language, and before that from the  Proto-Indo-European language. It was originally a system of regular verbs, and in Old English  and modern German  the system remains more or less regular; however in Modern English relatively few verbs continue to follow such a pattern, and they are classed as irregular.

Some other irregular verbs derive from Germanic weak verbs, forming past tenses and participles with a -d or -t ending (or from originally strong verbs that have switched to the weak pattern). The weak conjugation is also the origin of the regular verbs in -ed; however various historical sound changes (and sometimes spelling changes) have led to certain types of irregularity in some verbs. The main processes are as follows (some verbs have been subject to more than one of these).

The irregular weak verbs (being in normal use) can consequently be grouped as follows: 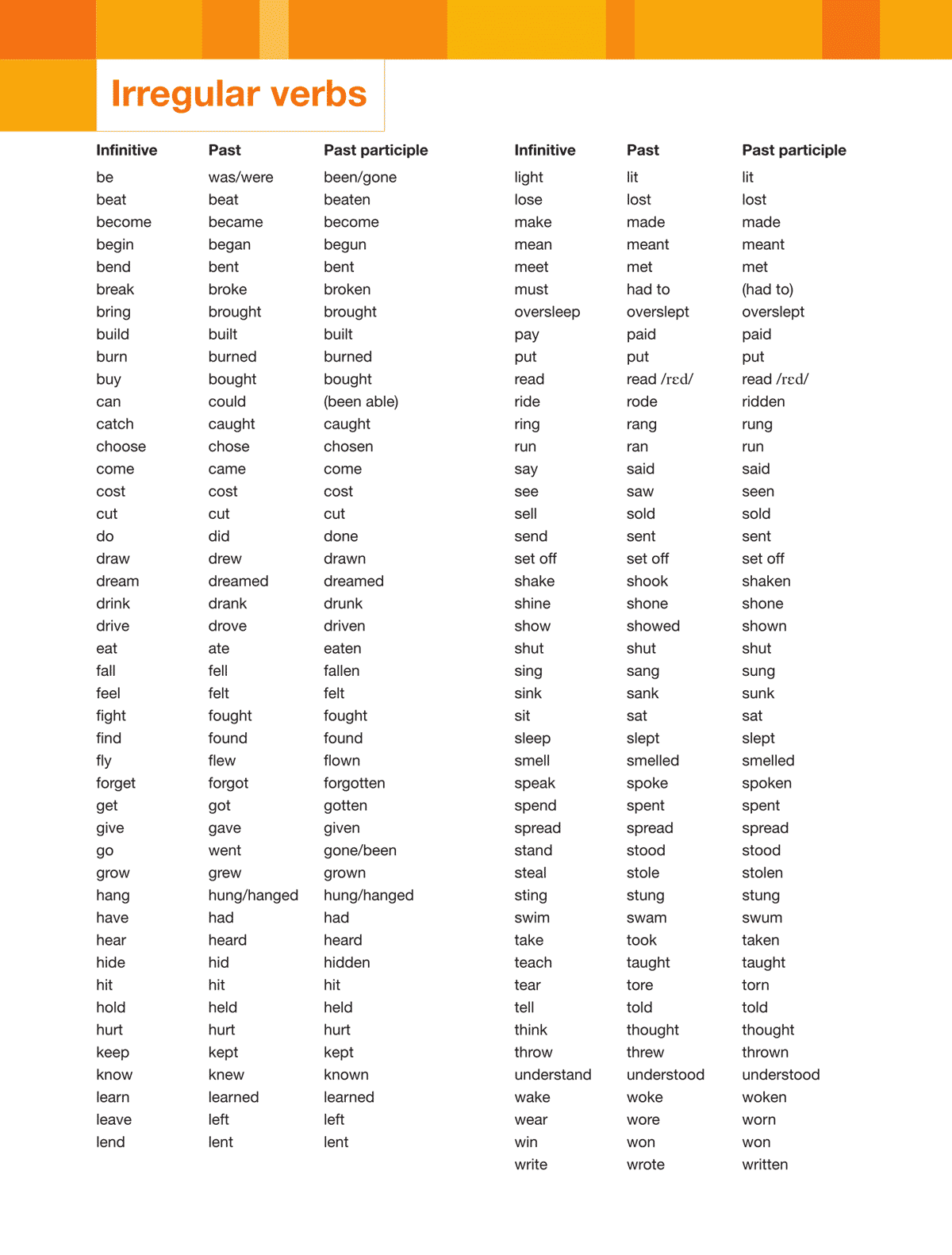 10 Common Verbs that Don’t Change in the Past Tense 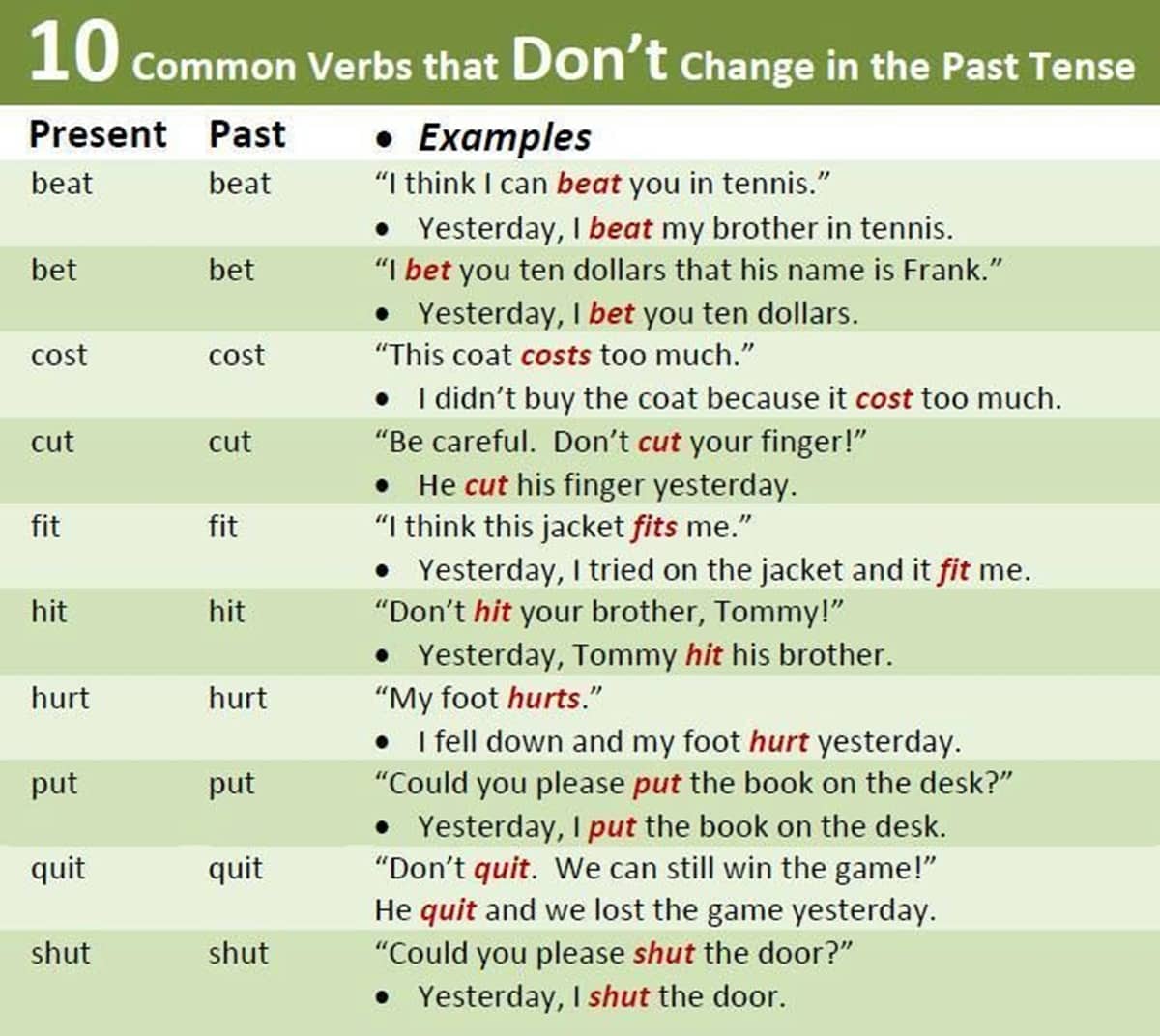