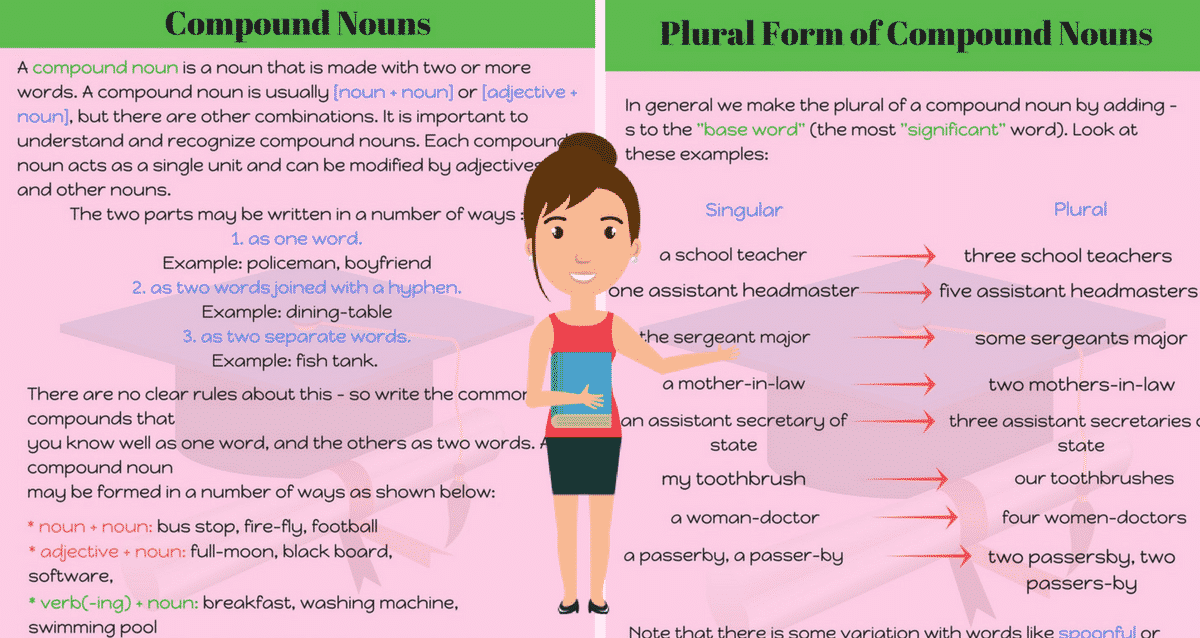 Compound nouns are formed by combining two (or more) words. The two words have different meanings separately. But together they have a new meaning.

What is a Compound Noun?

Most English compound nouns are noun phrases (= nominal phrases) that include a noun modified by adjectives or attributive nouns. Due to the English tendency towards conversion, the two classes are not always easily distinguished. Most English compound nouns that consist of more than two words can be constructed recursively by combining two words at a time. Combining “science” and “fiction”, and then combining the resulting compound with “writer”, for example, can construct the compound “science fiction writer”. Some compounds, such as  salt and pepper or mother-of-pearl, cannot be constructed in this way. 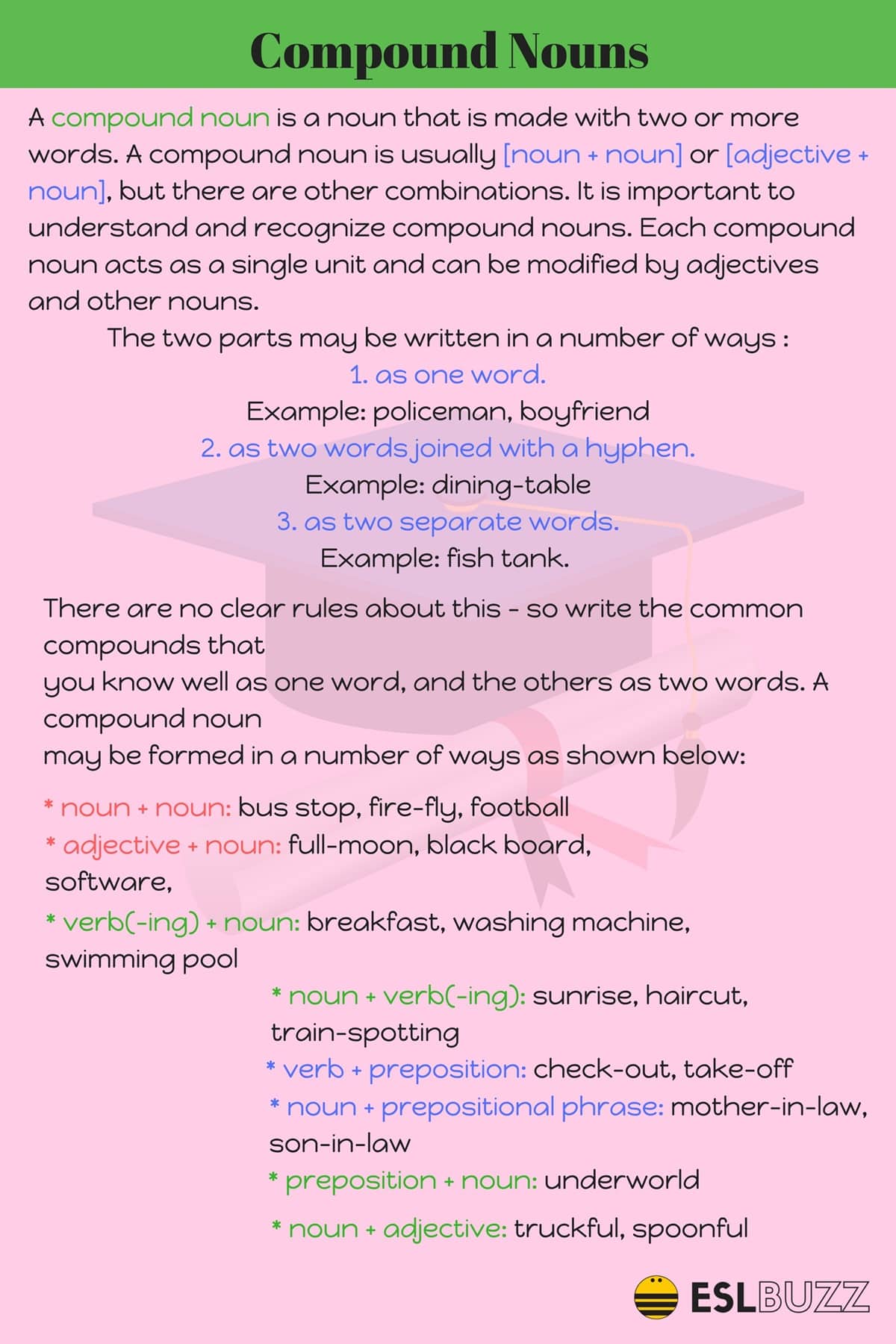 However, this is obscured by the fact that the written representation of long compounds always contains spaces.

Short compounds may be written in three different ways, which do not correspond to different pronunciations, however:

Usage in the US and in the UK differs and often depends on the individual choice of the writer rather than on a hard-and-fast rule; therefore, open, hyphenated, and closed forms may be encountered for the same compound noun, such as the triplets container ship/container-ship/containership and particle board/particle-board/particleboard. 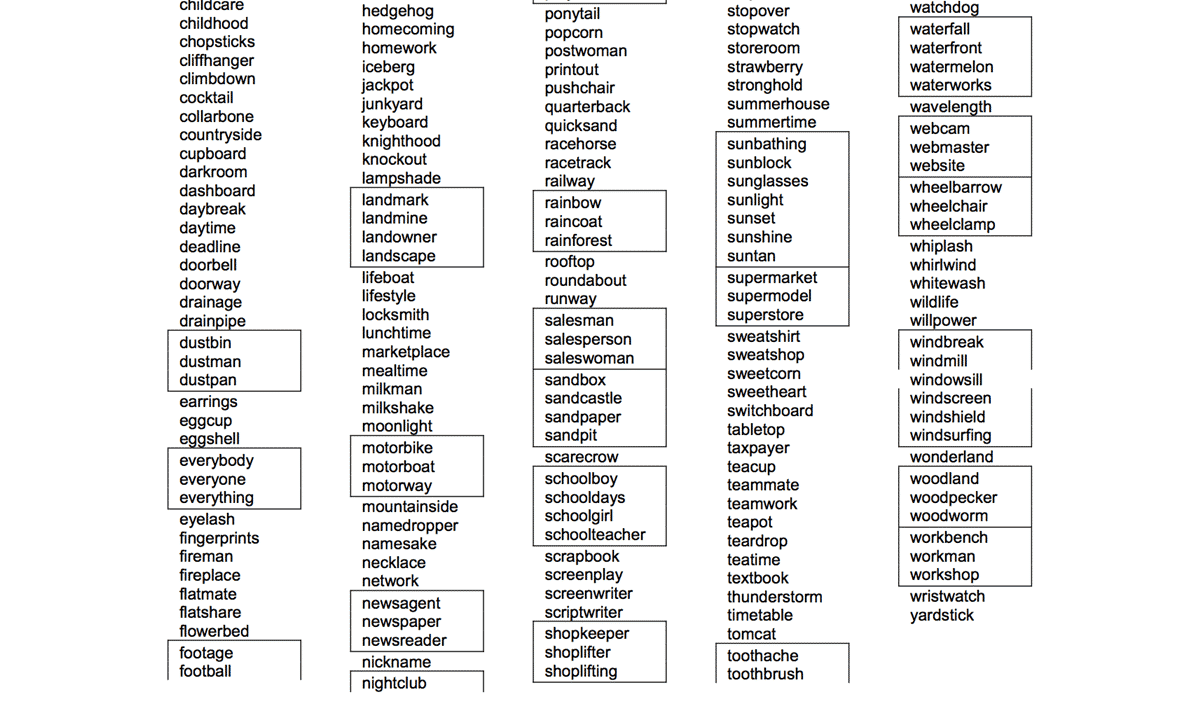 In general we make the plural of a compound noun by adding -s to the “base word” (the most “significant” word). Look at these examples: 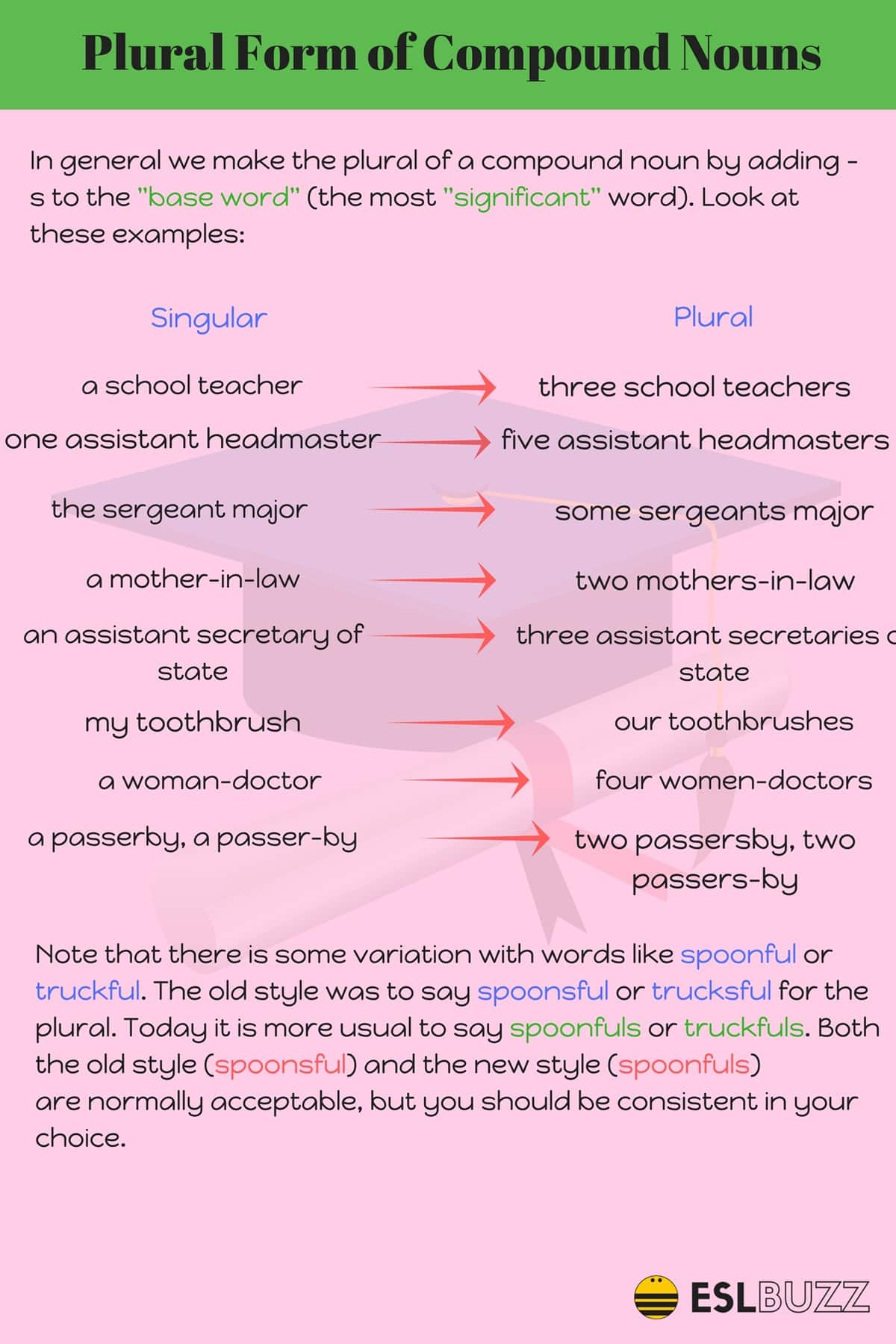