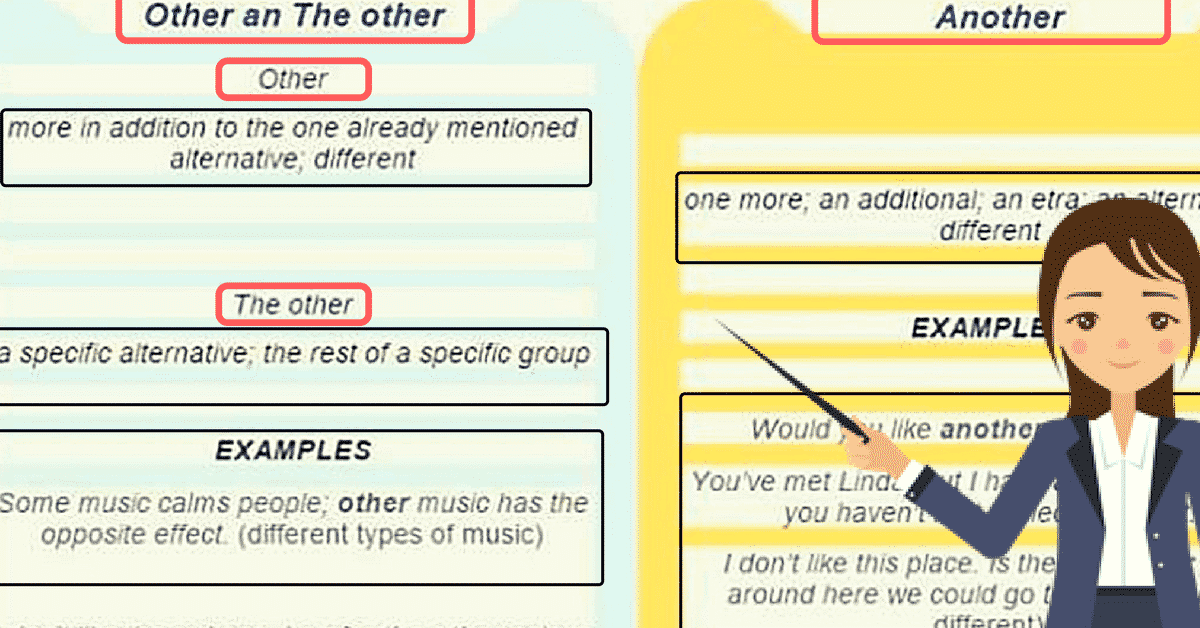 They can be adjectives in sentences

(‘Other’ is describing or qualifying the noun ‘girl.’ So, it’s an adjective.)

(‘Another’ is qualifying ‘girl’ so it’s an adjective; only used with singular nouns because it means ‘one other.’]

[‘Other’ is still an adjective. Adjectives are invariable, so they never change for singular or plural. In this case, ‘girls’ is plural, but ‘other’ doesn’t change because it’s an adjective.]

Other, the other, another are adjectives when they are describing a noun.

They can be pronouns in sentences

In the following sentences we don’t want to repeat the word ‘girl’ so we use a pronoun. If we

refer to one girl we use ‘other’, and if there are more girls we use the plural ‘others.’ ‘Another’

means one more, so it’s only used to replace a singular noun.

(‘The others’ is replacing ‘the other girls,’ so it’s a pronoun. Pronouns change for singular or plural.)

Other, the other, another are pronouns when they are replacing a noun. They can be singular or plural.

Both are pronouns, that is, they stand for a noun. ‘Others’ is more vague, we are not determining how many others, or which other ones. ‘The others’ is more specific; it stands for all the rest. 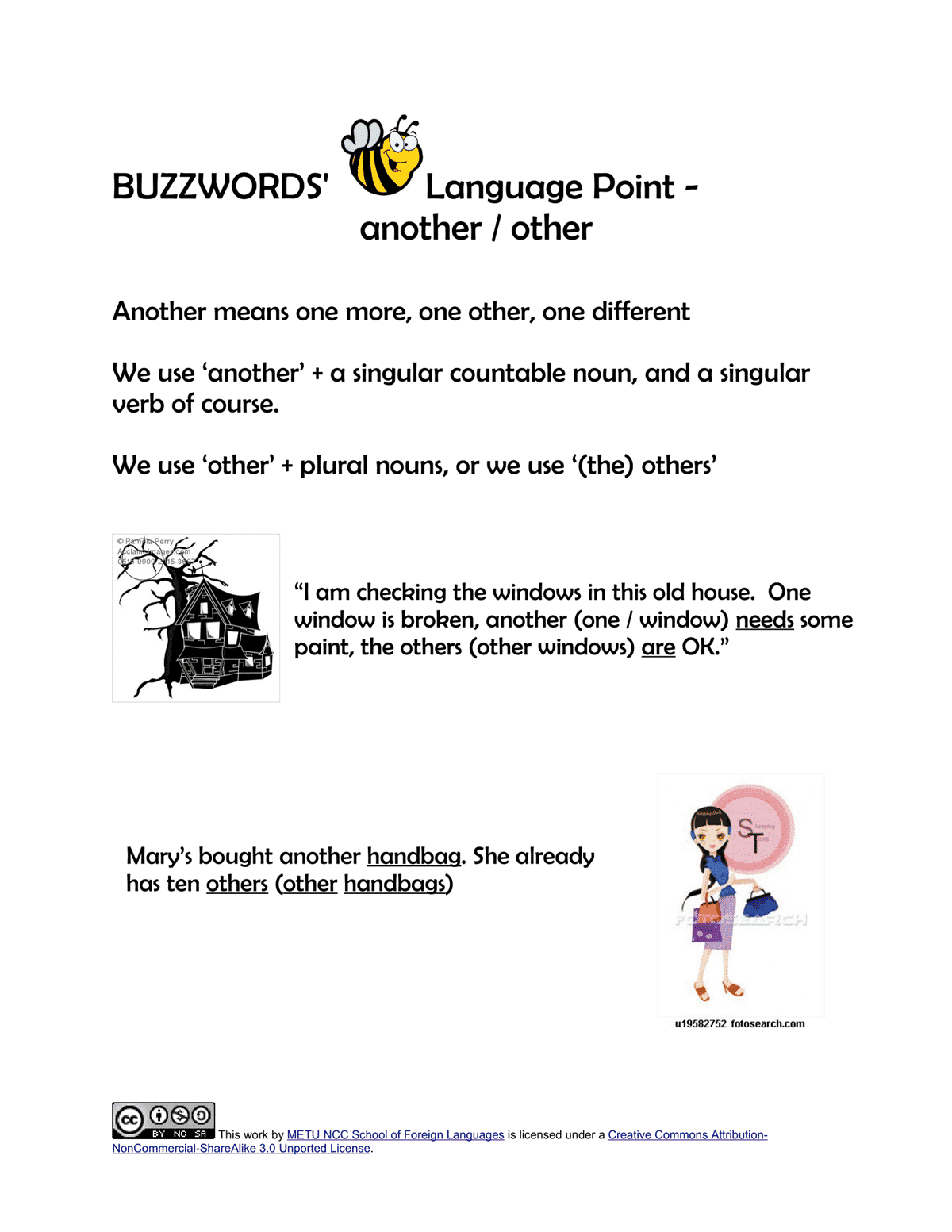 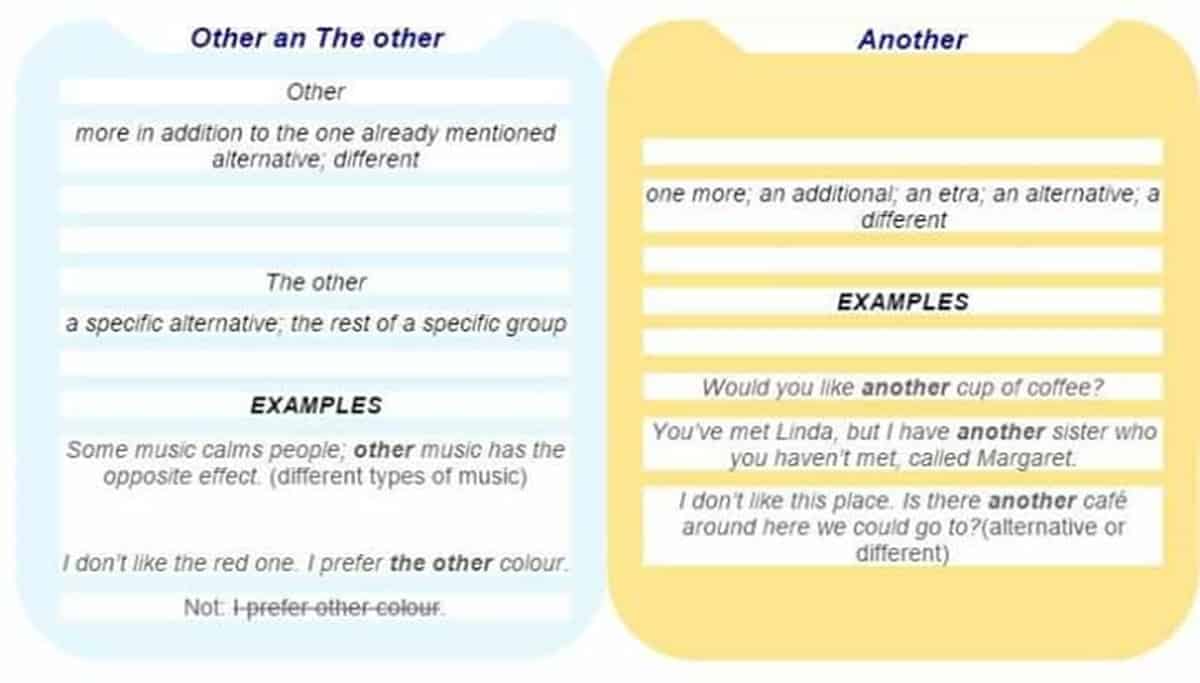 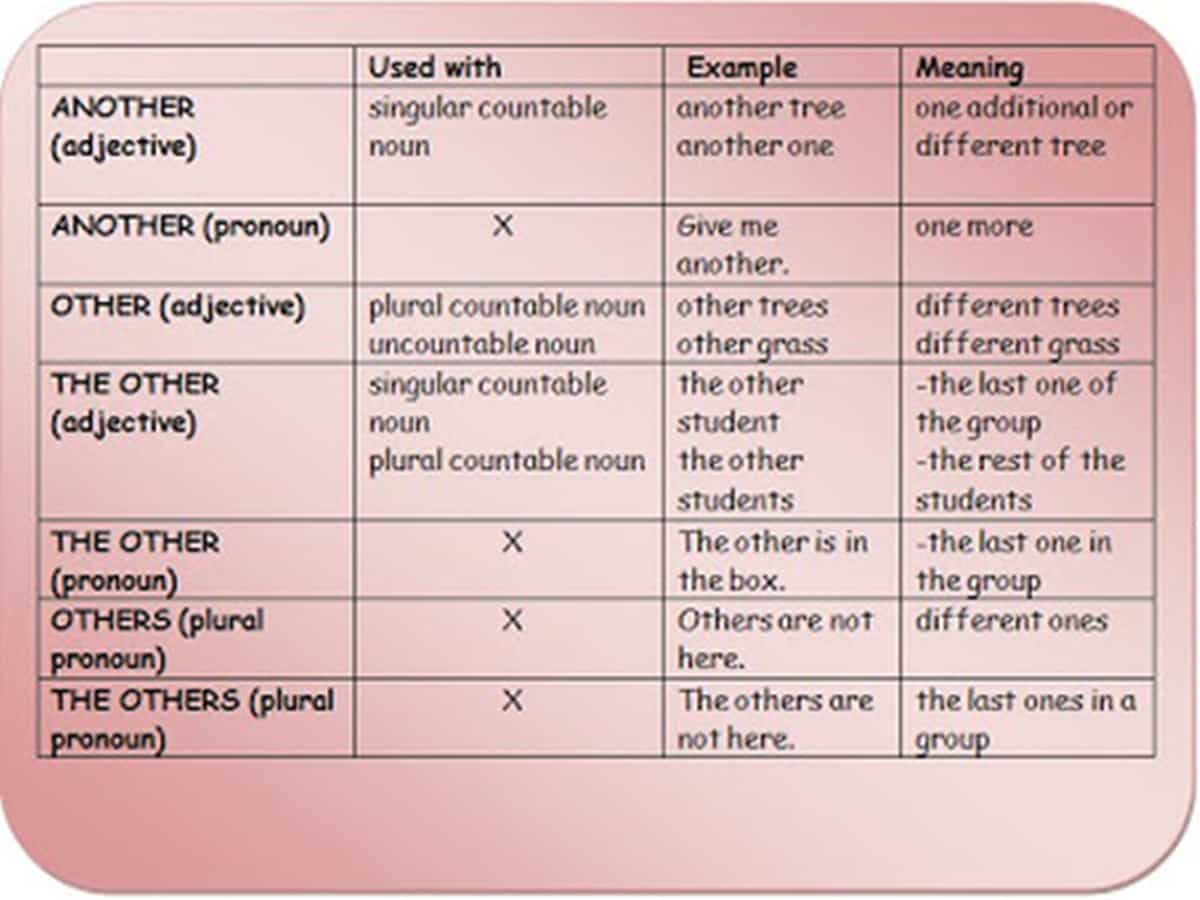 I have questions. He comes here every …. day . a) other b) the other which if them correct and why?

every other day, it is a common expression

Other’s is a possessive. Others with an S at the end and no apostrophy is a plural possessive. so it’s the first option: What the others could have contributed. People often confuse plurals and possessives. Nothing belongs to the “others” so it shouldn’t have an apostrophy.