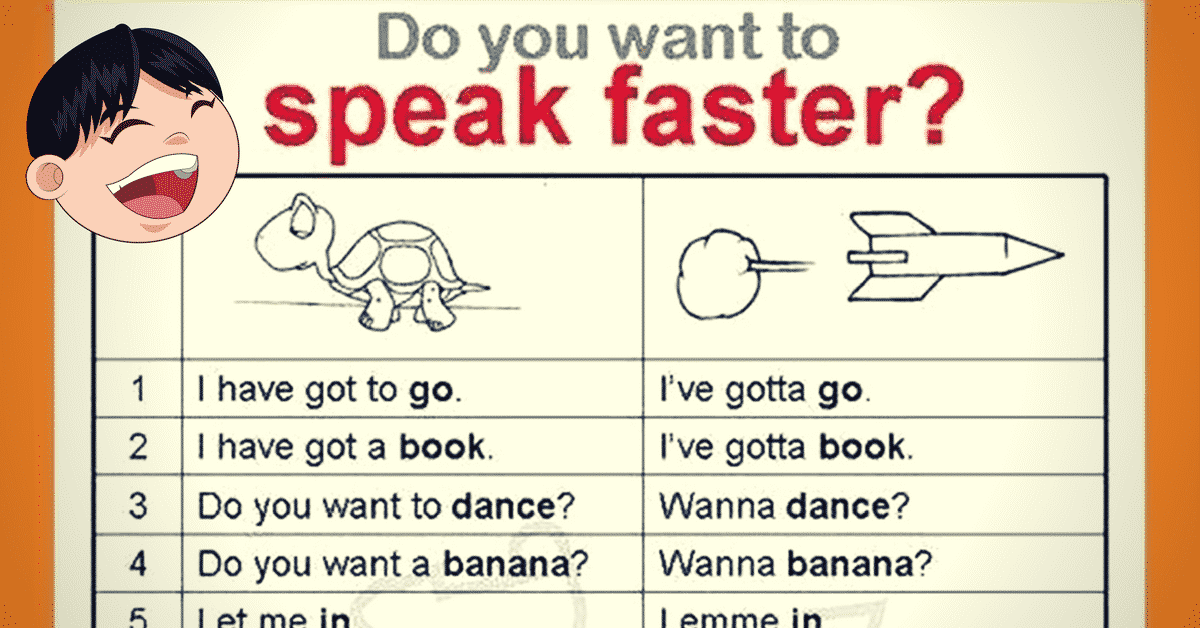 These informal contractions are not “correct” English. Do not use them in a written exam, for example, except in appropriate situations. 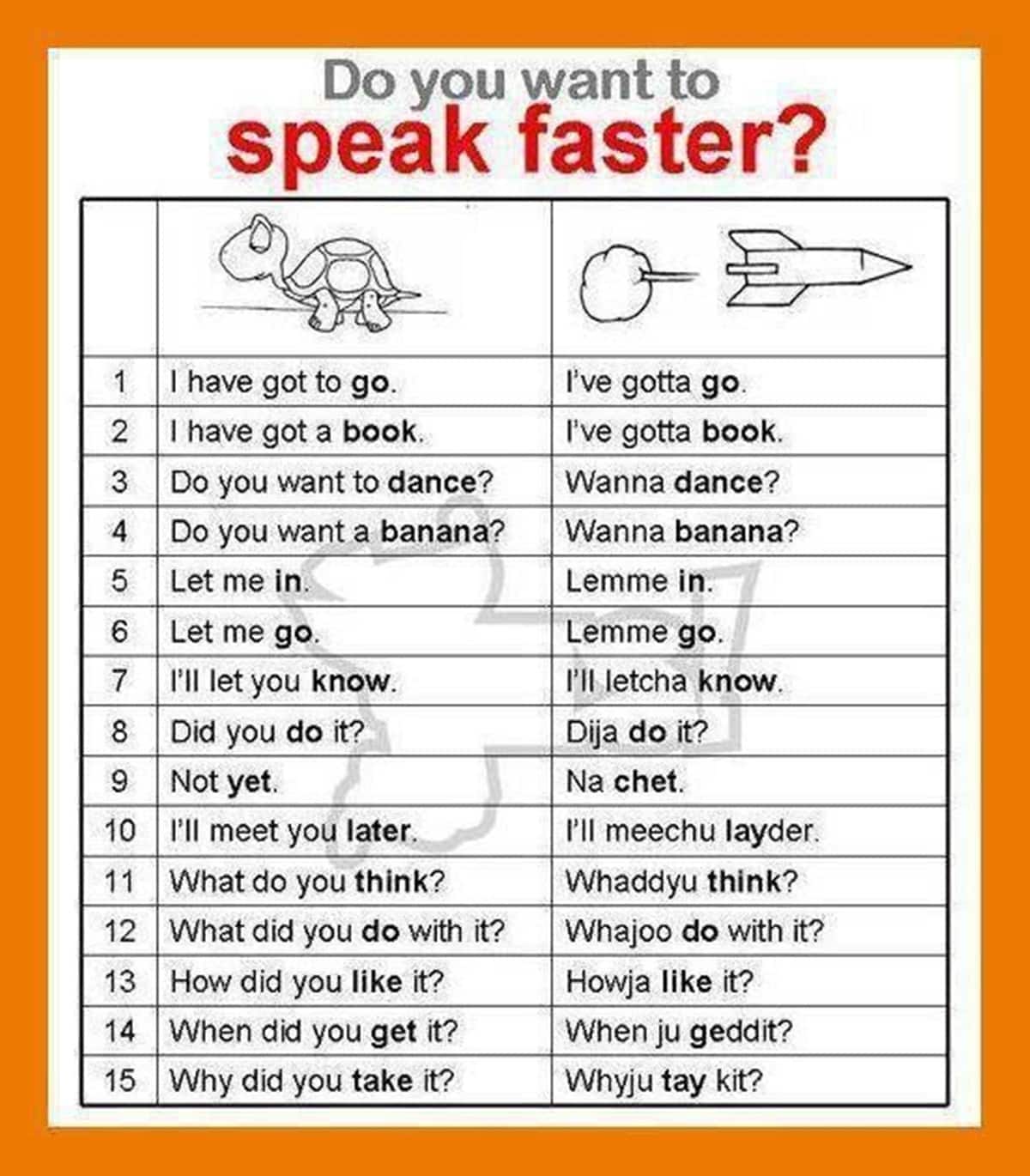 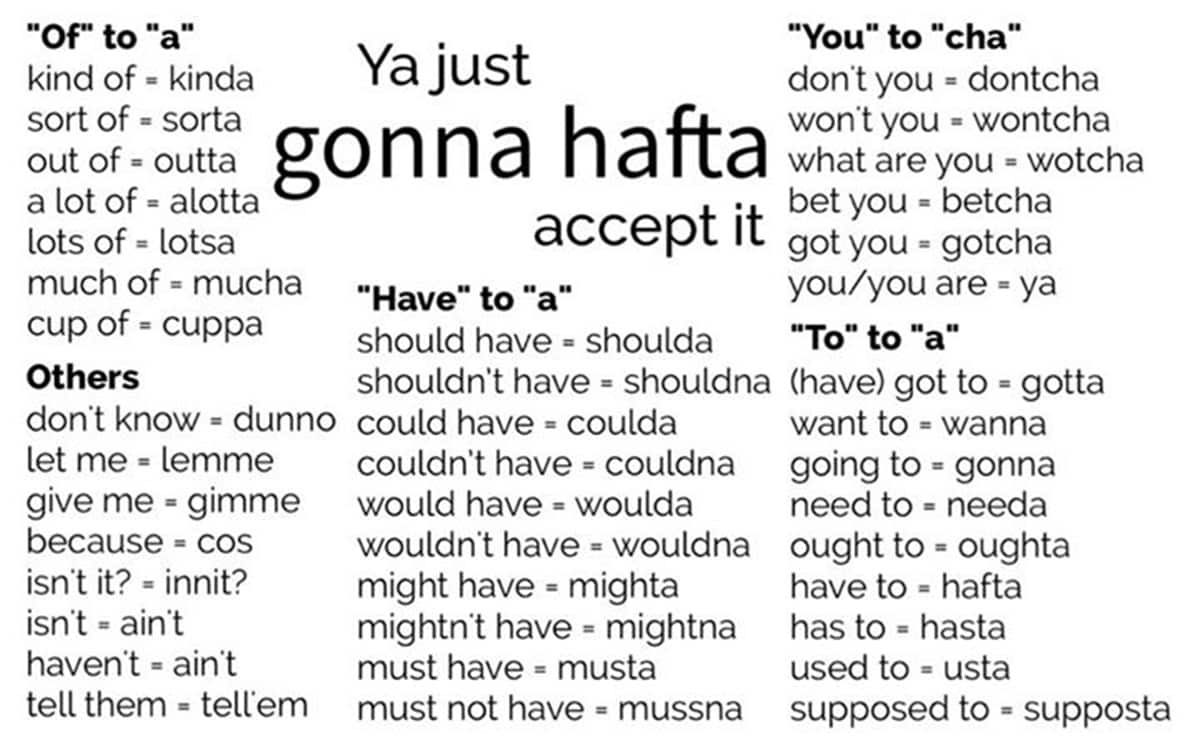 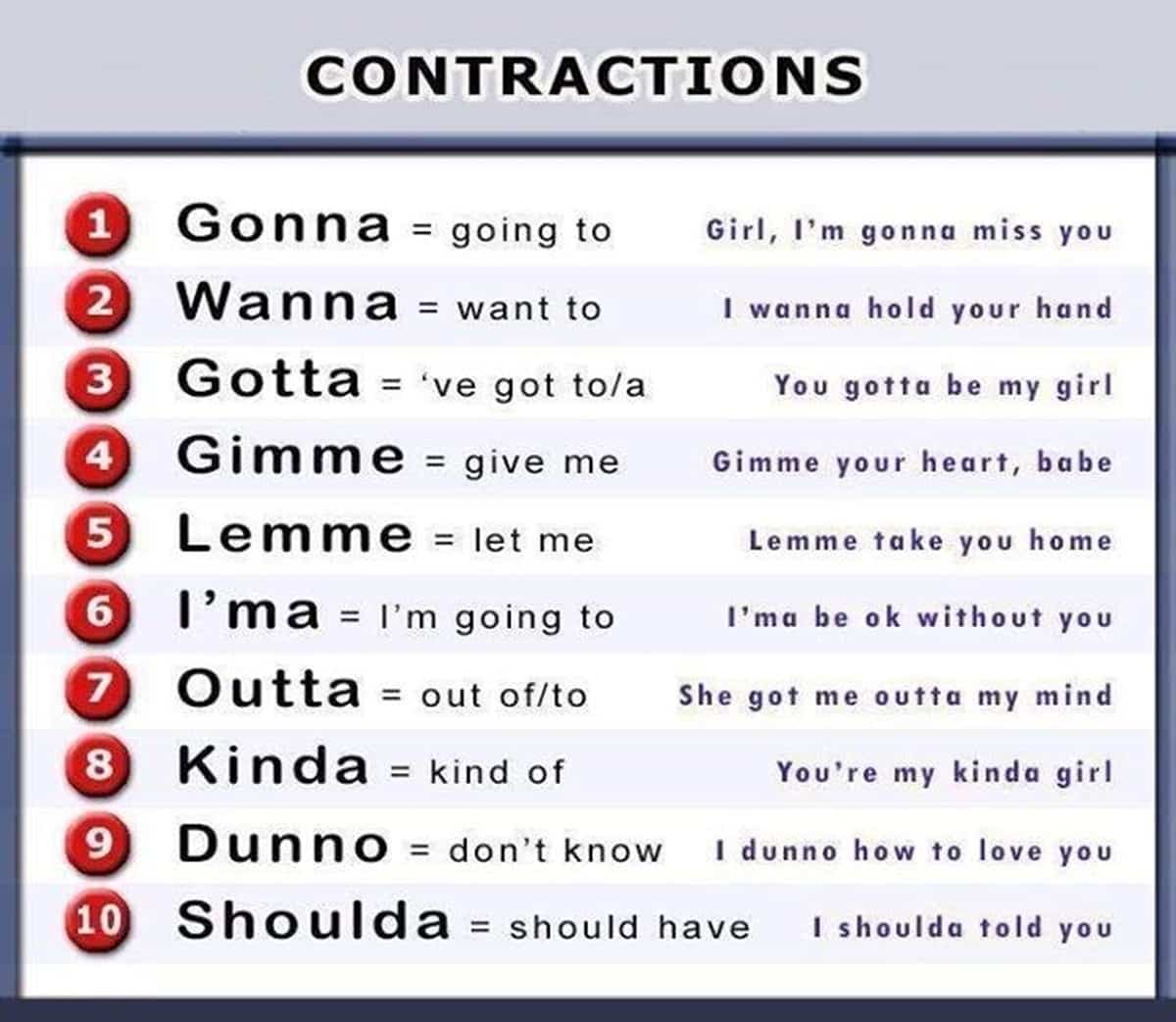 It is very good to perfect of the grammar a English .

Thank you very much great collection

Benefiting posture for every sorts of things

Too much helpful for every needy students

Very useful for me to improve my speaking.

Very useful. Thanks a lot!