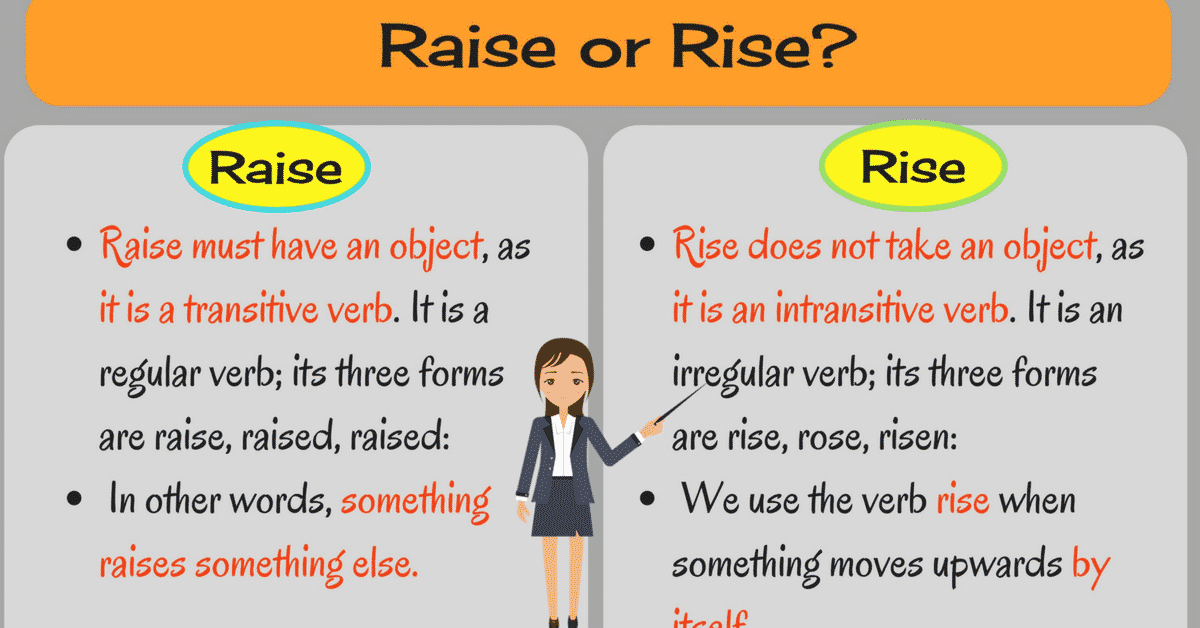 “Work” and “job” are two words that have similar yet different meanings. Although they are used interchangeably, their meanings may differ according to how they are used.

When to Use Job vs Work 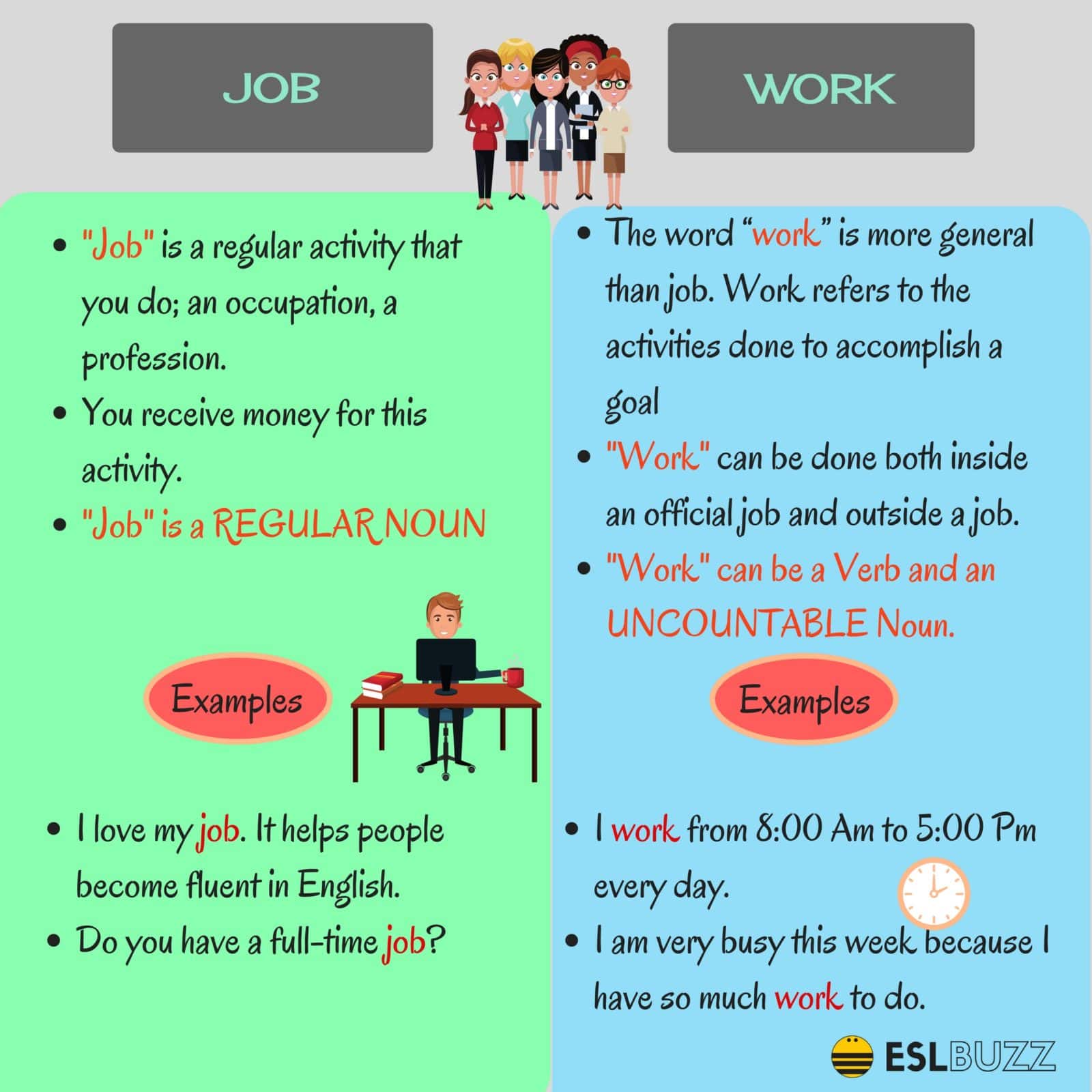 The word “work” is more general than job. Work refers to the activities done to accomplish a goal

The difference between the words Raise vs Rise can be confusing to many individuals, especially those who are trying to learn the English language. This is because both words have basically the same meaning—they refer to something that will go up.

“Raise” must have an object, as it is a transitive verb. It is a regular verb; its three forms are raise, raised, raised:

When to Use Raise vs Rise 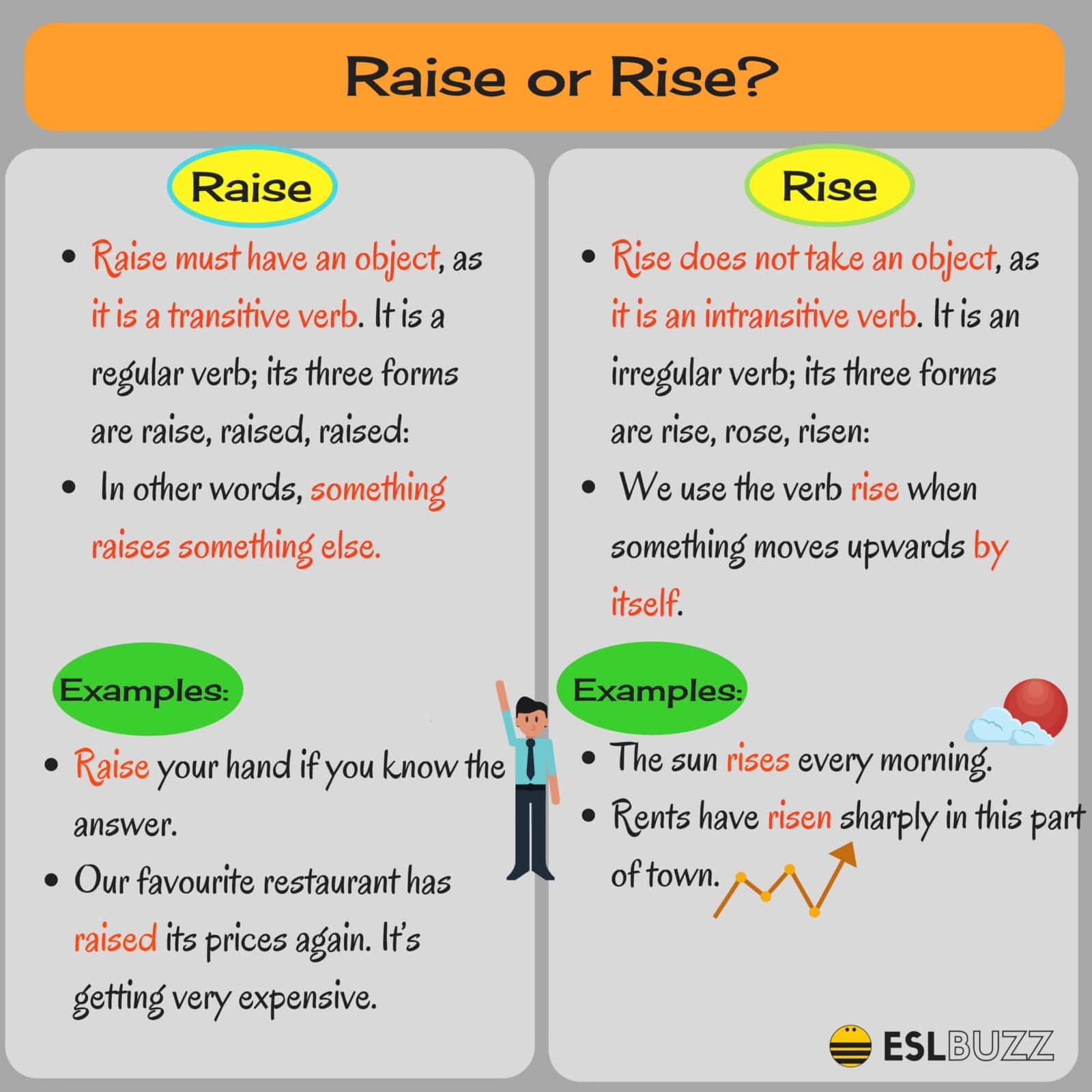 “Rise” does not take an object, as it is an intransitive verb. It is an irregular verb; its three forms are rise, rose, risen: