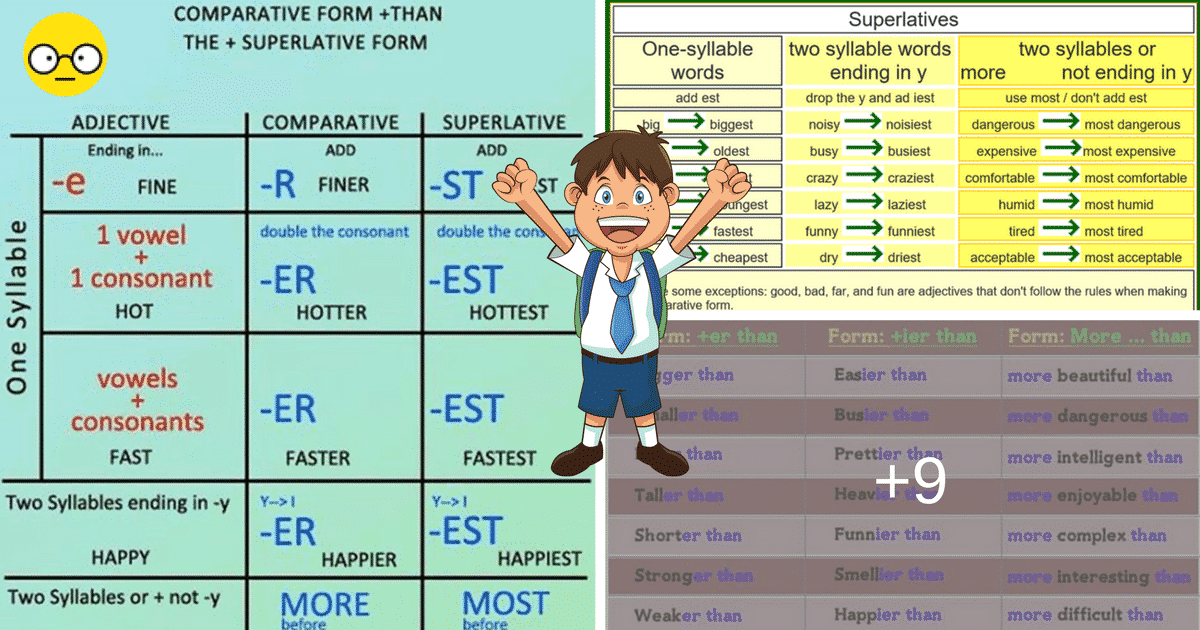 Learn Comparison of Adjectives in English with Pictures and Examples.

Degrees of comparison refer to adjectives being written in different forms to compare one, two or more nouns which are words describing persons, places, and things.

The three different forms of comparison are the positive, the comparative and the superlative.

Comparison of Adjectives in English

The Comparative Form of Adjectives

The comparative form is used to compare two people, ideas, or things.

Adjectives with one syllable:

3. Ending in a vowel + a consonant: double the consonant, add “er”

Adjectives with two syllables and the following endings:

How to use the Comparative form in Sentences:

The Superlative Form of Adjectives

The superlative is used to say what thing or person has the most of a particular quality within a group or of its kind.

Adjectives with one syllable:

3. Ending in a vowel + a consonant: double the consonant, add “est”

Adjectives with two syllables and the following endings:

Adjectives with three syllables or more: most + adjective

How to use the Superlative form in Sentences:

The Positive Form of Adjectives

The positive form is used in cases where there are no differences between the two compared things or persons. To form the positive, we use the word as before and after the absolute form of the adjective.

How to use the Positive form in Sentences:

Irregular Forms in Comparison of Adjectives

dear ladies and gentlemen would please tell me the meaning of: equallty?

equality means state of being equal