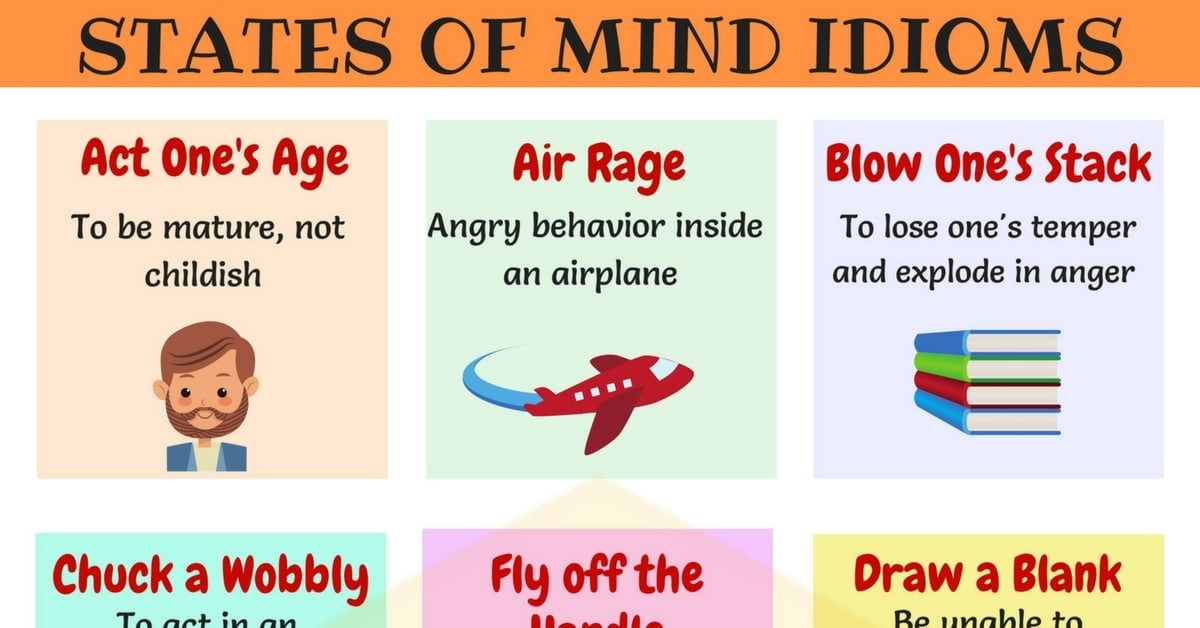 Learn useful Idioms to Express Feelings and Emotions in English with meaning and examples.

Meeting of the Minds

Scare the Living Daylights out of Someone

Out of Sight, Out of Mind

Not Playing with a Full Deck

Note: “A few bricks short of a load” is one of many variants.

Bang One’s Head Against the Wall (Against a Brick Wall)

Mad as a Hatter

Note: This is rare in the USA.

Fly off the Handle

Drive Someone Up the Wall

Note: Some people also say “drives me up a wall.”

Down in the Dumps

Note: You can also say “throw a wobbly.”

At the End of One’s Rope (Tether) 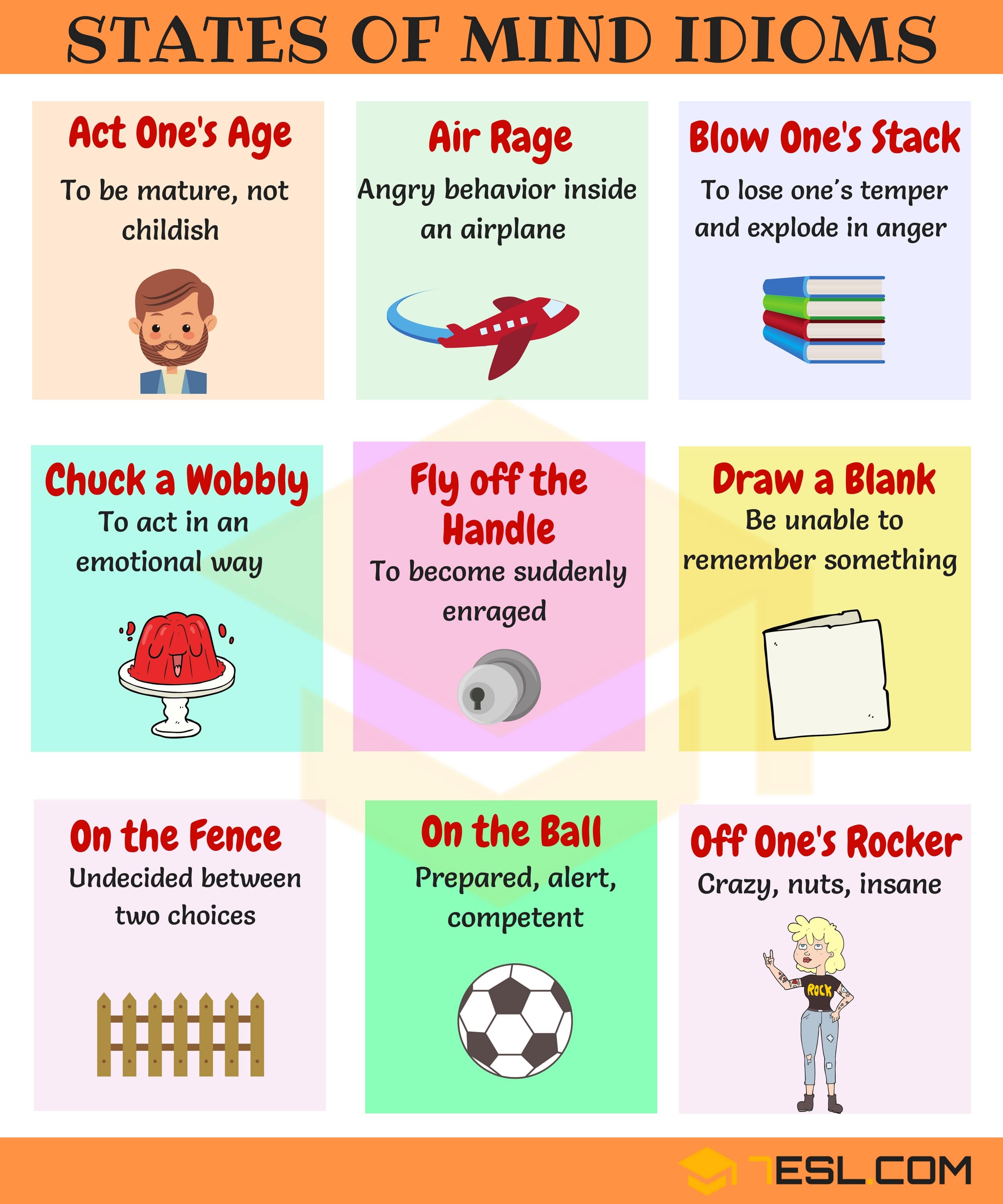 Idioms (and slang in a way) are salt’n’pepper of a language. Thank you very much for sharing!