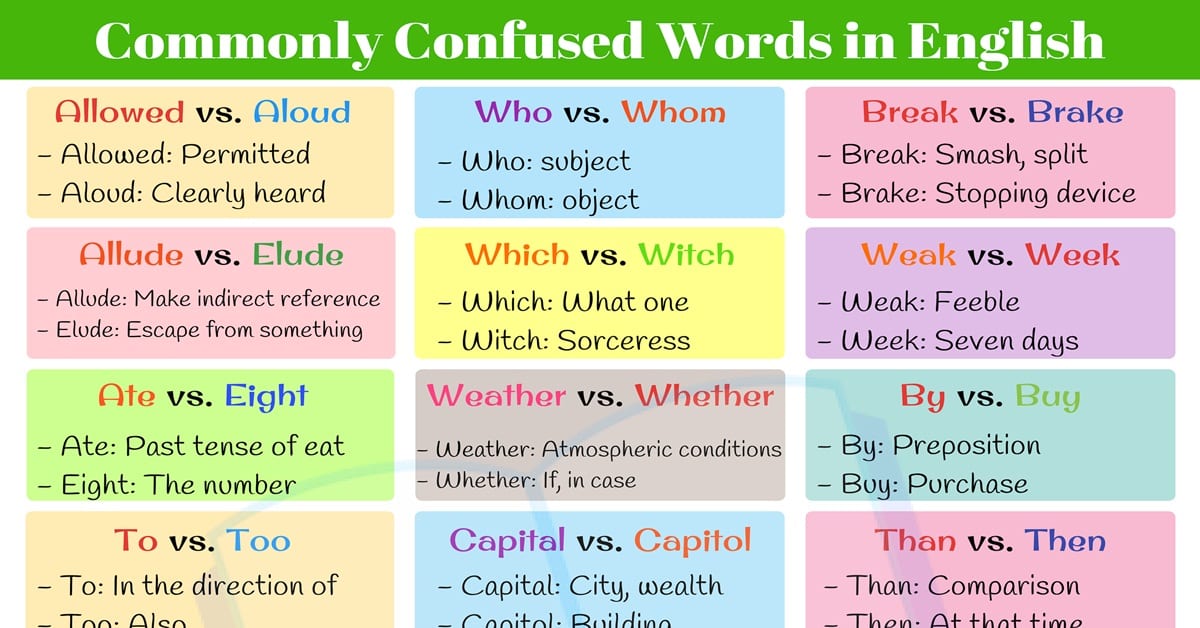 It’s hard to deny the fact that the English language has a lot of commonly confused words. They either look alike, sound alike or, worst of all, look and sound alike (but have completely different meanings). Here is a collection of some of the commonly misused words that you often encounter.

What is the difference between To vs Too?

Examples: She stood up and walked to the window.

Examples: Are you ready to start?

Examples: I ate too quickly and got hiccoughs. 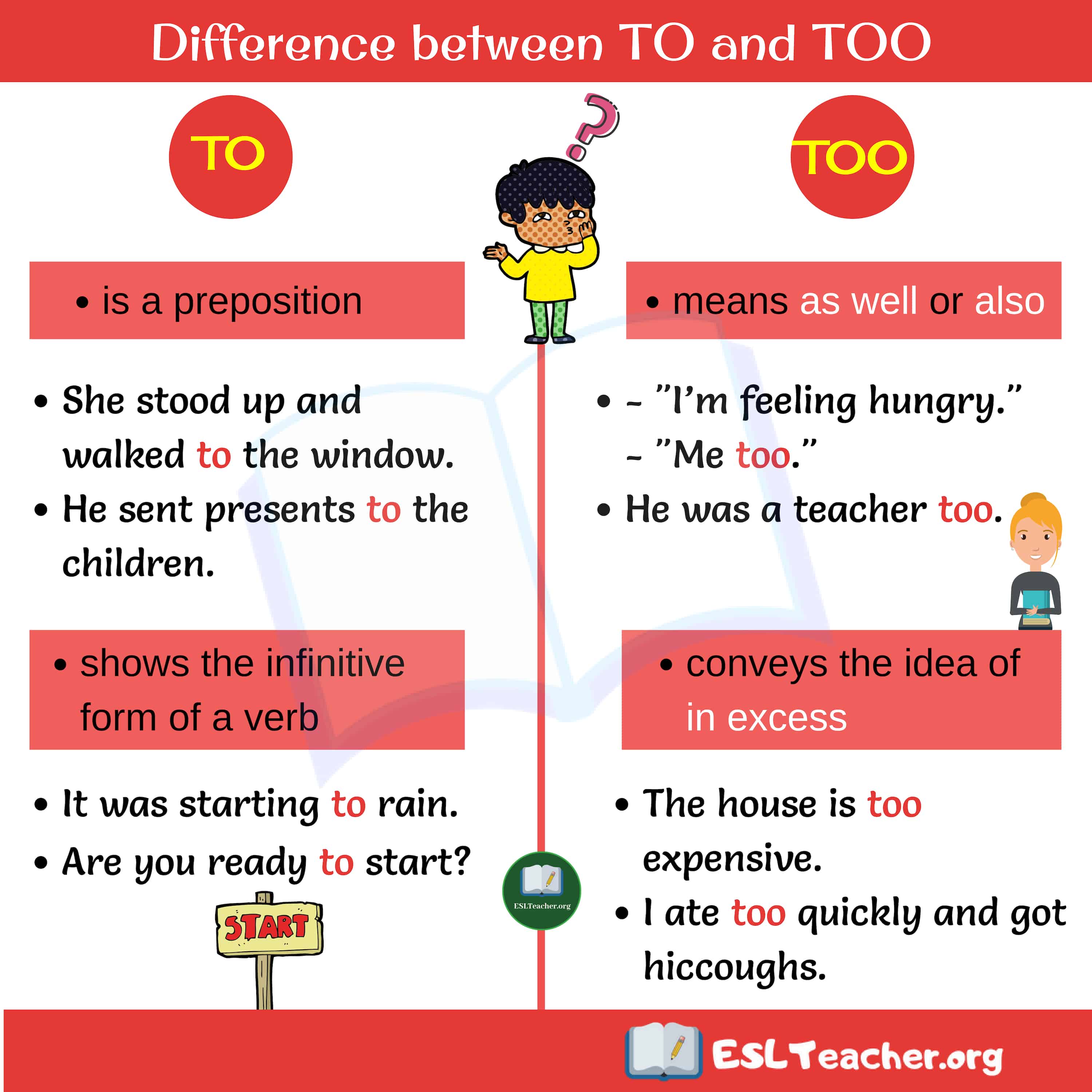 The difference between who vs whom in English.

Examples: Who are you?

Examples: I met a man with whom I used to work. 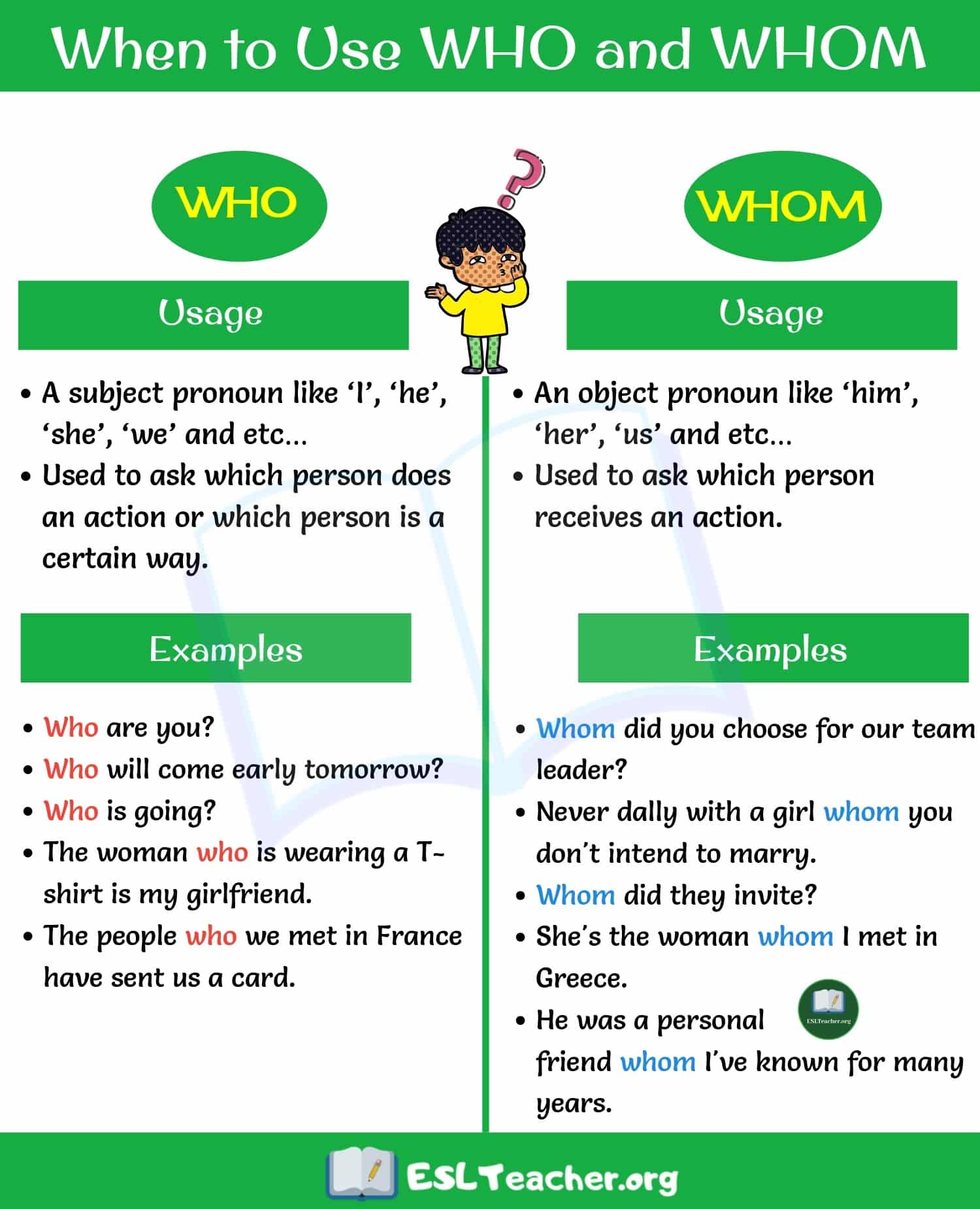 How to use Just vs Already correctly?

Means “even”, “something has happened earlier”

Means “just before”, “a short time ago” 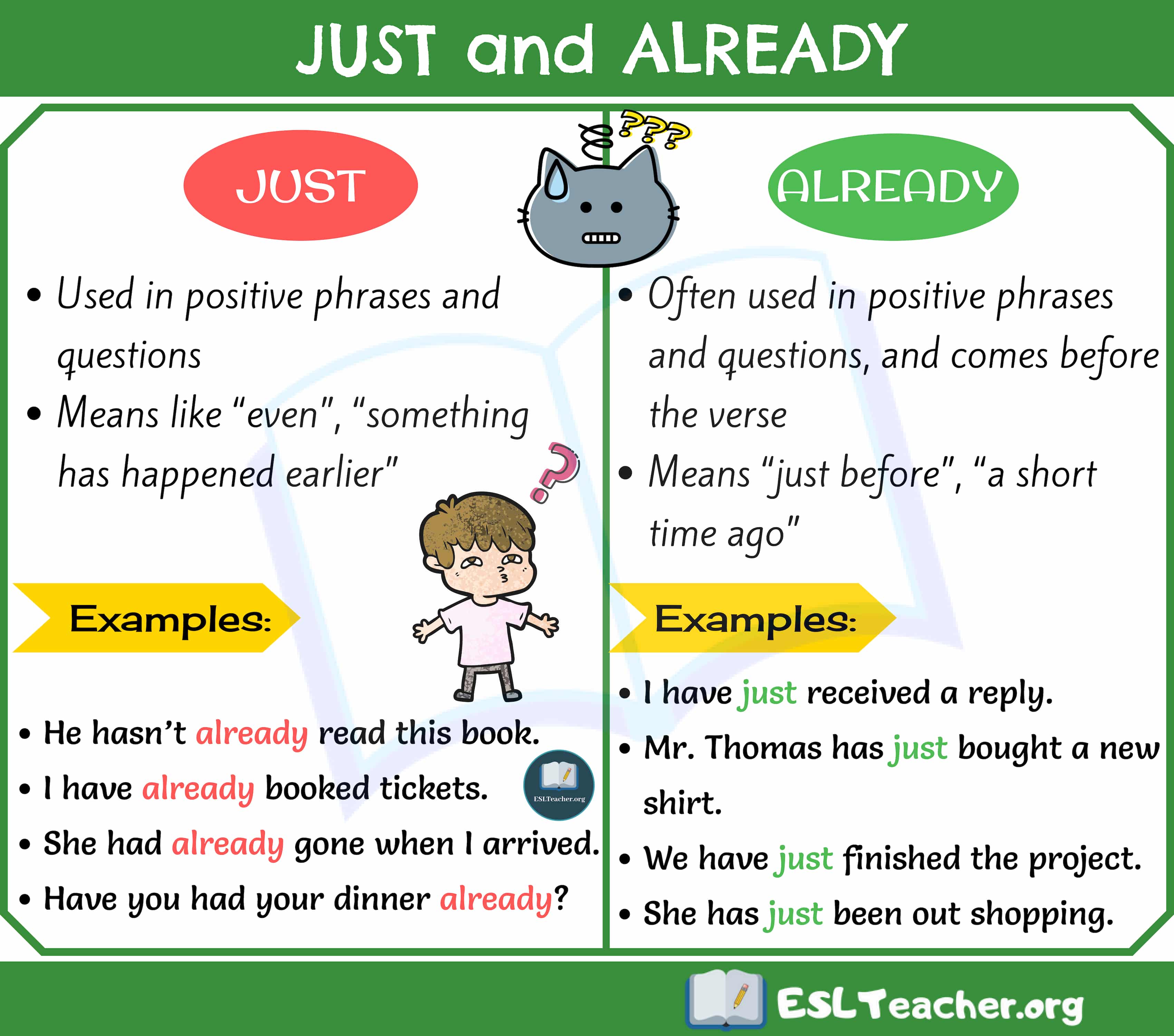 What’s the difference between Less vs Fewer?

Examples: We must try to spend less money. 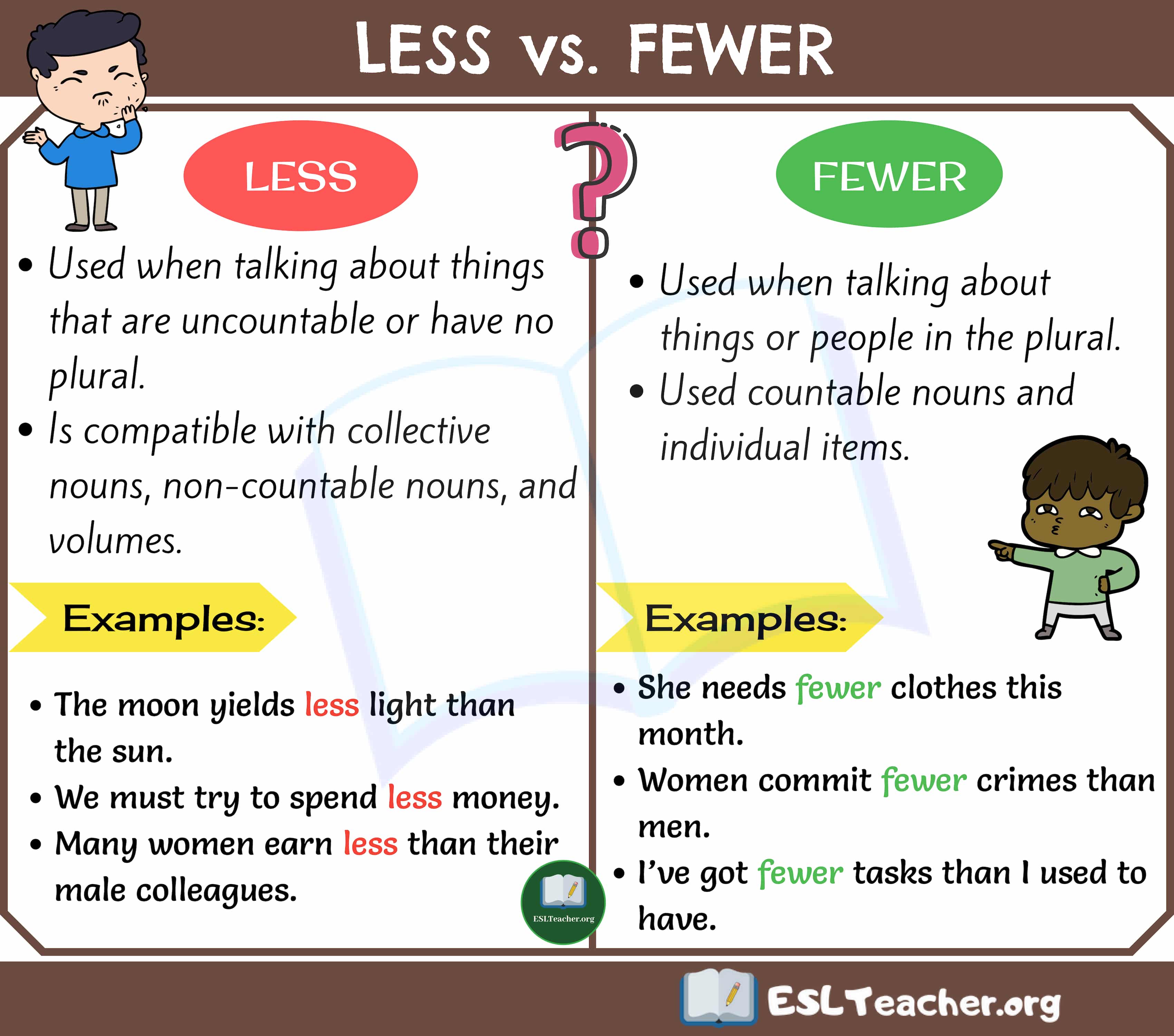 How to Use Much vs Many Correctly?

Examples: I don’t have much money.

Examples: How many people were there at the concert? 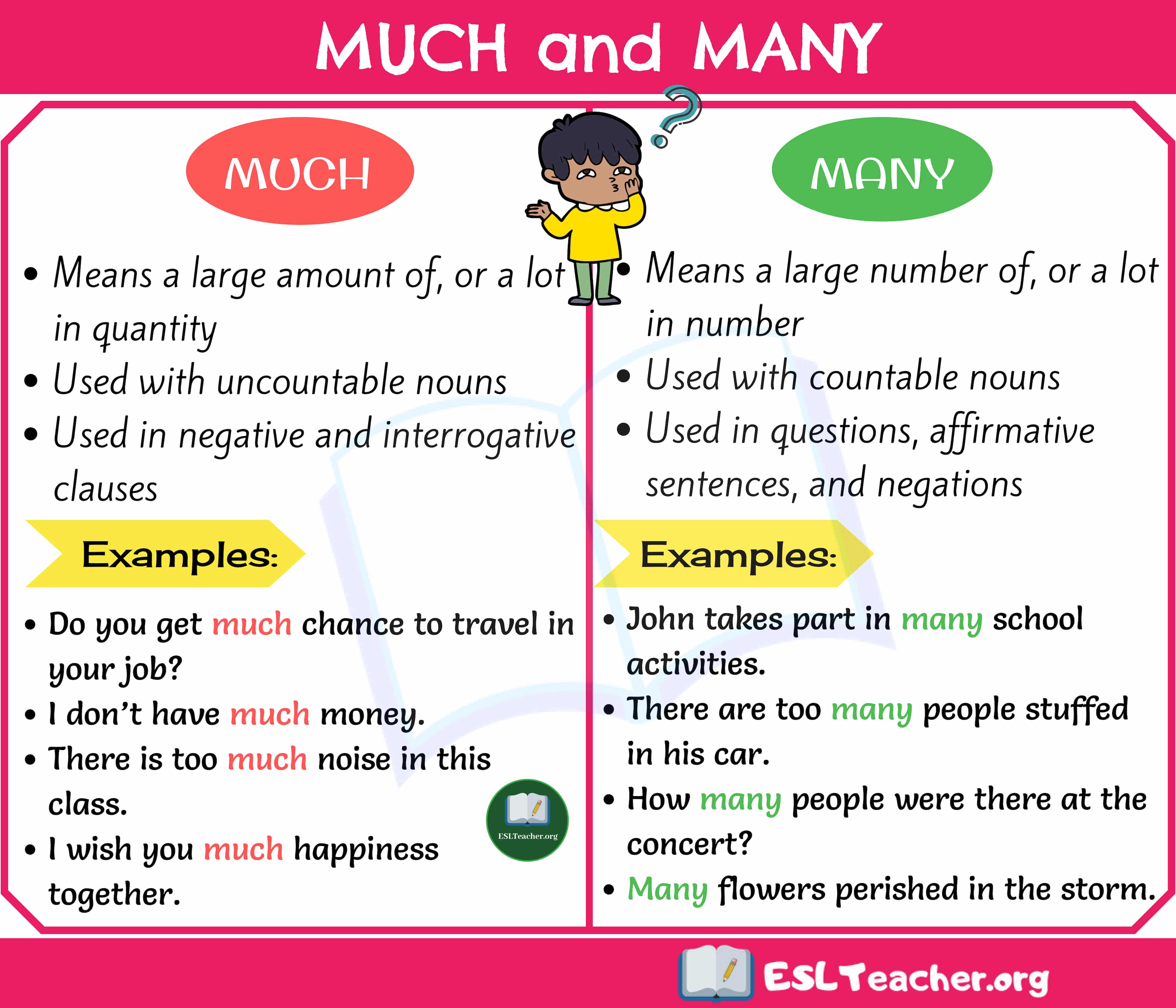 Differences between Some vs Any in English.

Examples: He has bought some tropical fruits.

Examples: Do you have any tickets for the concert? 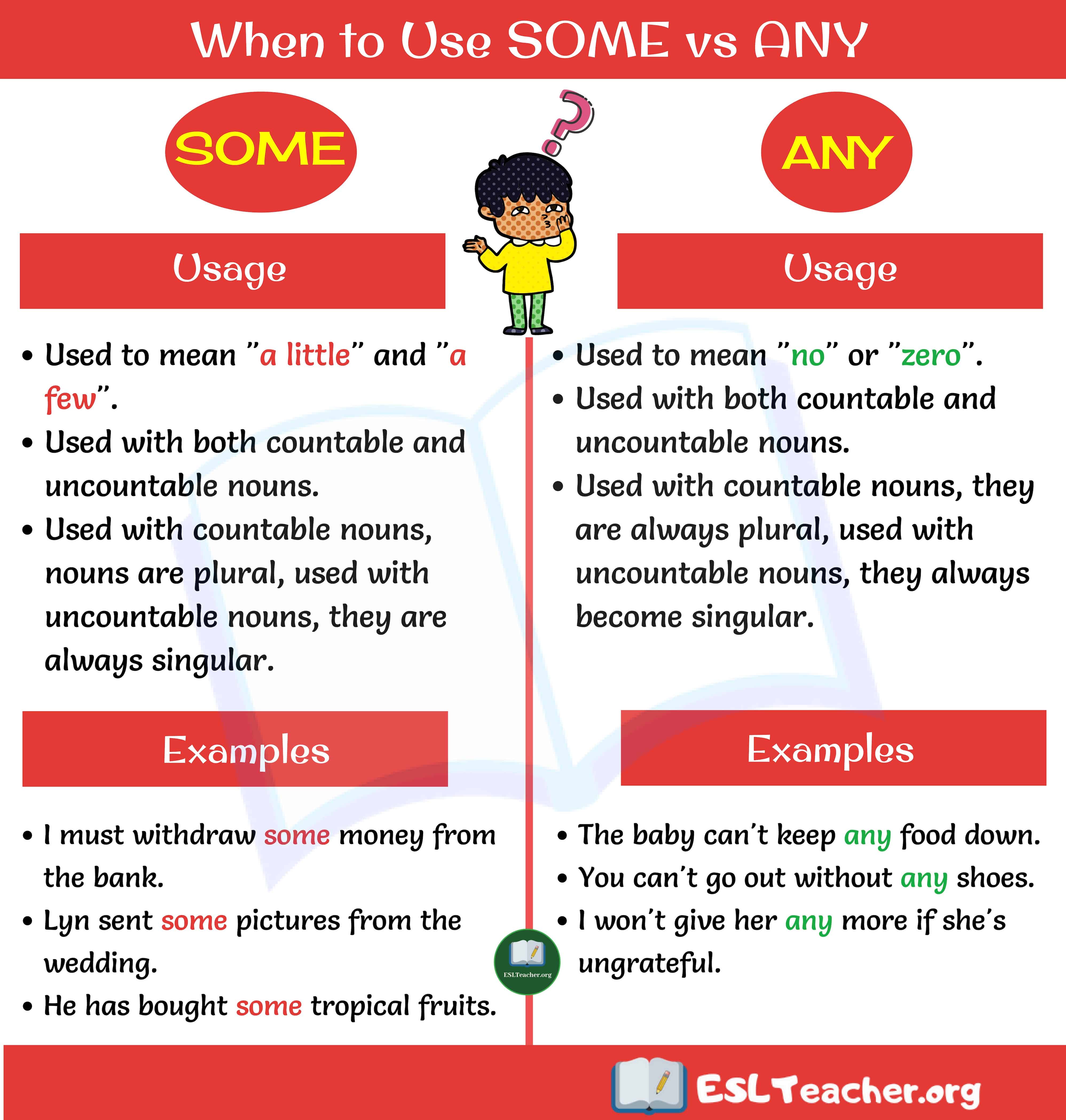 Learn the differences between Despite vs Although.

Examples: Despite all the difficulties, he still remains optimistic.

Examples: Although she often disagreed with me, she was always courteous. 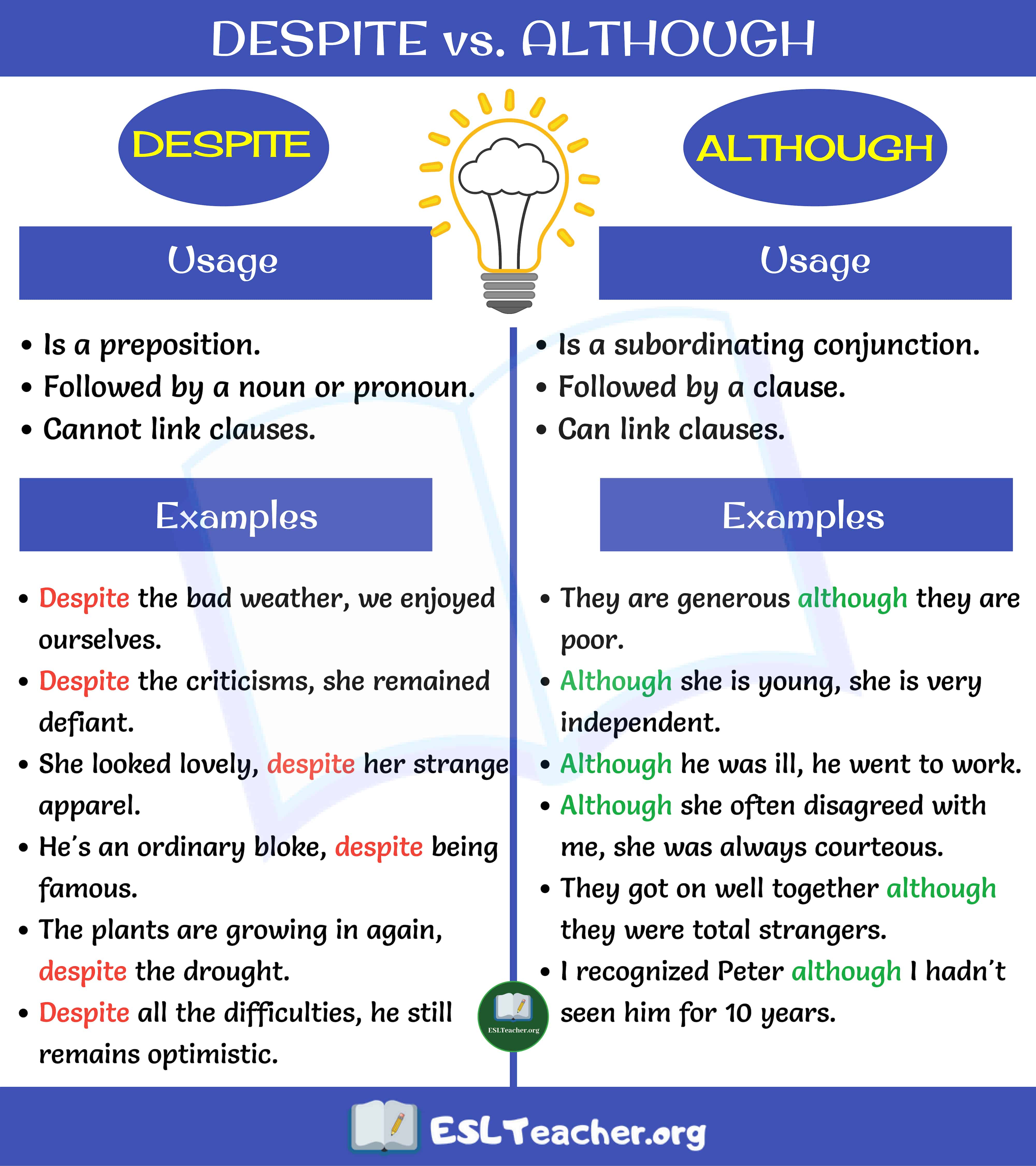 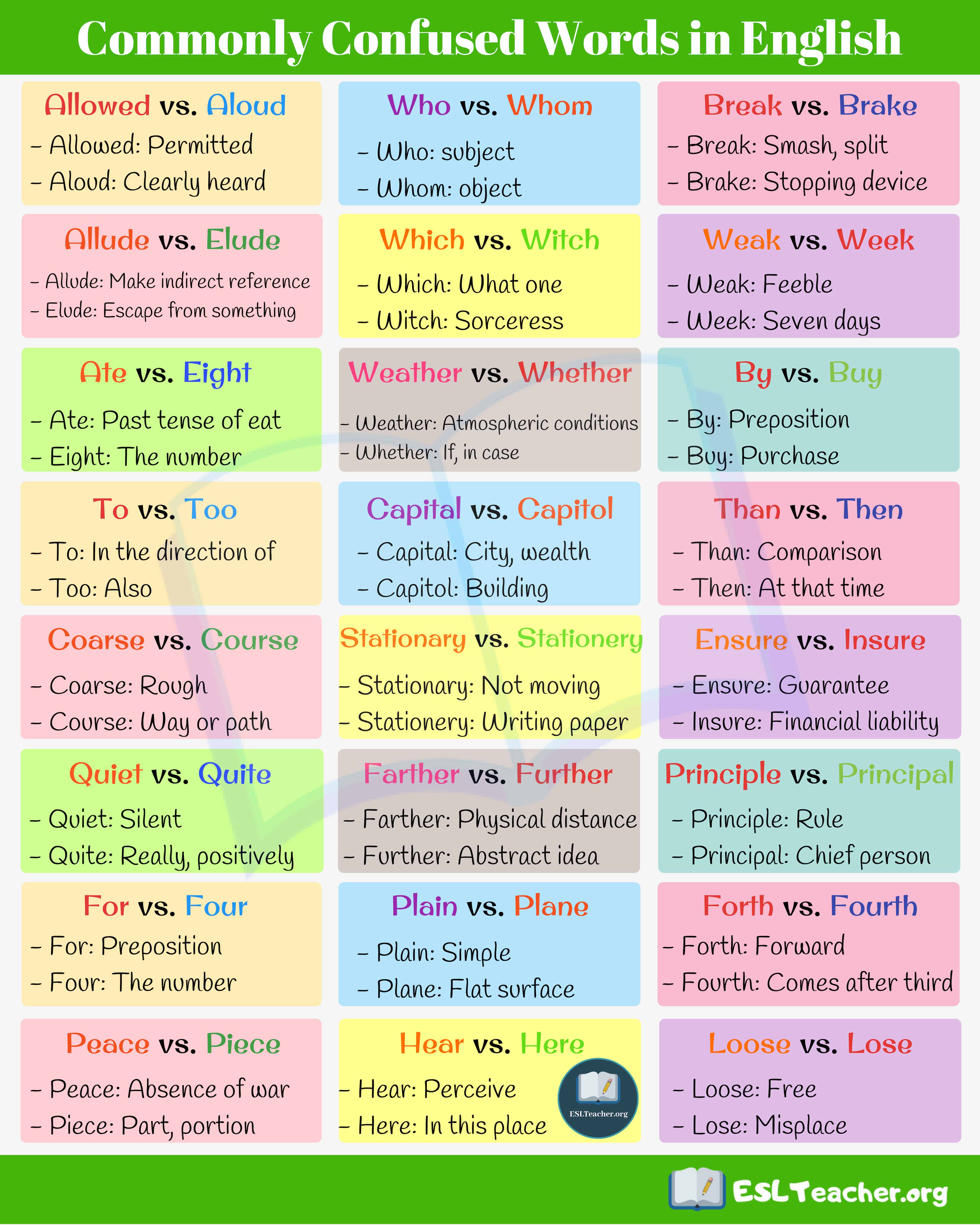 I think there is a mistake about “already vs just” table, these two words are put in wrong position.

I really loved the content, not only because it is pictorial but its loaded with examples which makes easy for a child to comprehend.

love this page, it really useful ….thanks

This website is not complete according to google search engine its need some customization
Please hire me And take advantages of my service thanks!

Looking forward to work with you

Your program is intelligible.

I liked very much this tips. Gratitude!