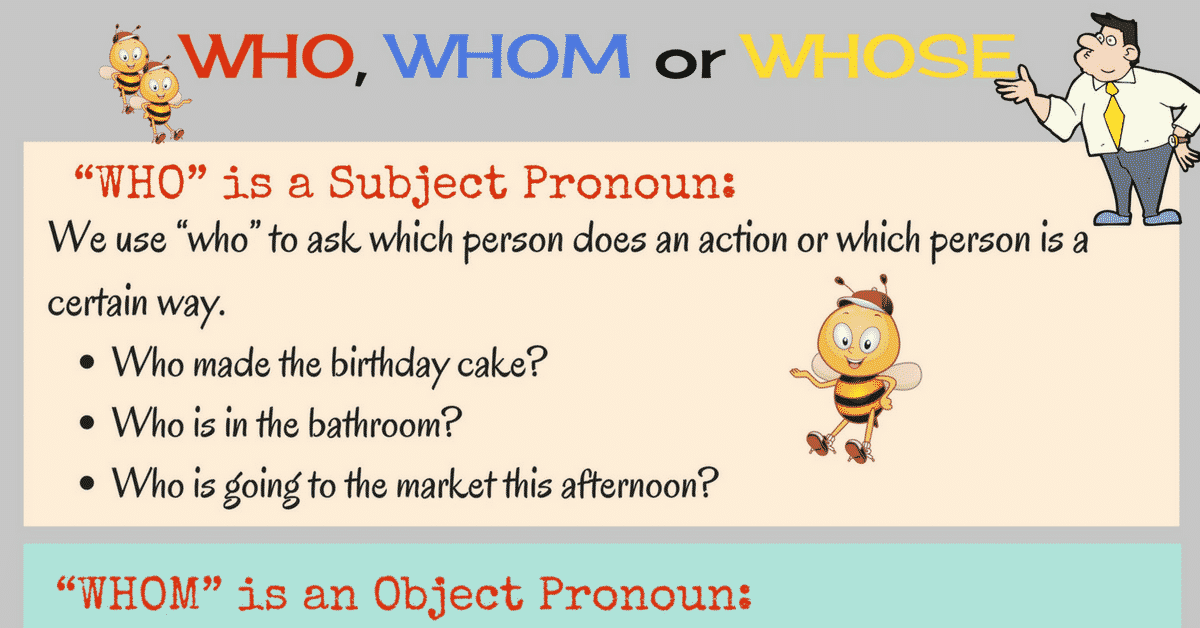 Who vs Whom vs Whose. In this lesson, we will learn the difference between commonly confused words Who, Whom and Whose and how to use them correctly.

WHO vs WHOM vs WHOSE

Difference between Subjects, Objects and Possessives

To understand how to use ‘who’, ‘whom’ and ‘whose’ you first have to understand the difference between subjects, objects and possessives.

The subject does the action:

The object receives the action:

Possessives tell us the person something belongs to:

When to Use Who vs Whom vs Whose

1. ‘Who’ is a subject pronoun like ‘he’, ‘she’ and ‘they’. We use ‘who’ to ask which person did an action or which person is in a certain state.

3. “Whose” is a possessive pronoun like ‘his’, and ‘our’. We use ‘whose’ to find out which person something belongs to. 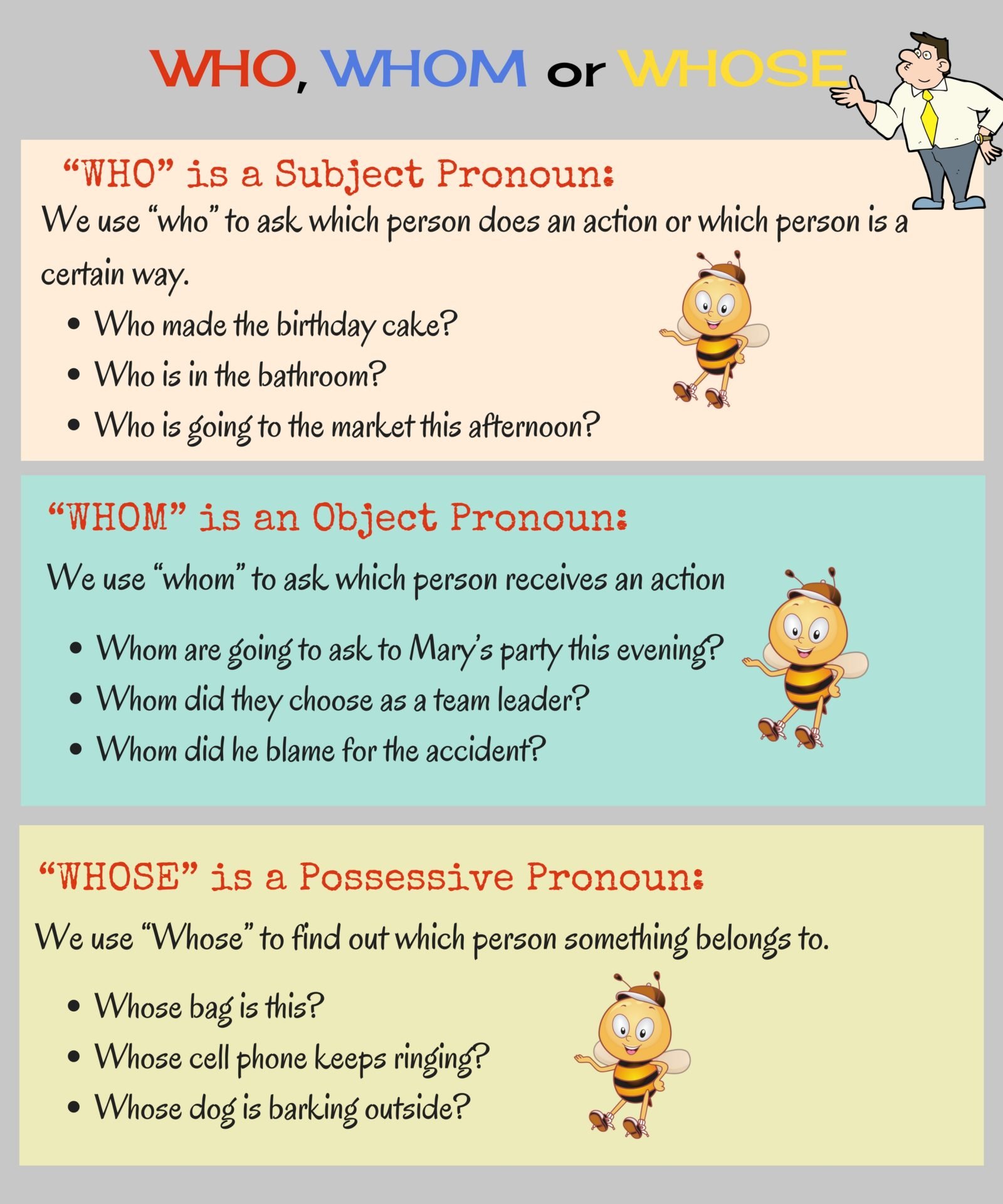 Can we have a different set of emojis to express oursleves about the lesson. Because I find this lesson very good,but confused about what should I respond about it given the limited imojis

And here we are 2 years later and they still haven’t corrected it. 🙁

I passionately read this lesson.

I passionately study this lesson.

Helpful for my Lesson