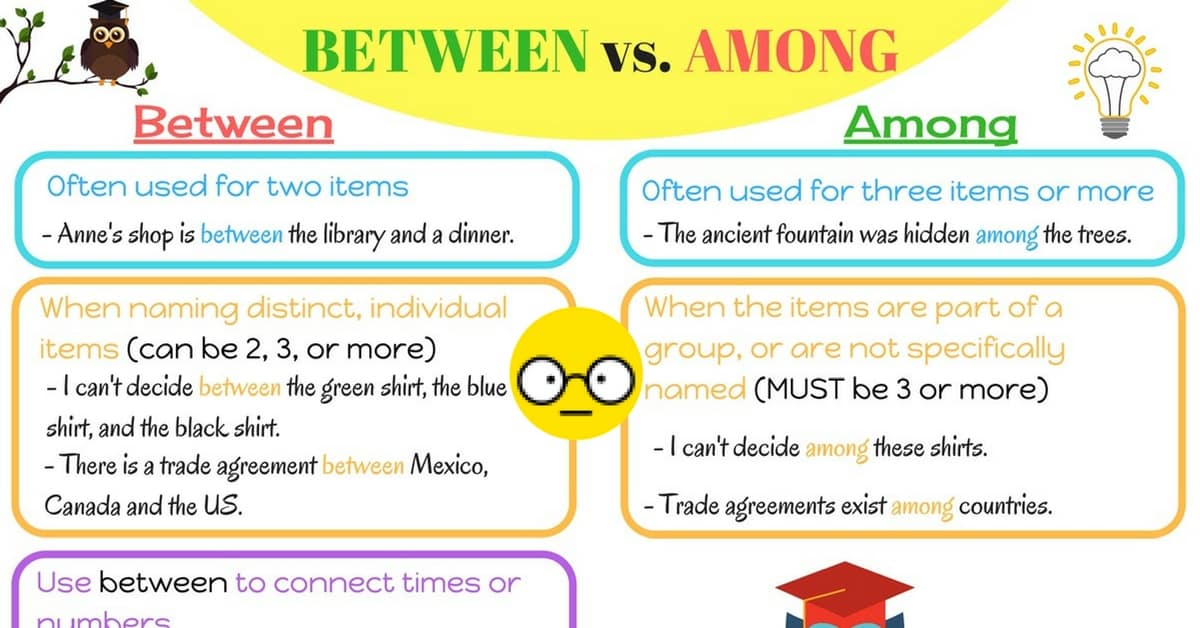 What is the difference between BETWEEN vs. AMONG?

BETWEEN vs. AMONG | English Grammar

How to Use “Between”

Anne’s shop is between the library and a dinner.

(Although between is often used between 2 things, it is not always. Sometimes between is used with more than 2 things.)

I can’t decide between the green shirt, the blue shirt, and the black shirt.

There is a trade agreement between Mexico, Canada and the US.

I walk between the trees and the house.

There is a striking difference between Jane and Mary.

(This expression is used when you want the other person to keep some information a secret.)

Between you and me, I don’t think she has a chance of getting that promotion.

How to Use “Among”

The ancient fountain was hidden among the trees.

I can’t decide among these shirts.

An elk stood among the trees.

The green apple is among the red ones.

The money was distributed among schools in the area.

Her parents, among others, were worried about her travelling alone.

Among other things, I still have to pack.

BETWEEN vs. AMONG | Image 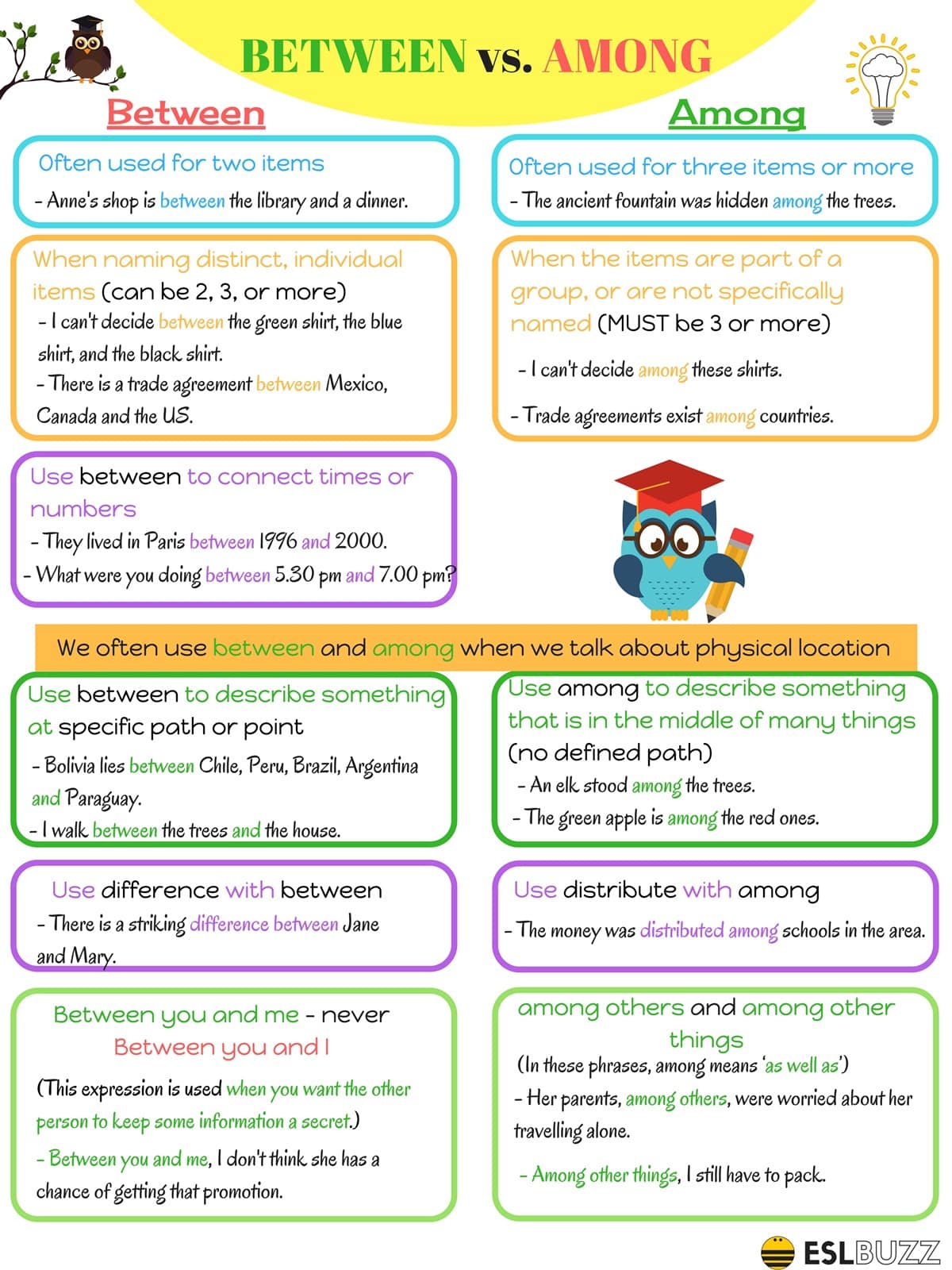